PEACH COUNTY, Ga. — Sandwiched next to a truck on the highway, we've all probably thought it once or twice: 'What if something goes wrong? What if the driver doesn't see me? What if one of those massive wheels come loose?'

RELATED: Woman dead after accident on I-75 South in Peach County

It sounds unthinkable, but on Sunday, the unthinkable happened.Truck drivers in Portugal strike over pay conditions
featured by

A truck traveling north in Peach County lost two of its wheels. One bounced across several lanes of traffic, headed for the other side of the highway.

Jennifer Thomas and her family were driving that way.

"It actually bounces over the guardian there in the median and comes down on the windshield of the young lady coming southbound," said Peach County Sheriff Terry Deese.

"She was coming through our county, so you know we feel responsible for them, we feel compassion -- the sadness of another loss," said Deese.

A day later, a deputy, a tow truck employee, and a Georgia State Patrol Trooper were back at the scene searching for the tire.

According to the trooper at the scene, they found it about 50 yards into the woods off the highway.

Sheriff Deese says these kinds of wrecks are extremely rare.

However, they're not unheard of.

According to federal data reviewed by our Atlanta station, 11Alive, loose tires cause about 3 accidents every day on American highways.

Still, in Deese's nearly 40 years with the sheriff's office, he says this is only the second time he's seen a wreck like this.

Successfully making sense of such a seemingly random accident?

He says that's even more rare.

"There is no way to make sense of it," said Deese.

He added that investigators believe the truck driver was not speeding at the time of the accident.

GSP is investigating what caused the tires to come loose.

The rest of Thomas' family was not seriously injured. 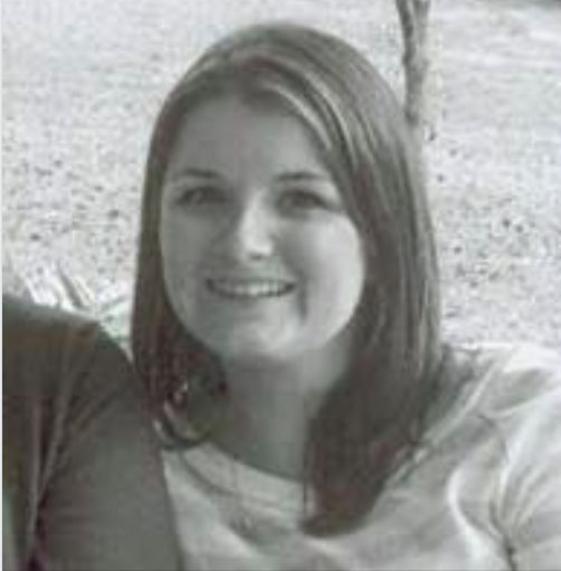 For God's sake,  why are we the only ones, our organization is trying to expose statistics and facts.  We are asking questions as to why so many truck, trailers, boat trailers, horse trailers and utility trailers losing so many rims and tires.

What exactly is defective?  We demand answers

Why Are So Many People Trying To Shut Us Up? 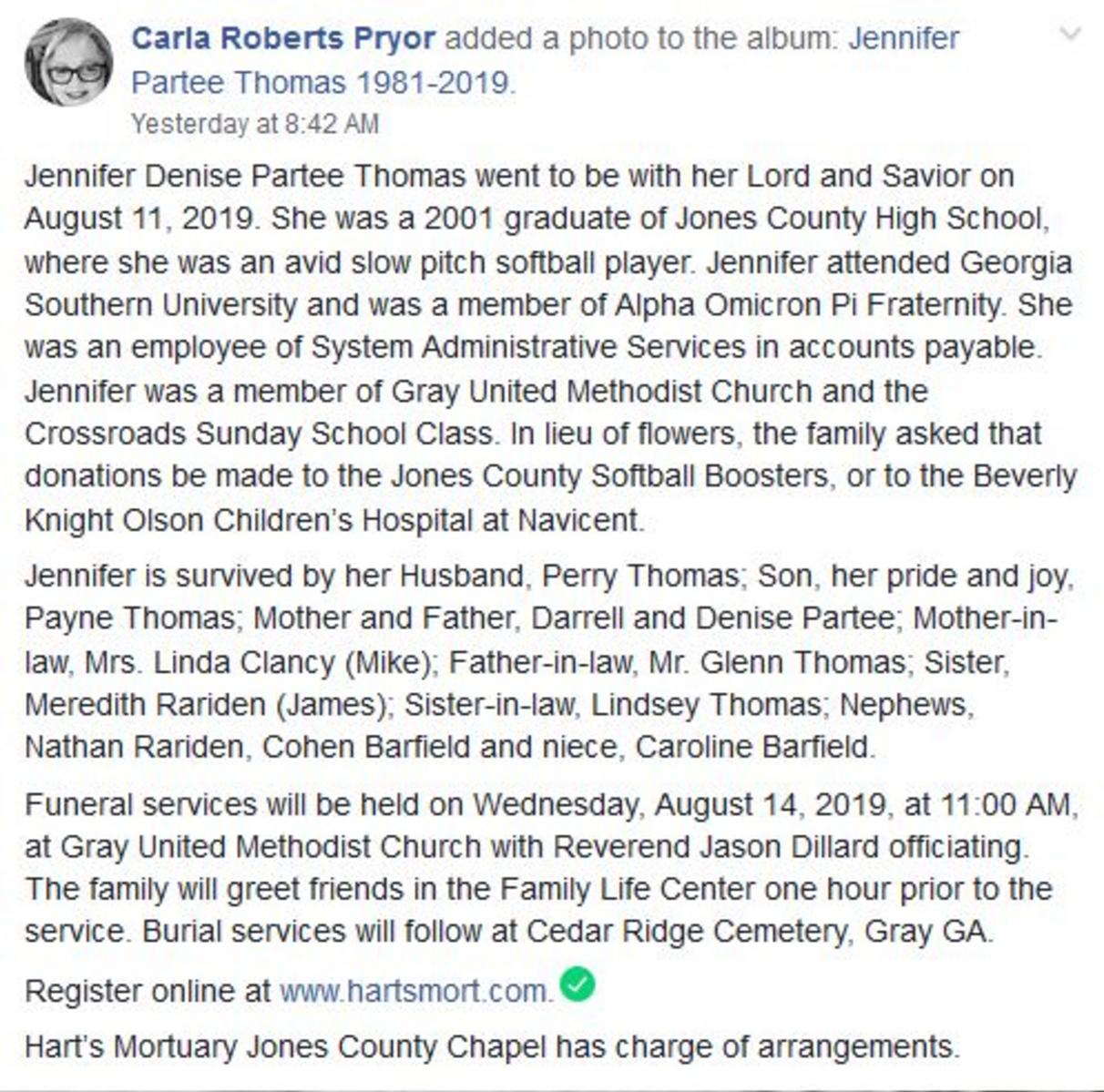 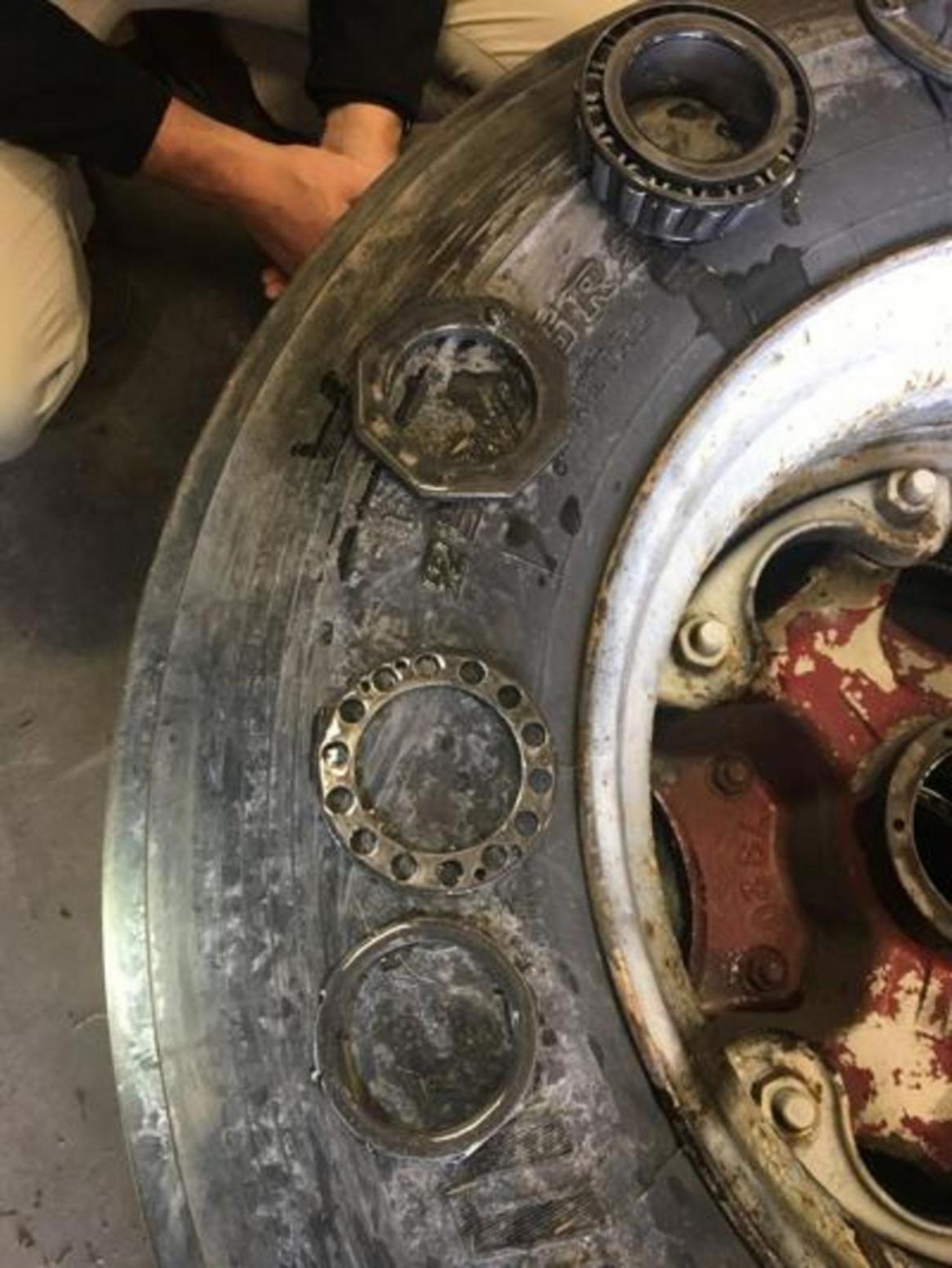 Evidence From Another Accident Key Evidence That Did Not Go Missing 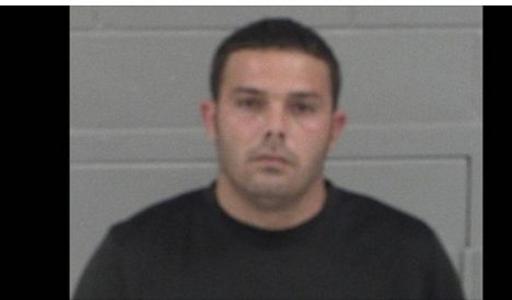 Even More On Detective Ben Campbell Note Maine Will Not Release Their Report Why? Click Here 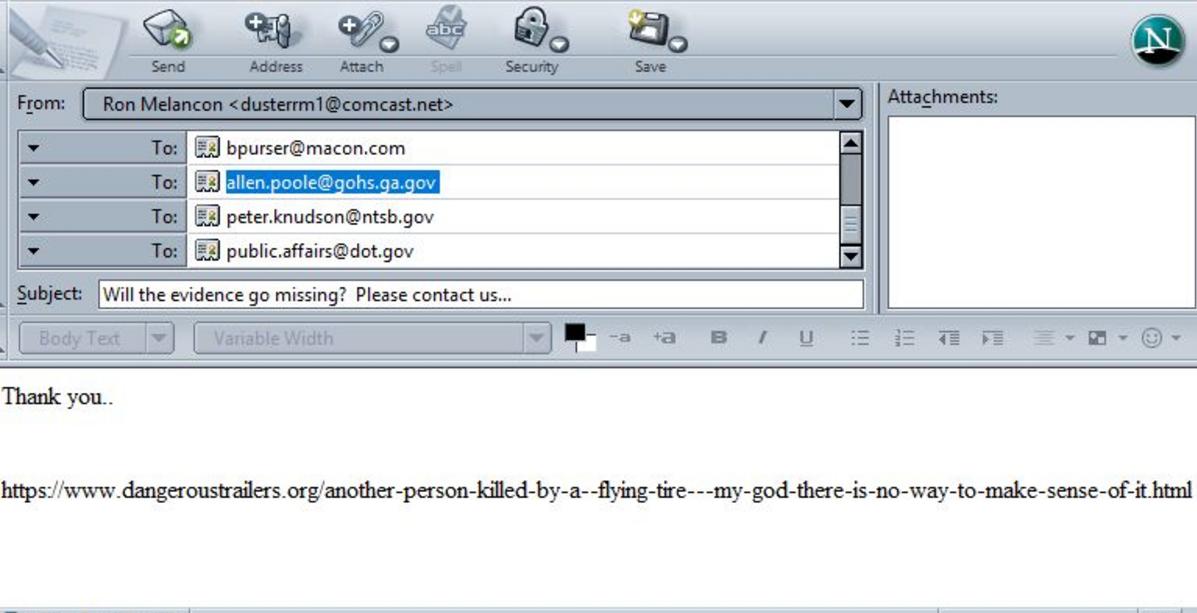 Maine State Trooper Killed Part Four Exposing The Total BS Media Naritive Click Here
Enterprise Employee Killed By A Loose Tire And Rim And Even They Will Not Help Us Why?

This is who she was:

The driver of a tractor-trailer rig has been charged with second-degree vehicular homicide, a misdemeanor, in a Sunday crash in which a tire from his rig crashed through the window of a woman’s sports utility vehicle and killed her on Interstate 75 in Peach County.

One of the tires went over a 5-foot-tall concrete median and crashed into a southbound 2019 Acura MDX, Rooks said.

“It took most of the top off the vehicle,” Rooks said.

The Acura then struck the left side of another tractor-trailer, with the impact causing the SUV to strike the median, said Franka Young, Georgia State Patrol spokesperson.

The car’s driver, Jennifer Thomas, 36, of Gray, was killed instantly in the crash, Rooks said. Her child and her parents suffered non-life-threatening injuries, he said.

It’s not known why the wheels came off the 18-wheeler, she said.

In addition to charges brought by a state trooper against Bello, charges are also pending through the state Department of Public Safety’s Motor Carrier Compliance Division, Young said.

Bello, who has not yet had an arraignment, remained jailed Wednesday afternoon at the Peach County Law Enforcement Center, Peach County sheriff’s Maj. Kenny Cameron said in an email.

Telegraph archives were used in this report.

Becky Purser478-256-9559
Becky Purser covers breaking and Houston County news. She previously covered crime and courts for Houston and Peach counties for The Telegraph. A graduate of the University of Tennessee-Knoxville with a bachelor’s degree in communications/news-editorial sequence, Becky also has covered city and county government for Georgia, Tennessee and Virginia newspapers.

Support my work with a digital subscription

Killed By This Man Driving A Tractor and Trailer With Defective Equipment?

What failed? Time and time again our police reconstruction teams keeps loosing key evidence and the industry makes these defective products disapear and get lost.  Then they give us hell trying to find the reports so we can develop a "Best Practice And Prevent Further Deaths"

Another Man Killed By A Loose Tire And Rim And Again Nobody Wants To Address Why?
View on Mobile