Enterprise Rent A Car Employee killed by loose flying defective tire and rim from a poorly maintained and or constructed utility trailer and they do not care?  Years ago we sent them our information and asking for support they never responded and now the very same thing we have been trying to prevent now happens to their own employee....will they call us now?

KANSAS CITY, Mo. — The Missouri State Highway Patrol said Tuesday that no charges will be filed against the man whose wheel detached from his trailer, crossed over a median, hit another man’s windshield then caused him to crash.

The online crash report says Michael J. Skali was headed south on I-435 near I-35 around 11:30 a.m., Thursday, Jan. 26 when a wheel broke loose from a trailer being towed by a pickup heading north on I-435. That wheel flew up into the air, crossed the median and struck the driver side windshield of the Chrysler Town and County Skali was driving.

The impact caused Skali to run off the left side of the road and into a concrete barrier. He died at the scene.

The driver of the pickup truck was not hurt.

Both drivers were wearing their seat belts.

Skali’s wife, Sylvia, told FOX 4 that her husband was supposed to be off work when the crash that claimed his life occurred. She said he was retired but worked part-time for Enterprise Rent-A-Car. She says her husband was transporting a car at the time of the crash.

Once Again The Police Are not releasing photo's of the trailer or doing an crash team report as to why the trailer tire and rim shered off the axle and causesd this.  Who are they protecting?  We have defective trailers on our Nations Roads...

It happend before...Click the button 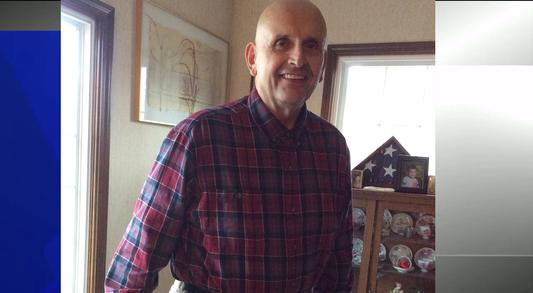