See The FAILURE....WHY DID THIS CRITICAL METAL FRAME FAIL? 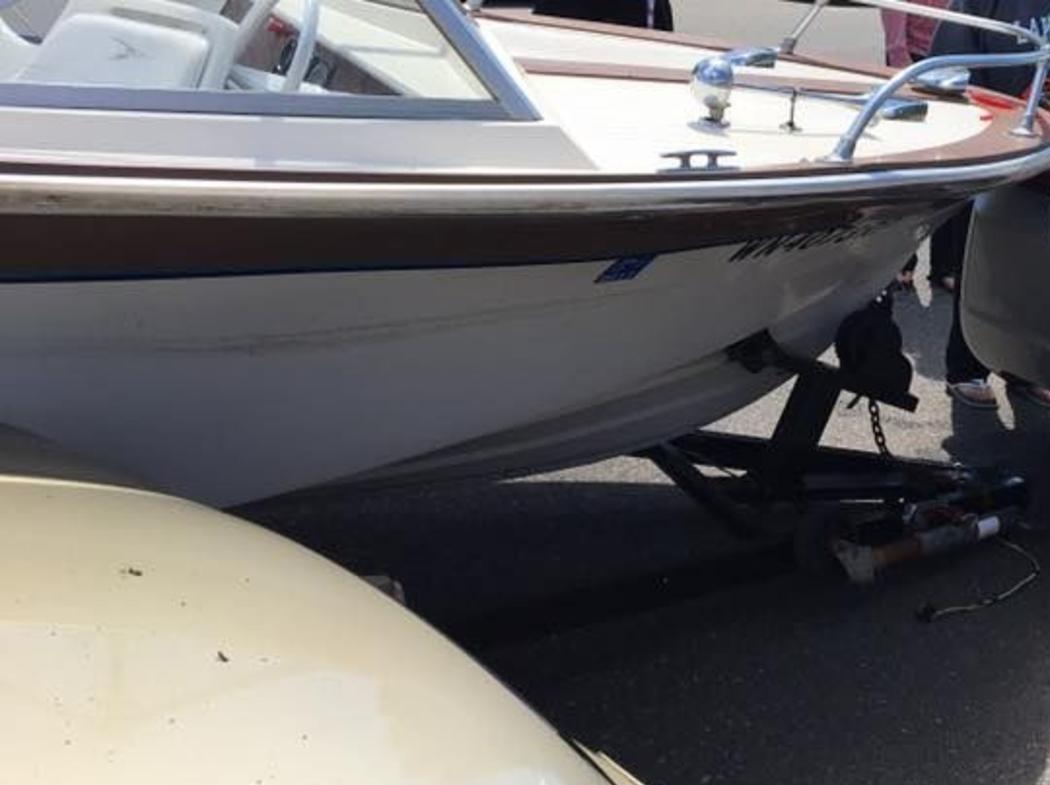 Stunning Photo Showing A DEFECTIVE BOAT TRAILER WITH A SHEERED OFF HITCH.

We are issuing a nationwide saftey alert....on this boat trailer something the Federal Government Will Not Do!  We even have a horse trailer company that refuses to take back a defective horse trailer.  When the time is right we will reveal who the company is. 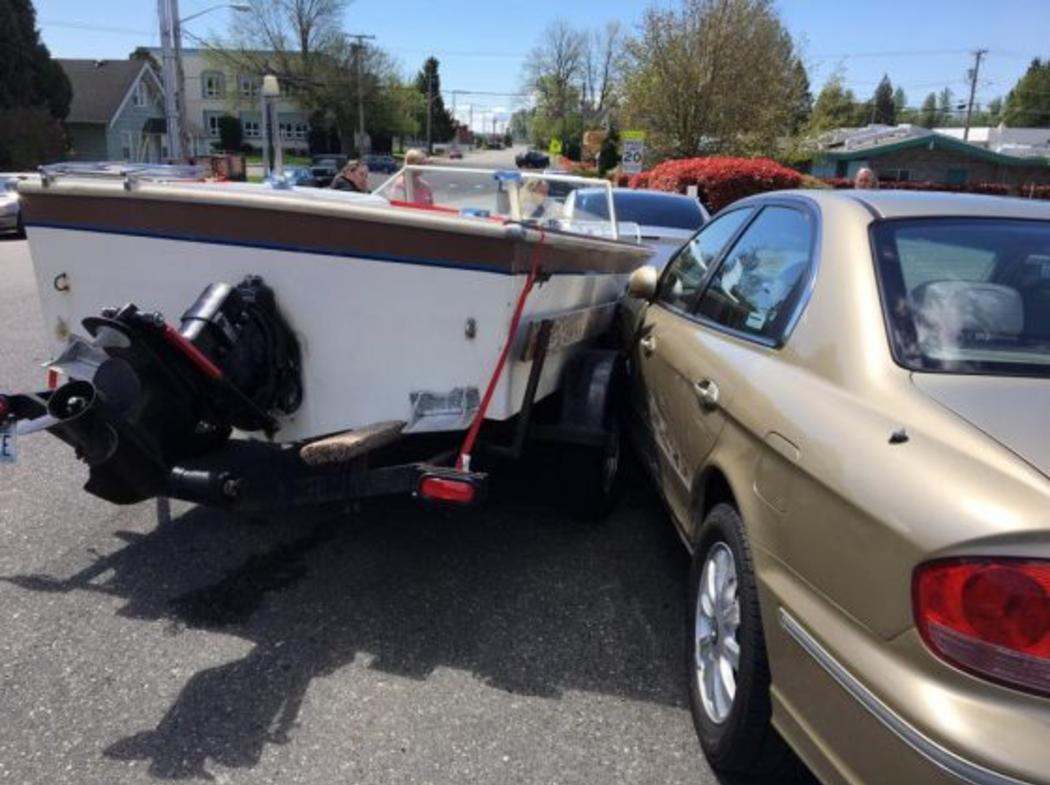 No one was injured this afternoon when what appeared to be a 16-foot recreational boat on a trailer left the pickup truck towing it and took off on its own down 2nd Avenue from Main Street.

According to Ferndale Police Sergeant Kevin Davis, a pickup towing the boat on the trailer was turning onto 2nd Avenue from Main Street when the trailer broke free. The trailer with the boat on it continued down 2nd Avenue until it slid into two parked cars causing damage to itself and the two cars.

Davis said a weld on the trailer had broken causing it to separate from the pickup truck.

Visible in pictures from a reader (see below), one parked car was struck in the front-left panel and its front bumper was partially detached and the bow of the boat broke the left-rear taillight lens of the other parked car.

Davis said both cars were able to be driven from the scene but the boat had to be loaded onto a flatbed tow truck to be taken to the owner’s home.Runaway boat collides with two parked cars 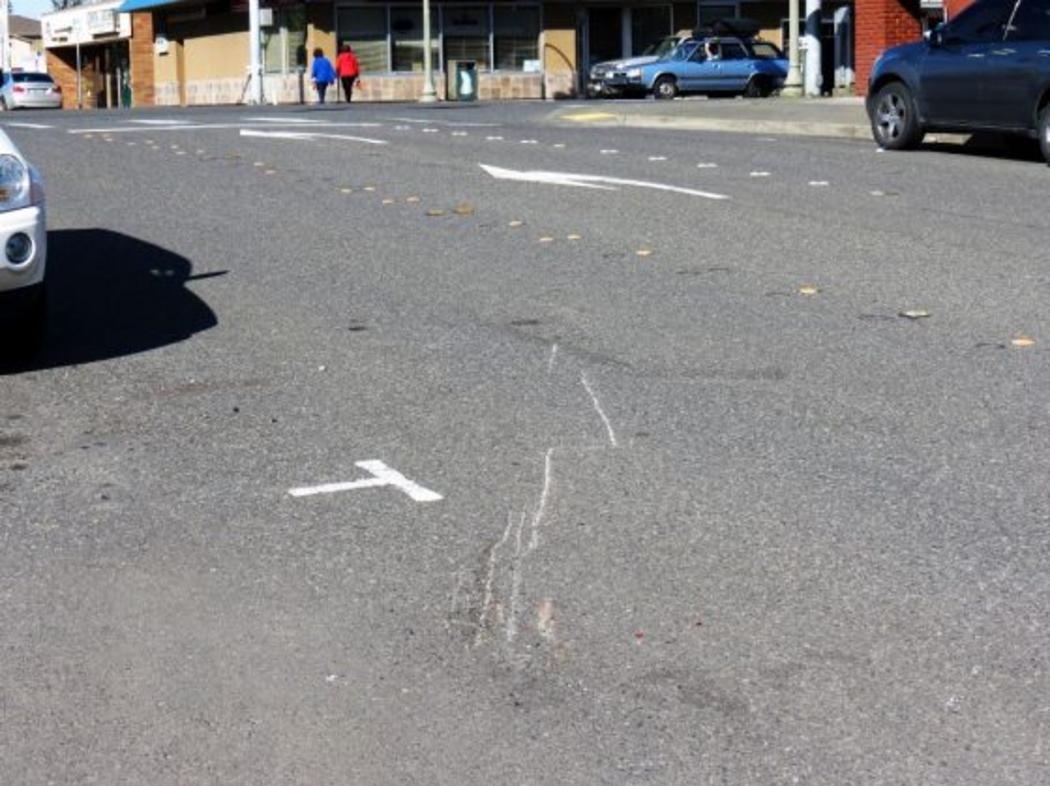 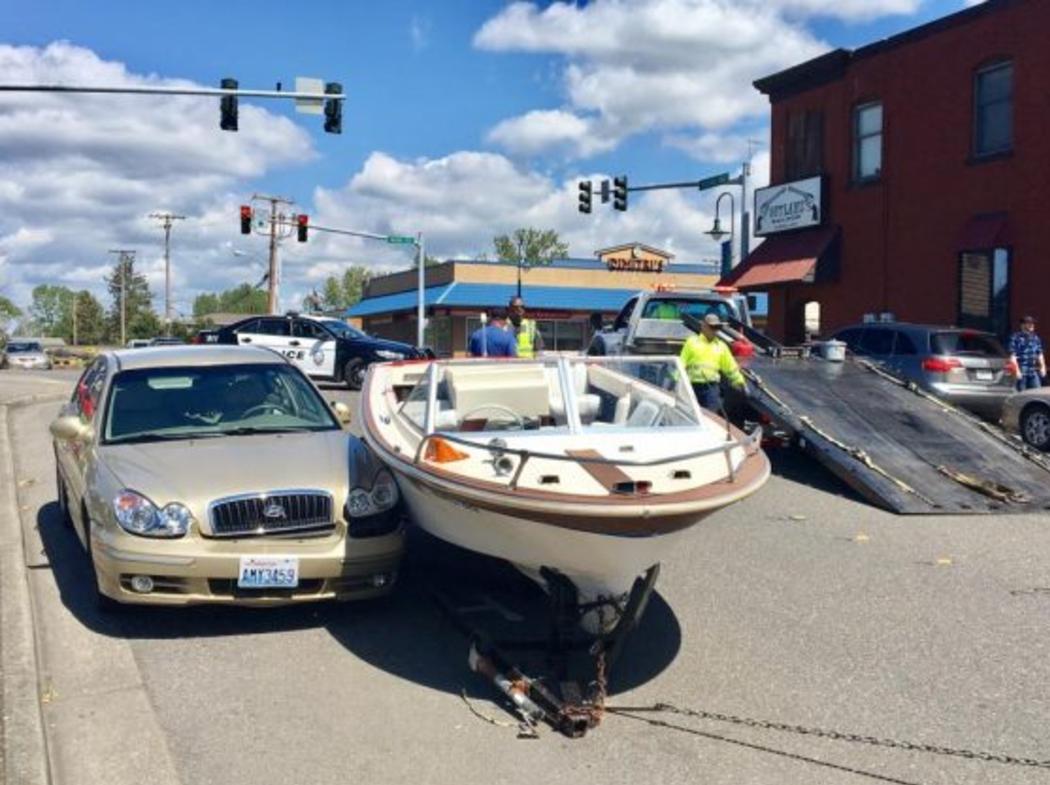