Our Letter To The Governor Of Kentucky

And Here Is A Solution...Shame On You If You Do Nothing To Protect Your Property.  The Lawmakers And The Police Are Not Going To Do Anything But This Company Can Help.

As an elected official elected by the people of Kentucky, who has been sworn to protect lives, property and the constitution of the Commonwealth of Kentucky...I call on you to issue a proclamation.

Thieves are targeting not only Visiting School Children From New Jersey...but also Boy Scout Trailers but anybody's trailers and we have many examples of who, what , when, where and why....but to make matters simple, we will highlight 3 immediate issues.

One- The Commonwealth Of Kentucky  is the number SEVEN (7) in the Nation for stolen trailers. This state needs to be called out.

The reality is that the Commonwealth Of Kentucky is somewhat complicit. As well as 12 other states in inflicting damage to these good hearted folk and budding entrepreneurs.  The Commonwealth Of Kentucky chooses not to title trailers, meaning, very few have license plates attached …. Or even a means for law enforcement officers to make effective inquiry of the various computerized lookouts / wants for stolen property. Think about it … as a Highway Patrolman, on I-64, coming behind a utility trailer headed to a flea market in Kentucky to sell “stuff”...there is no method WHATSOEVER for that officer to make a computerized inquiry to establish reasonable cause which leads to probable cause and an arrest / recovery. YOU ALL hamstring law enforcement inflicting further harm on your residents.

Two-Farmers can simply slap on a "Farm Use" tag on any trailer that may be stolen and the police never question these trailers. In fact, they can even tow a trailer without "Safety Chains" and possibly kill a person who may have voted for you.

On the breaks, on the access roads of I-64  I counted 48 trailers that were being towed by a Kentucky  tagged vehicle.....but the trailer lacked any tag....or even working lights....not even a "Farm Use" tag.....no police enforcement.

This is why your Citizens needs to be aware of what is going on and what steps your office is going to take to address this massive fraud and safety issue not only on our family but your citizens.  People who can steal a trailer in 30 seconds and get away with it.

We are ready to help....we are not fake news....you have been sworn to protect the Citizens of Kentucky from harm. Are you going to ignore our cause? Eventually the people will find out, despite the lack of news coverage.

We are calling you out sir.....because we Americans will never give up exposing how careless and hartless our political leaders are.

Now the Story....everyone of you lawmakers needs to be ashamed....and we are going to hold you responsible for every preventable trailer theft....you sir.....have been sworn to protect your Citizens...it's about time you act.  The News Media is not going to cover this....but we will.

LOUISVILLE, Ky. (WHAS11) -- Their hands move quickly across the table, snapping small plastic bricks together or typing away on a tablet, but their minds move even faster.

These are some of the brightest young engineers in the world competing at the Vex Robotics World Championship being held in Louisville.

With the competition drawing to a close, many are working on putting the finishing touches to their robotic projects, but one team from New Jersey is working on a different timeline.

"Putting all that hard work into building the robot and programming it and perfecting everything, and then you have to do all that in less than 24 hours is kind of shocking," Kaia Thelwell said.

Thelwell, 13, is one of the students on Robot Revolution, an afterschool program in Summit, New Jersey, competing in this weekend's competition. Thelwell said she started working on this project back in September, competing in several regional and national competitions before qualifying for the world competition. Sunday morning, the team received some bad news - their trailer, which contained all their projects and materials, was stolen from outside their hotel.

"I was like, "Whoa, I cannot believe that actually happened to me of like all people,'" Thelwell said. "I finally get to worlds and then this happens."

According to Chris Marbaix, the owner of Robot Revolution and the stolen trailer, about $35,000 worth of equipment was stolen, but the experience of a lifetime robbed from the children does not have a price.

"That's what makes me sick more than the monetary loss it is for us," he said. "It's really the sickening feeling for these kids."

But with the new obstacle standing in their way, the students did not fold. Instead, this became another problem that needed to be solved, and thanks to some last-minute supplies, the team was able to start from scratch.

"This is more of a problem than I would have hoped for these kids," Marbaix said.

"We didn't cry or anything because we knew that we could build another one," Thelwell said.

"This is what we have and this is what's happening, so you have to just do it," Ari said.

The team said it hopes the trailer is returned before judging Monday evening. It has filed a police report and tells WHAS11 surveillance video from the hotel has also been turned over to police. 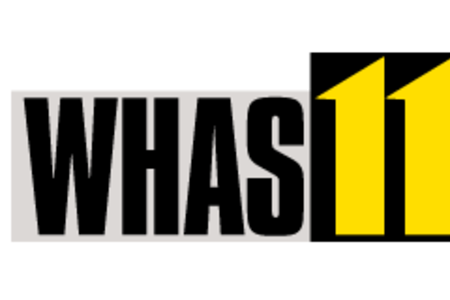 Since The Governor Of Kentucky May Or May Not Issue A Declaration Of Theft Alert We Will Do It For Him. Yet Another $35,000 Trailer Stolen In Louisville From A Children's Competition Team.  New Jersey.... The Mob Could Not Do Better Than This...Tony Saprano Would Be Envious.