The driver of a jeep (4X4) is set to end up in court after being pulled over by Gardai for allegedly towing a trailer without the correct licence.

Pulled over by Gardai based in Co. Wexford, the driver was also on his mobile phone while driving.

According to a tweet from the official Garda twitter page, the driver did not hold a valid BE driving licence.

The type of trailer a driver is allowed to tow depends on which licence they hold, the Road Safety Authority (RSA) states.

A category B driving licence allows you to drive a car, van or 4X4 where the maximum weight does not exceed 3,500kg. This licence type allows you to tow a trailer weighing less than 750kg.

If the trailer – being towed by a person with a category B driving licence – weighs in excess of 750kg, the combined maximum weight of the towing vehicle, trailer and its load must not exceed 3,500kg.

Meanwhile, a category BE driving licence allows you to tow a trailer where the combined maximum weight of the towing vehicle and trailer is greater than 3,500kg.

Generally a category B licence does not entitle the holder to tow a horsebox or a livestock trailer, because the combined maximum weight would exceed 3,500kg, the RSA explained.

The holder of a category B learner permit may not tow any trailer, it added. The maximum speed limit for a vehicle towing a trailer is 80kph, this applies on all roads.

The RSA also advises that farmers and those towing trailers ensure they are aware of the towing capacity of their vehicles and that trailers are in safe working order.

The RSA also advises that farmers and those towing trailers ensure they are aware of the towing capacity of their vehicles and that trailers are in safe working order...... Memo...in The United States you can tow a trailer with "Duct Tape" and never get pulled over in 6 States.

Henrico County VA has a Violation Rate of over 60% of each and every trailer has one or more safety violation and the County Of Henrico VA...does not care. 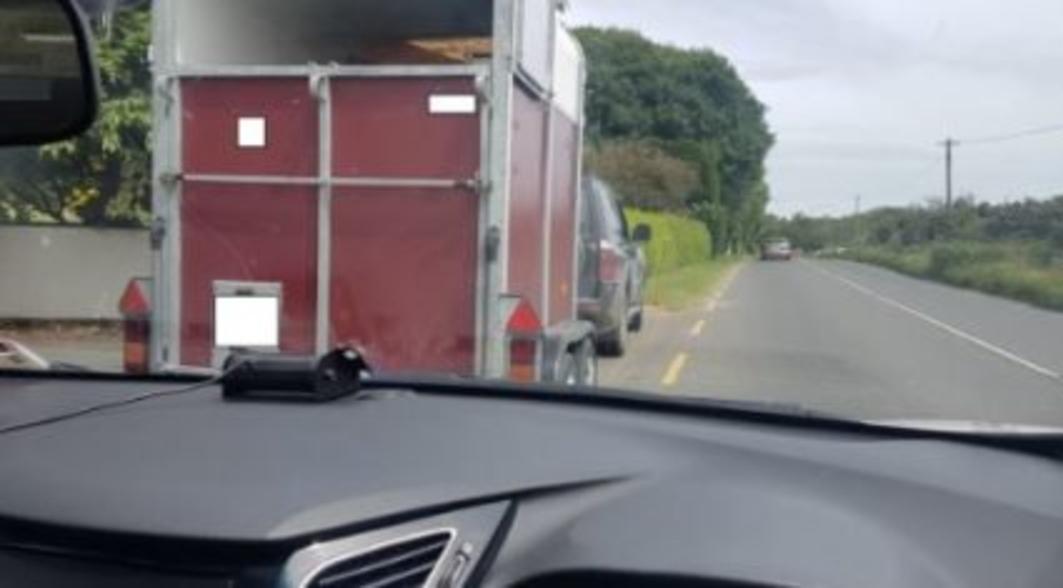