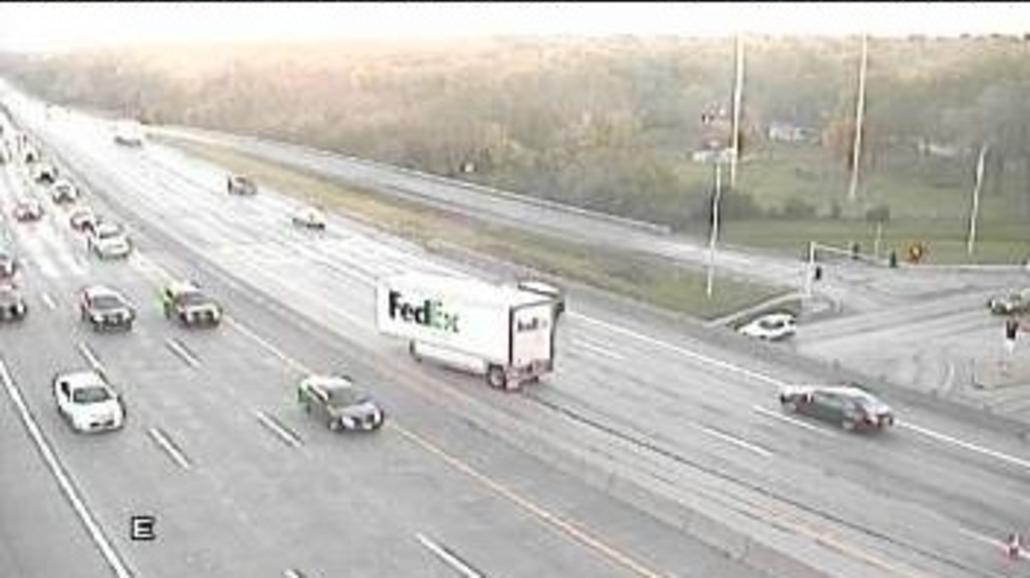 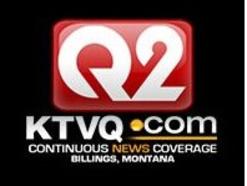 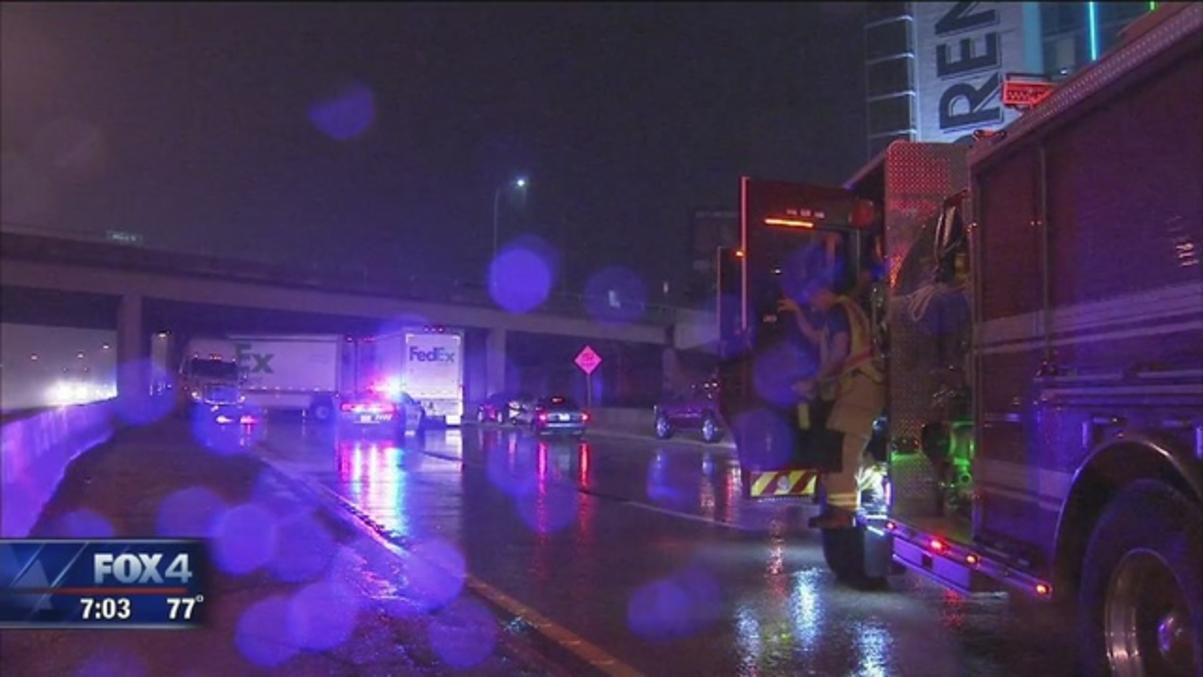 Note: Wet Weather Did Not Cause The Trailer To Disconnect .....Defective Trailers Did

FOX 4 traffic reporter Chip Waggoner has been reporting on problems on the roadways all morning. Follow him on Twitter

Just before 7 a.m. a major accident in Carrollton blocked all main lanes and the express lanes of southbound Interstate 35E closed at Belt Line Road.

From traffic cameras, it’s clear the crash involved at least one 18-wheeler but no other details were immediately available. Accident investigators are now on the scene which likely means it involved serious or fatal injuries.

The backup is growing in that area at a huge rate. It’s best to avoid it if possible, Chip said.

The driver of the 18-wheeler was pulling double trailers. He said his rear trailer was empty and as he was driving it broke loose from the road due to the rain. That caused the entire rig to skid out of control.

No one was hurt in the crash but there were some spills. A HazMat crew had to clean up the road after the 18-wheeler was pulled away.

A second crash in the westbound lanes also caused delays. 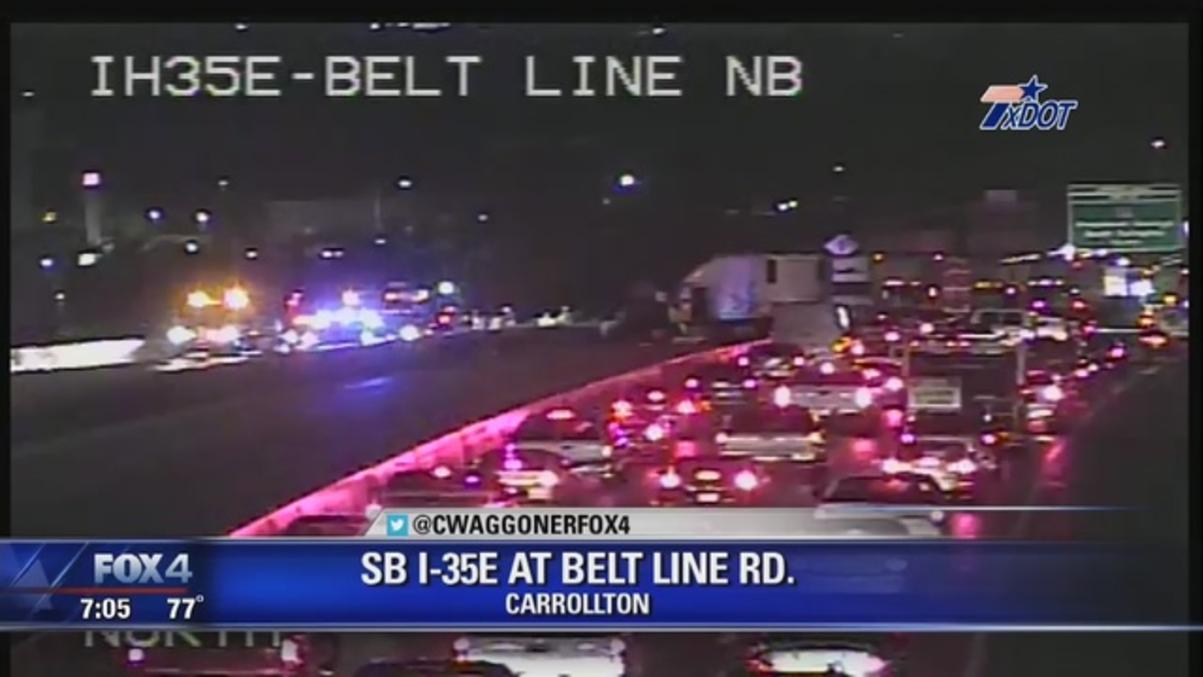 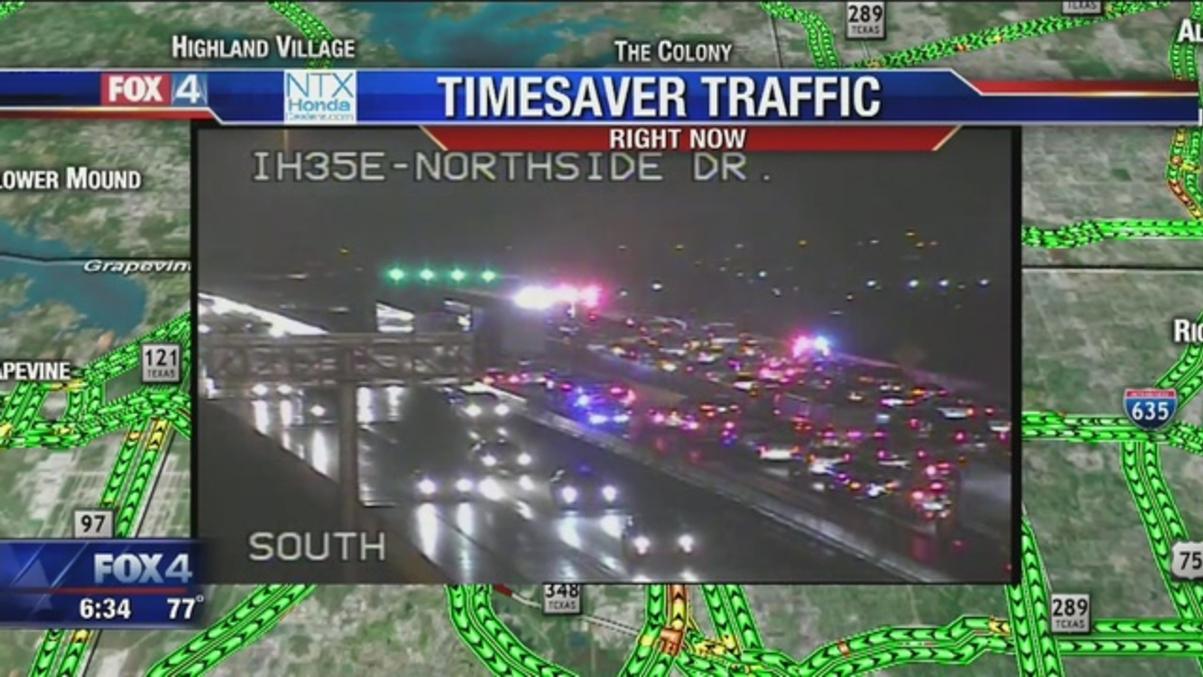 Why are FED EX trailers keep coming off and nobody is addressing? Eventually A loose FED EX truck trailer will come loose and kill children on a school bus and maybe then they will listen. 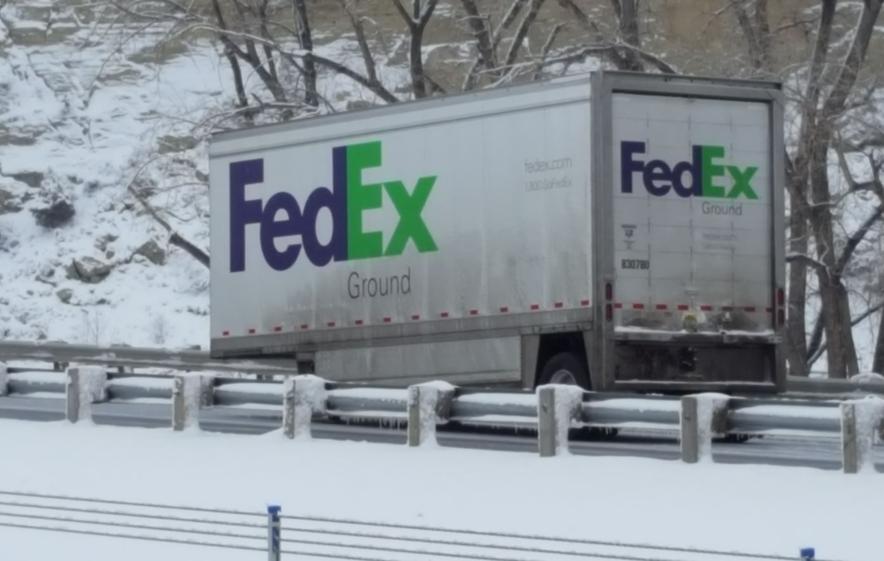 The trailer was cleared and both lanes were reopened shortly after 9 a.m., according to the Montana Department of Transportation.

The Montana Department of Transportation reports a FedEx truck going over the Yellowstone River Bridge lost its pup trailer. The trailer was blocking one lane of the highway.

There was no immediate information about possible injuries.

This is a developing story. Check back for updates.

A FedEx trailer apparently came loose from a tandem 18-wheeler Thursday morning on I-470 at Blue Ridge Boulevard.

Motorist assist crews helped block the far left lane of the highway where the trailer ended up.

No other motorists were hurt.

The truck hauling the trailer was not at the scene. It’s not known if the driver realized that the trailer came off the truck.