The Head Office for the Otago Daily Times is in Dunedin with satellite offices located around the region.

Our regional offices can help with any local questions regarding your subscription, delivery, advertising and more. Regional Offices are open Monday to Friday 9am – 4pm.

Note A WOF....is a Warrent Of Fitness also known as an Inspection of a trailer.  The United States Does not have any safety standards for trailers under 3,000 pounds and we keep asking why are FARMERS excluded from safety standards on public roads?

Click Here To See The Crash Team Report Her Head Was Decapitated Do We Have Your Attention Now?

A runaway cabin which crashed into a Mosgiel salon had no warrant of fitness, police say.

But the cabin owner disputes the police claim. Sergeant Kevin Davidson, of Mosgiel, said police had established the trailer carrying the cabin in Mosgiel on January 31 had a broken safety pin attaching the trailer to the tow bar of the ute.

The runaway trailer veered to the left, away from oncoming traffic, hit the veranda of Headway Design salon and came to rest in vacant car parks.

"It’s believed this pin broke shortly before the driver turned into Factory Rd and the trailer came free and rolled into the shop front," Sgt Davidson said.

"This is concerning and while no-one has been arrested or charged at this stage, inquiries into the matter are ongoing."

Just Cabins Dunedin owner Adam Stewart said the trailer had a Wof and a Just Cabins staff member gave police details of a "redundant" trailer, which had been stolen.

The correct Wof information was given to police last week, he said.

When contacted yesterday, Sgt Davidson stood by his statement that the trailer had no Wof when it crashed into the salon.

NZ Transport Agency spokesman Andrew Knackstedt said each trailer with a cabin  was treated as a separate vehicle.

Consequently, each trailer needed an individual registration and Wof.

However, if any trailer was on private land and  not being used on a public road it did not need a Wof or registration.

A WorkSafe spokesman said as the crash was on a public road rather than a workplace it was not subject to a WorkSafe investigation. 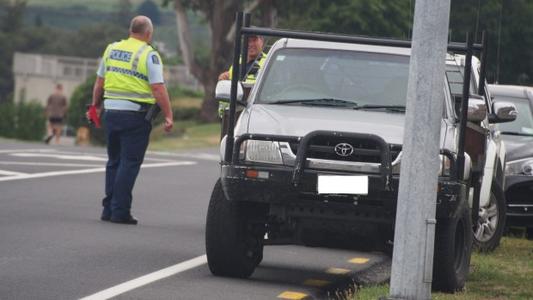 Another Loose Unispected Trailer Almost Kills Again It is Not Inspected! 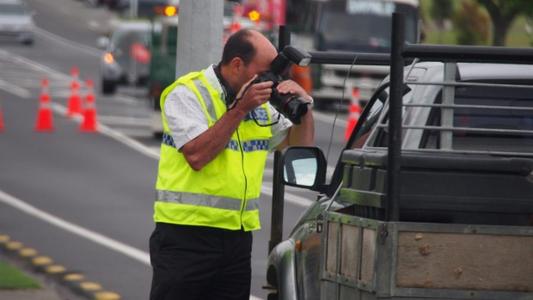 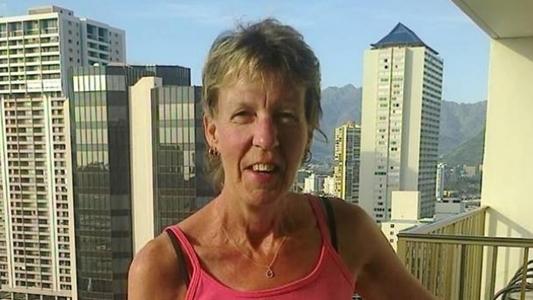 No National Safety Standards For Trailers In The United States, England, Australia, New Zeland  And Worldwide.  Time and time again our evidence proves that most people do not maintain their trailers....and even builds them homemade in order to save money.  This decision does not cause harm or destruction on the owners of the trailers they kill and destroy and cause havoc on innocent people who never had a choice and that is the reason why we need an inspection on every utility trailer when it is used on public roads no exclusions for FARMERS or anybody else.

A rogue trailer that ploughed into a woman in Taupo should not have been on the road, court documents show.

Marie Hyslop was in Taupo for a Huey Lewis concert when her life was changed forever.

On the morning of January 28, Hyslop was struck by the rogue trailer after it broke free from its towing vehicle on Lake Terrace.

The crash left her with two broken legs, punctured lungs and a range of other serious injuries that required urgent treatment at Waikato Hospital.

Dean William Haycock, the owner of the trailer, and Alexander William Klein, the driver and Haycock's employee, have been charged with dangerous use of a motor vehicle causing injury and appeared in Taupo District Court on May 25.

The summary of facts paint a sequence of shoddy safety procedures when coupling the trailer to the vehicle.

At 7.30am Haycock helped load the trailer with building supplies at a Huka Falls address.

The trailer's warrant of fitness had expired in December 2014 and it was in an unwarrantable state.

This meant the safety chain was ineffective.

The trailer was also loaded with too much weight at the back causing the front to kick up slightly as it travelled.

In a statement Haycock said he had attached the safety chain and shackle to the best of his memory but when asked if he had placed a screw in the shackle Haycock did not have a "clear memory of doing that".

Klein did not perform his own safety check before driving the vehicle on the road.

"I didn't physically or visually check the connection before I left the property," Klein's statement read.

"Dean had said it was okay so I didn't check it."

He drove to town, from Huka Falls Road, and was heading along Lake Terrace when the trailer came loose from the Hilux.

The loaded trailer careened across the centre line of the road on a collision course with Hyslop who was out for a morning walk.

A warning was shouted out by those nearby but it was too late.

Hyslop was struck by the trailer from behind. The impact left her with broken legs, fractured vertebrae, broken ribs and punctured lungs.

Hyslop had a lengthy stay in Waikato Hospital following the accident and is recovering in a brain rehabilitation centre in Wellington.

Klein has been convicted of careless use of a motor vehicle causing injury and awaits sentencing. No conviction has been entered for Haycock as an application for a discharge without conviction was expected to be entered by his lawyer Stuart Hickman.

Sentencing will occur on July 6.