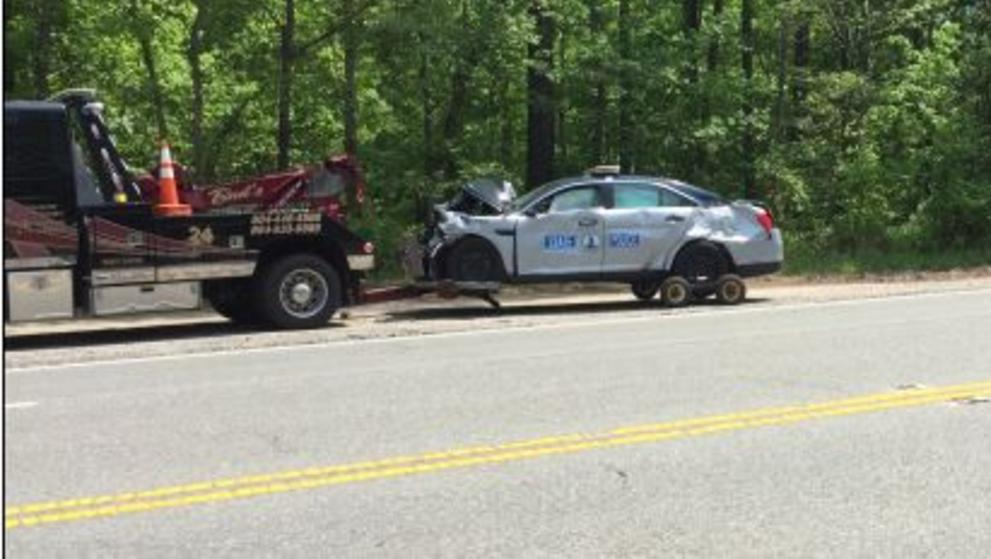 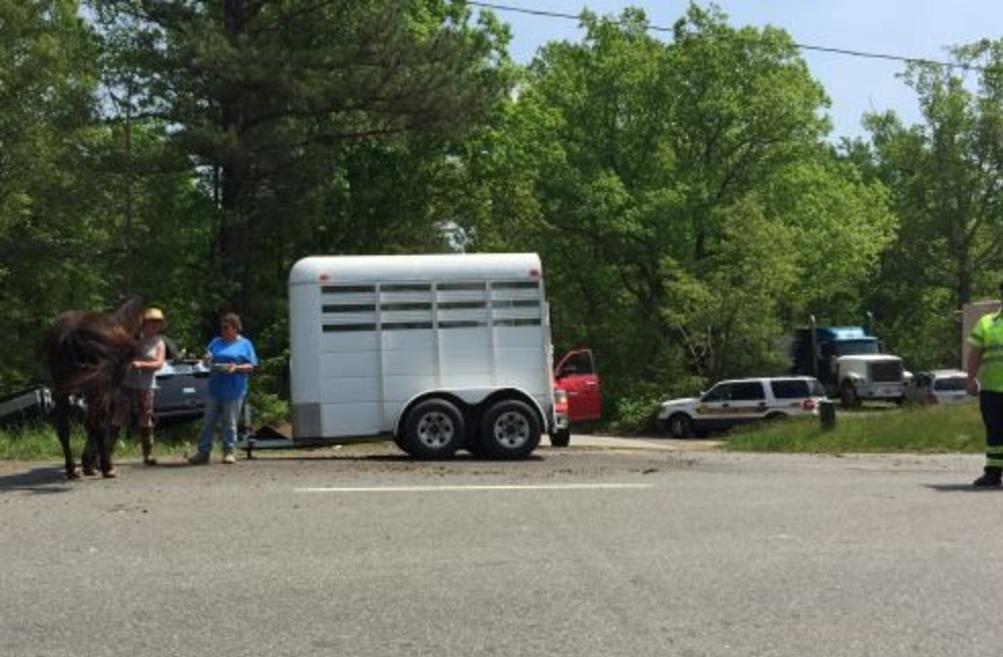 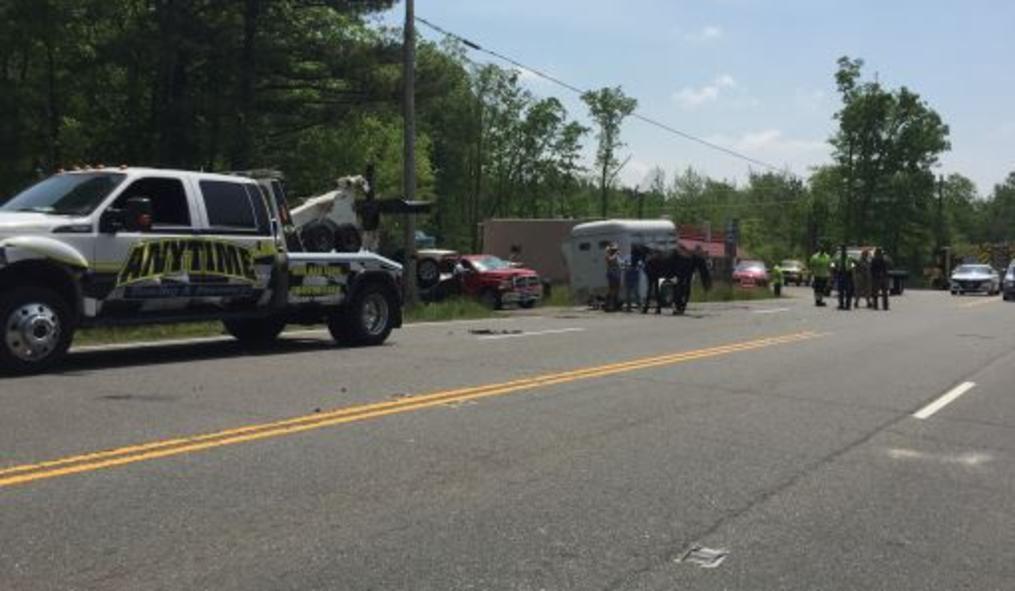 A crash Saturday morning between a marked Virginia State Police cruiser and a pickup truck and trailer hauling horses along U.S. 1 in Caroline County ended with one of the animals having to be put down.

The crash happened at about 11 a.m. at U.S. 1 and Paige Road when there was a collision between the trooper’s Ford Taurus and an F–150 pickup pulling a horse trailer, according to state police Sgt. Stephan Vick.

The pickup overturned, Vick said via text. One of two horses was ejected from the trailer and thrown into another car.

That horse had to be euthanized at the scene, Vick said.

It appears that the other horse made it through the crash uninjured.

The pickup’s driver was uninjured, but a passenger was taken to Spotsylvania Regional Hospital for treatment of minor injuries.

The trooper also was taken to the hospital to be examined.

State police did not release any other details on the crash, which is under investigation.