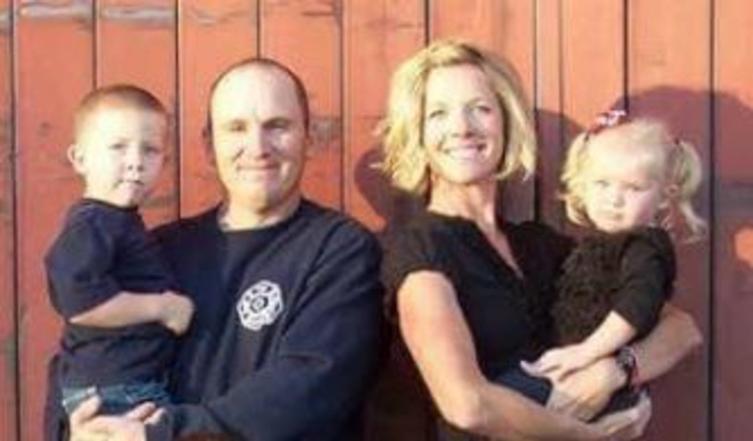 The men riding in Paul Ortega’s work truck Friday evening told deputies they had been drinking the night that the truck drifted into oncoming traffic, causing a deadly head-on wreck, according to the Sandoval County Sheriff’s Office.

The fiery crash killed Ortega and all four occupants of the SUV he crashed into – a retired firefighter, a stay-at-home mom and their two young children.

Ortega’s passengers, deputies said, who were going home on U.S. 550 after a landscaping job in Albuquerque admitted “they had consumed alcohol prior to the collision.” It is not clear whether Ortega was also drinking, and a Sandoval County Sheriff’s Office spokesman said Monday deputies were still waiting for toxicology reports.

Court records show Ortega, 47, was accused in 2012 of drunkenly driving an off-highway vehicle, though he took a plea deal that dismissed the DWI charge, and in exchange he pleaded guilty to another count stemming from the same incident.

Deputies said the head-on crash Friday, which happened on U.S. 550 about 15 miles outside Cuba, left the family’s SUV and Ortega’s Freightliner truck severely damaged and caused the SUV to burst into flames.

The sheriff’s office released more details Monday about the accident, identifying Ortega as the driver of the truck and releasing the names of those in the vehicle with him. Amador Jacquez, 50, Jacob Martinez, 26, and Daniel Gonzales, 35, who were riding with Ortega in the Freightliner, were injured and hospitalized.

The four inside the SUV, whom friends and family identified as Jimmie and Melissa Crawford and their children Grant, 4, and Chace, 2, died in the fire.

Lt. Keith Elder, spokesman for the Sandoval County Sheriff’s Office, said Monday that medical investigators are still working to positively identify the SUV’s occupants, but “all of the investigative leads and information strongly indicate” the Crawfords “are the victims.”

Elder also said in Monday’s statement that Ortega owned the work truck, which was pulling a trailer carrying a Bobcat landscaping unit at the time of the wreck. Elder said that around 8 p.m. Friday the northbound truck crossed into southbound lanes, hitting the family’s SUV head on.

Federal court documents allege Ortega was carrying a gun while driving an off-highway vehicle drunk on Forest Service land in Rio Arriba County. The documents also said that Ortega had a previous felony drug conviction that barred him from possessing a firearm.

He pleaded guilty to being a felon in possession, and federal prosecutors dropped the remaining DWI charges, according to a plea agreement. In court he said he picked up the gun after an ATV rider ahead of him dropped it.

Ortega was fined $5,000 and sentenced to one month in prison followed by seven months in a “location monitoring program,” during which he was allowed to work, according to court documents.

Some attempts to reach family members were unsuccessful and one family member declined a Journal interview request.

The Crawford family was driving from their home in Aztec to Albuquerque for a weekend soccer tournament.

Jimmie Crawford, 44, had recently retired from the Farmington Fire Department. Melissa Crawford, 40, was a teacher before she decided to stay home with her children.

Melissa Crawford had two older sons who were not in the SUV at the time of the wreck and are staying with their father, family members said.