IDAHO FALLS, Idaho (KIFI/KIDK) - UPDATE 6/29/17 3:00 p.m. Dirk Johnson was arraigned on charges of vehicular manslaughter in Bingham County magistrate court Thursday. He posted $1,000 bond and has been released from the Bingham County Jail.

Johnson is scheduled for a pretrial conference before Judge Ryan Boyer in Blackfoot on July 25.

An Idaho Falls woman has died and one man has been arrested following an accident Wednesday evening south of Idaho Falls along Interstate 15.

The accident happened around 4:55 p.m. south of exit 113 near the Church Road overpass.

Idaho State Police say, "Dirk Johnson, 59, of Idaho Falls, was traveling northbound in an empty gravel truck in the construction zone when traffic began to slow.  Johnson was unable to slow down and veered into oncoming traffic.  Shirley Williams, 65, of Idaho Falls, was traveling southbound in a Dodge 2500 pickup truck pulling a horse trailer.  Mark Weidner, 44, of Pocatello, was traveling behind Johnson in a Nissan Maxima.  Johnson struck Williams' pickup truck head-on, struck the horse trailer, then struck Weidner's vehicle.Williams was transported by ground ambulance to Eastern Idaho Regional Medical Center where she succumbed to her injuries.  The horse in Williams' horse trailer died from injuries at the scene of the crash.  Johnson and Weidner were not injured.  All drivers were wearing seat belts.

Next of kin have been notified.

UPDATE 10:45 p.m. Police have confirmed the driver hauling the trailer is Shirley Williams.

UPDATE 9:45 p.m. - Police confirmed one person died in the accident.

UPDATE 6:00 p.m. - The Idaho State Police says a horse died in a three-vehicle crash on Interstate 15 near exit 113 in Idaho Falls Wednesday evening.

The accident happened around 5:30 p.m. south of exit 113 near the Church Road overpass.

Idaho State Police say the crash involved a white car, a semi hauling a dump trailer and a pickup hauling a horse trailer.

ISP says the semi crossed center line, hitting the pickup truck and trailer. The Semi jackknifed and hit a white car.  This section of Interstate 15 is under construction, with northbound and southbound traffic down to one lane each on a single side of the freeway.

A horse was ejected from the trailer and died at the accident.

According to police, an ambulance took the driver of the pickup to Eastern Idaho Regional Medical Center. 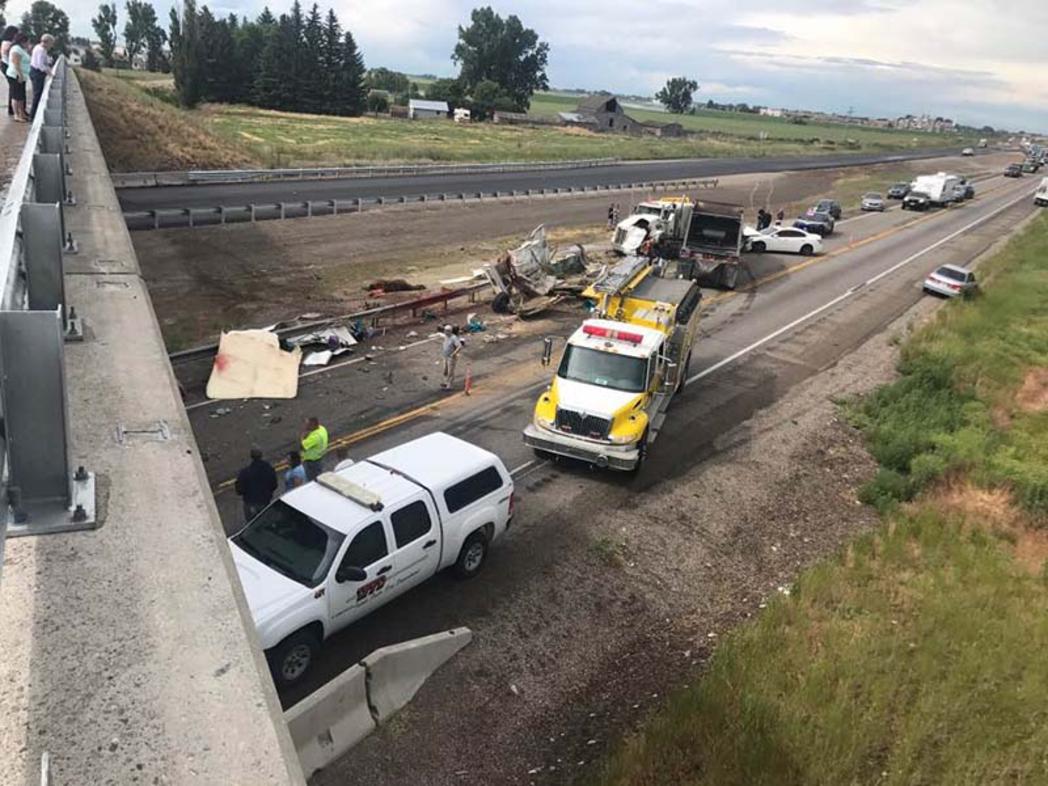 LEXINGTON, Ky. (WKYT) - A crash has claimed the life of a Lexington middle school teacher.

The Bibb County Sheriff's Office says a tractor trailer hit and killed Judy Stacy on Interstate 475 North in Georgia around 1 a.m. on Friday. The department reports that Stacy's husband lost control of their vehicle and came to a stop in the center lane of the highway. Stacy and her two children got out of the vehicle and ran toward the shoulder when a tractor trailer hit her.

The coroner pronounced Stacy dead at the scene. The family from Nicholasville was returning from Florida.

The Fayette County School System confirms that Stacy was a teacher at Beaumont Middle School. She was a nine-year veteran. Beaumont Associate Principal Jerry Barrowman released the following statement:

"Our Beaumont family lost a wonderful friend and outstanding teacher very early this morning. Eighth grade teacher Judy Stacy was traveling home with her family from a Florida vacation when they were involved in a tragic traffic accident in Georgia.Judy Stacy grew up in the Beaumont community. She was a 24 year veteran educator. For 15 years, she taught social studies in Bourbon County. In 2009, she returned to her childhood schoolhouse at Beaumont Middle School to teach eighth grade social studies. To her students she was a mentor and surrogate mother. To her colleagues, she was an inspiration and a friend. Her contribution to the classroom has been profound, and the legacy of her influences on countless students, parents, and teachers will stand as a testimony to a life exceptionally lived." 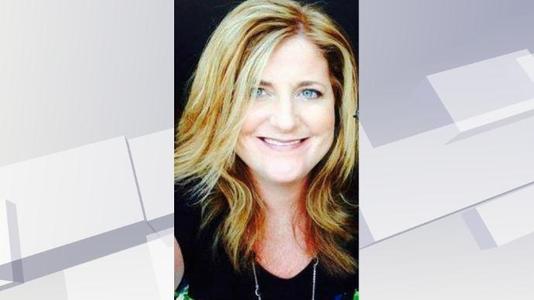 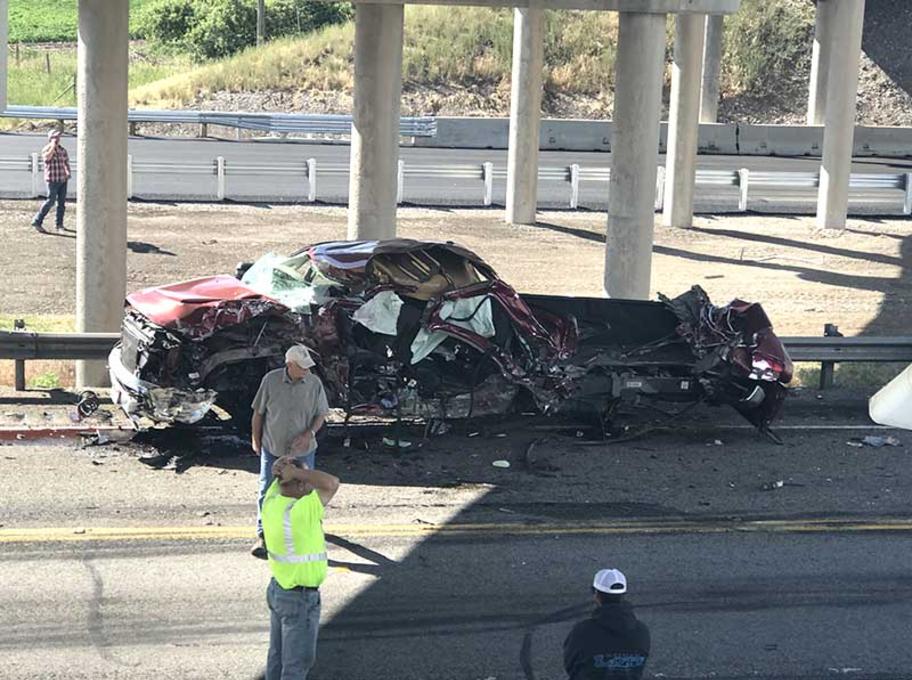 [Karen Murray]
Karen Murray Interesting perspective from the overpass view(once I got past the morbid parts).
It makes me wonder what the outcome would have been if the accident would have happened away from that guardrail(open stretch of highway kind of thing).
Like
· Reply ·
1
· June 29 at 8:51pm
Remove
[Lisa Newton-Schmitt]
Lisa Newton-Schmitt Probably worse (severe traumatic injury but still alive) as it looks like the horse came through the window. I'm not positive but the window looks pretty nasty.
Like
· Reply ·
1
· June 29 at 10:18pm
Remove
[Ron Melancon]
Write a reply...
[Ron Melancon]
Ron Melancon good point the vehicle would not have been squashed....I do believe the guard rail caused more damage ....
Like
· Reply ·
2
· June 29 at 8:54pm 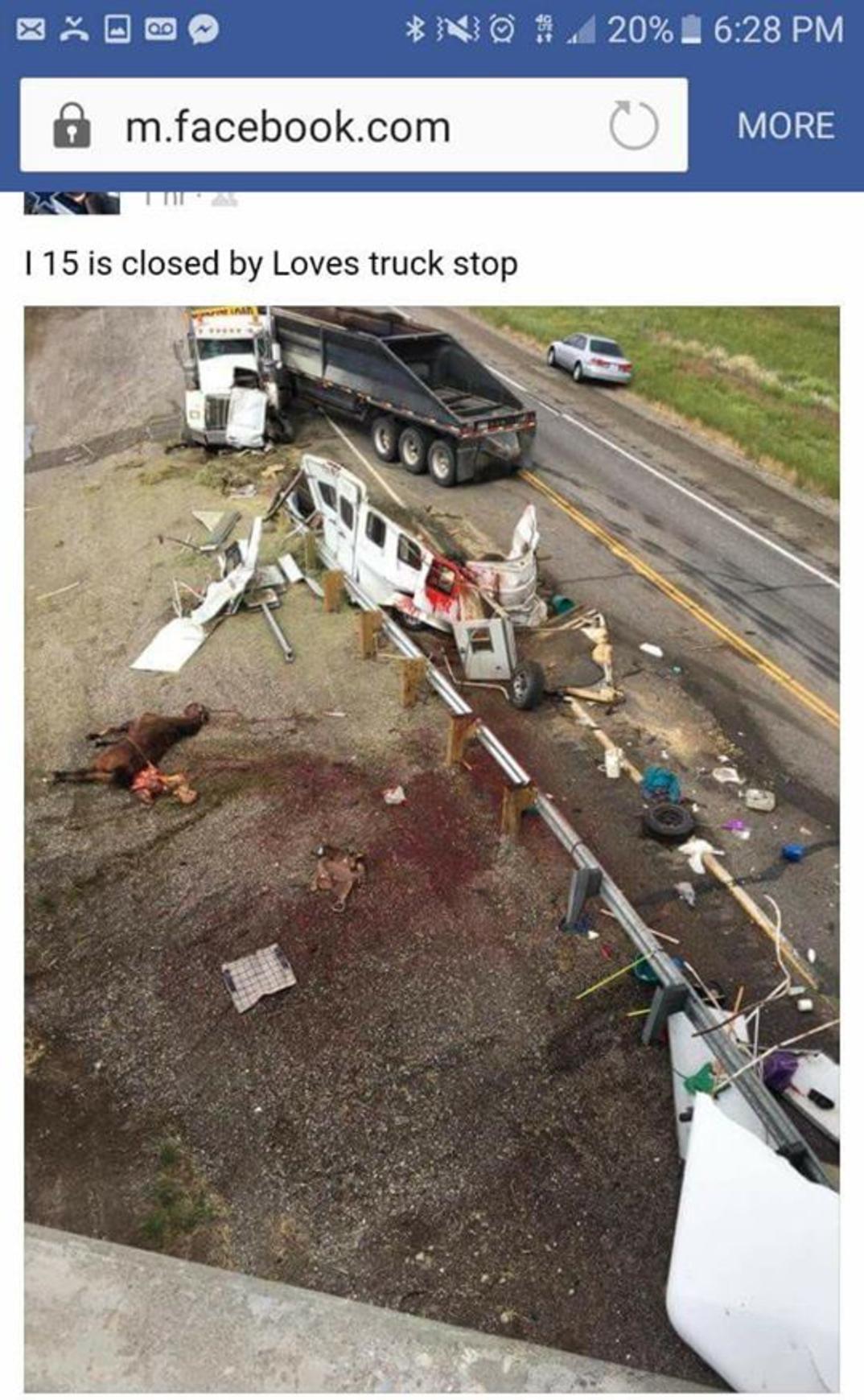 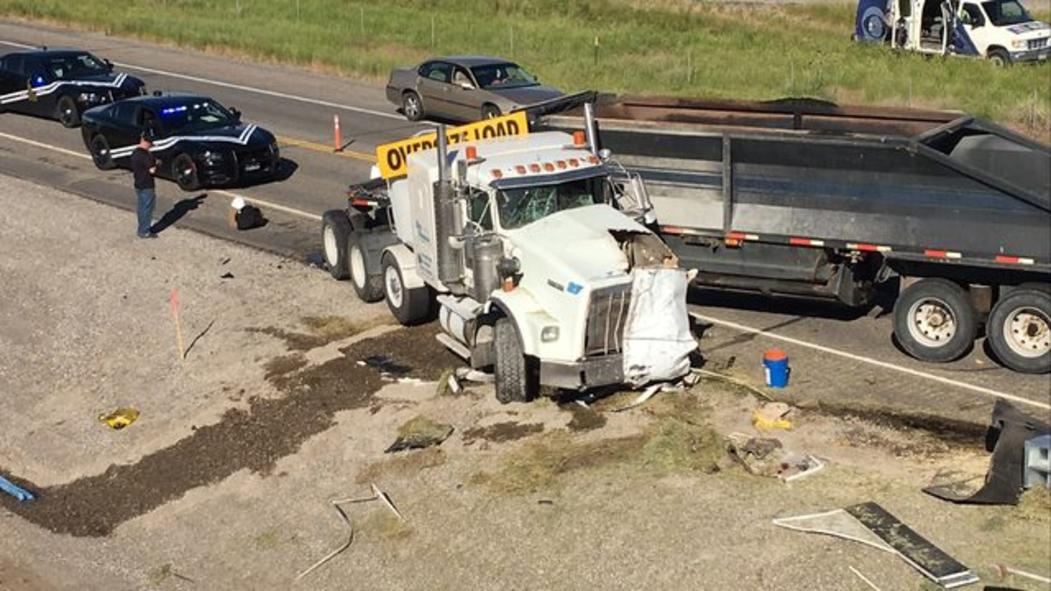 Question:  Did The Ridged Guard Rail In Both Of These Accidents And Deaths Contributed And Or A Factor In These Deaths?

NASCAR Has Safer Barriers Then Why Not Safer Guard Rails?

Woman and horse killed, One man arrested in I-15 crash