We simply ask...why no action in the United States?

Our political safety leaders are more interested in Donald Trump's Tax Return.....and the "Russians" than these facts:

Take the average life worth...witch NHTSA has states is about 8,000,000 dollars times that by 24,548 dead all by "Passenger Cars That Tow Trailers"  and no political safety leader in the United States has the same drive as

You might say why no family in the United States Wants to have the same drive as "The Hussey's"  It is because when we do have a family who wants to help us...the Insurance Industry pays them more to "Settle" and as part of the settlement that they receive is they must sign and go away.

A Lawyer told me " Ron you have a very good cause....however my obligation is not to save other people....my ogligation under the law is to get as much money for my client and if an offer comes with conditions then I must advise them to take the offer.  The Insurance company's can drag the court case over years and my client will loose everyting and her family will be destroyed all the while trying to support your cause"

Over a dozen organisations which share a role in improving the safety of towed trailers will meet in Bedminster, Bristol to plot the way forward following the tragic death of three year-old Freddie Hussey in 2014.

Karin Smyth MP has organised the summit to co-ordinate improvements, as she continues her work in Bristol South and in Parliament on behalf of Freddie’s parents, Donna and Scott Hussey.

Donna and Scott Hussey will attend the conference and Donna will open proceedings with a speech outlining her family’s experiences and the importance they attach to the urgent work needed to avoid more families experiencing similar tragedies.

The meeting follows work Karin Smyth has been undertaking after she was approached for help by the Husseys shortly after being elected as Bristol South MP. Freddie Hussey was killed in January 2014 as he and his mother walked home along Parson Street after dropping off Freddie’s older brother at school. A two tonne trailer towed by a Land Rover careered across the pavement, fatally crushing Freddie.

Last year Karin Smyth organised a special Parliamentary debate on trailer safety, responded to by Road Safety Minister Andrew Jones MP, and subsequently arranged a meeting between the Minister and Freddie’s parents. There has since been a national trailer safety campaign #TowSafe4Freddie run by the government’s Driver and Vehicle Safety Agency in Freddie’s memory to educate drivers and raise the profile of trailer safety.

Karin Smyth says: “I am using my role as Bristol South MP to bring together national organisations that influence driver behaviour, and which share a role in improving the safety of towed trailers. I wanted to bring them right to the heart of the Bedminster community devastated by the Freddie Hussey’s tragic death in 2014.

“My aim is that the meeting will provide a focus for co-ordinating trailer safety initiatives, and to help determine the next steps we need to take in national campaigning on this life-or-death issue.

“First and foremost I want those in positions to influence road safety to continue to do all they can to avoid any more tragedies of the type experienced by the Husseys. Freddie’s family have been determined that some good should come of their son’s tragic death and I share this goal.”

Scott and Donna Hussey said: “We feel that by travelling from different parts of the country to come to Bedminster and promote trailer safety, those attending are playing an important part in honouring Freddie’s memory – trying to help prevent other families from suffering as we continue to.

“At first it did feel like no one was listening to us but thanks to Karin and then meeting the transport minister, we felt the situation was being taken more seriously and we are pleased that this meeting is taking place.

“After the court case we wanted to make some good out of the awful situation we found ourselves in. We made a promise to Freddie that we would fight for him and we didn’t want to lose him in vain.

“When we began looking at the number of incidents that were occurring and began collecting evidence, we were shocked and angry and wanted to prevent someone else experiencing what we had. Which is why we started a petition and wrote to Karin, our MP.”

Attendance at the conference includes:

Trade organisations
• The Society of Motor Manufacturers and Traders Ltd
Supports and promotes the interests of the UK automotive industry at home and abroad
• National Trailer and Towing Association Ltd
‘The Voice of the UK Light Trailer and Towing Industry’
• British Vehicle Rental and Leasing Association
The trade body for the vehicle rental and leasing sector
• The National Caravan Council
The UK trade body for the tourer, motorhome, caravan holiday home and park home industries 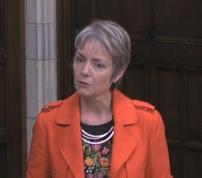