New Hampshire State Police said the incident happened around 5:20 a.m. Friday at the intersection of Routes 302 and 113 in Conway.

The tractor trailer, driven by Michael Tuttle, 63, of Swanton, Vt. was driving with 45,000 pounds of animal feed from Vermont when the stud bolts holding a set of tandem wheels became stripped, causing two wheels to come off the tractor trailer.

No one was injured and no property damaged was discovered despite the wheels traveling about two and a half miles away from the tractor trailer.

On April 3, Detective Benjamin Campbell died was helping a stranded motorist on I-95 in Hampden when two wheels came off a logging truck. Campbell was killed after one of the wheels struck him.

Police said this is the second wheels-off incident in Conway this month.

On Monday around 6:45 a.m., a dump truck suffered a mechanical failure and a set of wheels came off the truck and collided with another vehicle.

Why Did The Trailer Entire Assembly Come Separated From The Wheel Axle?

Who Manufactured The Parts?

Who Maintained The Equipment?

How Many Trailer's Have The Same Issue?

Why does the Trucking Industry try and suppress and destroy our life saving cause?

How Many Safety Violations Does Lily Transportation have?

Wheels fly off tractor trailer in Conway, NH; found more than two miles away   Note:  Most Of The Time These Are Never Reported! 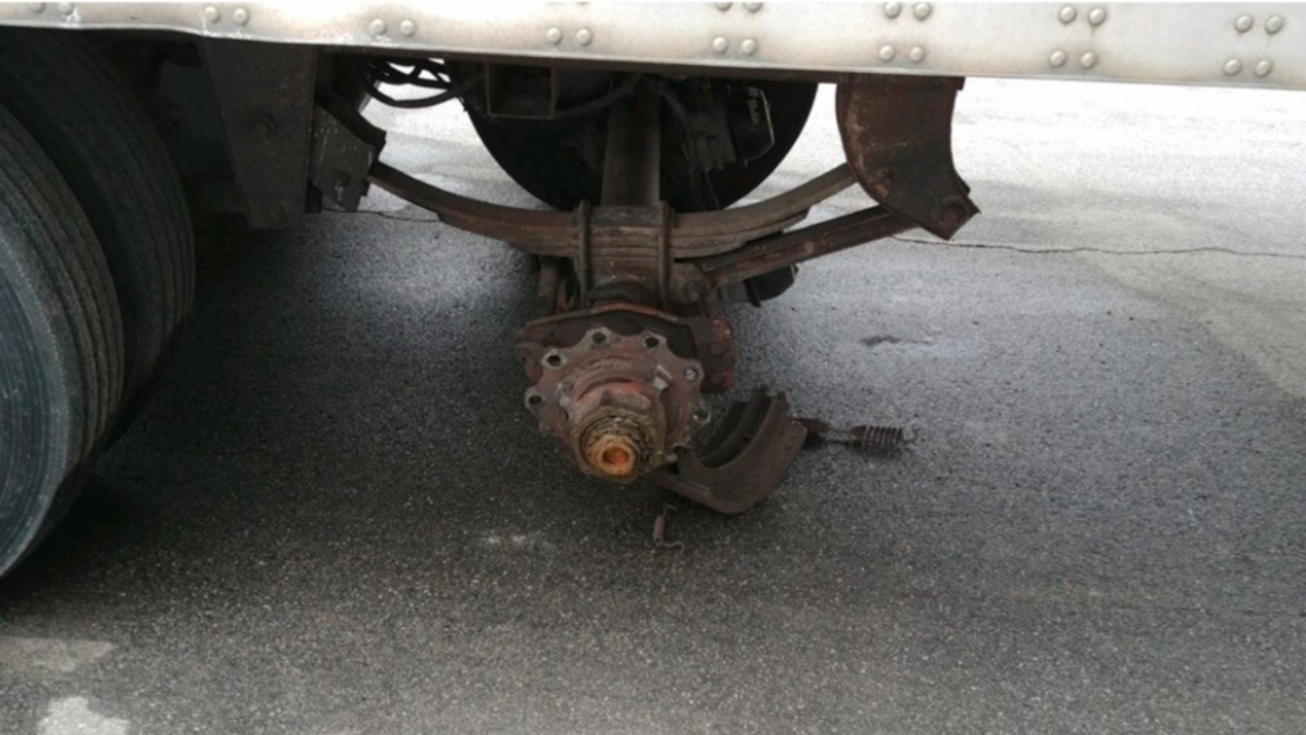