We Are Featured Again!
Will they hide the truth?

Will the state police Crash Team really find out the truth and then report the truth?  In our interaction they hide and lie to us in order to protect the trucking industry at the expense of their own.

How can we say this?  If they did this to Ms. Johnson a daughter of a Marine Vet....then they will have no morals when they will sacrifice their own.

Key question about Detective Campbell’s death: Why did wheels detach from logging trailer?

As a procession of emergency responders followed the body of Maine State Police Detective Ben Campbell from Augusta to Millinocket on Thursday, many questions remained about his death — including why two wheels detached from a passing truck trailer and how common such wheel detachments are.

An autopsy was completed on the 31-year-old Campbell, who was killed when a wheel that had detached from a logging truck trailer struck him as he assisted a driver alongside Interstate 95 in Hampden on Wednesday morning. No results were available Thursday. Meanwhile, investigators are analyzing the truck and trailer for defects that might have contributed to the accident, said Stephen McCausland, spokesman for the Maine Department of Public Safety.

The driver of the logging truck, Scott Willett, 52, of Patten, the owner of Scott Willett Trucking, has not been charged. Truckers who say they have worked with Willett for years expressed shock that he was involved in the accident.

“When I heard it was him, I was like, ‘oh man.’ It was unfortunate because he does as good as any of us in terms of doing it right — just keeping his equipment up to snuff,” said Bill Hardy, a Houlton trucking company owner who hauled potatoes from Aroostook County to Connecticut with Willett earlier in the decade.

“His machinery and trucks have always been top of the line,” said Richard Royal, a 44-year-old logging trucker from Milo who, like Hardy, has known Willett professionally for decades.

Last year, inspectors found maintenance violations on two separate occasions on a truck Willett was driving while hauling a log trailer, according to records from the Federal Motor Carrier Safety Administration.Gabor Degre | BDN
Maine State Police investigate a fatal collision at mile marker 179 on the southbound side of Interstate 95 in Hampden on Wednesday morning.

In June, a roadside inspection of a Kenworth truck hauling a crib-log trailer turned up two maintenance violations — a tire with insufficient tread depth and a load without a warning flag.

A November inspection revealed five violations, including three that forced Willett to take his truck off the road. Inspectors found a leaking fuel system, brake problems and a steering system “with components worn, welded or missing,” according to federal records.

It is unclear whether the problems uncovered were corrected, or if the truck Willett was driving Wednesday was the one listed in federal inspection records. Willett did not respond to voicemail messages left on his cellphone.

Inspectors did not log any violations specifically from the trailer the truck was hauling.

Willett’s Maine Bureau of Motor Vehicles driving record shows two driving violations over the past decade. In 2009, Willett was cited for driving longer than 10 hours. In 2011, he was cited for excess vehicle weight.Gabor Degre | BDN
Truck tires are recovered from the bushes near the scene of a crash in Hampden.

“If you looked at my record, you would probably see some things that are worse,” Hardy said.

State law requires commercial trucks and trailers to be inspected annually, but logging trucks are inspected far more frequently at weigh stations or by state troopers who pull them over, Royal said.

There is no way to know precisely how commonly wheels detach from logging trucks or their trailers in accidents.

Ron Melancon, a Virginia-based advocate for road safety who tracks accidents involving trailers and tires, said it is not exactly rare for wheels to come loose off trailers. However, there is no way to keep track of how many times it happens annually. Unless the loose wheels cause harm to people or property, incidents are not recorded, he said.

Just a month ago in Mississippi, a 21-year-old Tulane University student was killed in a highway rest area by one of two tires that had detached from an 18-wheeler passing by on Interstate 10, according to news reports.

Dana Doran, executive director of Professional Logging Contractors of Maine, said accidents involving wheels coming off logging trucks occur rarely in Maine. Royal said that he could recall only one incident in his 26-year career in which two wheels came off a logging truck.

Doran called the accident that killed Campbell “a freak, could be a once-in-a-career situation.”

It is far more common for tires to blow and leave strips of rubber alongside the road. Logging trucks usually weigh about 45,000 pounds empty and about 66,000 pounds loaded. By law, they are limited to 100,000 pounds, said Doran, whose 170-member organization is about 90 percent truck drivers like Willett.Linda Coan O'Kresik | BDN
Maine State Police Col. John Cote holds a press conference Wednesday afternoon regarding the death of detective Ben Campbell. Detective Campbell was struck by a wheel that came off the trailer of a logging truck while he was outside of his vehicle at the site of a disabled car on I-95 south in Hampden on Wednesday morning.

Failure of the bolts or studs that hold the two wheels together on an axle is rare, but Royal and Hardy pointed to that failure as one potential explanation for what happened.

A failure of the axle itself is another potential cause.

“You can be a [Department of Transportation] inspector, and you can never tell when that’s going to happen,” Royal said. “If an axle breaks, you have to look for a hairline crack out by your brake shoes. The axles always break from the top down, never from the bottom-up, because of the bouncing that a truck does.”

Police did not release details showing where Willett picked up his load of logs or where he was headed. Most loggers heading south on I-95 are headed to pulping or chipping operations in Farmington, Rumford or Skowhegan, or the paper mill in Jay, Doran said.

Royal said that there is no end to the tragedy of an accident like this, with Campbell leaving a wife, Hilary, and a 6-month-old son, Everett.

He said that Willett is likely devastated as well.

“I know him and how he operates,” Royal said. “He is a very personable guy.” 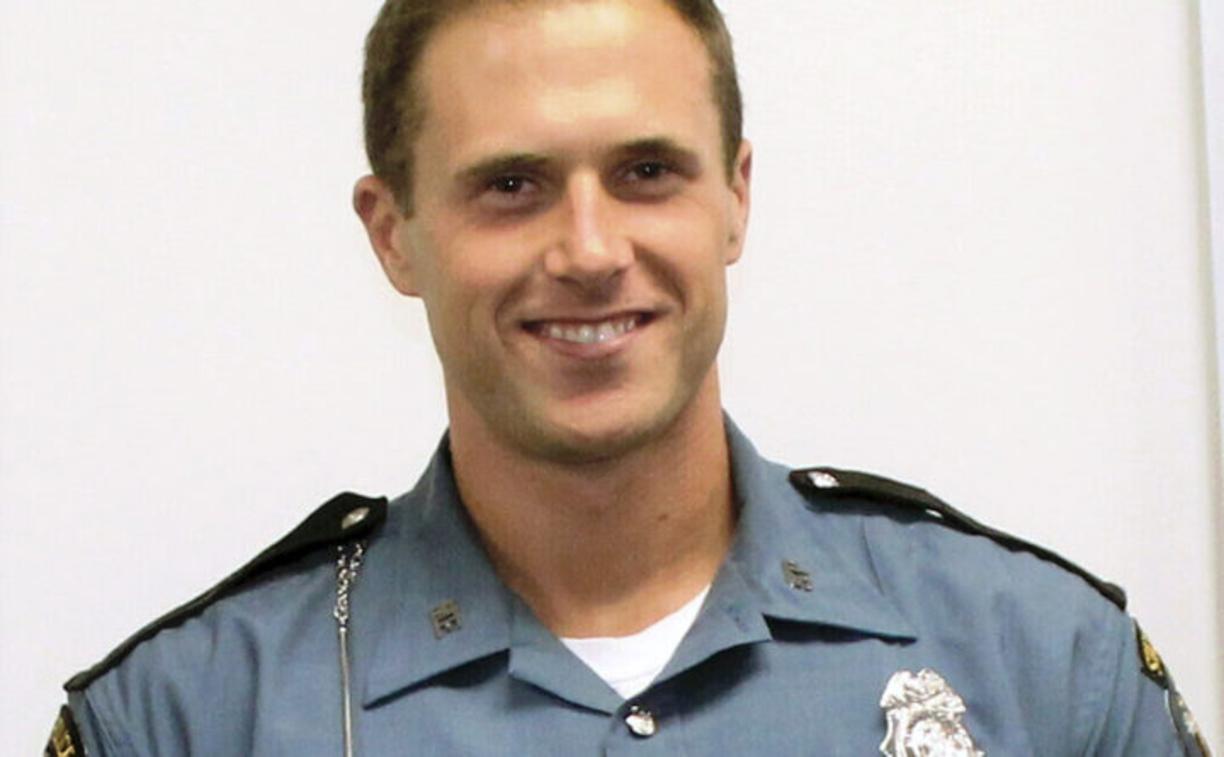 Will They Sacrifice him?  Or will they finally tell us and answer our questions...

Why did the trailer tire and rim come off the axle? 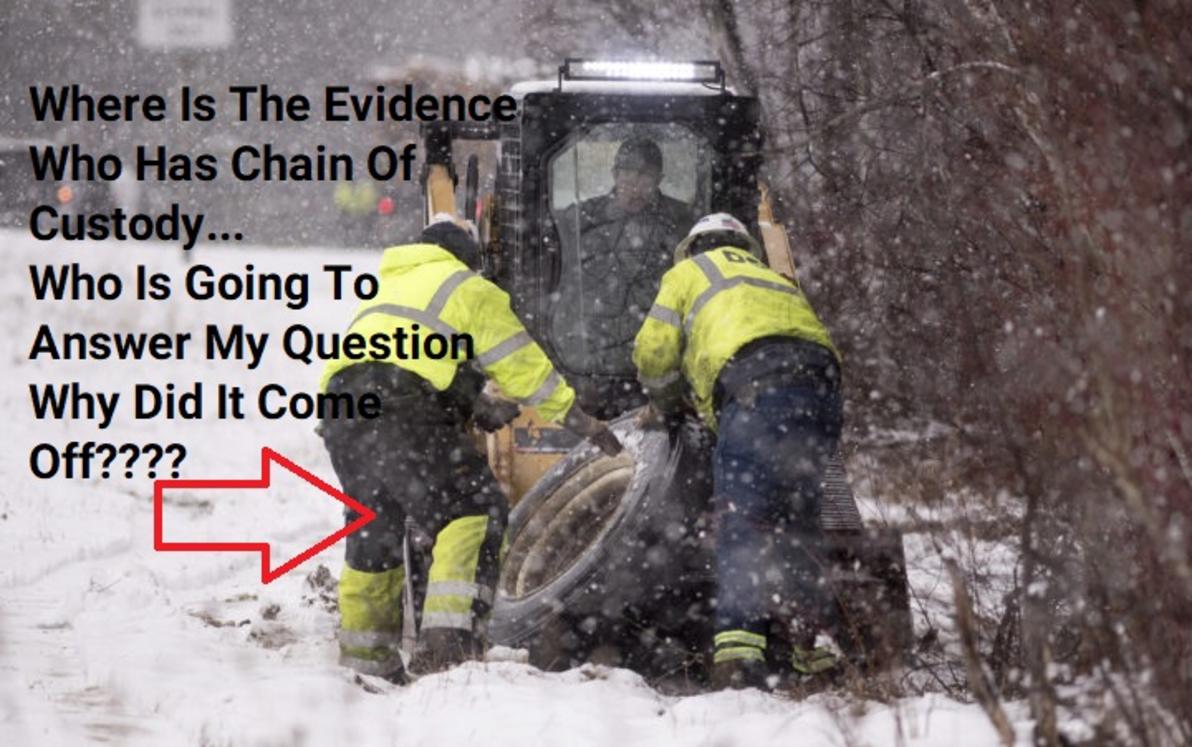 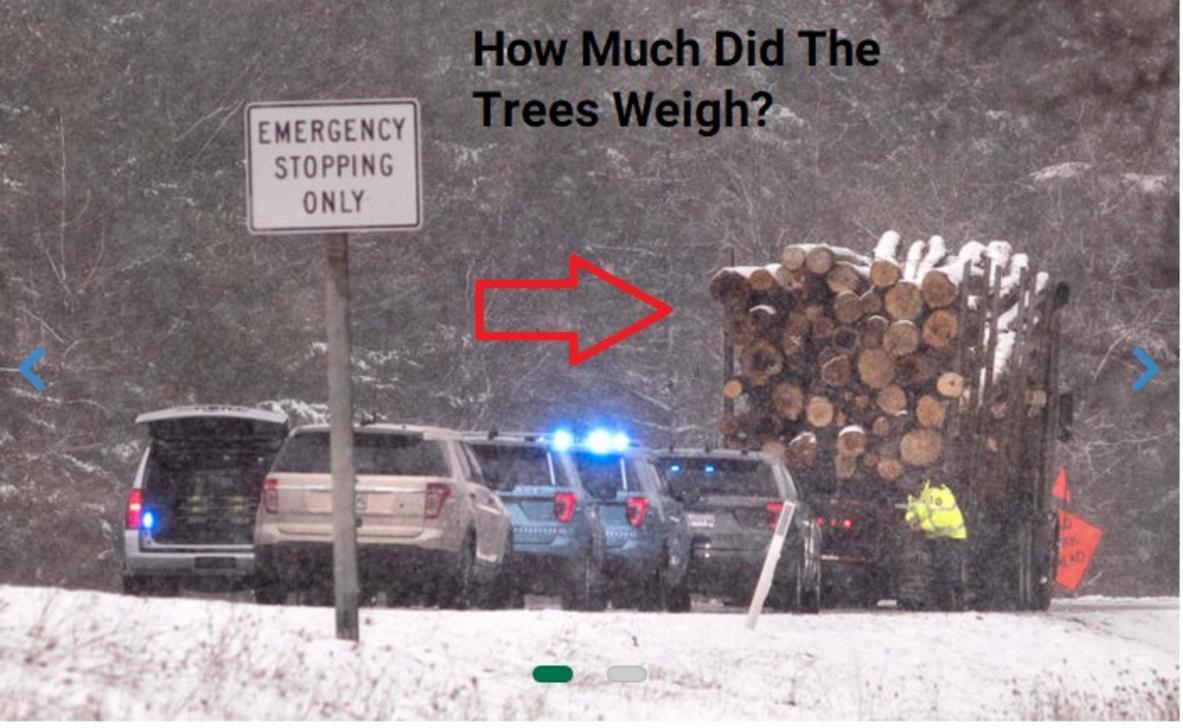