For the second time in three weeks, a child participating in one of the Southeast’s many Christmas parades has been killed in an accident involving a float.

The latest incident happened Saturday in Mt. Juliet, Tennessee, when a 7-year-old slipped off a float and was crushed by the trailer’s slow-moving wheels, according to Mt. Juliet police.

He was identified as Rowan Ace Frensley, a Cub Scout and a student at W.A. Wright Elementary. Mt. Juliet is about 20 miles east of Nashville.

The incident is similar in many ways to a parade float accident Dec. 7 in Bluffton, South Carolina. In that case, which remains under investigation, 5-year-old Ameer Frazier died in a float mishap as the parade disbanded, The Island Packet reported.

Rowan “was struck by a trailer as it was towed through the parking lot after completing the Christmas Parade,” police said.

The boy’s parents were at the scene when the accident occurred, according to police.

Rowan fell from the trailer as it was preparing to unload its passengers at the school, WKRN reported. A witness told the TV station Rowan’s dad was driving the vehicle pulling the trailer, which was going in reverse at the time.

Investigators told The Wilson Post there were conflicting accounts of how the boy fell, including a report that “his pant leg got caught in the wheel well and dragged him off.” He died about five hours later at Vanderbilt Children’s Hospital, the newspaper said.

First responders said they had trouble reaching the accident scene, because the parade was ending and attendees “packed” roads in the area, according to police.

“With a priority for the immediate medical care for the child, officers worked to establish a clear, unobstructed path for medics,” police said in a release. “The ambulance was escorted through heavy traffic and out of the city as it was en route to the hospital.”

The Tennessee Highway Patrol is investigating the cause of the accident.

A vigil was held Sunday for Rowan at the school where the accident occurred, police said, and it attracted more than 100 participants. A GoFundMe account was also set up “to help his family out with funeral costs, medical expenses.” It had raised nearly $9,000 by Monday morning, which is well over its initial $5,000 goal.

We will prove to anybody that over 20 more children and or adults will die in 2020 by unsafe hayrides and parades! 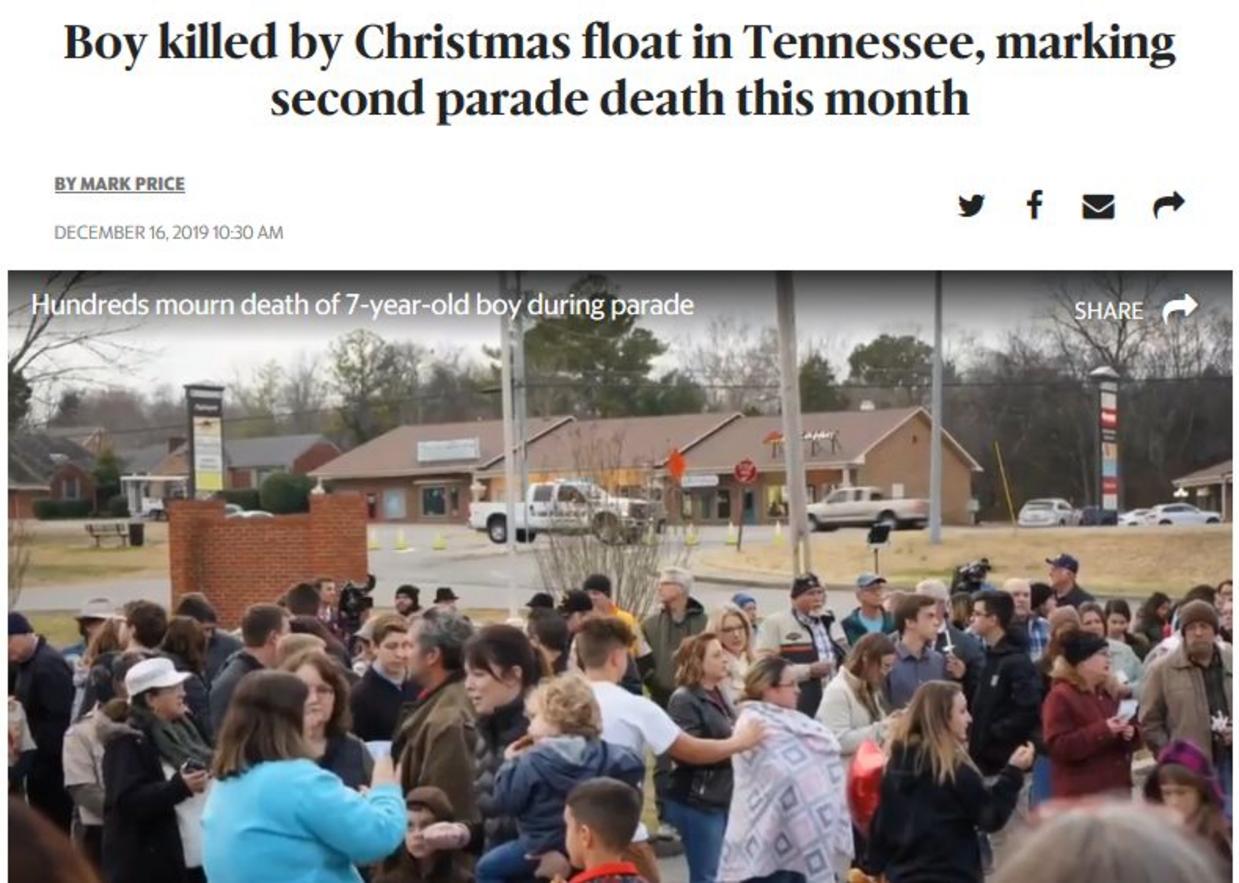 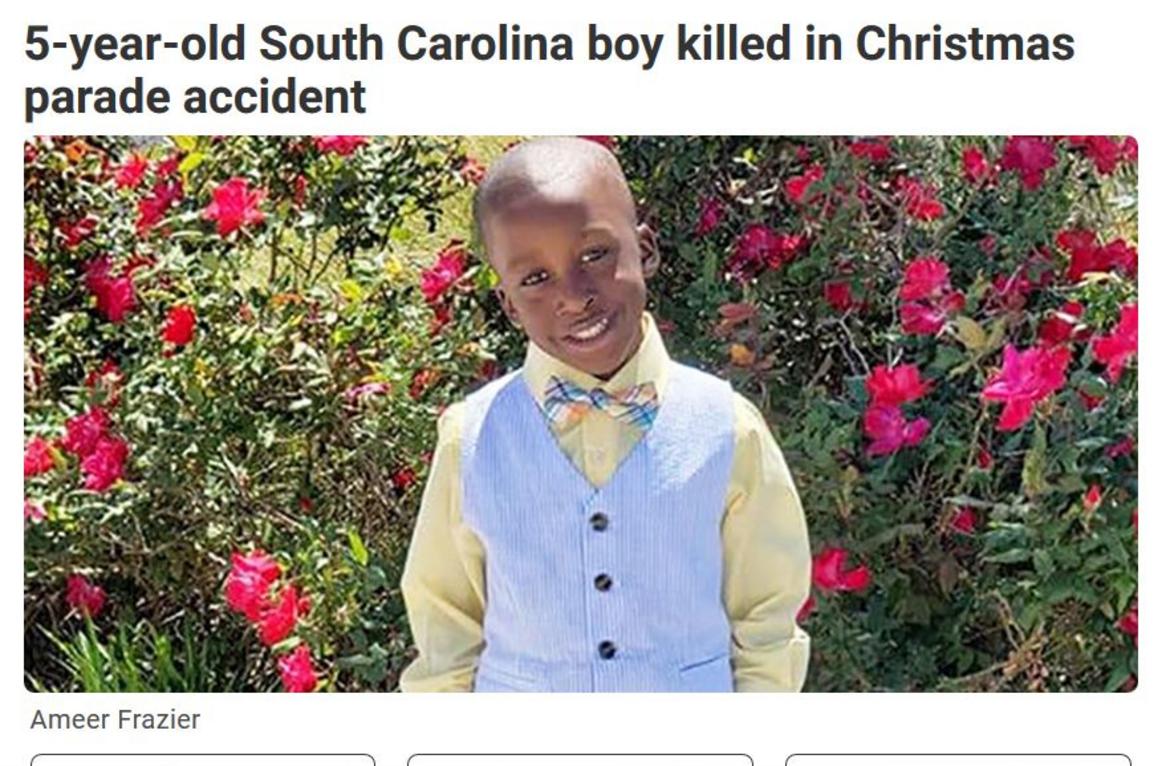 BLUFFTON, S.C. — A 5-year-old boy riding on a float in a Christmas parade in South Carolina died after being injured in a parking lot where the vehicles stopped at the end of the route, authorities said.

The boy was being dropped off at the Red Cedar Elementary School parking lot at the end of the parade route when he was fatally injured, police said.

Investigators are still talking to witnesses to figure out exactly what happened, Bluffton Police Chief Chris Chapmond said in a statement.

“Our thoughts and prayers go out to the family of Ameer and to those who witnessed the accident. This is an accident that can only be described as tragic and unimaginable,” Chapmond said.

An autopsy is planned for Tuesday, authorities said.

The annual Christmas parade started about 10 a.m. Saturday and ended in Bluffton Park.