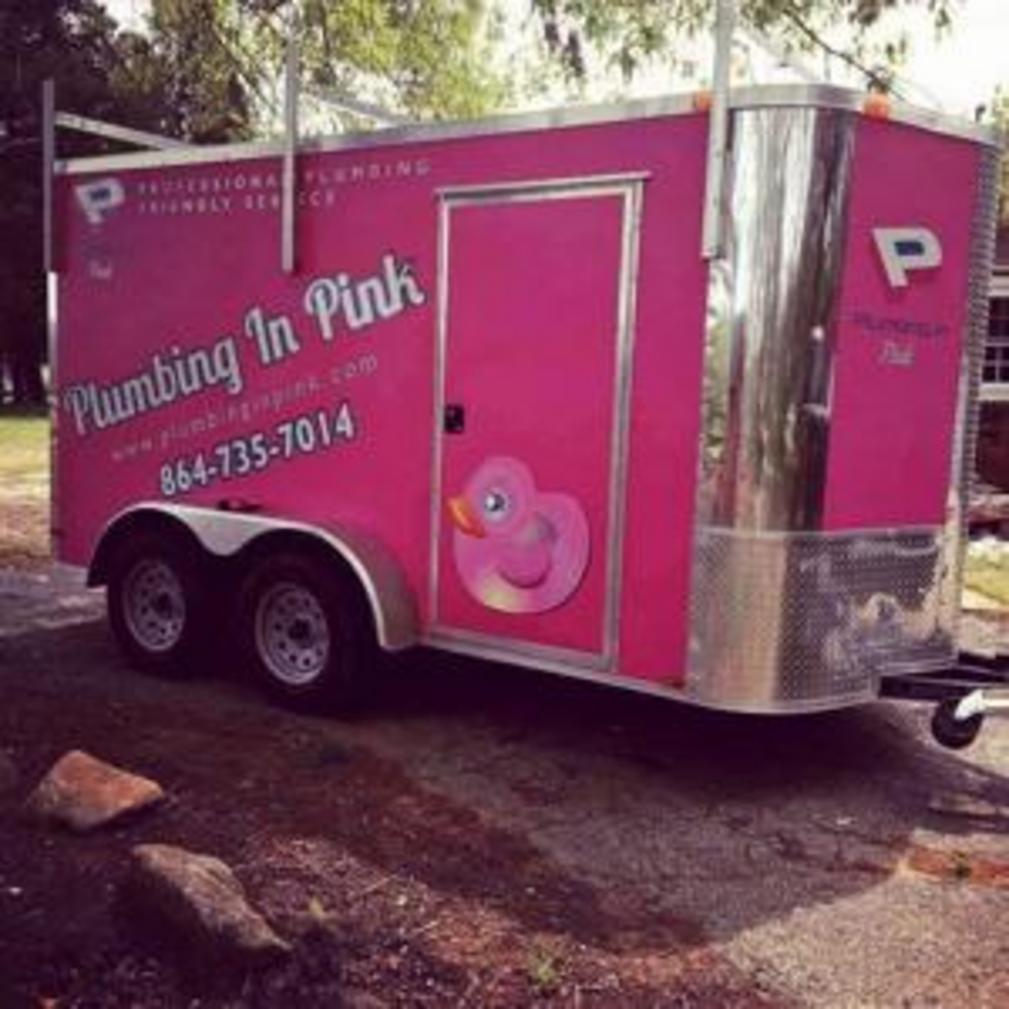 WE KEEP ASKING WHY DID THE TRAILER COME LOOSE IN THE FIRST PLACE??????

FOX Carolina) -- Plumbing In Pink is on the hunt for whomever stole their pink trailer.

According to the Spartanburg County Sheriff’s Office, the trailer was reported stolen Monday. The incident reports reads that workers for the company were driving along Interstate 85 southbound around 9:30 Sunday night when the trailer became unhitched.

In 2020 over 500 will die by trailers that come unhitched and kill innocent people.

The workers decided to leave the pink trailer on the shoulder just before exit 69.

Once the returned Monday morning around 8:30, the trailer was not there.

FOX Carolina spoke with the company’s head technician who says they are really shocked someone would steal the pink trailer, which has the company’s signage wrapped around it.

Obviously they want the trailer back but are more concerned about what was in it.

"[It] Had a lot of plumbing tools in it: plumbing and HVAC, sewer machines, and equipment that would probably be in the range of $15,000 gone."

Battery Back Up Not Working?

Then Why Did The Trailer Get Stolen?

Click Here And See Our Suggestions To Help
Reduce And Prevent Trailer Thefts.  Note:
The Government Has Actually Used Our Info To Harm Our Cause
The First Death Of 2019 Click Here
Unsafe Parades In December Has Killed Over 4 Children & Injured Over 30!  Click Here
Click Here To Fully Comprehend The "Collusion" And Suppression Of Our Cause On
Stolen Trailers!