Memo:  We warned and warned....and warned:

Dear Editor Redacted Times:
Friday June 21, 2019 I knew it was going to be a long and sleepless night. Your recent publication reported that the deaths of 5 Marines, 2 Civilians and the injuries of 3 others were all cased by "Government Inaction"
REdacted Times and so many others in fact 99.9% of the media and government agency's do not fully comprehend that over 600 will die, over 30,000 will be injured and over 50,000 vehicles will be destroyed in 2019 alone by a "Passenger Vehicle That Is Towing A Trailer"
Our organization has the expertise to address as it was our organization within hours of this preventable accident over our sleepless night that discovered what the Associated Press discovered and only reported it 7 days after the horrific non explosive improvised killing machine.
The very first legislator that had an opportunity to prevent all of this was Congressman Cantor as he was the recipient of countless e mails that got us a meeting with NHTSA and the NTSB to discuss why since 1975 at the time of the meetings over 17,000 dead, 850,000 injured had occurred at that time. Since then all 50 Governors of the United States and every member of congress has been sent our critical information.
Time and time again we keep having the "Hamster Wheel" of Government step into our path and try and stop us from saving lives and making this issue known. Our family has sacrificed everything to the point of creditors coming after us because we are simply trying to "Fund" our cause and save lives.
This is not the first time our military members have been killed in the United States due to inaction of our public safety officials in Washington D.C.

In closing all we ask that we get the financial support we so desperately need to educate and prevent these needless deaths from happening because over 90% are preventable had our Government took our recommendations and acted on them like we were able to accomplish in England.
The English Government has taken over 86% of our recommendations and now has developed a "Best Practice" that is being implemented as I write this letter.
Sincerely,

For information regarding editorial content, comments, or News Tips for our reporters send an email to tips@marinecorpstimes.com.

They are among seven bikers killed last week when a pickup truck hauling a flatbed trailer crashed into the group in Randolph. The pickup driver, Volodymyr Zhukovskyy, 23, pleaded not guilty Tuesday to negligent homicide.

The Jarheads, a group of about 80 bikers and their supporters from across New England, served as a second family and a refuge for the members, many who left the service but still craved the brotherhood they discovered in the Marines.

With a logo that is anchored by the military branch's bulldog, the group serves as a charity and social club. Many chapters are housed in American Legion and Veterans of Foreign Wars posts.

Manny Ribeiro, the Jarheads president, who survived the crash, described a family-oriented group whose members are doing their best to support the victims’ families. The group has received donations from Marines around the globe, and veterans are flying in from as far as the Netherlands for the funerals.

Ferazzi was a father of four who served as a Plymouth police officer for 34 years. He served in the Marines for four years, including a stint at in security at the U.S. Embassy in Tokyo. He also was a National Guard member and worked as a courthouse security officer.

Ferazzi grew up in Plymouth, and several childhood friends came to the funeral, recalling how they met in school and remained in touch for decades.

Their younger days were spent going to Aerosmith and Steve Miller Band concerts. As he got older, Ferazzi was always on a motorcycle and talked with pride about his time in the Marines. More recently, he was preparing for the arrival of a granddaughter.

"He was the nicest guy ever — a fun-loving, party guy," said Cheryl Molloy, a nurse from Plymouth who grew up with Ferazzi. "He cared about everybody."

Known as Danny Boy, Pereira joined the Marines after his 18th birthday and, according to his obituary, it was an experience that defined his life. A father of two, Pereira worked for the Narragansett Bay Commission.

Friends said Pereira, active in a gun club and an Italian club, was easygoing and would do anything to help someone in need especially fellow veterans. His funeral was held Friday in Providence, Rhode Island.

Oakes, of Concord, who lost her husband and young son in the past decade to lung cancer, was killed in the crash, along with her boyfriend Aaron Perry, 45, of Farmington, New Hampshire, according to the Concord Monitor.

Visitation was held Friday in Laconia for Oakes, followed by a celebration of life Saturday at the Hanover Inn in Hanover.

Click Here For Part Two Of Our
Evidence That We Alerted

PLYMOUTH, Mass. — A motorcyclist who was among seven killed in a collision with a pickup truck last week was a family man, proud Marine and dedicated public servant, mourners said Friday at a funeral that drew about 200 people, including leather-clad bikers and law enforcement officers.

The funeral for Michael Ferazzi, 62, of Contoocook, New Hampshire, was held at a church in Plymouth, Massachusetts. The rumbling of motorcycles echoed through town as dozens of bikes made their way to the service.

Many riders were fellow members of the JarHeads Motorcycle Club, with which Ferazzi and the other six killed were riding when they died. They hugged one another as Ferazzi’s flag-draped casket was carried into the church and offered a military salute alongside their bikes as the service ended with the Marine Corps hymn on bagpipes.

“Tough to lose your brothers, especially so many at one time,” said JarHeads member Paul Downey as he and his fellow bikers got on their motorcycles for the ride to the Massachusetts National Cemetery in Bourne.

"He had a lot more life in him," said retired Lt. Col. Joe Murray. Ferazzi was in his American Legion post, he said, and the two marched in parades together.

"He didn't need to die when he was obviously enjoying the ride with his buddies," Murray said. "But it's good he died doing something he loved."

Ferazzi's oldest son, Matthew Ferazzi, remembered a father who loved motorcycles and spending time with his family. He recalled golfing and going to Boston Red Sox games with his dad and how he enjoyed holidays.

His dad, he said, loved doling out nicknames and was a fighter, even in the face of cancer that had returned in January.

"The thing that brings us all together is love, love for my Dad," Ferazzi said.

A funeral also was held for Daniel Pereira, 58, of Riverside, Rhode Island. Visitation was held at a Laconia funeral home for Desma Oakes, 42, who died with her boyfriend in the crash.

Members of the Patriot Guard Riders line the roadway as the hearse arrives at the National Cemetery in Bourne, where Marine Corps veteran Michael Ferazzi was buried on Friday afternoon. Ferazzi was one of 7 killed in a motorcycle accident last weekend in New Hampshire. (Steve Heaslip/Cape Cod Times via AP)

The company that employed a Ukrainian-born truck driver whose collision with Marine veteran motorcyclists and their spouses in New Hampshire left seven dead has a history of violations including mechanical problems and drug-related infractions.

Volodymyr Zhukovskyy, 23, is being held without bail in Coos County jail. He pleaded not guilty Tuesday to negligent homicide in Friday’s crash.

Since the crash, it has emerged that Zhukovskyy had multiple run-ins with the law. The company he was driving for, Westfield Transport, also has a troubled history.

According to an Associated Press analysis of federal data, Westfield Transport, based in Massachusetts, has faced more than 60 violations in the past 24 months, according to Federal Motor Carrier Safety Administration data updated Tuesday.

The company also received 11 other violations related to the fitness of its drivers, including an April violation for driving without a commercial driver's license. Vehicle violations included inoperable head lamps in April and defective brakes in March.Get the Marine Corps Times Daily News Roundup
Don't miss the top Marine Corps stories, delivered each afternoon

No one answered the phone Wednesday at the company's office.

"It's so preventable. It's so unnecessary," said Harry Adler, executive director of the Truck Safety Coalition, an advocacy group calling for more federal action on passing stricter truck safety regulations. "When you have these repeated violations, it speaks to the company's commitment of being a safe operator on the road."

But in a brief interview with NECN-TV on Monday, the company owner, Dartanyan Gasanov, called the crash a "horrible accident." He refused to address questions about Zhukovskyy, who had been on the job only three days. He said the company is cooperating with investigators.

Zhukovskyy was arrested Monday at Massachusetts home. The Dodge pickup he was driving was towing a flatbed trailer and collided with the motorcycles in Randolph, investigators said. He was driving erratically and crossed the center line, according to criminal complaints.

Jury selection in his criminal trial is scheduled to begin Nov. 8.

Zhukovskyy also has a history of traffic arrests.

Additionally, U.S. Immigration and Customs Enforcement is taking steps to ensure Zhukovskyy remains in custody even if his criminal case were dismissed. It would not say why it was targeting Zhukovskyy, who is a permanent resident according to his father. A message was left with Melissa Davis, a public defender for Zhukovskyy. 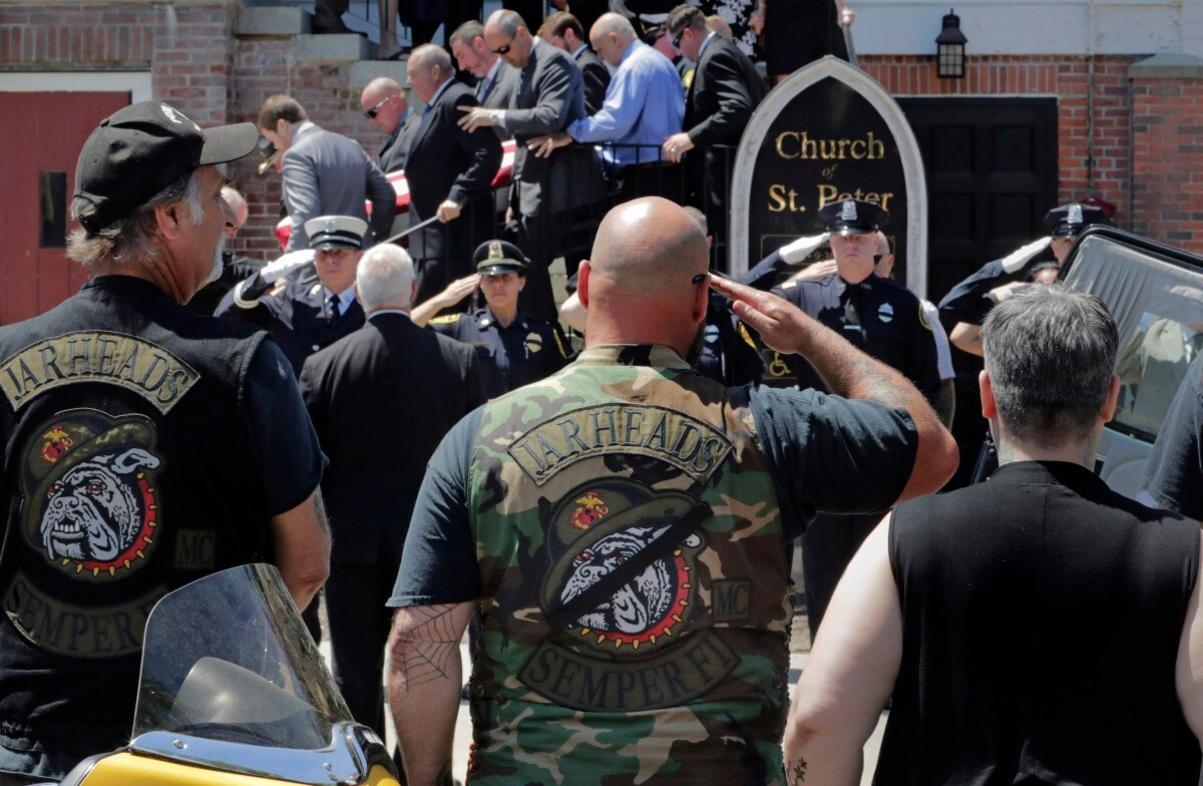 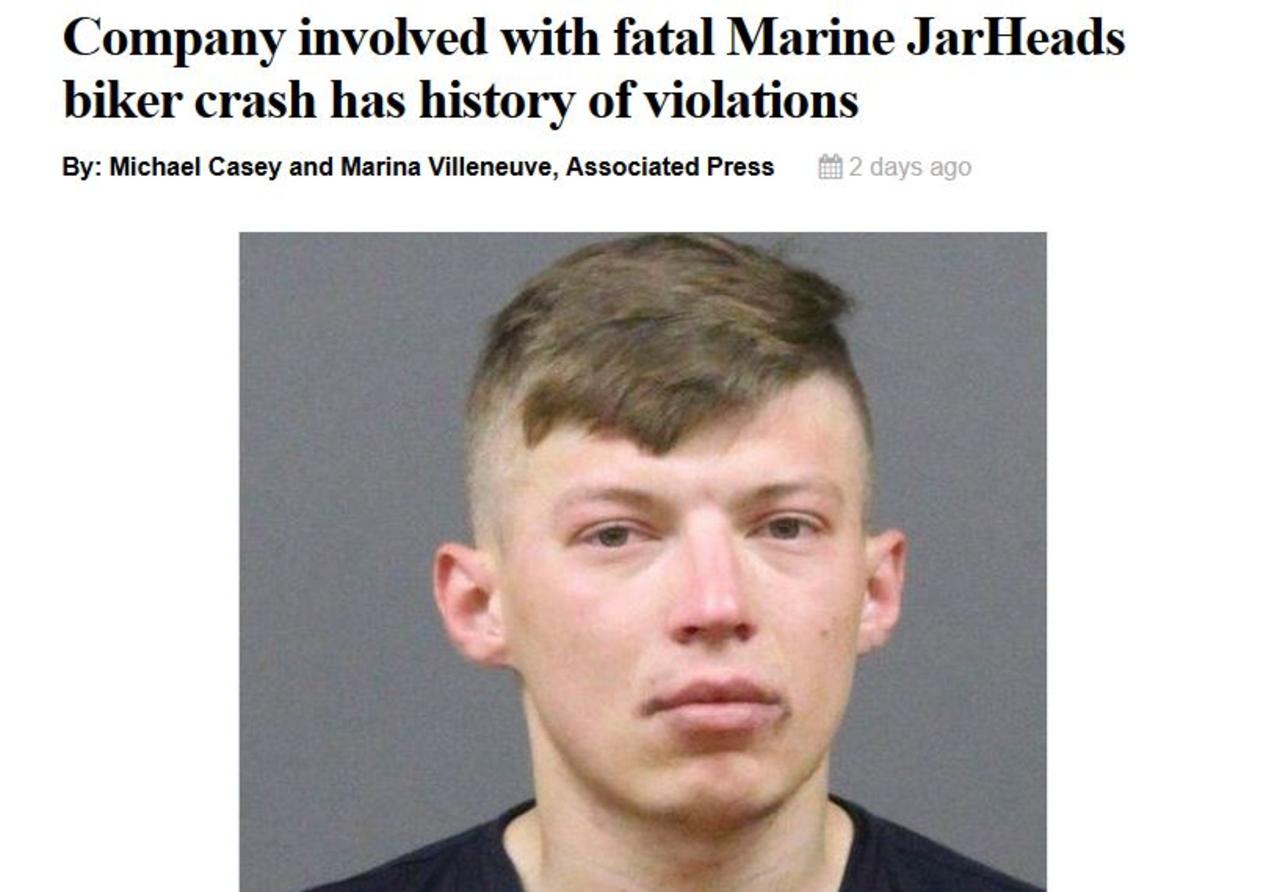