The victims were identified as Michael Ferazzi, 62, of Contoocook, N.H.; Albert Mazza, 49, of Lee, N.H.; Desma Oakes, 42, of Concord, N.H.; Aaron Perry, 45, of Farmington, N.H.; Daniel Pereira, 58, of Riverside, R.I.; and Joanne and Edward Corr, both 58, a husband and wife from Lakeville, Mass. All were members or supporters of the Marine JarHeads, a motorcycle club made up of Marines and their spouses.

Soon after the names were made public, New Hampshire Gov. Chris Sununu ordered all flags on public buildings and grounds in the state to be flown at half-staff from dawn to dusk Monday.

"Friday’s tragic accident in Randolph has struck our state and our citizens in a profound way," Sununu said in a statement.

The crash unfolded at around 6:30 p.m. Friday on U.S. 2, a two-lane highway that passes through the small town just north of Mount Washington. The pickup truck caught fire, and witnesses described a "devastating" scene as bystanders tried to help the injured amid shattered motorcycles.

Investigators on Saturday identified the pickup driver as Volodoymyr Zhukovskyy, 23, an employee of Westfield Transport, a company in Springfield, Mass. They said Zhukovskyy survived the crash, did not need to be hospitalized and has not been charged. A man who identified himself as Zhukovskyy's father told The Associated Press his son was cooperating with the investigation and was back in Massachusetts.

Dartanyan Gasanov, the owner of Westfield Transport, told The Boston Globe he planned to talk to investigators Monday and has been unable to reach Zhukovskyy, who has not been answering phone calls. The Globe, citing U.S. Transportation Department records, reported that the company has not had any crashes resulting in deaths or injuries in at least the past two years.

Meanwhile, about 400 motorcyclists gathered in Columbia, N.H., about 50 miles north of the crash site, for a long-planned Blessing of the Bikes ceremony that became a memorial. The Rev. Rich Baillargeon, who presided over the ceremony, held a moment of silence and prayer for those who died in the crash.

"When they fall, we all fall," said Laura Cardinal, Vice President of the Manchester Motorcycle Club. "Those families, they're going to go through a lot now. They have a new world ahead of them."

ion to the seven dead, New Hampshire state police said paramedics rushed three people to hospitals. Two of them were released Saturday and another was in stable condition.
his is one of the worst tragic incidents that we have investigated here in the state," New Hampshire State Police Col. Chris Wagner said Saturday. "It's going to be a very lengthy investigation." 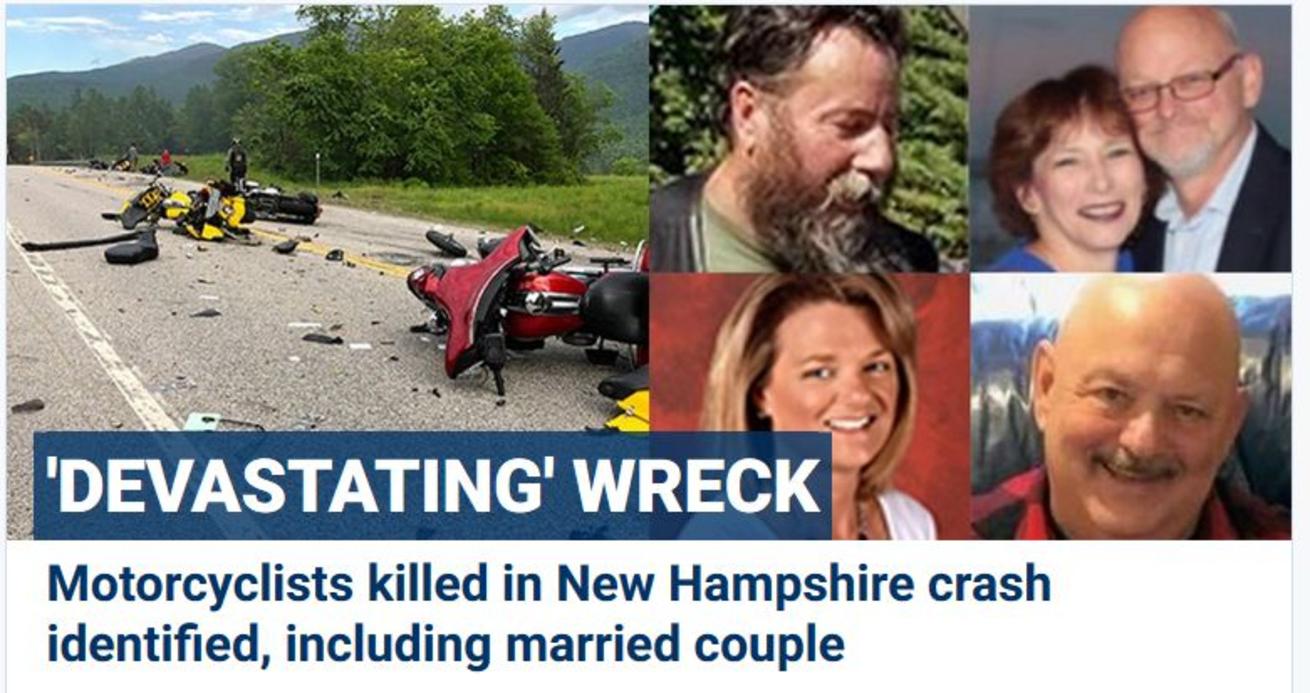 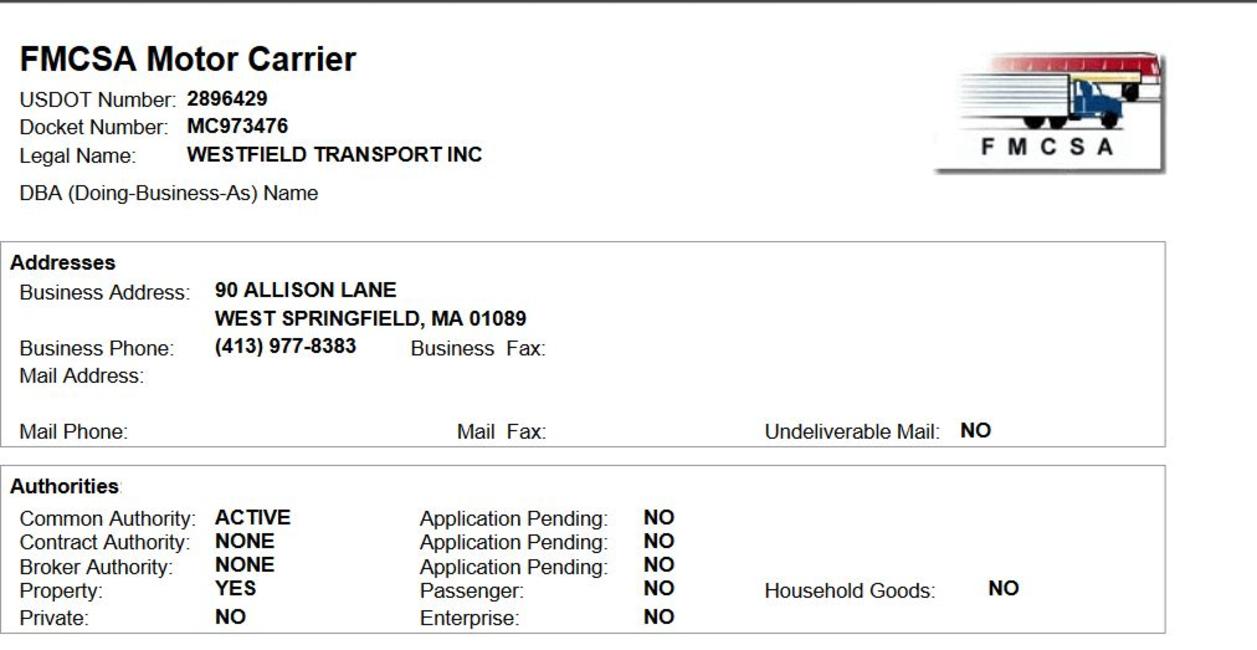 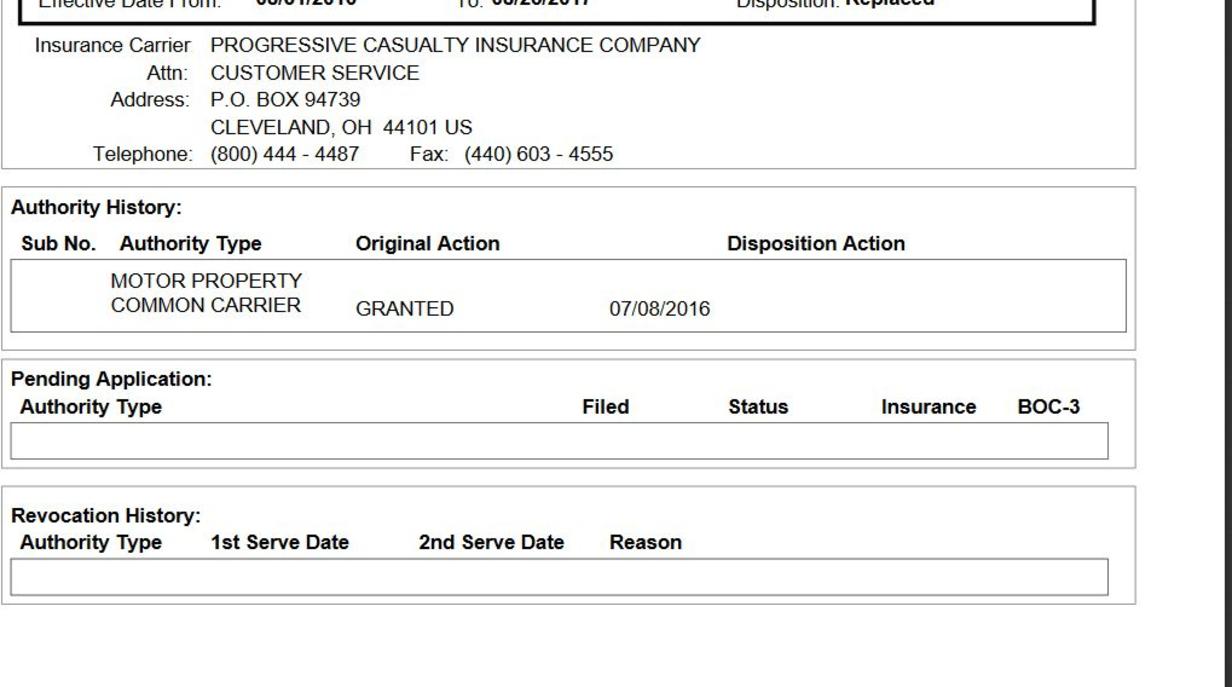 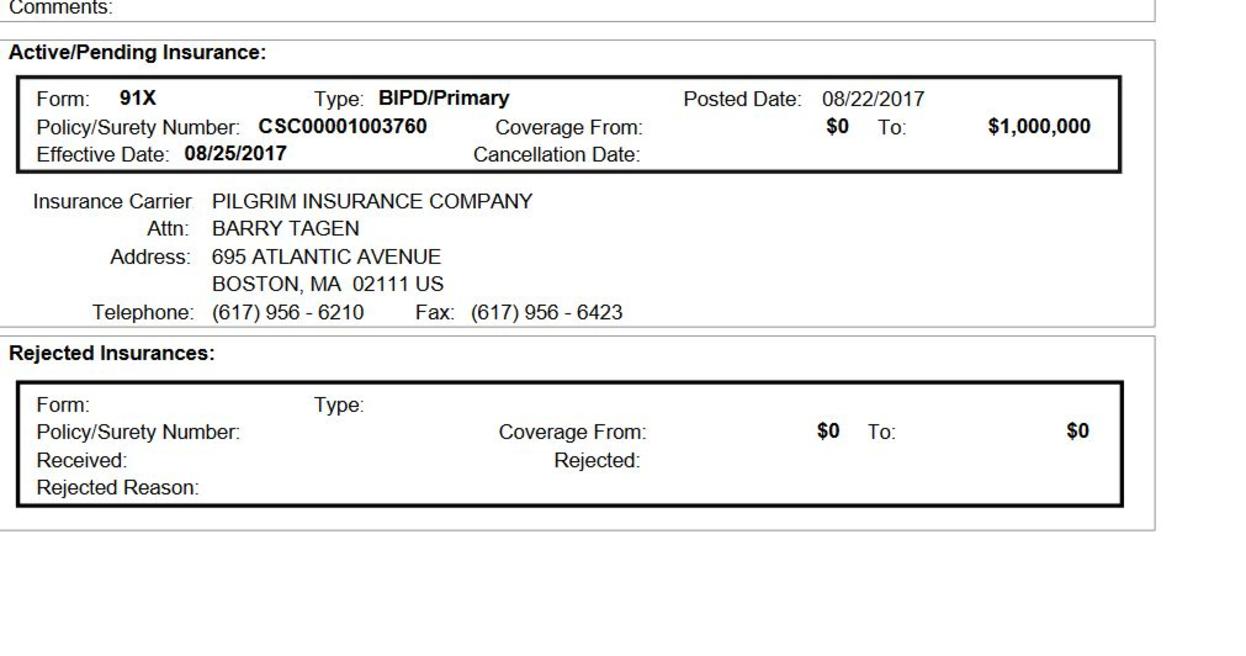 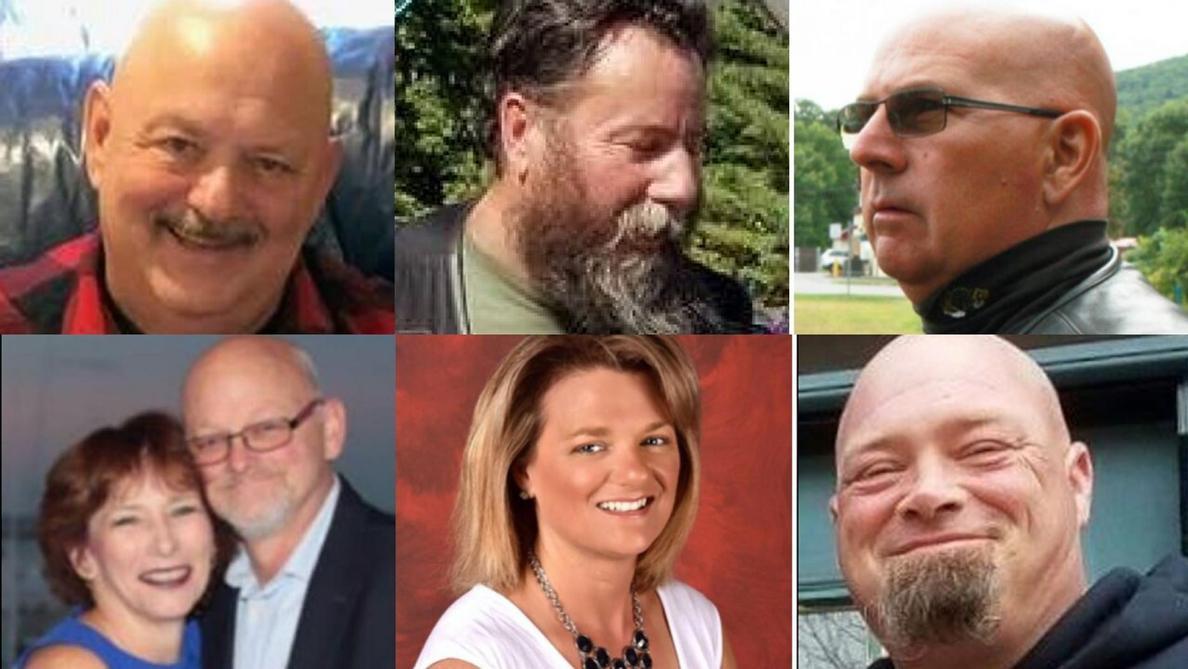 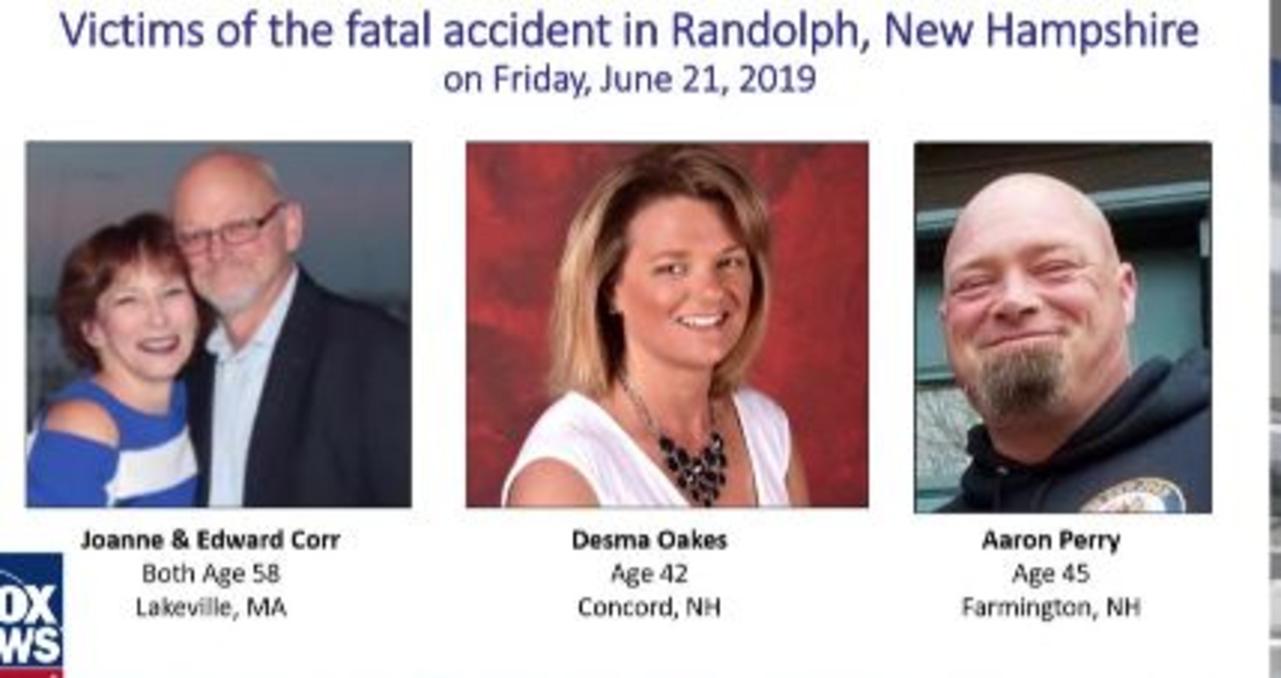 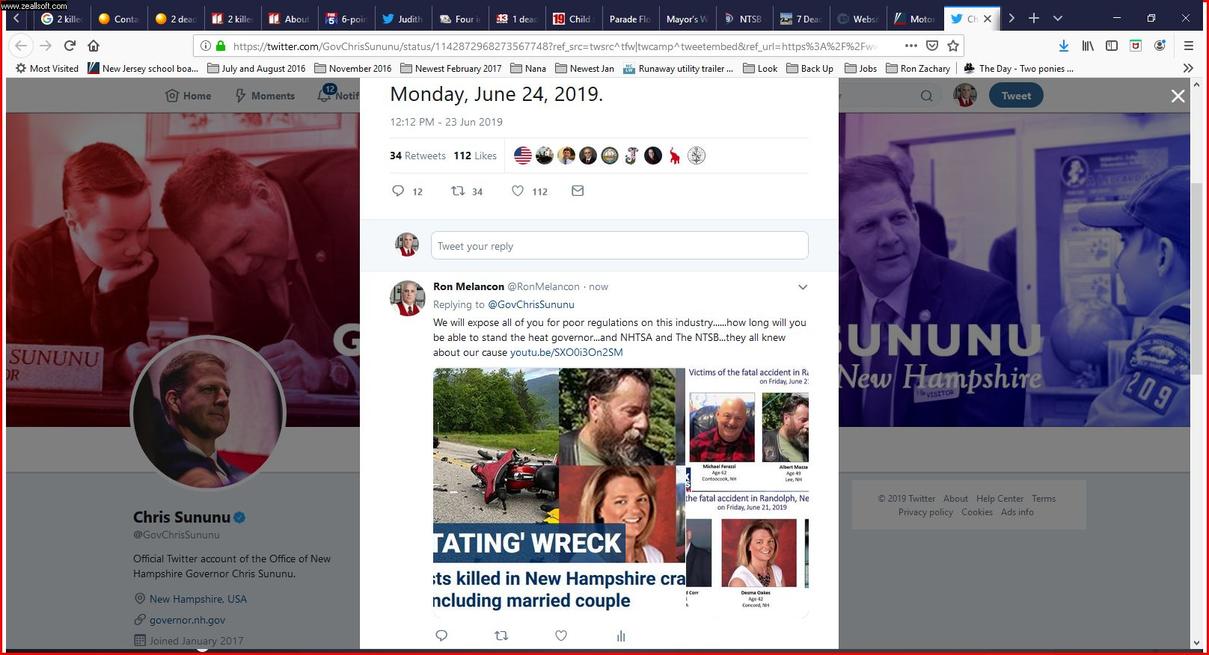 How Long Can NHTSA And The NTSB stand the heat.  We intend to give anybody who ask's us why the lack of any action from these two organizations helped " Create This Preventable Deaths" 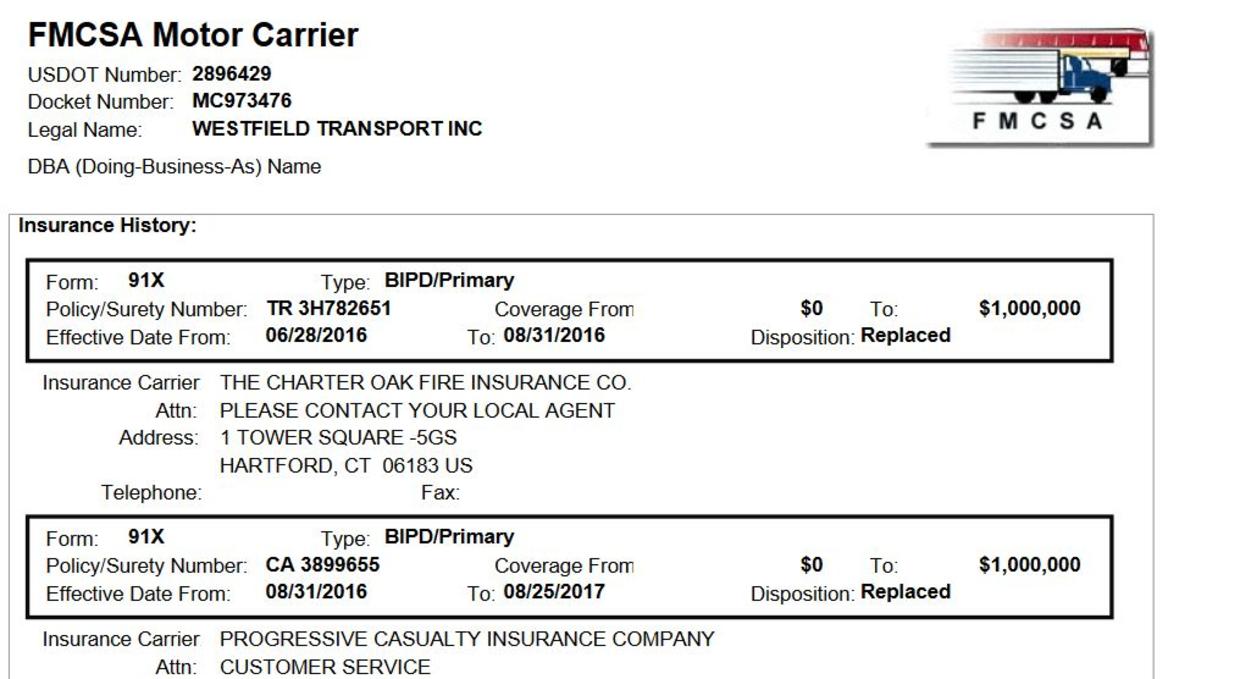 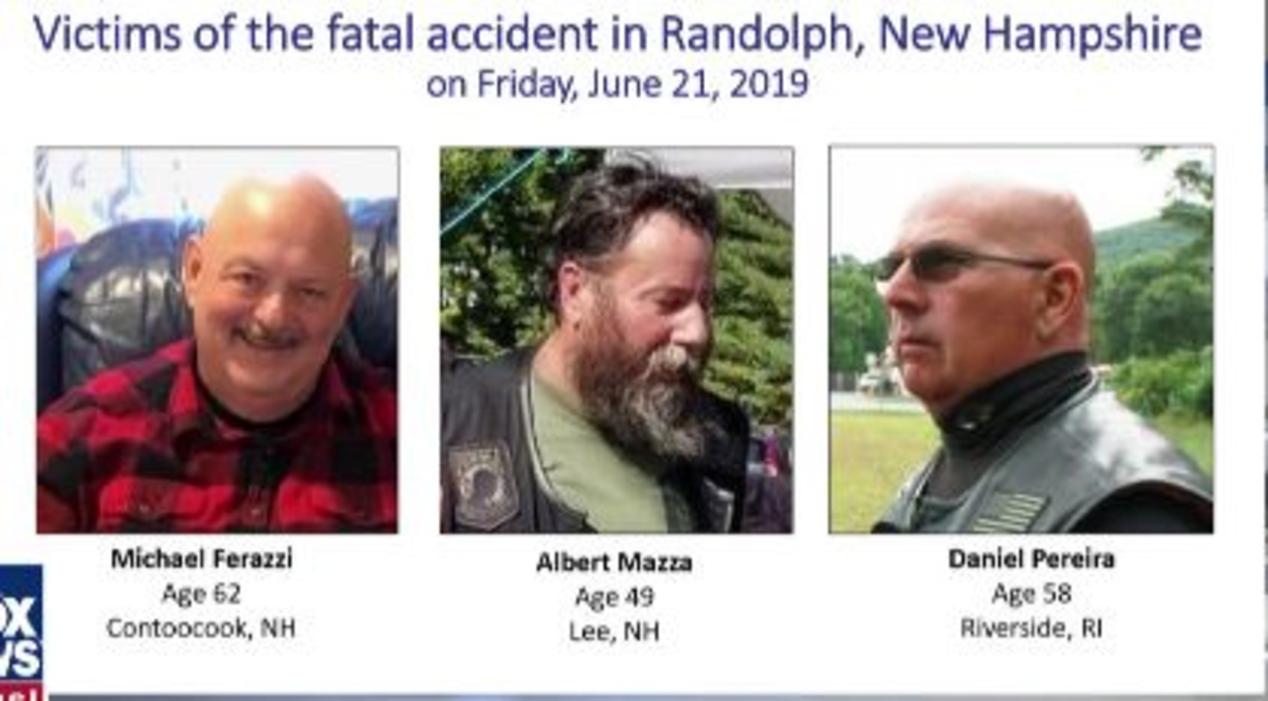