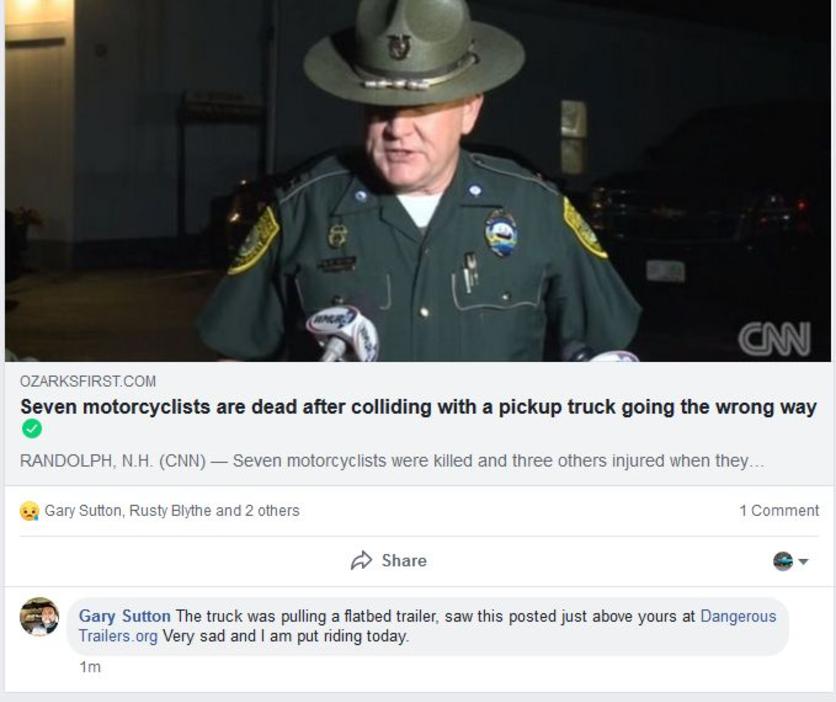 Notice They Don't Mention Pick Up Towing A Trailer!  Let's See How The Media Narrative Changes To:

PICK UP TOWING A TRAILER

Anybody can tow a trailer
No training to tow
No inspections on trailers used for non commercial
The Trailer the pick up was towing is a double axle trailer
It did not have a added breaking system
The combination of the pick up 5,000 pounds....and the trailer 3500 pounds....it is amost 10,000 pounds
Speed
Curvy road
Trailer Sway?
And he or she only had the breaking power of the pick up.

Why is everybody not saying..

PICK UP TOWING A TRAILER

Portion of Route 2 shut down in area of crash 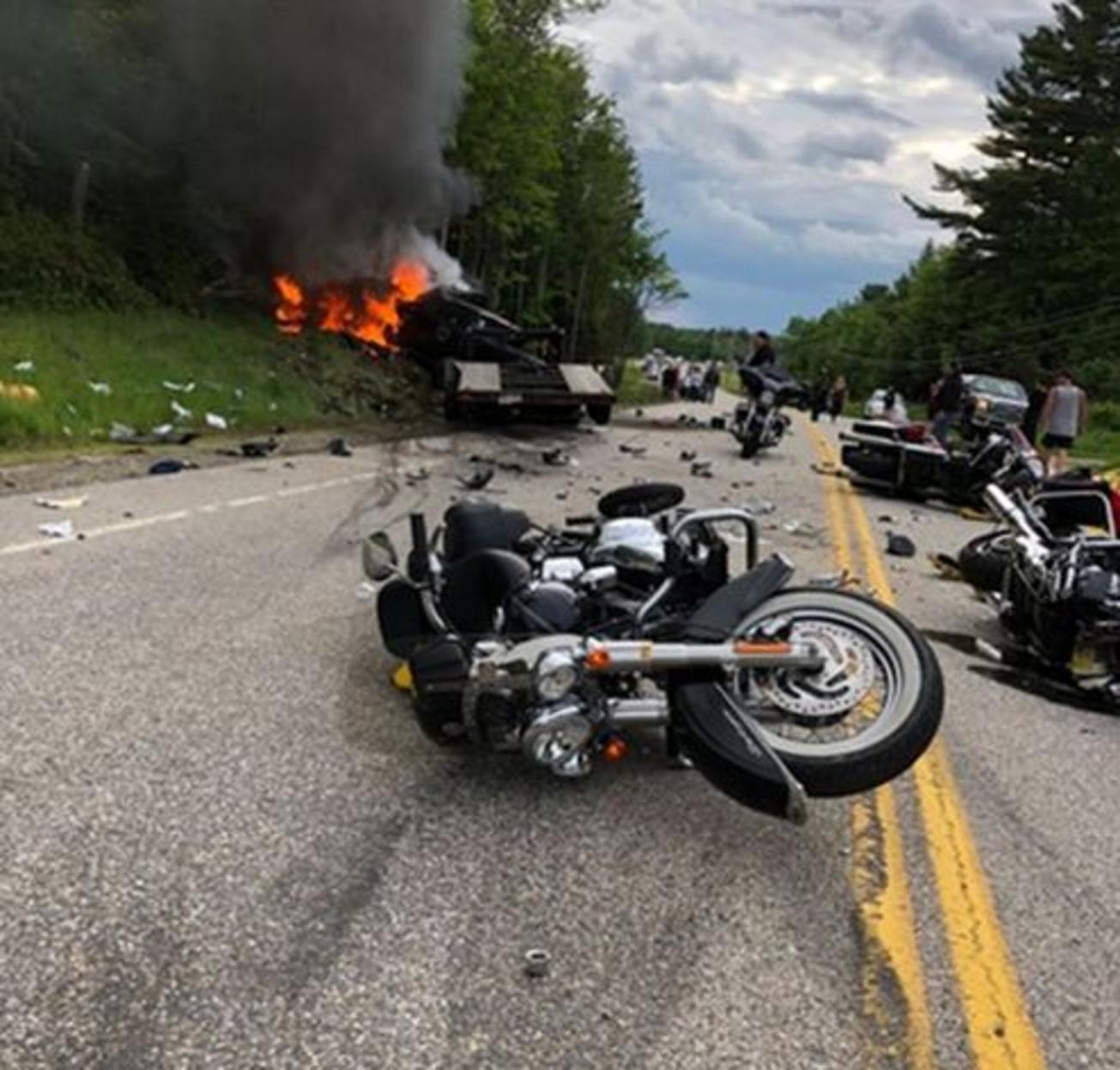 NTSB sending team to Randolph to investigate crash that killed 7

Multiple motorcycles and truck were involved

The National Transportation Safety Board is sending a team to Randolph to investigate a crash that killed seven people and injured three others Friday night.

The NTSB said in a tweet that its team will work in conjunction local officials, who will be conducting their own investigation.

The crash, which involved multiple motorcycles and a truck, happened just before 6:30 p.m. on Route 2, according to state police.

Of the three people who were hurt, one was taken by medical helicopter to Maine Medical Center and two others were transported to Androscoggin Valley Hospital, police said.

"It’s tragic. It’s tragic for those involved, tragic for the families, so we’re doing our job, we’re doing our work and our thoughts are with the people who were adversely affected by this," New Hampshire State Police Capt. Chris Vetter said. "I don't know that I've ever seen a crash with this much loss of life, sot it's a pretty significant accident."

Police said they confirmed that the truck, a 2016 Dodge 2500, was traveling west on Route 2 before it collided with several motorcycles that were traveling east on Route 2.

The truck was on fire when firefighters arrived on scene, officials said.


Miranda Thompson of Manchester said she was just a few cars behind the vehicles when the crash happened.

"You could see motorcycles dumped all over the road, and you could see people on the phone frantically calling, people pacing back and forth, and just, they were lost," Thompson said. "Everybody got out of their car and helped, got blankets and first-aid kits. Everyone went into action and just helped."

Travis Hood told WMUR he was the first person at the scene and stayed with one of the motorcyclists until an ambulance arrived.

"I held his hand, and I tried to get him to, I'm like, "Squeeze my hand. Stay with me. You're a strong guy. You've got this. Toward the end, when the ambulance got there, I could feel him losing strength," Hood said.

The crash forced the closure of Route 2 at the intersection of Route 115. A roadblock was set up and cars were being detoured around the crash site. State police said the route was reopened after Saturday morning.

Officials have not released the identities of those involved in this crash.

The New Hampshire Attorney General’s Office has offered any resources that may be needed to state police and the Coos County Attorney’s Office as they investigate the crash.

NTSB sending team to Randolph to investigate crash that killed 7

Multiple motorcycles and truck were involved