A farm trailer broke free from a tractor southwest of the Twin Cities, hit a motorcycle and killed both its riders, authorities said.

The incident occurred shortly after 4 p.m. Saturday on Hwy. 19 in Arlington Township, about 20 miles west of Belle Plaine, the State Patrol said.

The patrol identified the couple killed as Marvin D. Fandrich, 60, and Kathy L. Fandrich, 61, of Aberdeen, S.D. Nicole Fandrich said Sunday morning on Facebook that her parents were on a family vacation at the time.

According to the patrol:

The Fandriches were wearing their helmets at the time, the patrol said. Petzel was not injured.

This is the second fatal crash Petzel has caused in less than two years, according to court records, and both resulted in motorcyclists being killed. The two wrecks occurred about 7 miles from each other.

In August 2017 on Main Avenue in Gaylord, Petzel drove his pickup truck into the back of a car and sent the vehicle into the path of a motorcycle coming the other way, the patrol said.

Petzel was convicted of misdemeanor careless driving and fined $400. His year of probation stemming from that crash expired about six weeks ago.

Memo:  It Is Not A "Freak Accident"It's called defective products and no training on "How To Tow"

Stunning Report From 1997 And Nothing Is Done Why?  Click Here 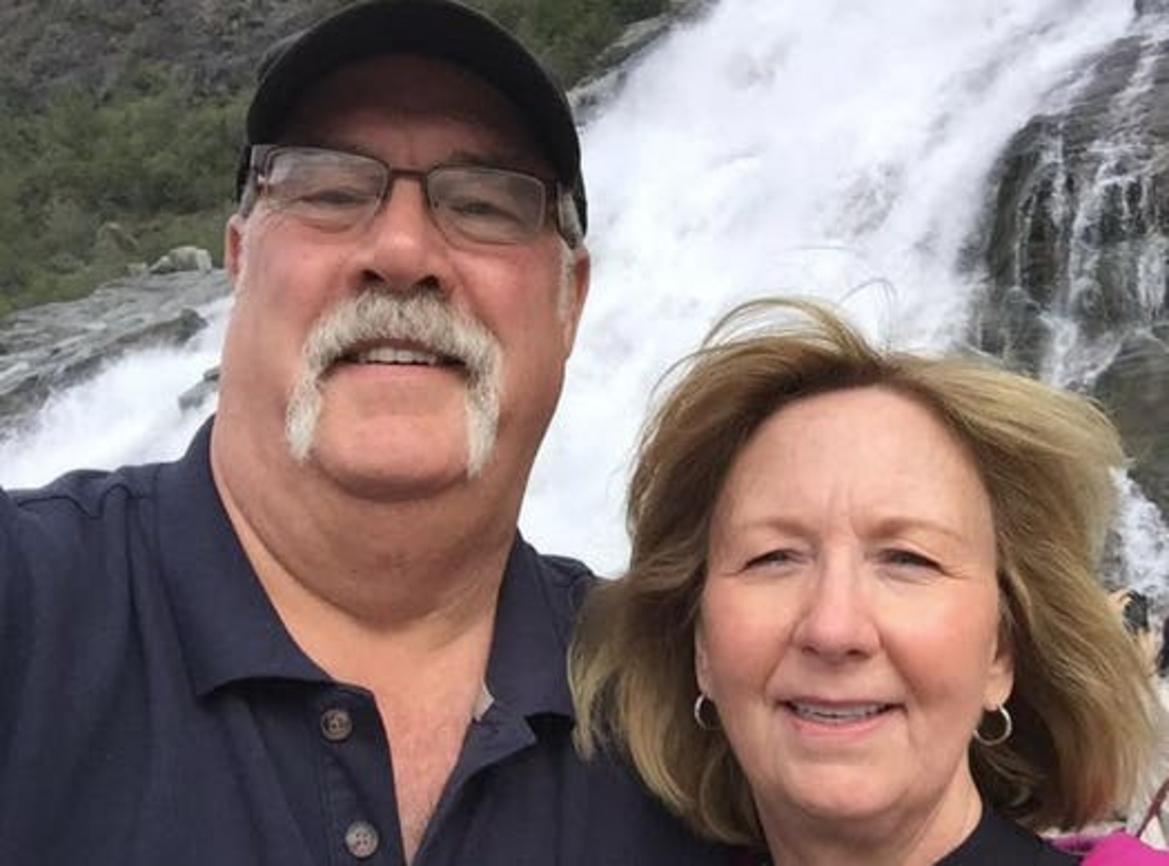 Still No Answer As To Why The Trailer Came Loose--Why?  We All Know What Happened To The Boeing 747 Max
Fisher Price Issue Coming Soon

Was This Trailer Homemade?

Who Attached The Trailer?

Did It Have Safety Chains?

How many axle's did it have?  Single Axle Or Double Axle?

What Class Of Hitch?

What Size Ball did he use?

We Will Not let this one get away from us...We demand answers so we can develop a best practice and address the fact that over 600 will die in 2019 and over 30,000 will be injured.

A South Dakota couple riding a motorcycle was killed Saturday afternoon in Sibley County when a  tractor driving on the same highway lost its trailer, which then struck the pair, according to the State Patrol.

Officials say Marvin Duane Fandrich, 60, and Kathy Lynn Fandrich, 61, both of Aberdeen, S.D., were on a 2016 Harley Davidson Ultra Limited traveling eastbound on Highway 19 in Arlington Township when the 4 p.m. accident occurred.

Curtis Marc Petzel, 60, was driving an International Tractor 1086 with a farm trailer behind it and traveling westbound when the trailer came loose and crossed into the eastbound lane, striking the motorcycle, sending it into the ditch.

The couple were pronounced dead at the scene.

Petzel, of Arlington, was involved in another fatal crash involving a motorcycle in 2017 on the same highway, according to State Patrol reports.

In the 2017 crash, Petzel was driving a Chevy Silverado pickup on Highway 19 when he rear-ended a Toyota Camry slowing to turn left onto 3rd Street Southeast. The impact caused the Camry to spin into the eastbound lanes of the highway where it was struck by a man driving a 2016 Harley Davidson motorcycle.

The driver of the motorcycle, Brian Reynold Severin, 59, of Gaylord, Minn., died at the scene. The Toyota driver was taken to the hospital with non life-threatening injuries.

Petzel was convicted of misdemeanor careless driving in the 2017 crash. He was not injured in either crash.