Don't You Find It Odd That Not A Single Insurance Company
Not A Single Government Agency Wants To
Address Stolen Trailers?  Maybe This Is  Russian Collusion Click Here

Jeremy McQuirt and Kyle Rosenfield are charged with receiving stolen property and possession of burglary tools.

St. Matthews Police got a call at 6:15 a.m. from witness Mike Watson. Watson, who lives near Our Lady of Lourdes Church on Breckenridge Lane, says he saw the men hook the trailer up to their truck and drive out of the parking lot.

“The trailer had a boot on it. I smelled the rubber burning and saw sparks flying,” Watson tells WLKY, “That boot left a big groove in the concrete all the way up Wallace Avenue.”

Watson called 911 to report the direction the trailer was moving. Minutes later he received a call from St. Matthews Police alerting him they caught the suspects.

No word yet what was inside.Follow this story to get instant e-mail alerts from WLKY on the latest developments and related topics. 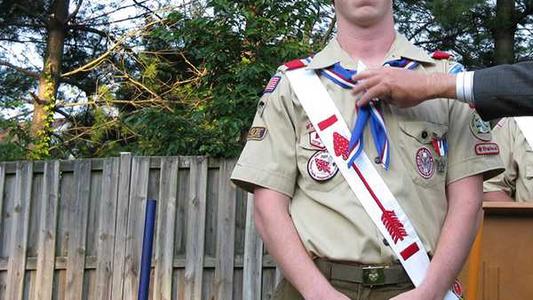 Exposing The CEO Of The Boy Scouts For Doing Nothing Maybe He
Is Russian?  Click Here

Exposing the sheer stupidity of the Boy Scout Organization Thousands Have Been Stolen yet they refuse to put a GPS device or for now a I  Phone using Location Services.  Why?  The Russians are not stealing trailers .....American's are with the help for example of