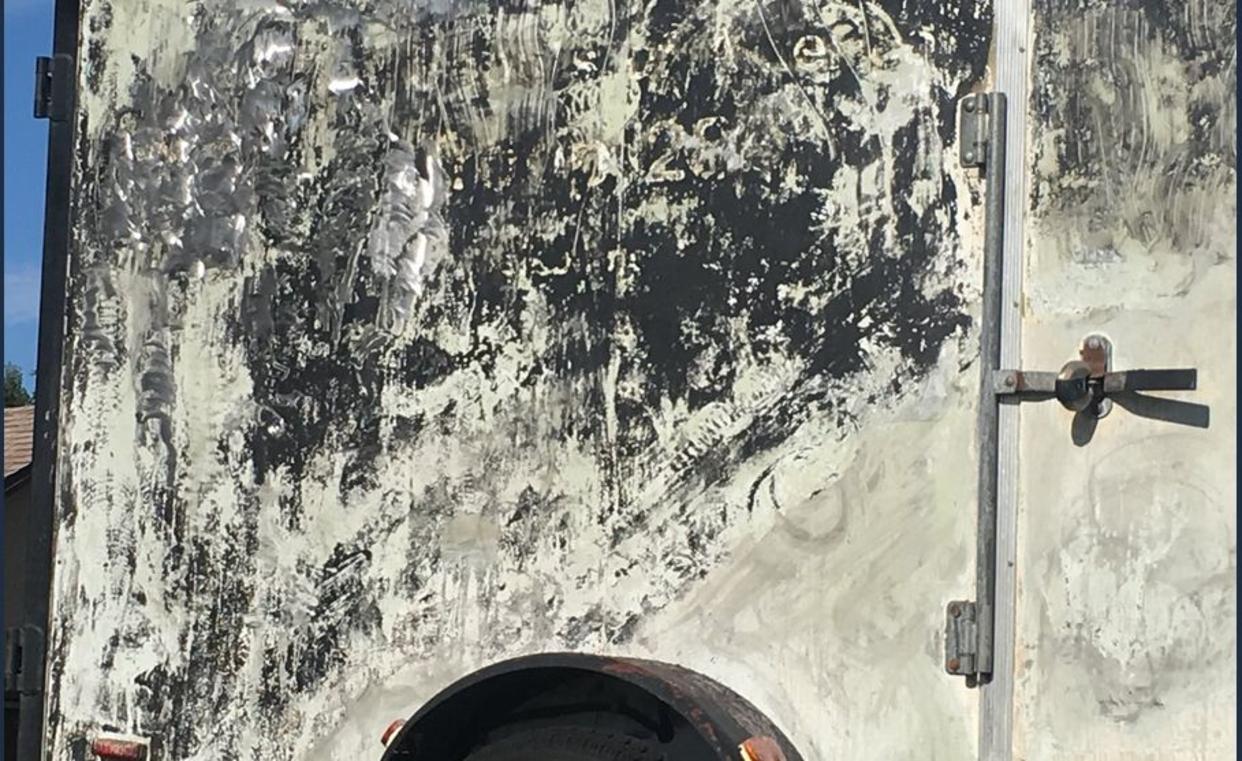 Don't you find it odd not a single Insurance Company....not a single government agency and not even The Boy Scout's Leadership who make's...this and lives in a mansion sipping  dom perignon champagne not even sending out a memo on why Boy Scout trailers are stolen?

Why are we living paycheck to paycheck trying to prevent his organization's trailers from being stolen in the first place?

The fifth highest-paid charity CEO in America was Roy Williams, left,chief scout executive with the Boy Scouts of America National Council, according to a new study by nonprofit watchdog Charity Navigator. Compensation: $1.6 million.

We Sent A Letter to them years ago! 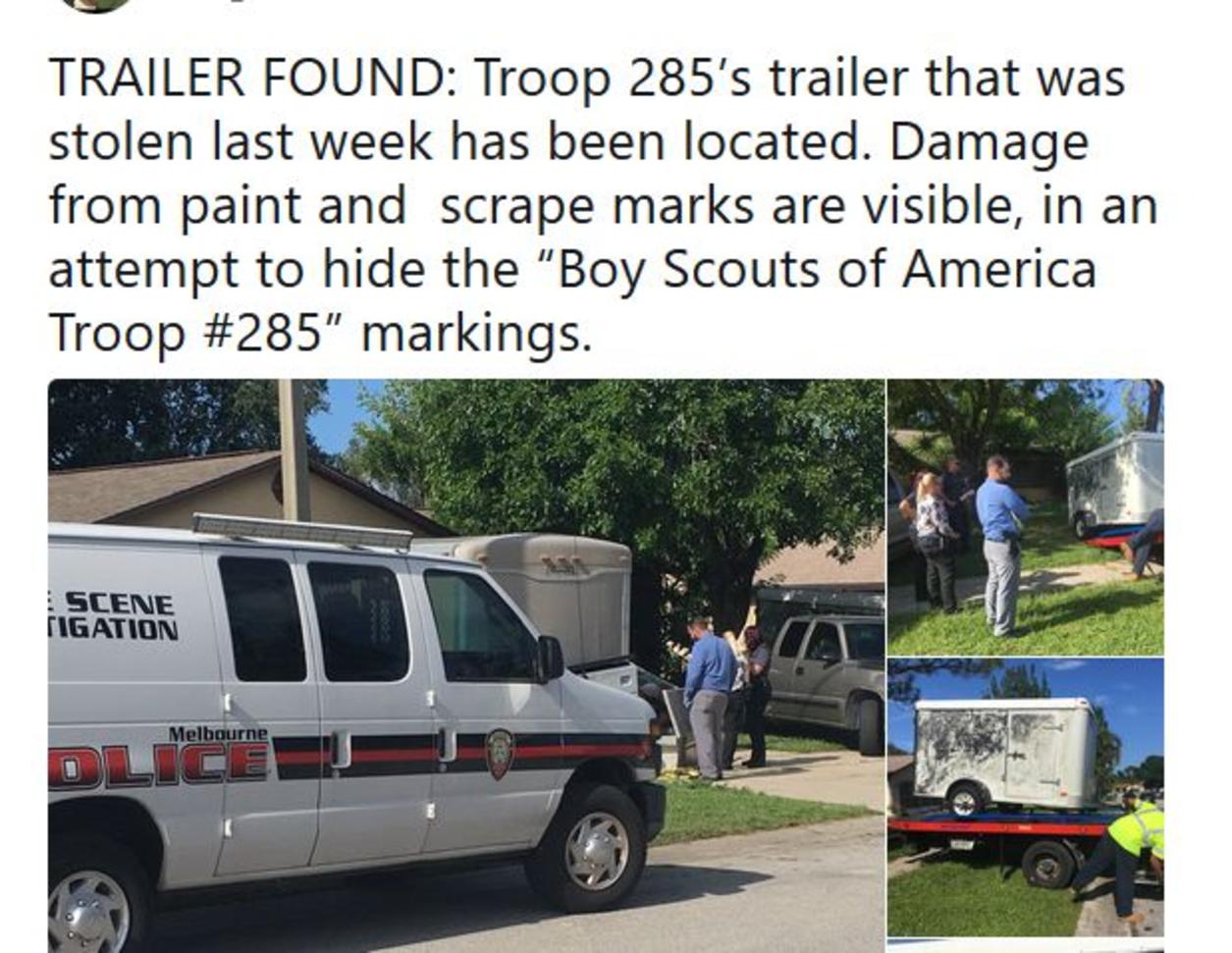 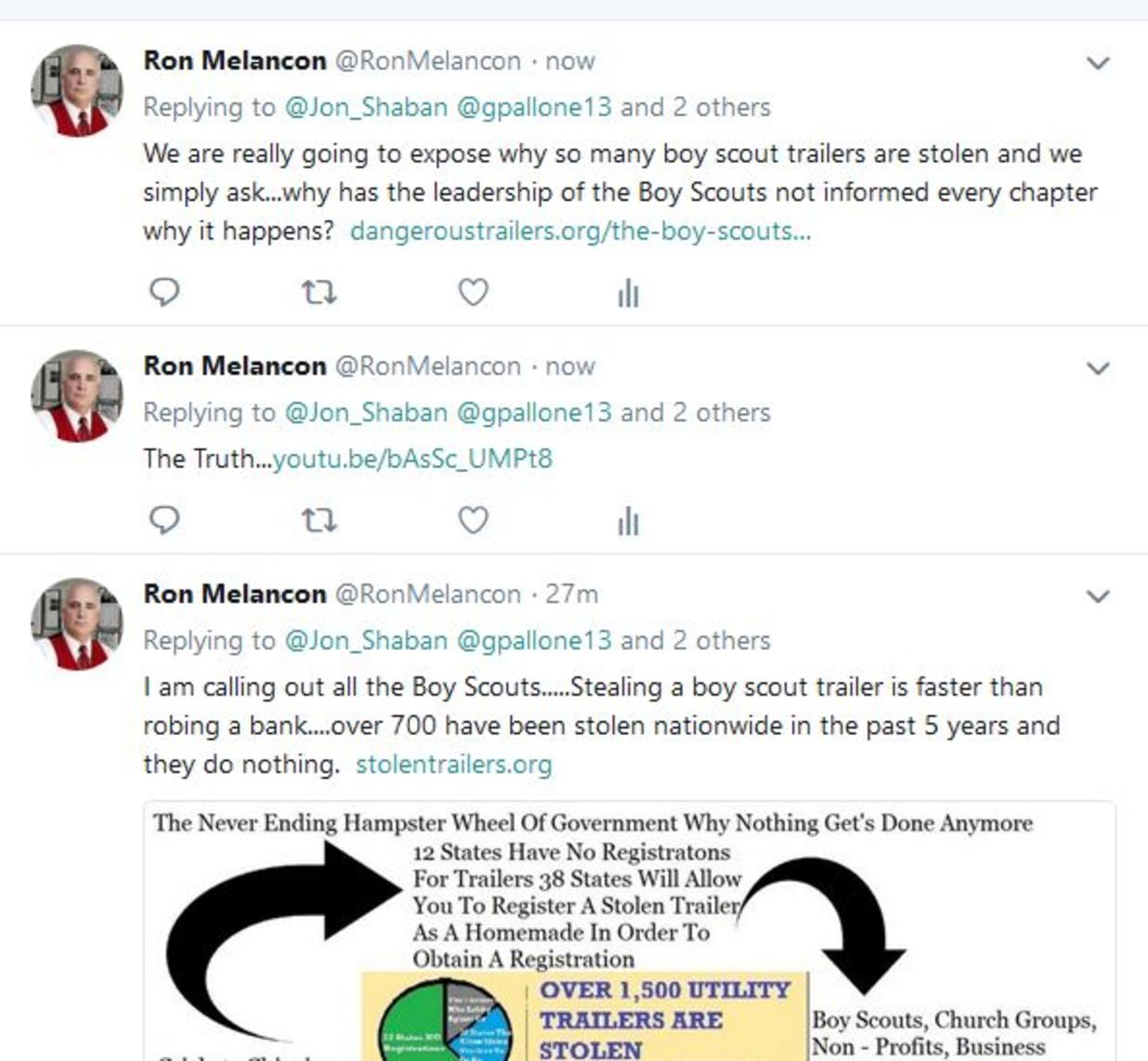 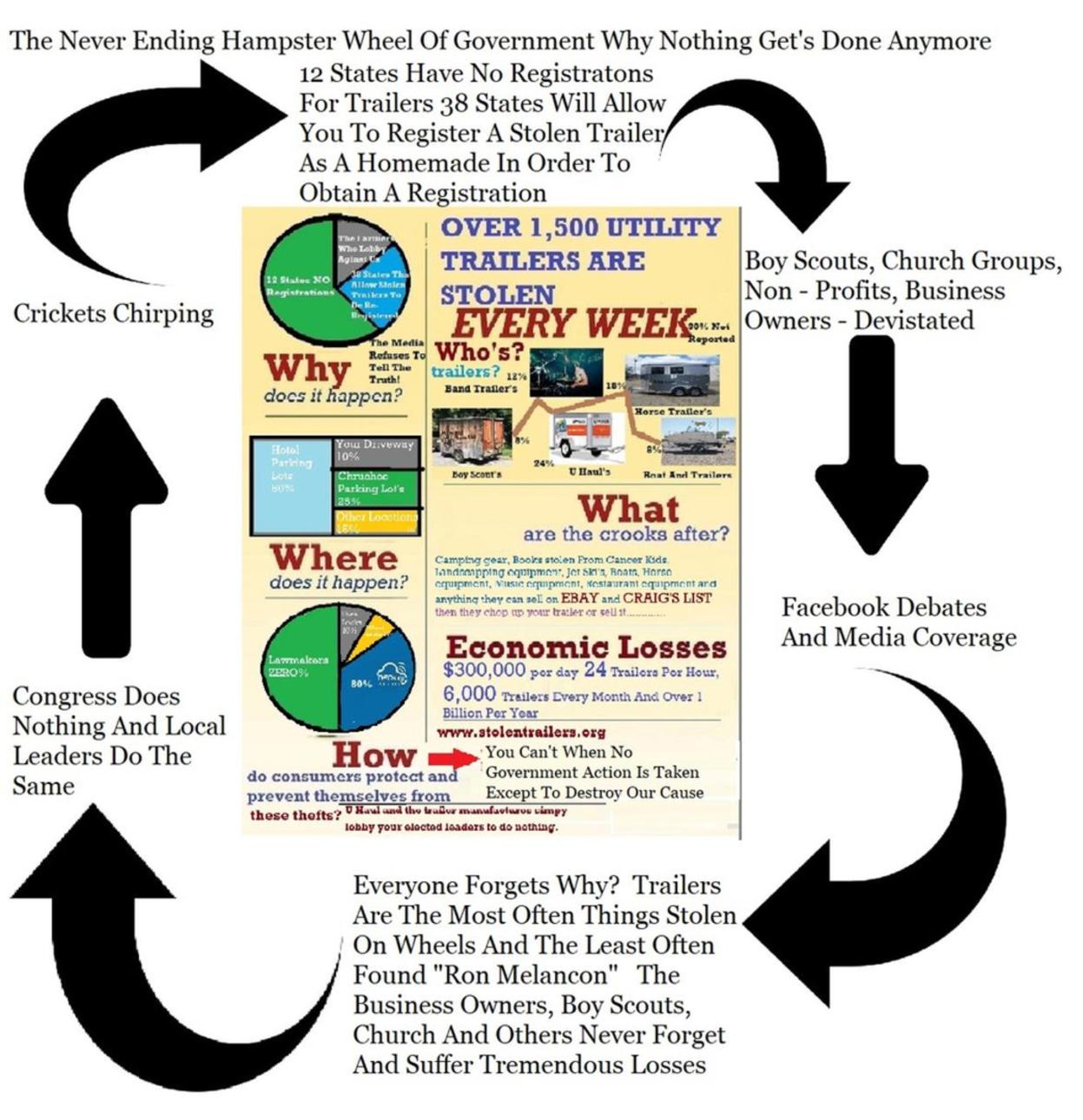 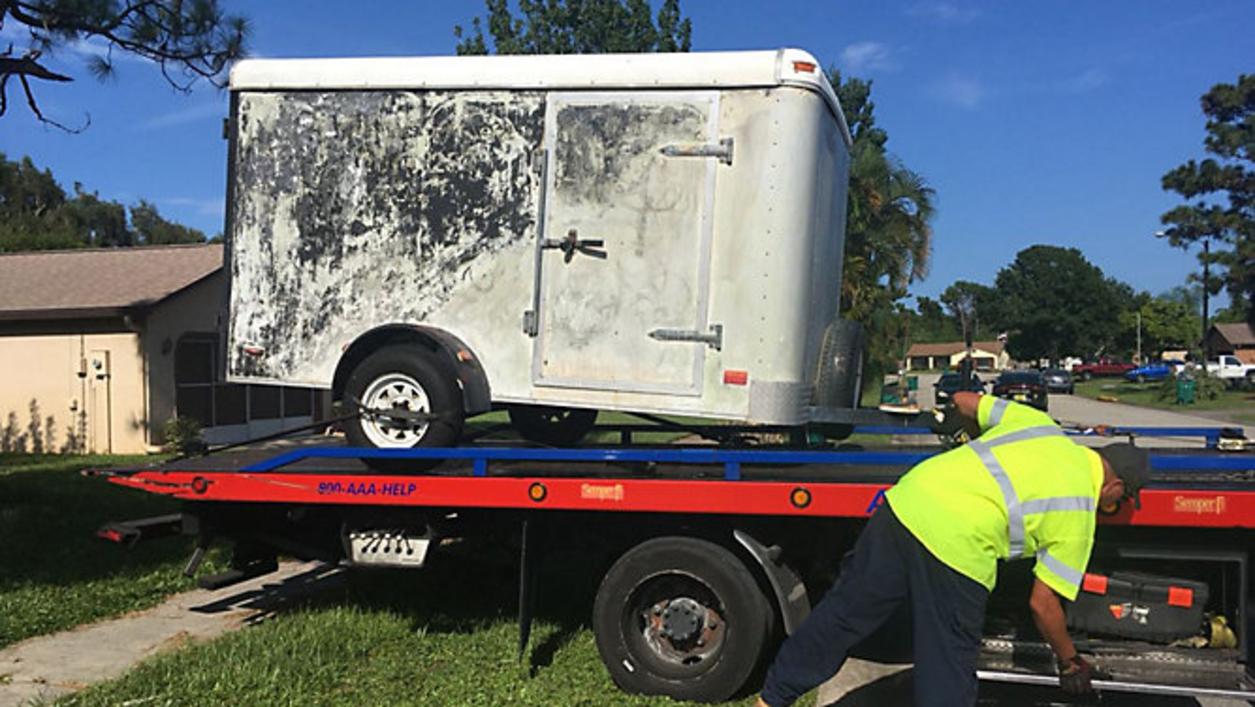 Exactly what we tell everybody what the thieves do!   The either paint it in 30 minutes or do this to disguise the owners of the trailer.  Then they sell the contents on ebay or craig's list....and either sell the trailer with a new vin or use the "Farm Tag" and they never get pulled over or harrsed by the police.

Don't you find it odd that we are the only organization trying to prevent these trailers from being stolen?

Melbourne police said Thursday that they had arrested someone in the case.

The trailer was found Wednesday on Cinnamon Lake Circle in Melbourne. Fortunately most of the camping gear was still inside after an inventory.

Melbourne police say they arrested Stephen Petnel, 36, of Melbourne. They say he confessed to the theft.

According to police, when they found the trailer, there was damage from paint and scrape marks to an attempt to hide "Boy Scouts of America Troop #285," which is based out of Melbourne.

The trailer was initially parked on Unity Church on South Harbor City Boulevard.

When the troop returned to retrieve it last Thursday night, the trailer was gone. They were preparing to go on a weekend camping trip.

Inside the trailer were tents, canopies, stoves and other gear, all worth about $10,000.

The clerk at a nearby BP gas station is a former boy scout, who was familiar with the troop and their trailer.

He provided police with a surveillance picture of Petnel when he came inside to pay for gas, as his truck with the stolen trailer in tow waited at the pump that same day.

Petnel is charged with grand theft.

Detectives tell Spectrum News that our stories over the past week, and on social media, made the difference in cracking this case.

Troop leaders are thrilled to have it back and that the person responsible behind bars.

"(It') overwhelming. I had no idea so many people would be so responsive to our needs,' said Renee Waldrop with Boy Scout Troop 285. 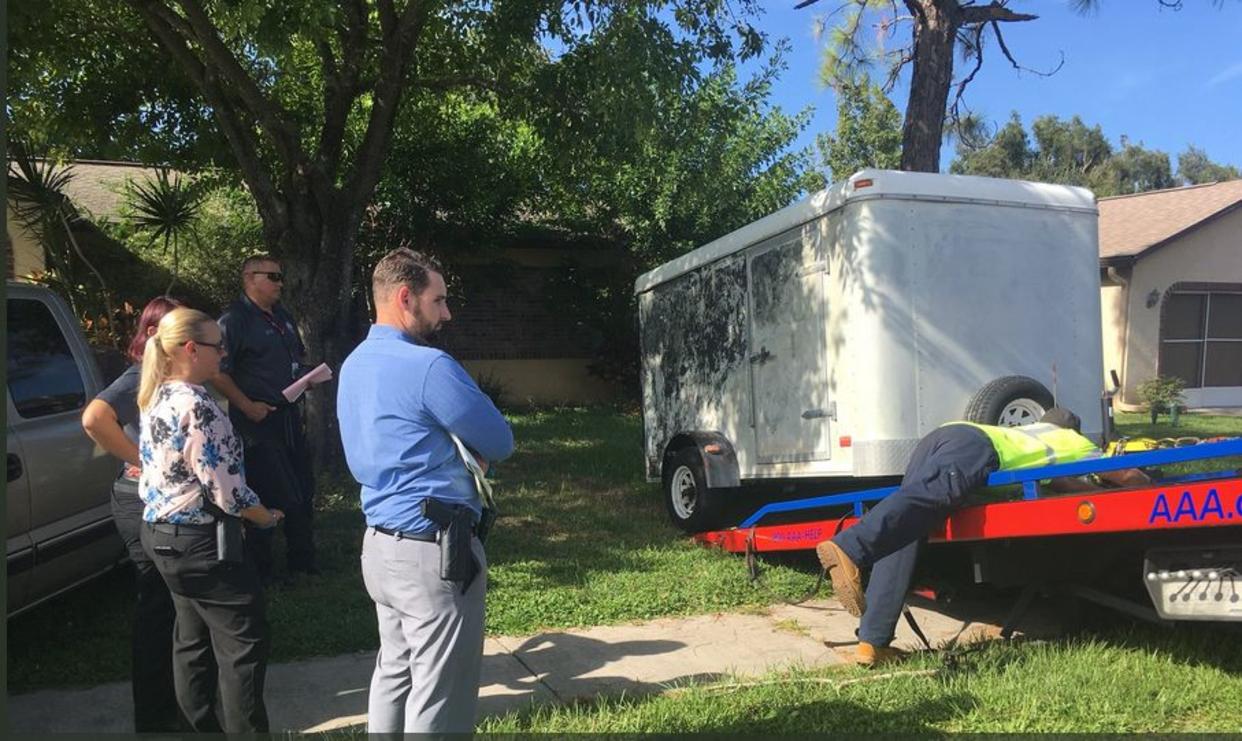 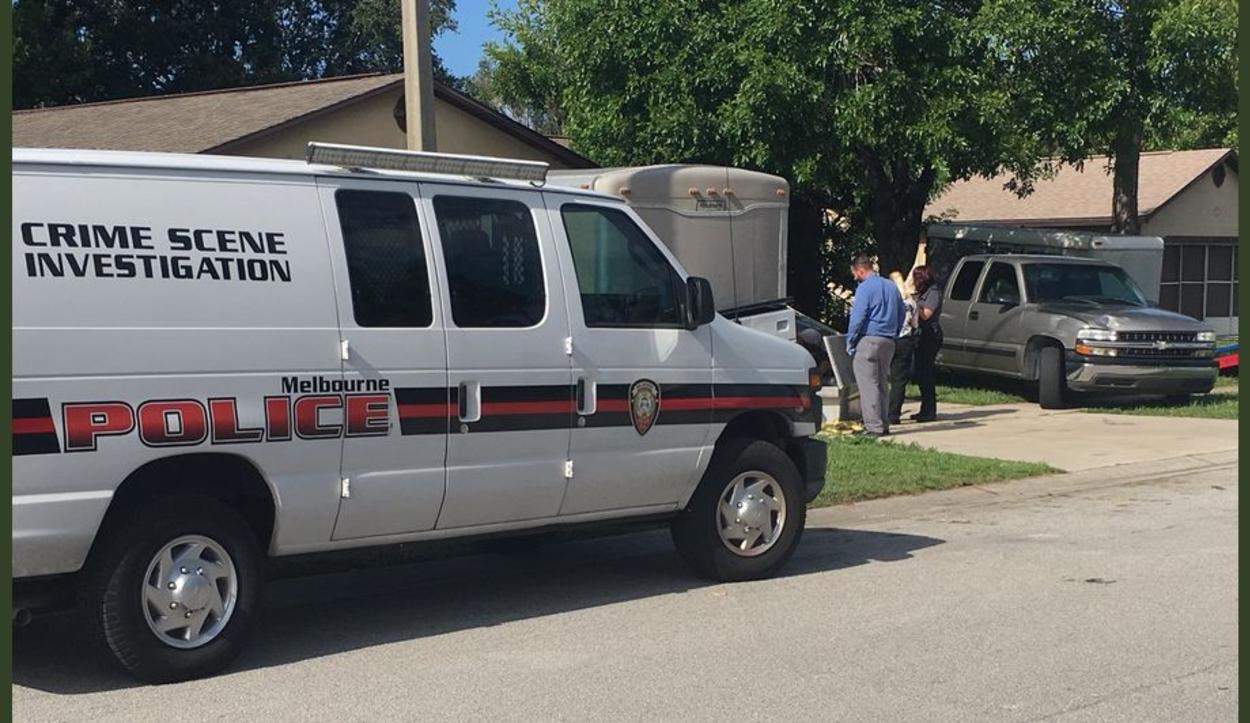