A six-year-old girl from Wainwright, Alta., was airlifted to hospital in Edmonton this weekend after an incident at a local parade.

The girl, who is a 4-H member, was injured Saturday during the parade, which is part of the Wainwright Stampede festivities.

Susann Stone, the executive director of the 4-H Council of Alberta, said the injury was the result of an “unpreventable accident” but declined to elaborate further.

“Unfortunately, the member was injured during the Wainwright parade and at this time, they’re seeking professional medical care,” Stone said.

“On behalf of those involved in 4-H in Alberta, our thoughts and prayers are with the family and [we] wish the member a speedy recovery.”

Global News pressed Stone on whether there would be an investigation. She replied that there are “processes and policies in place to follow up with those involved.”

Wainwright mayor Brian Bethune, who is also a member of the Wainwright Stampede Committee, said there will be a review on the part of the stampede association.

“We’ll look into what we can do better… anything can happen and you can’t always prevent it, but we will definitely look into how it happened and why,” he said. “If there’s a way we can prevent it as a stampede association in the future, we certainly will.”

Bethune said he wants the family of the little girl to know there is support from the community of Wainwright.

“Anytime anyone gets hurt, especially… young children… I think as a community, we all get together and we are right now praying for the little girl,” he said.

READ MORE: Young boy flown to Calgary hospital after being hit by truck at Nanton parade

Watch below: (From August 2017) A six-year-old boy that fell from a flatbed truck and was struck by the same vehicle during the Nanton Round-Up Days parade is recovering at the Alberta Children’s Hospital in Calgary. As Gary Bobrovitz reports, the town is hoping the boy recovers from his injuries.

When A Parade Organization And The-4H Put's on a unsafe Parade....

What Parade Safety Guidelines Did They Have?

What Parade Safety Standards Did They Have?

What Permits did they have?

Did She Fall Off A Moving Trailer?

Did She Get Run Over?

Everyone needs to resign when they say this........

We At www.paradesafety.org is calling everybody out

We Are Contacting Everybody again 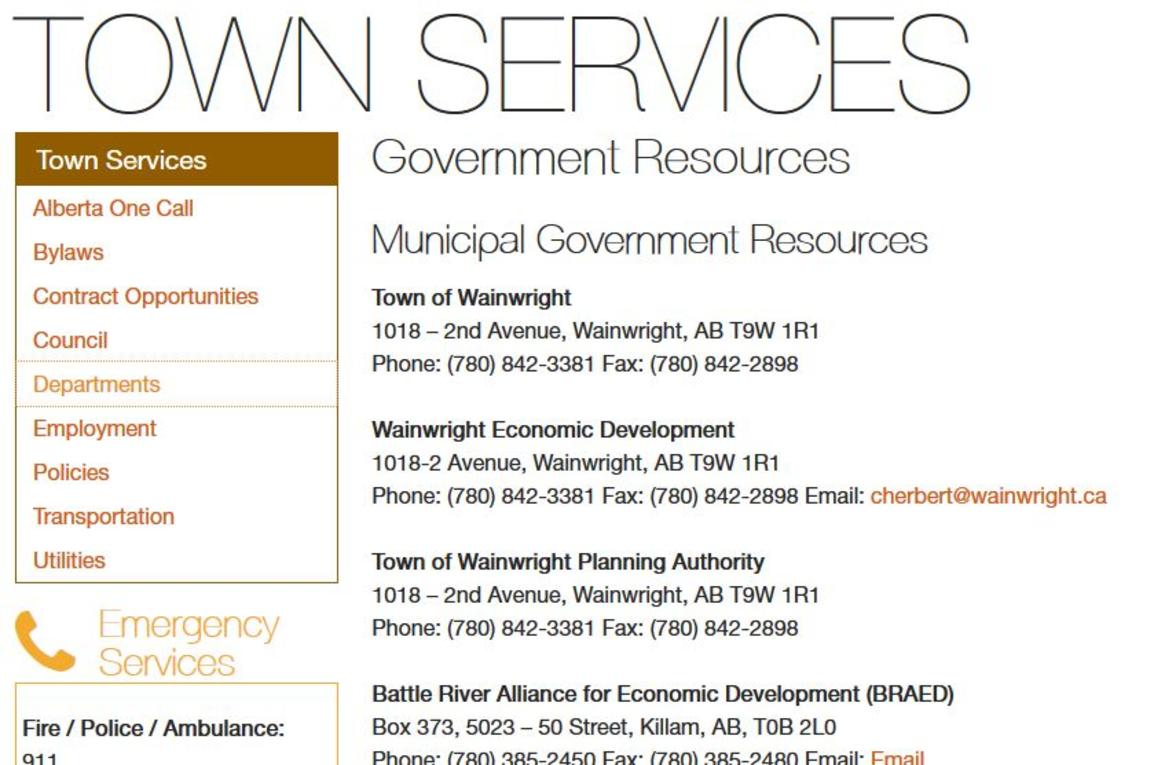 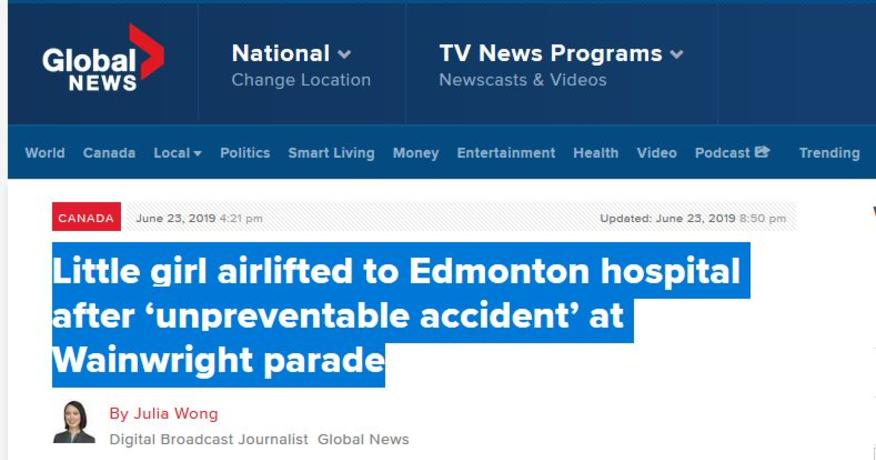