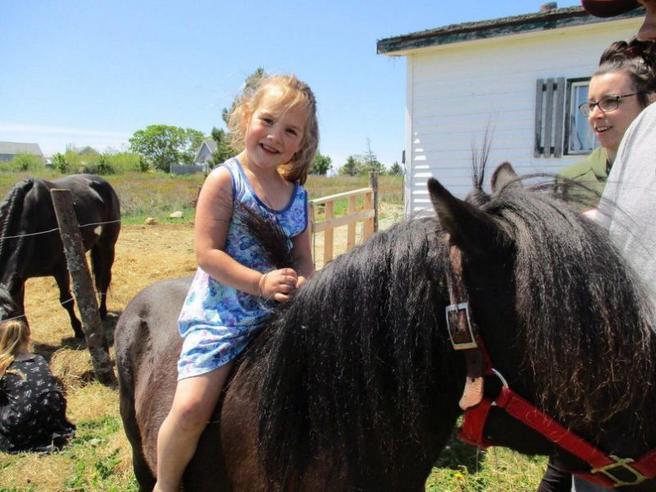 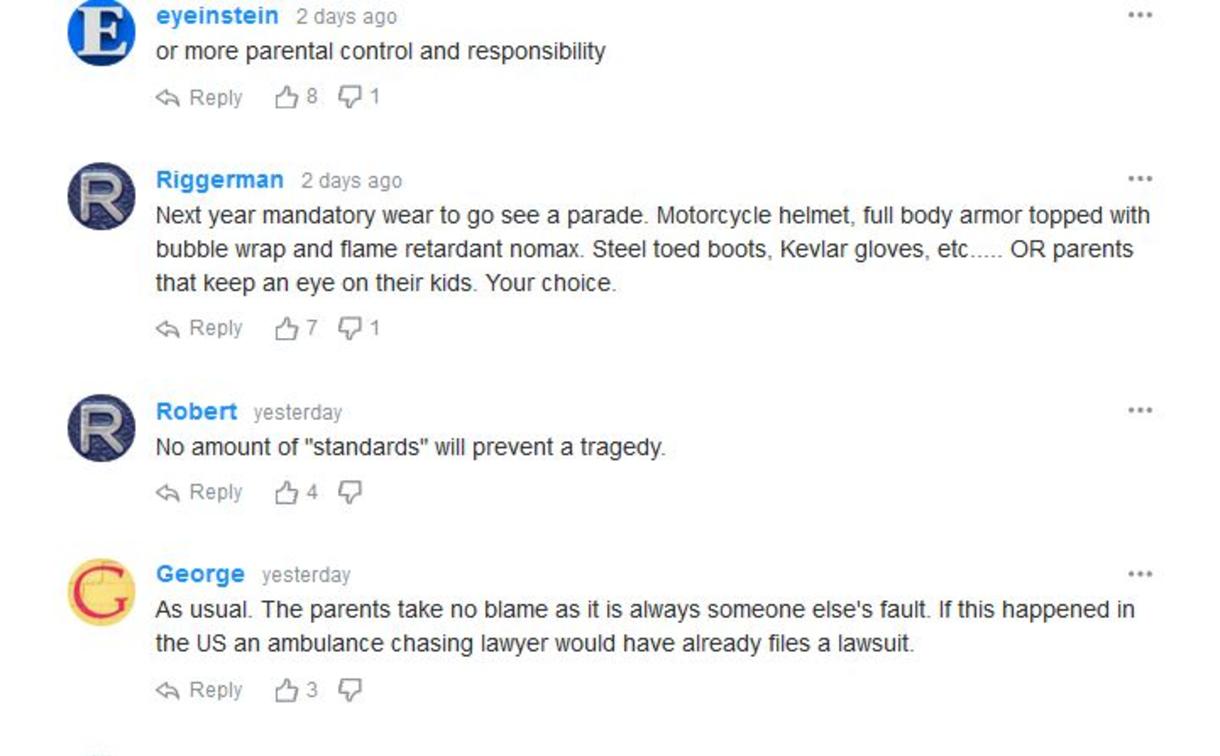 MaCali Cormier is shown in this undated handout photo. MaCali Cormier died Saturday night after she fell under the wheels of a float during the annual Parade of Lights in Yarmouth, N.S. THE CANADIAN PRESS/HO – Cormier Family

When Ron Melancon heard about four-year-old MaCali Cormier’s death at a Santa Claus parade in Nova Scotia this past weekend, he was saddened, but not shocked.

While deaths due to injury during a parade are still relatively rare, there are numerous of examples in both Canada and the United States over the last year, including an eight year old who died during a harvest parade in Windsor, Colo. this past September, or a man who died in Abbotsford, B.C. during a Canada Day parade in July.

Melancon began advocating for safety standards at parades and hayrides nearly a decade ago, leading to the creation of paradesafety.org. After funding from government fell through to support the project, Virginia-based Melancon has been funding his mission to change how parades in North America are operated out of his own pocket. He says that the challenge is finding a party to be responsible for operating standards.

“There is no one who wants to be held accountable for ensuring these operations are safe. There should be a best practice where we all agree, sit in a room, and come up with at least 12 points that we can all find a way to enforce that a beautiful child is not killed like this. The tragedy is it was all preventable.”

Melancon says he worked with Penn State to develop a safety plan for their homecoming parade, which has kept them free of incidents since regulations were put in place. Guidelines like employing crowd control and maintaining a safe zone of five feet around a trailer are recommended by Melancon to maintain a safer environment. However there are no safety standards in place for parades in most parts of North America.

“If you have a standard, and an injury happens, then it’s easy for lawsuits,” says Melancon. “So [interest groups] would rather have no standards and not blame anybody, which is, to me, absurd.

“In today’s world, we have standards for our home, we have smoke detectors, we have car seats, we have seat belts, we have instructions on how to drive a car, but there’s nobody who’s willing…to try to prevent these preventable deaths from happening in the first place. Come on people, we’re better than this.”

Some parade organizers being proactive

Yahoo News Canada reached out to two of Canada’s largest Christmas parades, the Santa Claus Parade in Toronto and the Vancouver Santa Claus Parade, to find out what safety measures were employed during their events, which both took place the same weekend as the tragedy in Yarmouth.

While the Toronto parade organizers had not replied by time of publishing, the Vancouver organizers sent a statement assuring that safety measures were in place, and various stakeholders in public safety were involved in the process.

“The safety of our spectators and everyone involved in the planning and production of the TELUS presents the Vancouver Santa Claus Parade is always our highest priority,” wrote a representative from the event. “Each year, we put a number of measures in place to minimize the risk of injury to parade staff, participants and spectators.”

Measures include safety briefings with participants and volunteers; safety messaging posted to the website and sent out to media; a combination of police officers, traffic authorities, security, parade staff and volunteers posted at intersections and high-traffic locations; a dedicated safety person for each parade entry; and the removal of parked vehicles from the parade route. Public safety tips distributed to the media include staying off the street during the parade and not climbing on street furniture or other objects along the route.

The representative also says that the Vancouver Police Department, Vancouver Fire and Rescue Services, BC Ambulance Services and Special Events Public Safety were all involved in discussing event risk and mitigating any issues. The Vancouver Santa Clause Parade has not had an incident during its 14 year history.

But for the hundreds of small towns that may not have as rigorous standards in place, Melancon says he’s continuing to fight for more formalized regulations at more events.

“That’s what my urgent matter is…it could happen again this weekend, next weekend,” says Melancon. “I don’t want my prediction to come true, which is about three more are going to die before New Year’s. And that bothers me. And I hope it bothers other people too.”

Do you think parades should have more formalized safety standards? Vote in our poll above, and share your thoughts in the comments below.

And as typical here are the heartless comments... 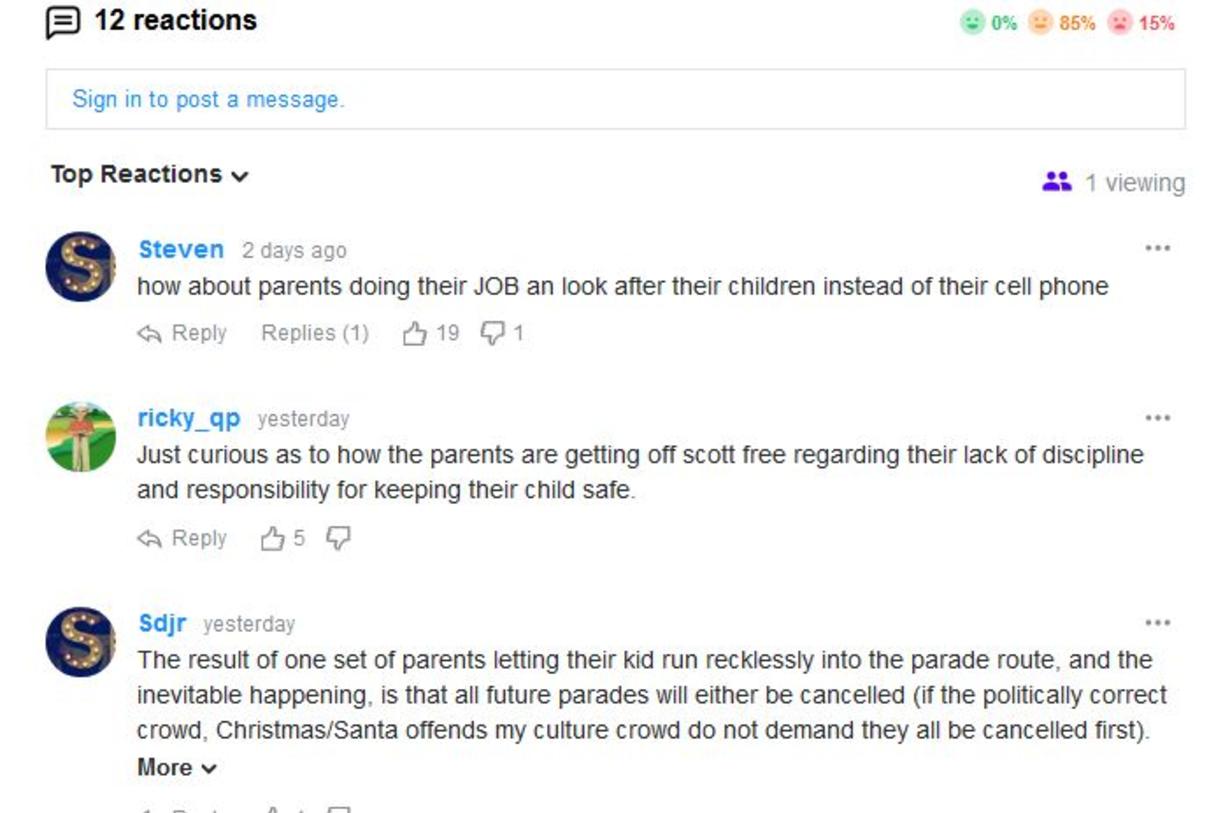 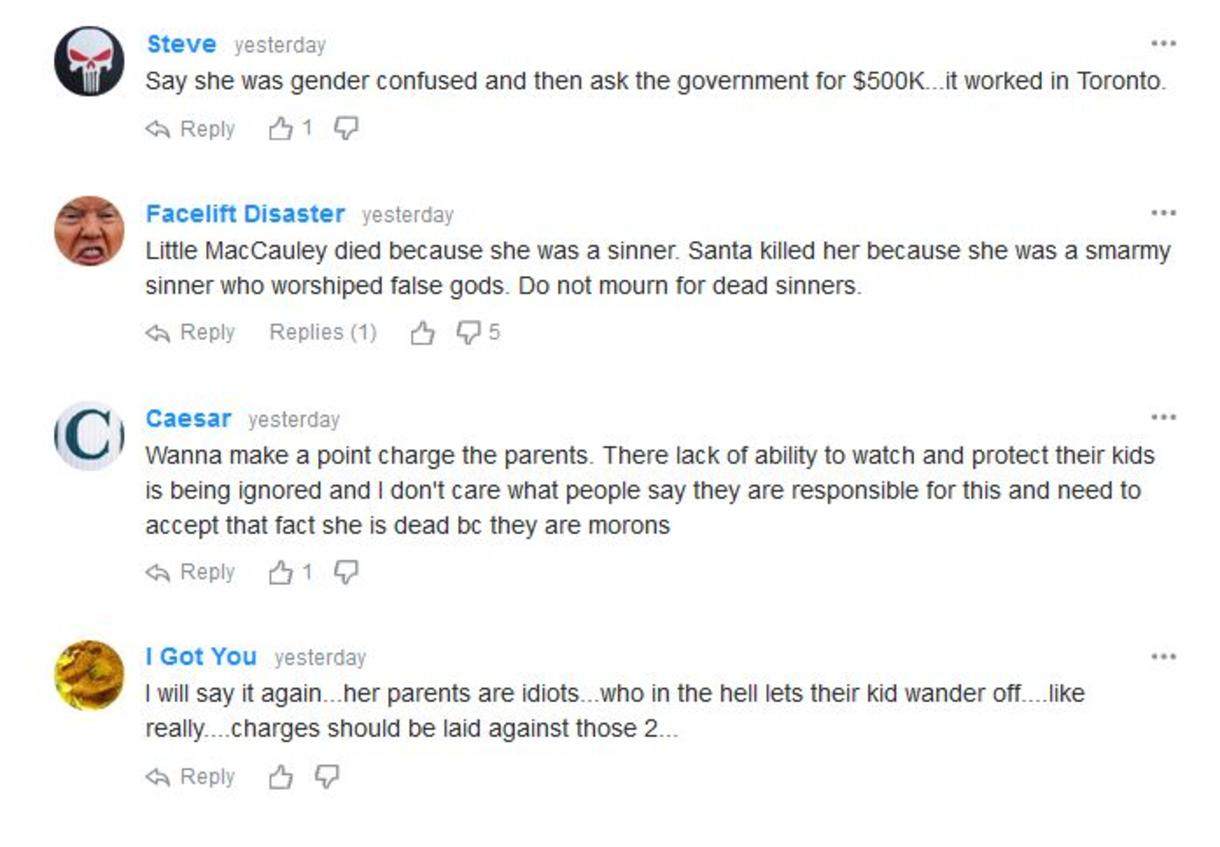