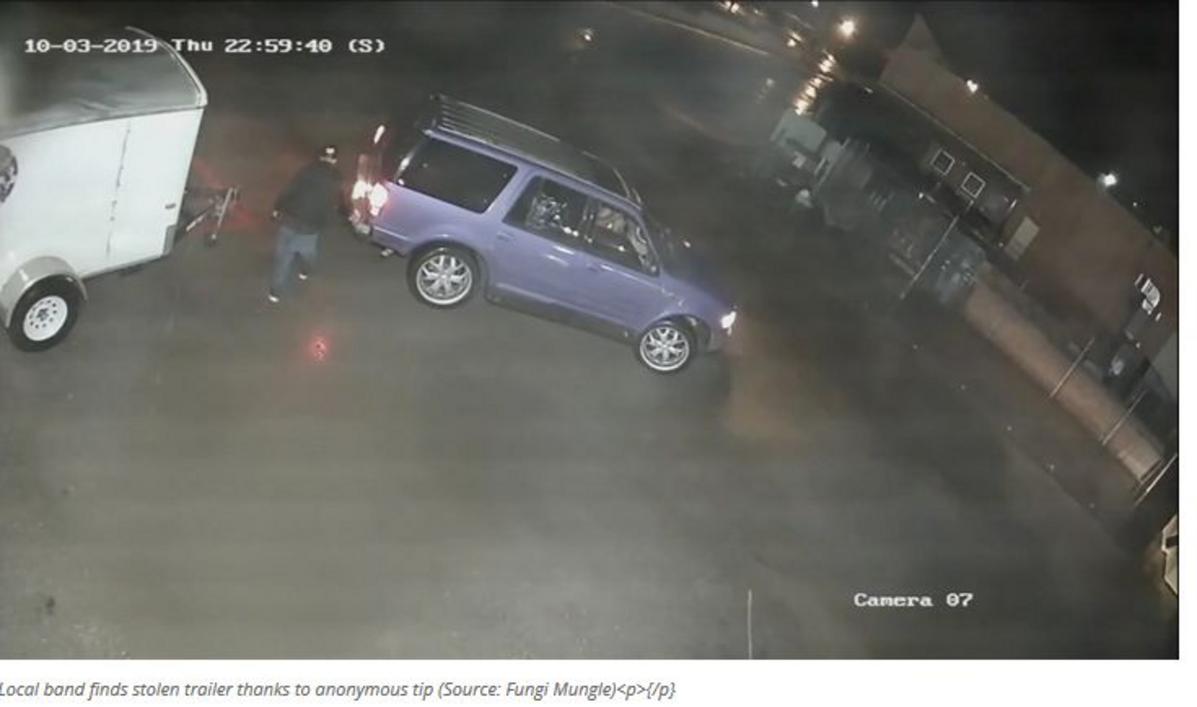 Over 1,500 Utility / Horse / Boat Trailers Are Stolen Evey Week In The United States

12 States No Registrations For These Trailers

Don't you find it really odd that not a single insurance company...nobody except us is trying to expose the truth?

When The Media Is Complicit and does not tell the truth we have the right to expose the truth.... Ron J. Melancon


When Fungi Mungle was blindsided by the theft of their beloved Wonder Woman trailer, the community stepped up to get the party going again.

“We came out after rehearsal, and it was gone. Somebody stole Fungi Mungle’s trailer,” said singer Joey Mungle.

Disco throwback party band Fungi Mungle has been rocking out in El Paso since 1996, Afros and all.

“We’re just happy to be something El Paso appreciates and part of El Paso. And it’s just a fun band to be in,” said Mungle.

But when the group came together last Friday to rehearse, they were missing a key part of the band: the Wonder Woman trailer they use to drive their instruments to gigs.

Surveillance video showed that drivers of a purple Ford Expedition stole their beloved trailer around midnight.


Luckily, the trailer was empty when it was stolen, but the band says you can’t put a price tag on the theft.

“Millions of dollars of memories. Of gigs. A lifetime of love. How can you replace that?” said Mungle.

The band turned to Facebook and asked the community for help, and within hours, they found their trailer.

“We found the trailer. The good people of El Paso and the disco gods have found our trailer. And by the grace of God, somebody loved Prince enough to paint it purple for us,” said Mungle.

An anonymous caller tipped them off to a home in far east El Paso, where they saw the trailer get dropped off in a front yard. The trailer was painted purple.

But the people living in the houses said they bought the trailer off Craigslist and didn’t know it was stolen.

Police came and took a look at the trailer, but when the band said they didn’t want to press charges, they simply towed the trailer back to where it belonged.

“I’m just happy to have our trailer back. And they painted it purple. That’s the funniest part,” said Mungle.