Why Are Farmers Excluded From Any Safety Standards?
Was Charile's Life Worth Anything To Anybody In South Carolina?
He Was To The Family -- Like Angel Mom's Our Government Ignores These Deaths?
His Death Was Not "Manufactured"

Stolen Trailers In South Carolina Nobody Wants To Fix The Problem Why?

Who Killed Charilie's Law And Him Again?

Voice Mail Received January 14, 2018 From Rick Fulmer We Are Ready To Help
Trailer Stolen Trailer Page Unsolved Deaths In South Carolina We Do Have The Right To Expose

reduce property damage, reduce stolen trailers and solve the death's of 2 people that we know of.

First here is the voice mail

Here are our recomendations:

One - If people are not aware of a penalty then their safety behavior will not change.

If your trailer comes loose and kills anybody you will be charged with involuntary mansalugher and if found guilty a minimum of 5 years must be served in jail.

Two- Within Two years of this legislation enaction all trailers must be equipped with a vin number embedded in the metal one inch from the hitch on the left side of the trailer and can never be removed or modified.

Six- In addition two reflectors or at least 8.33 feet of DOT Type c-2 tape must be applied to the "Extreme Rear" of the trailer in order to give it some dept preception and if the lights should fail which they almost always do.

Seven- A Certified hitch pin must be placed in the hitch coupler...not  a screwdrver......bungie cords .....cotler pin......Duct tape....hangers......or even Electrical straps

to hold the trailer to the towing vehicle if and when the hitch fails which it will almost certainly do.

Nine-Eventually a Trailer safety section in all drivers ed manual's must be implemented in order to teach people the rules of safe towing.

Ten-No car tires can be used on any trailer....all must be using ST Rated tire and if anybody is observed with towing a trailer with "Car Tires" they will get pulled over.

All of these major safety violations must be "Primary Offenses" not a secondary offense period.

It's about time we fix things in America instead of the "Hamster Wheels" of Government.

Then All Efforts must be made to find out who killed these people.

ANDERSON — A year has passed since a detached utility trailer caused a crash on Interstate 85 in Anderson County that killed the parents of two young children.

The driver who was towing the trailer that came loose has yet to step forward to take responsibility for causing the multi-vehicle accident. Because the trailer was unlicensed, investigators had no way to identify its owners.

South Carolina officials also have paid little heed to an activist who strongly criticized the state’s lax regulations on small trailers in the days after the accident. Under state law, most utility trailers weighing less than 2,500 pounds do not need to be licensed or registered, according to the South Carolina Department of Motor Vehicles.

“I can’t believe your state has done nothing,” said Ron Melancon, a Virginia resident who has successfully lobbied lawmakers in his state to pass a pair of trailer-safety measures in recent years.

The events that led to last year’s fatal wreck began about 8:30 p.m. on Sept. 18 near mile marker 24 on the southbound side of I-85. According to the South Carolina Highway Patrol, a small homemade trailer being towed by a truck broke free and came to a stop in the middle lane of the highway.

The driver of a red Chevrolet sport utility vehicle pulled over beside the center wall to make a 911 call about the unattended trailer. Moments later, a gray Honda Odyssey struck the trailer and then swerved into the path of an 18-wheeler traveling in the right lane. The force of the collision caused the crumpled minivan to hit the parked Chevrolet SUV.

The Odyssey’s front-seat occupants — Spartanburg resident Sajid Pirani, 34, and his wife, Shirin Pirani, 33 — died at the scene. Their two daughters, ages 3 and 6, were in the minivan’s back seat. They were treated at Greenville Memorial Hospital and are now living with an aunt and uncle in Georgia.

“The case is still open and we could use any information that anyone has,” said South Carolina Highway Patrol Lance Cpl. Scot Edgeworth.

Accidents involving runaway trailers happen with surprising frequency. The results of such wrecks often are deadly.

A total of 15,592 people died across the United States between 1975 and 2009 in crashes involving passenger vehicles towing trailers, which equates to 1.2 deaths per day during that period, according to National Highway Traffic Safety Administration statistics. South Carolina accounted for 165 of those fatalities.

About a month before last year’s fatal crash on I-85, a 22-year-old Georgetown man died when his 1996 Toyota collided with a detached trailer near Salters. And less than a month after the wreck that killed the Piranis, a 27-year-old school teacher died in Pitt County, N.C., after her SUV slammed into an unhinged trailer.

More recently, a 58-year-old Missouri man was killed last month when his Jeep hit a detached homemade trailer hauling two aluminum canoes. On Saturday night, a 59-year-old Canadian man died after his Saab sedan crashed into a steel trailer that had been left on a road in Alberta.

Melancon, the trailer-safety advocate from Virginia, says the vast majority of these deaths could have been avoided if drivers pulling trailers were more vigilant about using safety chains and checking the security of hitches.

A former emergency medical technician, Melancon ran into the rear end of a trailer with no lights in 2003. Even though he escaped injury, the incident launched him on a trailer-safety crusade that continues today. He is the type of grass-roots activist who will send 30 emails on the topic to a reporter in the blink of an eye.

“When you find something that is a legitimate problem, it seems like someone should be willing to fix it,” he said.

Melancon’s efforts have led to some legislative victories in Virginia. State lawmakers approved a measure in 2004 that requires all trailers in Virginia to have reflective tape or reflectors. In 2010, another law was approved that imposes a $250 fine on trailer owners in Virginia who do not have proper safety connections.

South Carolina law requires all trailers to be equipped with two rear reflectors. State law also mandates that trailers must have safety connections of sufficient strength to prevent them from becoming detached.

Pointing out that violations of these laws usually aren’t discovered until after an accident occurs, Melancon says South Carolina and other states need to go even further to insure trailer safety. He has pushed for laws that would require trailers weighing less than 3,000 pounds to be licensed, registered and inspected.

“I am all for personal freedom, but not to the point where innocent drivers become victims,” he said.

Melancon said he tried to contact at least two South Carolina legislators to discuss trailer safety after last year’s deadly crash on I-85.

“No one got back to me — not even a courtesy call,” he said. 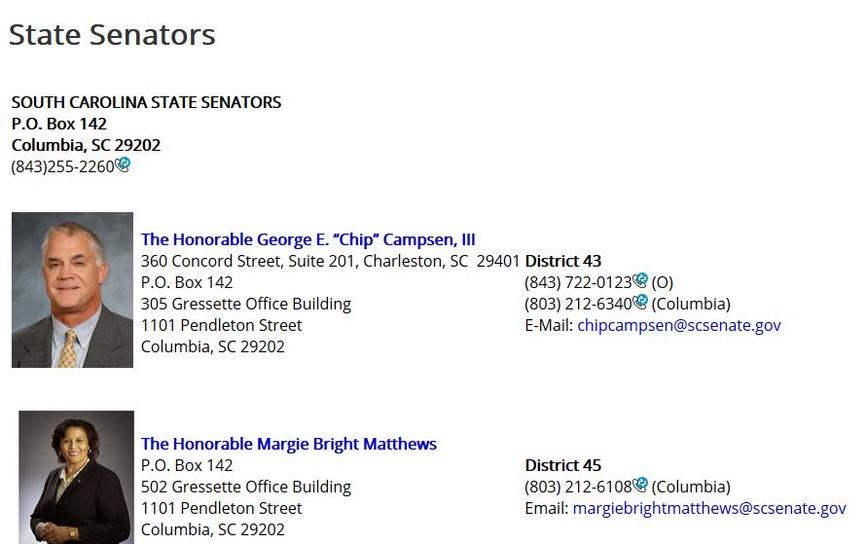