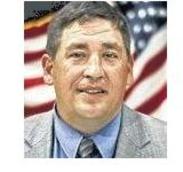 We Have Been Trying To Get A New Life Saving Law For Charlie In South Carolinia For Years...  It Is The Farmers Who Continue To Prevent Safety For Trailers On Our Roads!  Richie Yow Is One Careless Lawmaker.... And We Use His Quote On House Bill  3203  I went on to say that agriculture is the largest business in South Carolina and the bill, as it was before the amendment, was just another way to regulate farmers out of business........ Well Tell This To The German People And The American People....Yes We Believe That If Your Trailer Goes Onto Any Public Road You Need To Have A Standard Safety Regulation To Prevent Farmers From Killing Others and Ordinary Citizens Must Also Do The Same.

H. 3430 — A bill to amend the code of laws by adding Chapter 77 to Title 39 so as to provide that it is unlawful to sell or install an unmounted, unsafe used tire onto a passenger car or light truck, to define “unsafe” for the purposes of the chapter, to require the department of health and environmental control to conduct inspections, to provide a civil fine for each violation, to provide that this chapter does not limit a business or individual’s liability under the state’s products liability laws and to exempt a business or person who is selling tires for retreading.


I did not vote for this bill, but it passed the house 56-48. I believe it is bad for rural South Carolina as it has the potential to regulate small business owners, who provide good used tires at an affordable cost, out of business. I am hopeful this gets rectified in the Senate.


I believe the citizens of Lancaster and Chesterfield County have enough knowledge to decide what type of tires they feel comfortable purchasing.


H. 3203 — A bill to amend the code of laws by adding Section 56-5-245 so as to define the term “utility trailer” and to provide for the equipment that must be used to attach a towing vehicle to a utility trailer.


The debate on this bill was heated. I, along with Rep. Hardee, introduced an amendment to exempt agriculture equipment. During the debate in which I was speaking in favor of our amendment, Rep. Rutherford took to the microphone against the amendment. I went on to say that agriculture is the largest business in South Carolina and the bill, as it was before the amendment, was just another way to regulate farmers out of business.


After a very heated debate, my amendment to protect our farmers passed by a vote of 61-32 and was added to the bill, which was then recommitted to the Agriculture Committee for further study.