Stunning Quote how can a Idaho State Trooper say this with no data and no research?  "Chris Schenck, Idaho State Police spokesman

Schenck said in his 29 years of working he can’t recall hearing about a trailer becoming unhitched from a semi. However, accidents like the one Wednesday have caused fatalities in the U.S. Last year, a man in Oklahoma died from a similar crash 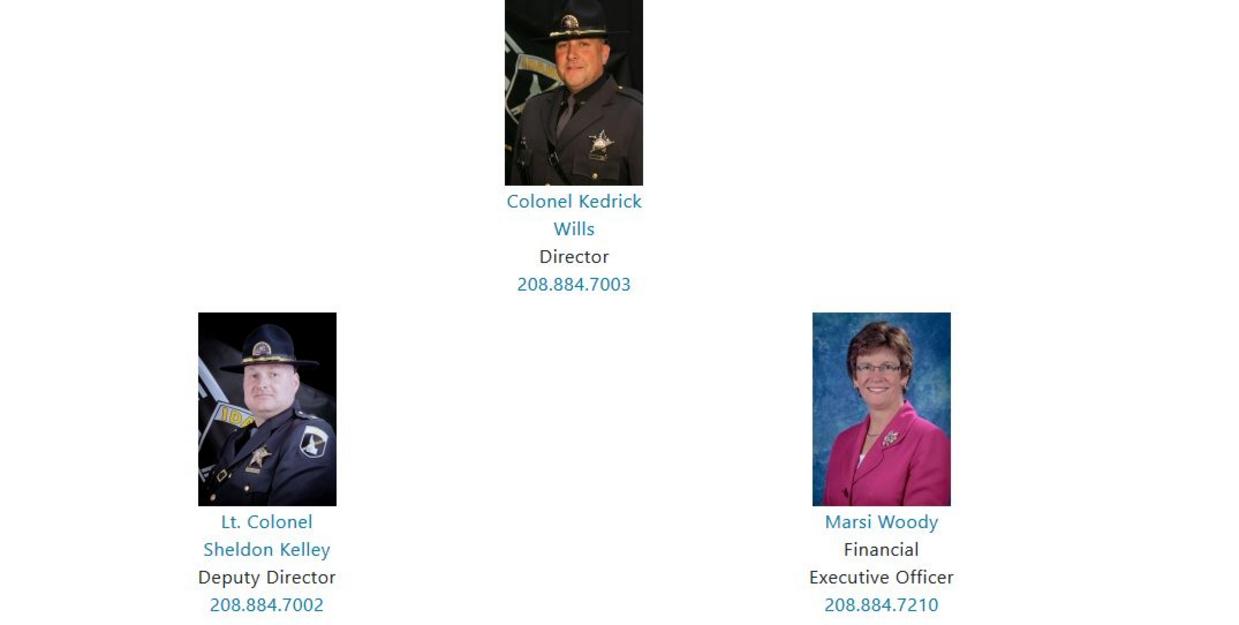 A semitruck trailer came unhitched, drifted into oncoming traffic and crashed head-on into a car on U.S. Highway 95 south of Coeur d’Alene on Wednesday morning.

Two men in the car were taken to a hospital in critical condition, said Chris Schenck, Idaho State Police spokesman.

The truck, owned by Montana company Mergenthaler Transfer & Storage, was traveling south on the highway about 3 miles south of Coeur d’Alene at about 8:15 a.m. The trailer drifted into the northbound lane, striking a gray Nissan sedan, Schenck said.

The Nissan wedged under the semitruck trailer, and rescue crews had to hoist the end of the trailer to free the victims.

The driver of the Nissan, Nicholas S. Spooner, 25, and the passenger, Timothy P. Spooner, 59, were both wearing seat belts, according to a news release from Idaho State Police.

Schenck said in his 29 years of working he can’t recall hearing about a trailer becoming unhitched from a semi. However, accidents like the one Wednesday have caused fatalities in the U.S. Last year, a man in Oklahoma died from a similar crash.

He said no citation has been issued and that detectives are investigating what caused the crash.

Mergenthaler Transfer & Storage spokesman Art Villa said Wednesday that the company was still gathering facts and had no further comment.

The road reopened at about 12:30 p.m., according to the news release.

The Spooners’ conditions were unknown as of Wednesday evening, and Kootenai Health did not immediately return a phone call from The Spokesman-Review.

Two men from St. Maries, Idaho, who were hit by a detached semi-truck trailer on Wednesday remained hospitalized in critical condition on Thursday, according to a Kootenai Health spokesperson.

Nicholas S. Spooner, 25, and Timothy P. Spooner, 59, were driving north on U.S. Route 95 when they were struck head-on by the trailer, causing their car to wedge underneath it.

Idaho State Police Spokesman Tim Marsano said the investigation is ongoing and details about the cause of the trailer becoming unhitched were not available as of Thursday afternoon and likely won’t be available for about two weeks. 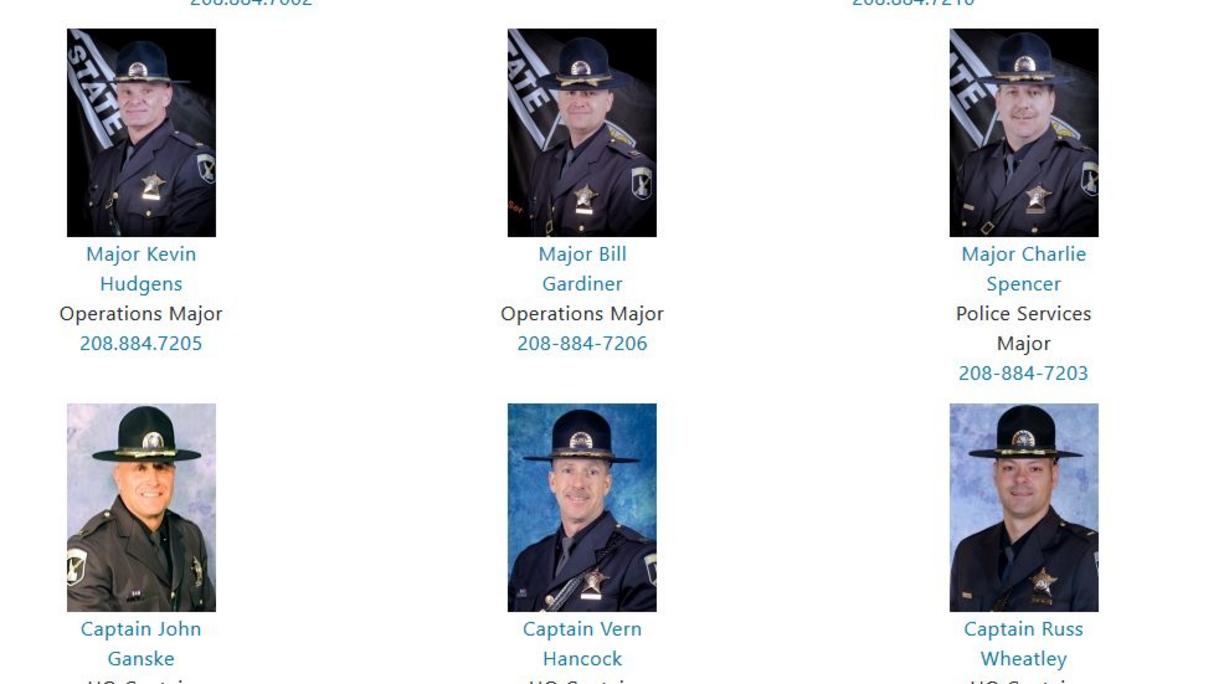 Two dead click here do you see a pattern? 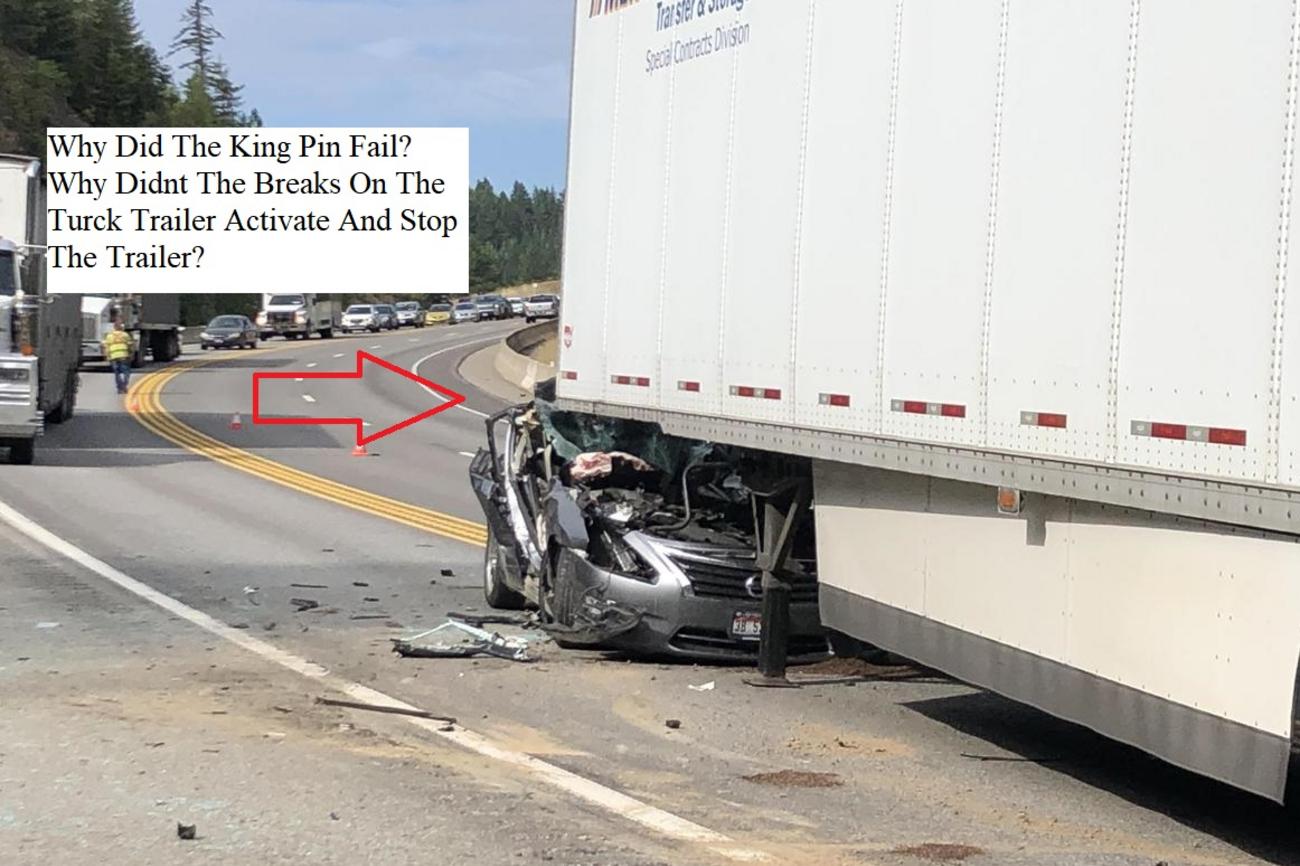 How many defective King Pin's are on our Nation's Roadways?

Ask Questions -  Recalls?  Why are they not being checked and recalled?

Who maintained the trailer?

Who manufactured the king pin?

Who is responsible for safety? 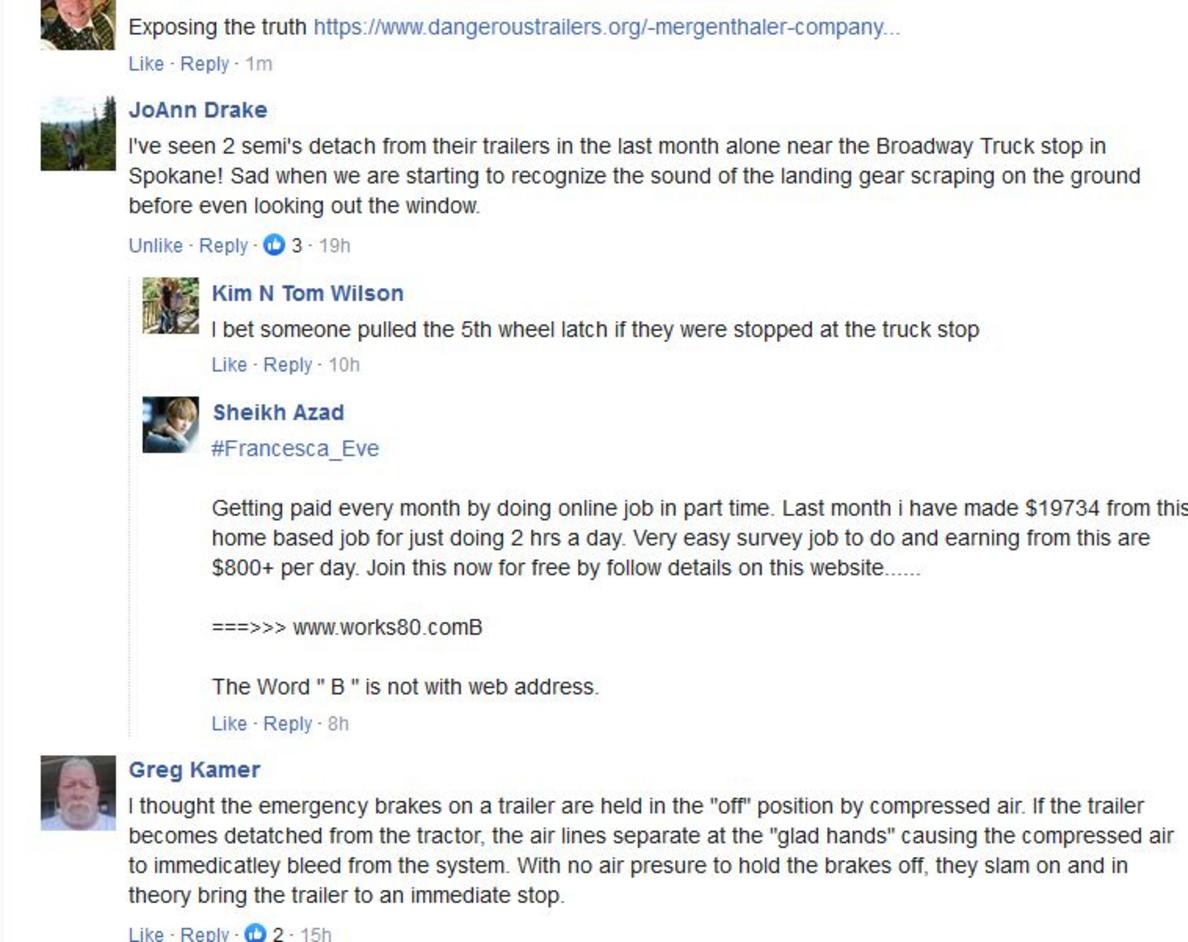 Calling Out This Company.  Note: This Company Supports NATM through lobby efforts and through their support of NATM they in turn destroy our cause and try's to suppress our safety efforts.

They say they have "Corporate Responsibility"  So We Called Them...and asked them to send their Go TEAM to find out what happened.

Two in critical condition after semi trailer comes unhitched, crashes head on into car on Highway 95 near CdA 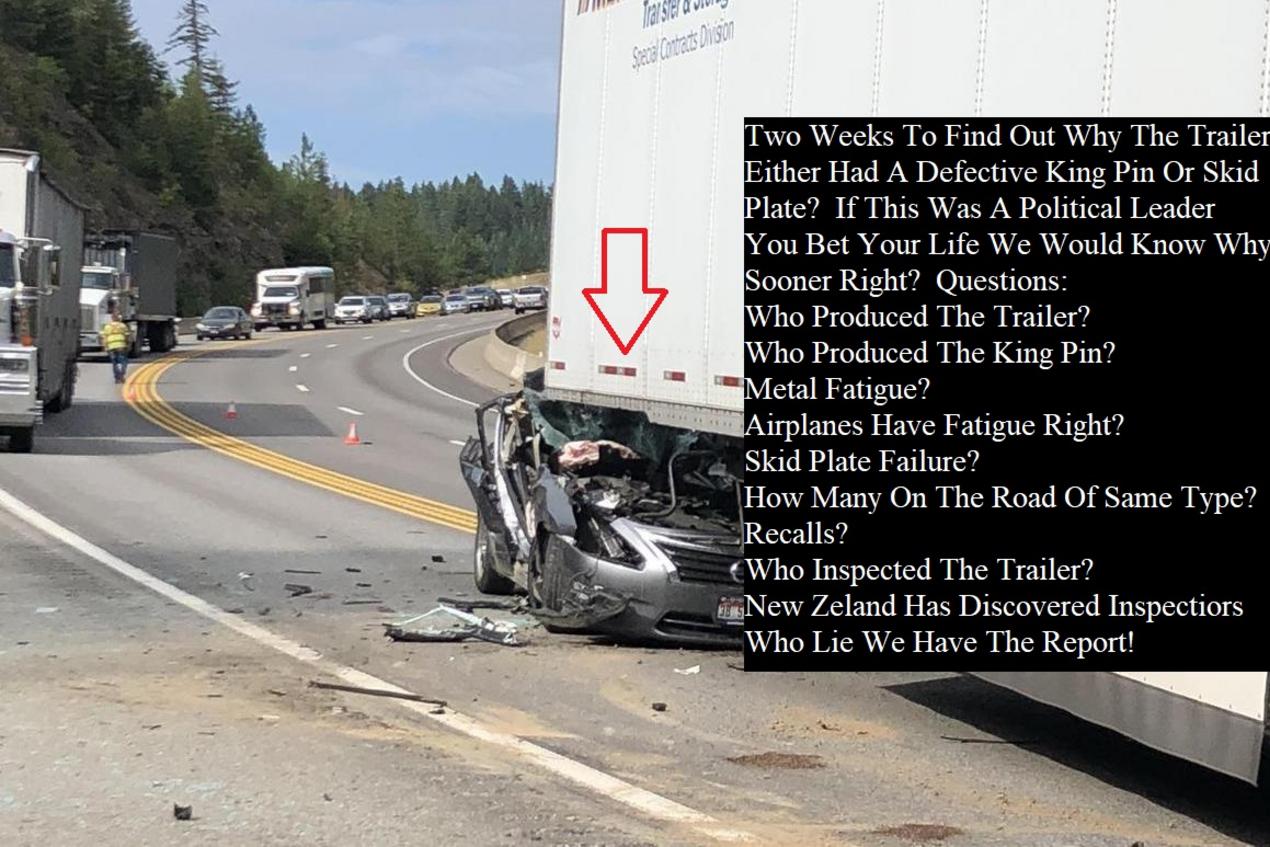 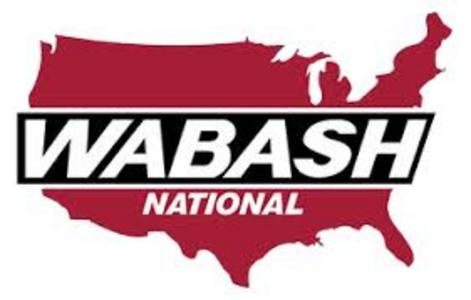 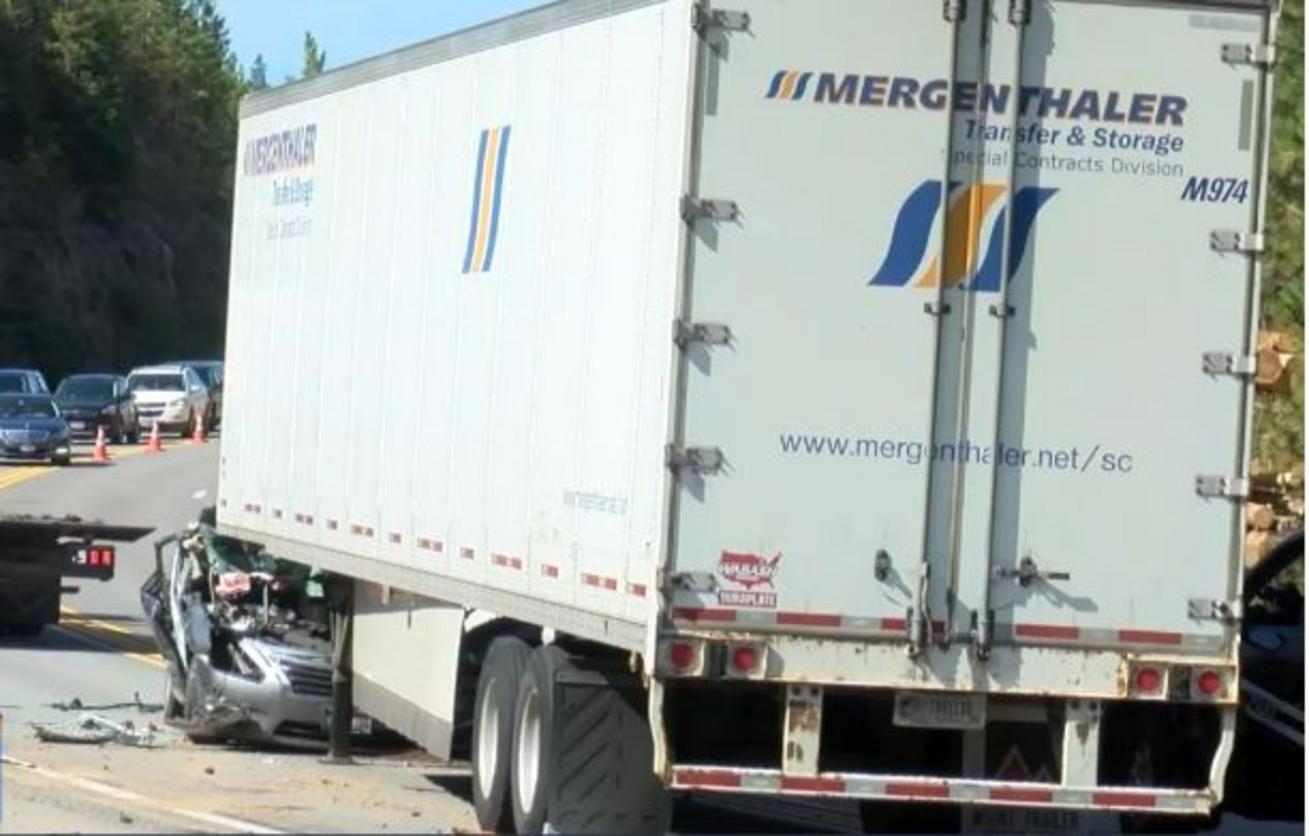 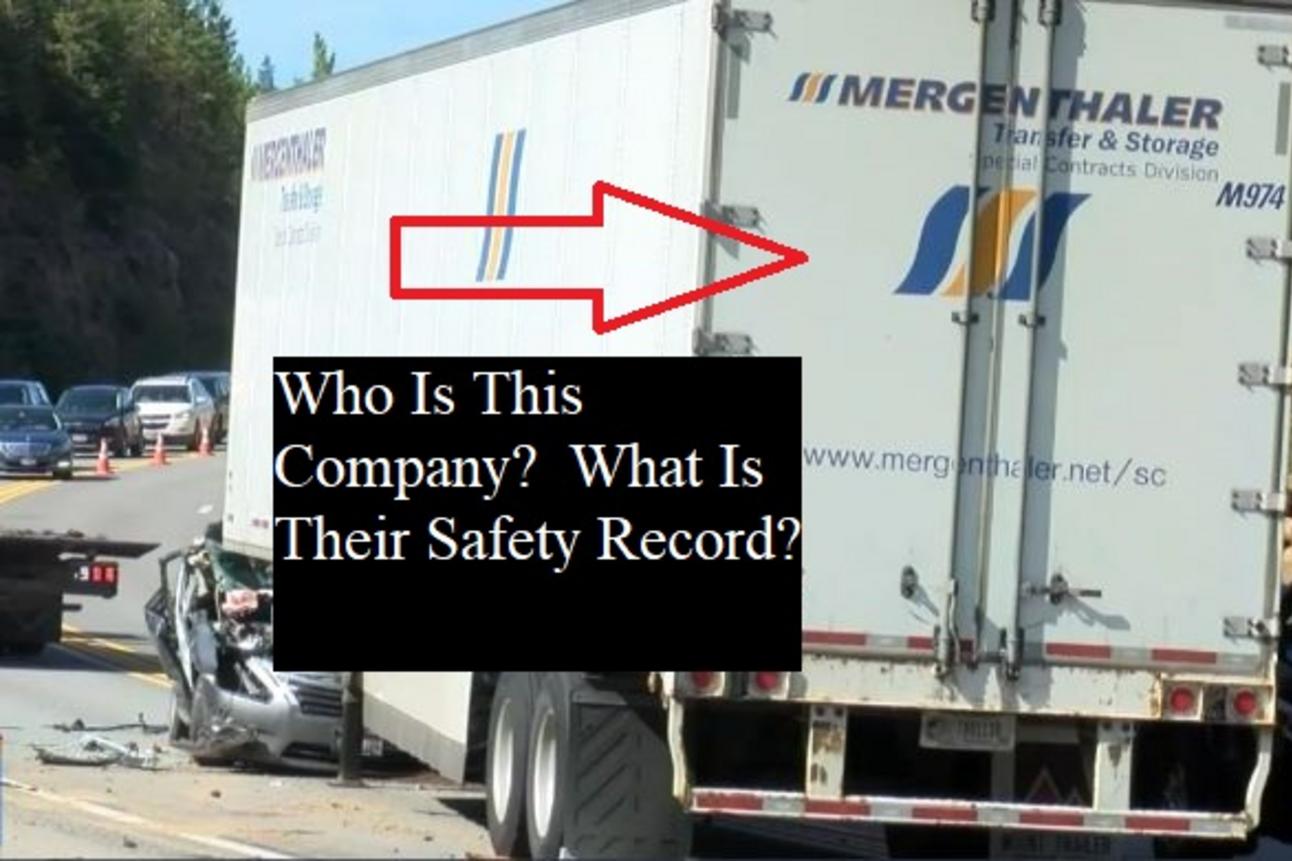 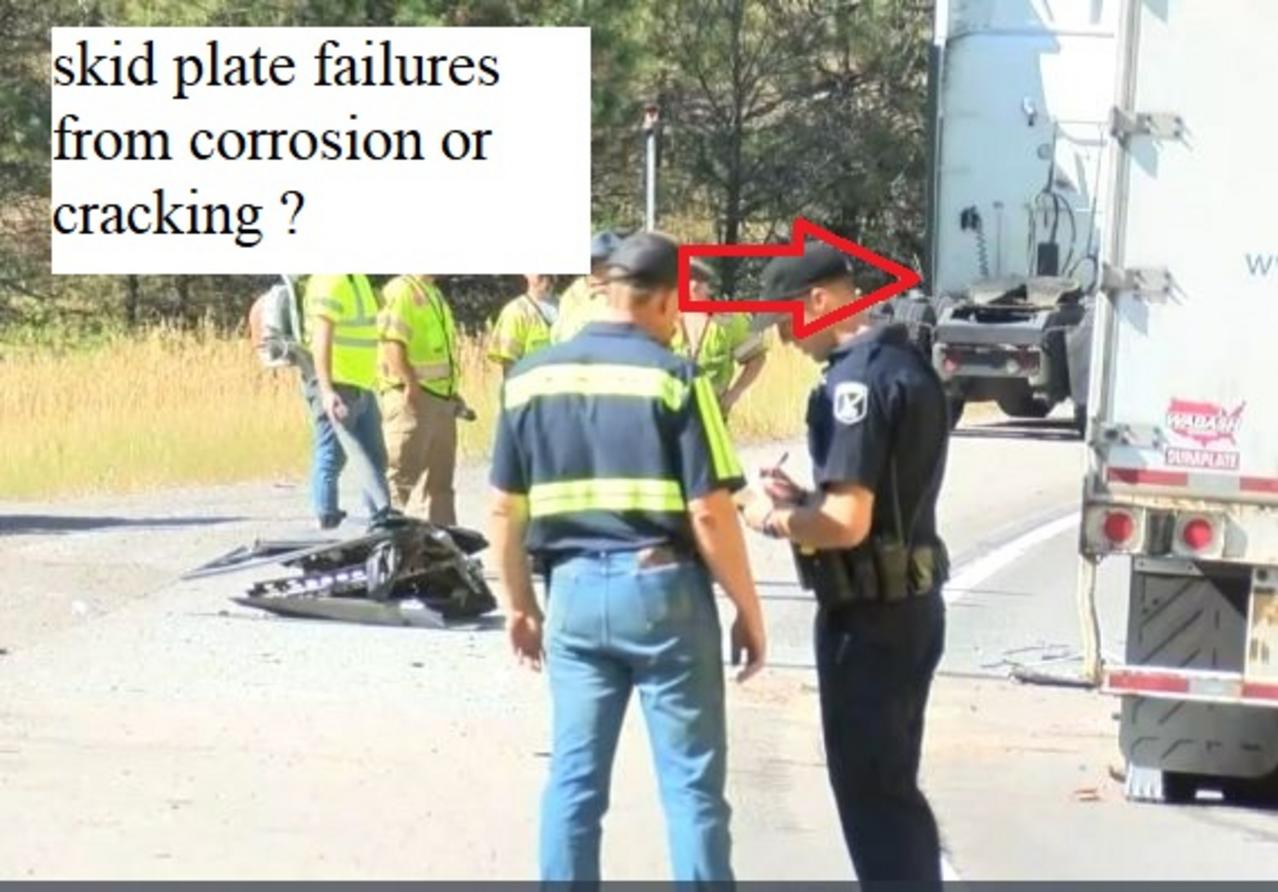 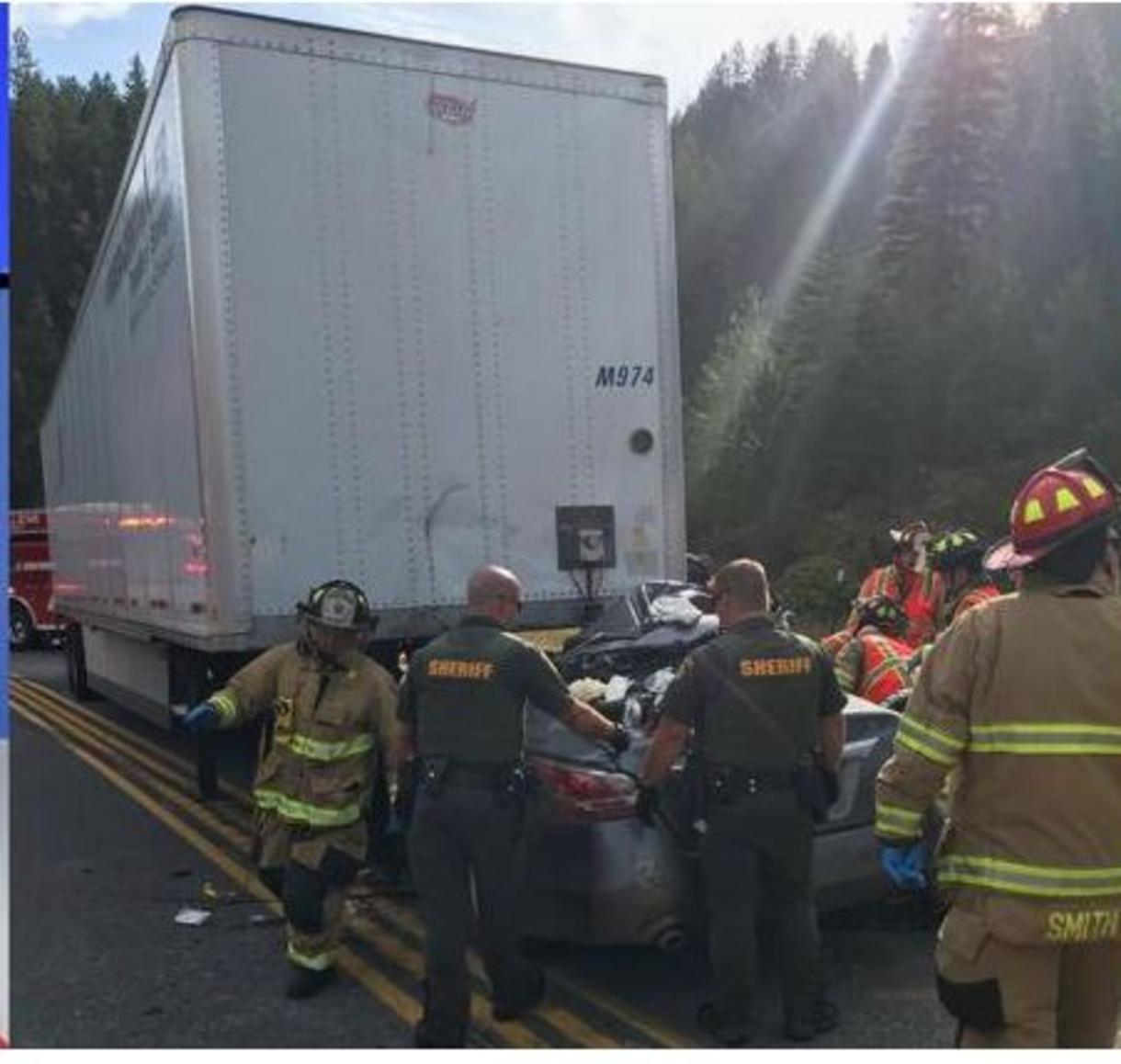 "The circumstances are still under investigation but it appears to have been caused by a major equipment failure on the part of the semi truck," ISP said in a tweet.

ISP tells our partners at the Spokesman-Review that firefighters had to lift up the front of the trailer to get the driver and passenger out of the sedan. They were taken to the hospital with serious injuries.

The truck was traveling southbound on US-95 about three miles south of Coeur d'Alene, when the trailer became unhitched and drifted into the northbound lane before crashing into the car.

A spokesperson told the S-R's Will Campbell in his 29 years working he couldn't recall ever seeing a trailer become unhitched from a semi-truck.

The crash is under investigation. KHQ has a reporter en route to the scene looking to get more information.

Recalls Exposing The Truth Why No Action? Click Here

Click Here To Get A Company Snapshot Of Their Safety Ratings

If this was a defective baby car seat would they wait two weeks? 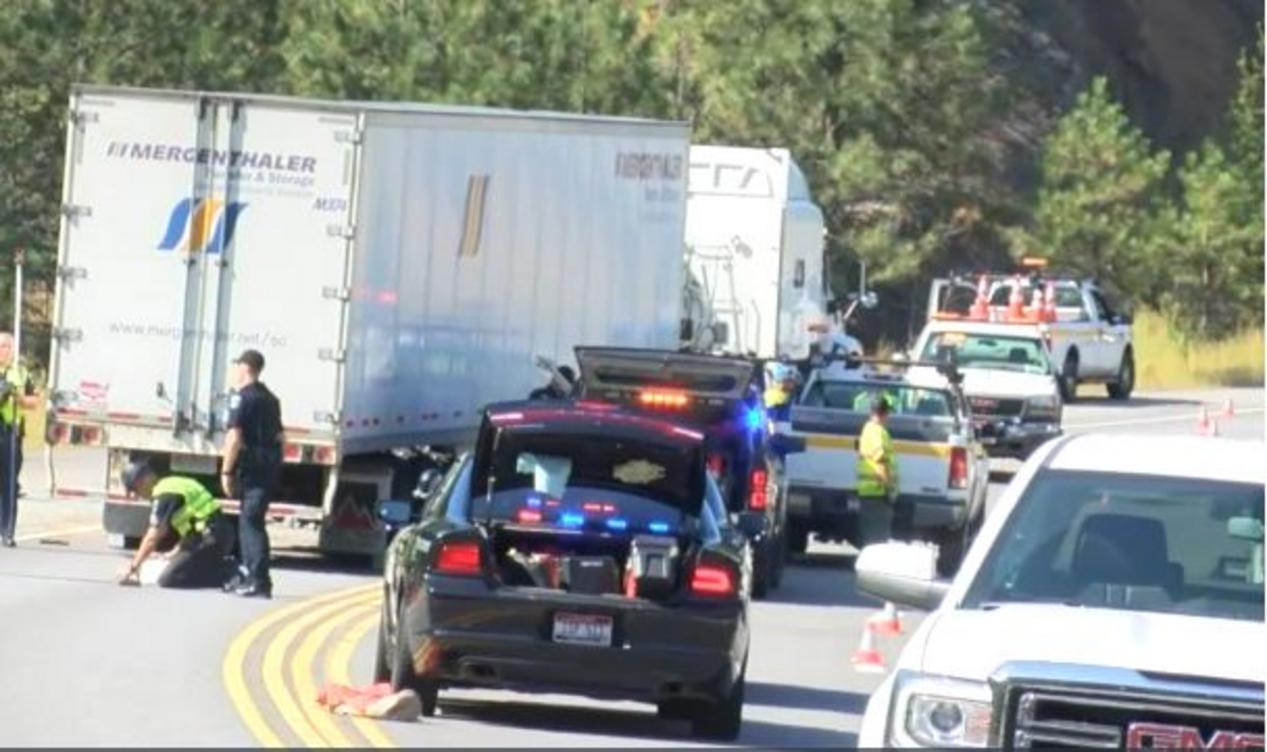