Another Trailer Comes Loose In Kentucky And
Once Again Kentucky Refuses To Answer Our Questions
Why Did The Trailer Come Loose? Click Here

Questions that we demand an official response.
Question (1)  Why did the trailer come off the hitch? Or The Kingpin?
Question (2) Was the air hose breaks connected to the trailer?
Question (3) Hitch Pin Used? Or King Pin?  Was It defective?
Question (4) Who inspected the Flatbed trailer  to ensure it was safe?
Question (5) What Type Of Hitch And Or King Pin System used? Who Produced It?
Question (6) Do We Have A Defective Product?
Question (7) Last Time Trailer Was Inspected By A Federal Inspection Station?
Question (8) Why do you make our research so difficult to save others?

The wreck happened between Kearney Road and Berea Road around noon Monday.

The vehicles involved include a tractor-trailer and two passenger vehicles. The truck's trailer became separated from the truck at some point, but police are not sure if it happened before or as a result of the collision.

One person died in each passenger vehicle involved in the wreck.

According to officials with the Fayette County Coroner’s Office, around noon on Monday, 46-year-old Terry Burden was killed due to blunt force trauma from a loose flat bed in the 3600 block of Georgetown Road.

Officials said a trailer came loose from a semi and crashed into two separate cars, killing Burden and another man, 87-year-old Raymond Gay.

The Lexington Police Department is investigating the accident.

RCS Superintendent Sanford Holbrook said the Robertson County community was shocked to hear of the news.

“Terry was a 1989 graduate from Deming High School and an active member of our school community,” he said. “His son, Mason, was a part of our ball team, and even though Mason has graduated, Terry continued to support our school.”

Holbrook said many of the students would spend time at Burden’s home on the weekends.

“It was the place to be for many of the kids,” he said. “Terry, and his wife, Tina, would have the kids over, cook out, play games and just give them a place to go. For the kids who didn’t have a father in their life, he would treat them like his own. Terry was a part of our family.”

According to Holbrook, due to the number of people expected to attend Burden’s funeral, the service will be held at RCS on Friday at 1 p.m. The school will close early on Thursday and remain closed through Friday.

“We thought it would be a nice thing to do for them,” he said. “Our sincerest sympathies go out to the Burden family.” 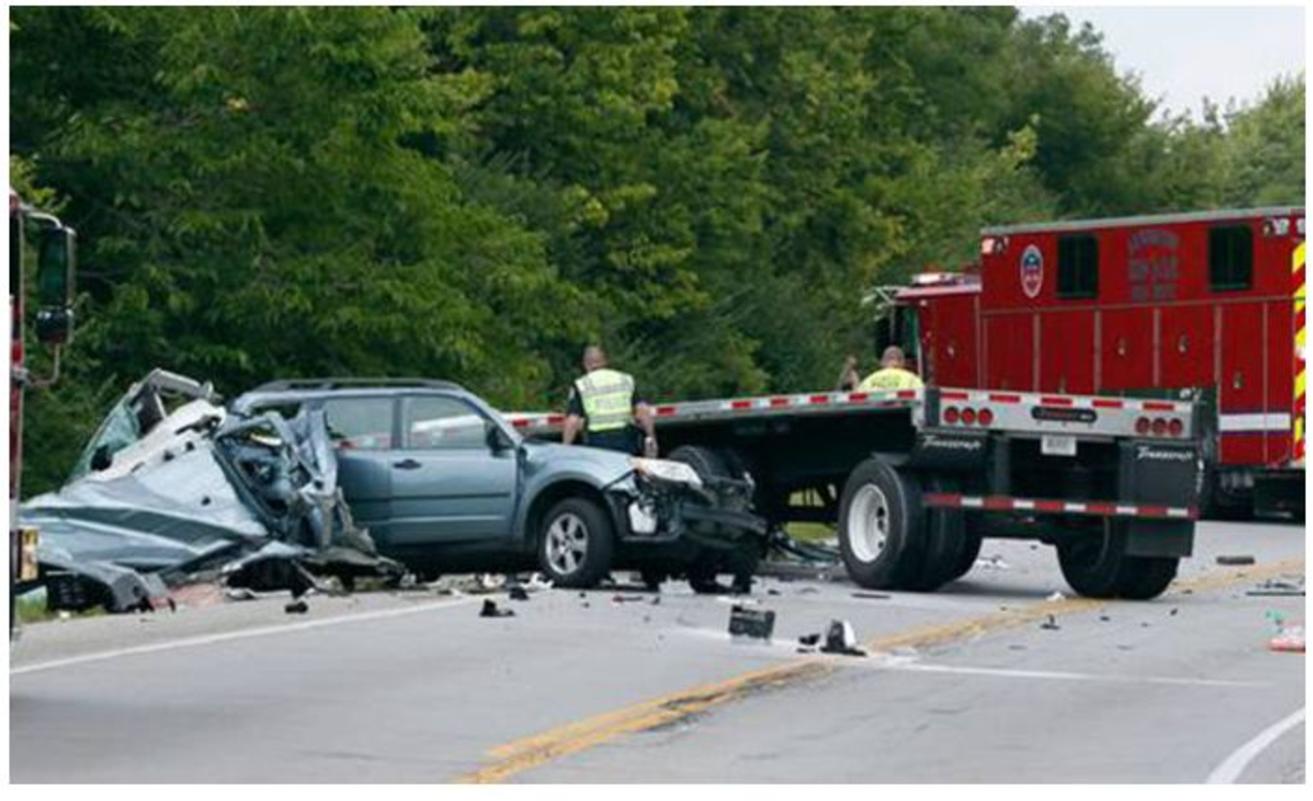 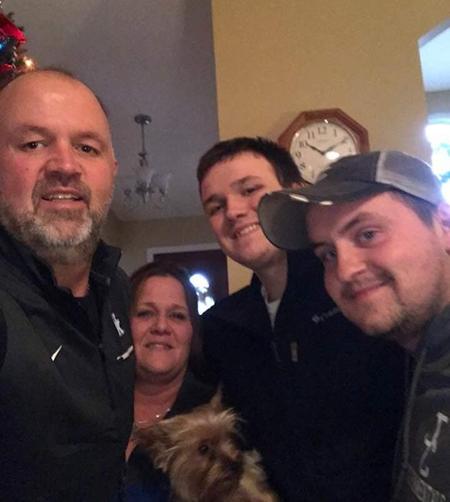 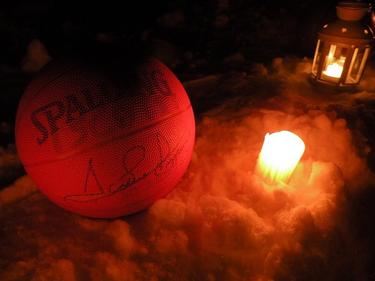 The truck driver was not injured.By
Wimberly Patton
-
August 14, 2018

A flat bed trailer detached from its moving tractor on Monday, crashing into two cars and killing two people.

The accident happened at around noon on Monday, August 14th in Lexington, Kentucky.

According to Lexington Herald-Leader, the semi truck was traveling on Georgetown Road between Kearny Road and Iron Works Pike when the flatbed trailer came loose from the rig, sending it crashing into two cars, killing the motorists inside each of the vehicles.

The unnamed truck driver was not hurt in the crash and is cooperating with police investigations.

Georgetown Road was shut down for several hours between Kearney Road and Iron Works Pike as officials investigated the incident.

Georgetown Road was shut down for hours following an accident in the 3600 block, between Kearney Road and Berea Road. The crash happened around noon.

Officials say the trailer on a semi came loose and crashed into two cars killing two drivers in the smaller vehicles. Lexington Police are interviewing the semi driver trying to figure out what happened.

Ball Homes has released a statement about Burden.

Terry Burden always listened, encouraged and helped. His positivity was contagious. His smile rarely left his face, and always lit up the room. The spirit of Ball Homes and our work environment is one of family. As with all families, there are those members that become leaders, not because of their positions, but because they, with their kindness, give us all strength and guidance. Terry was that person. Terry will be forever missed by his Ball Homes' family. Our hearts, thoughts and prayers are with his wife, his children, his extended family and his many friends. 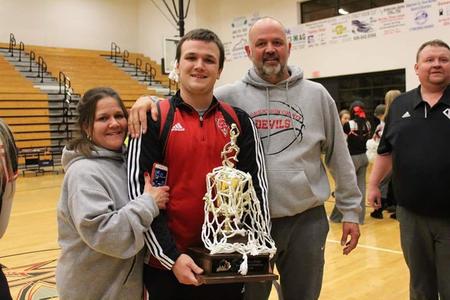 Do you not see a pattern!  Why are so many people not answering our questions?

What Is He Going To Do?  Not Give Us The Reason's Why The Trailer Came Loose? 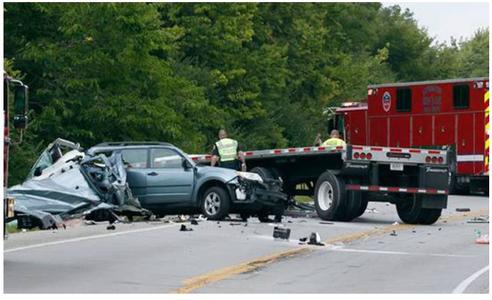 Another Loose Trailer Comes Loose In Greenville, Kentucky Yet
Nobody Wants To Answer Our Questions
Why Did The Trailer Come Loose?  Click Here 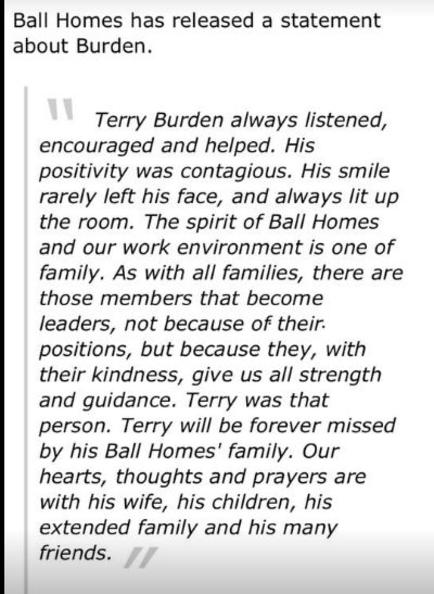 LEXINGTON, Ky. (WTVQ)- We now know the names of the two people killed in the three-vehicle crash involving a semi-truck.

Lexington Police say the accident happened on Georgetown Road around 12 p.m. and involved a semi-truck with a trailer, a passenger car and a truck.

Police say the driver of the semi-truck stayed at the scene and is cooperating with investigators.

We Have Been Warning Why Are King Pins Failing?  Over 6,000 Defective
Towing Systems Have Not Been Recalled!  Click Here 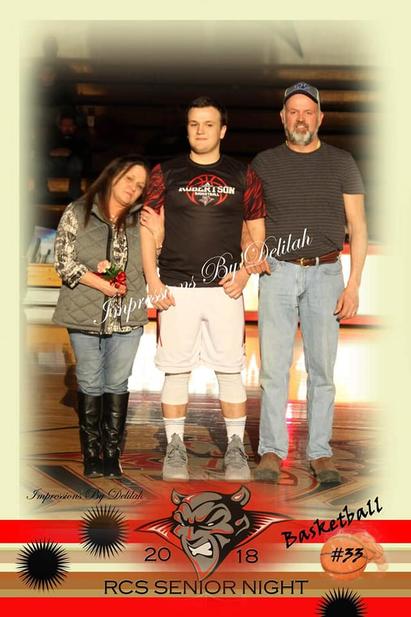 Why Is Baby Colt's Life And Scotty Worth Nothing To Any Public
Safety Official In Kentucky?  We Still Do Not Have The Police Report As To
Why The Trailer Came Off Click Here 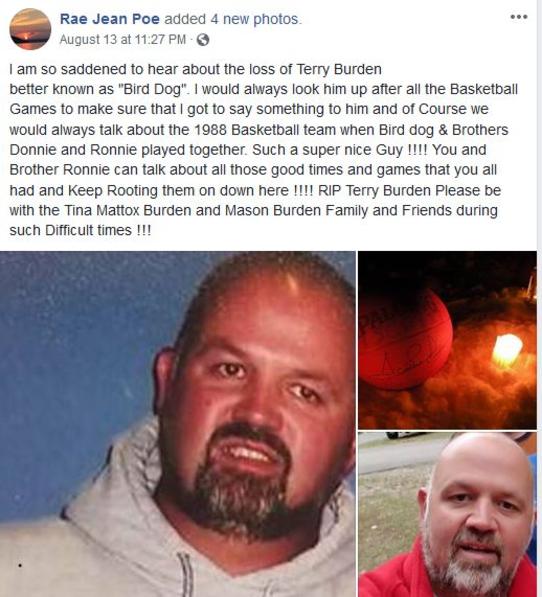 An 87-year-old man and 46-year-old man died Monday when a trailer of a commercial vehicle detached and crashed into the vehicles they were driving on Georgetown Road.

Raymond Gay, 87, and Terry Burden, 46, died as a result of the crash that shut down Georgetown Road for most of Monday afternoon, according to the Fayette County coroner.

The incident happened around noon between Kearney Road and Berea Road, where a flat-bed trailer of the commercial vehicle detached and crashed into two cars traveling inbound on Georgetown Road, police said. As of Tuesday afternoon, police were still unsure if the trailer detached before or as a result of the collision. 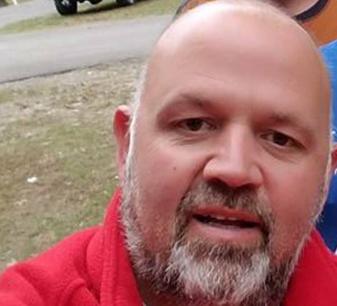 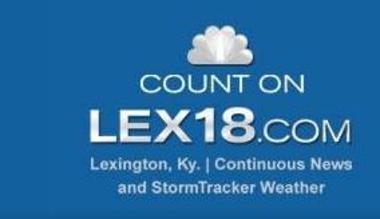