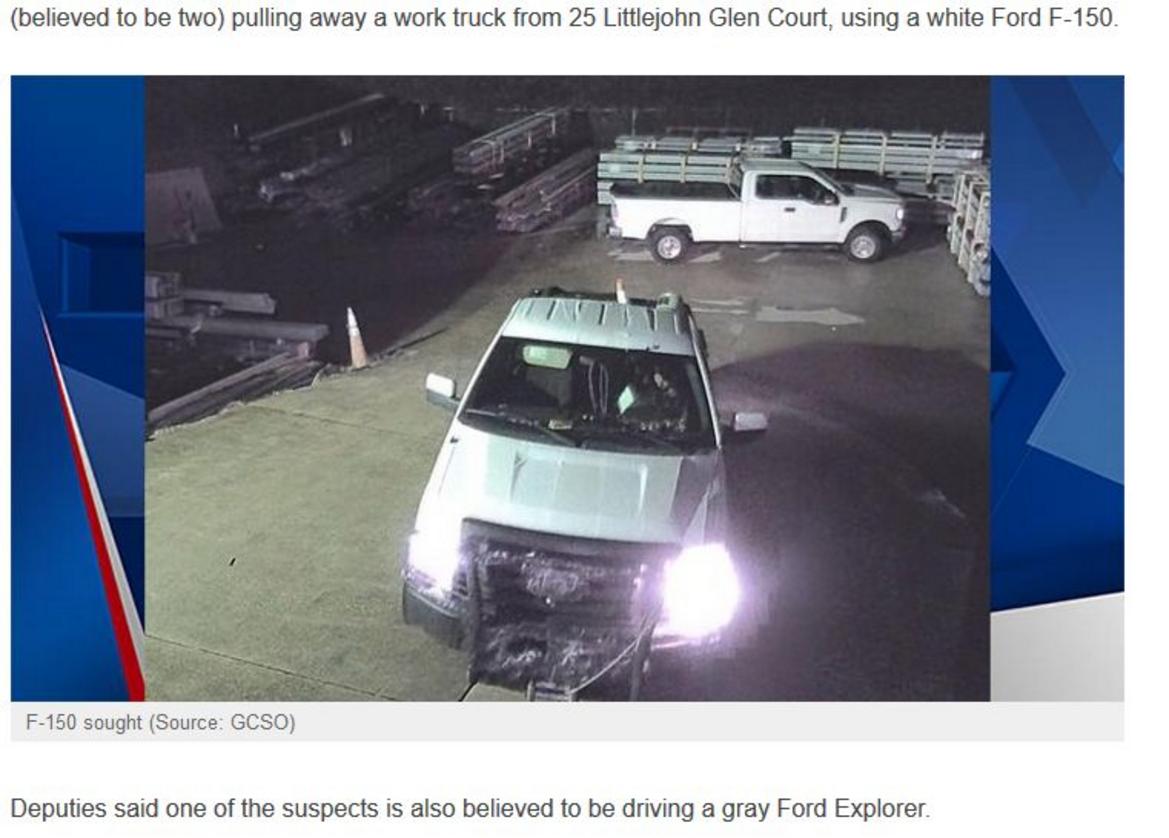 Note:  We expose the utter failure of the media to tell the real truth as to why "Trailers are the most often thing stolen on wheels in South Carolina and the least often found"

Deputies said two suspects used bolt cutters to get into a fenced area, then stole multiple items from a work truck before using a winch connected to white F-150 to pull the work truck from the fenced area. This allowed the suspects to access the trailer, which deputies said the duo eventually stole.

Investigators are seeking information regarding the provided photos and video that shows suspects (believed to be two) pulling away a work truck from 25 Littlejohn Glen Court, using a white Ford F-150. 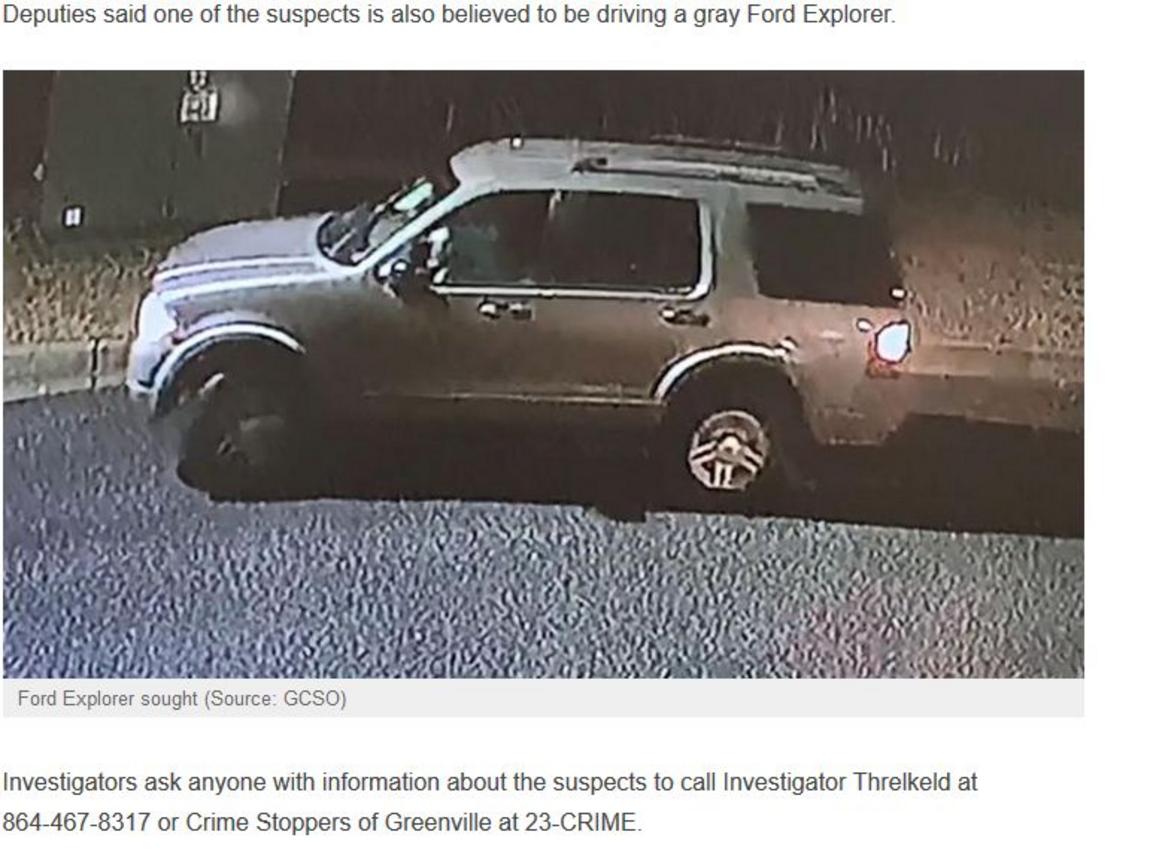