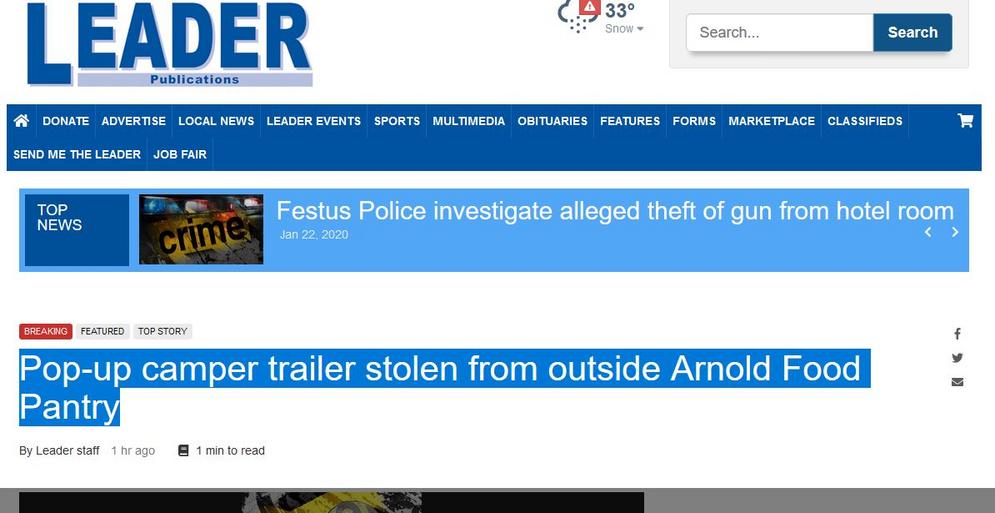 It will never be found it is gone and resold:

By Leader staff
1 hr ago1 min to read

A 54-year-old Arnold man had an unfortunate start to the new year. His 1999 Palomino pop-up camper trailer was stolen between about 7 p.m. Dec. 31 and 12:40 p.m. Jan. 1 from outside the Arnold Food Pantry, 2024 Key West Drive, Arnold Police reported.

The man said he had permission to park the camper at the Food Pantry. The camper was valued at $1,500, the report said.

As of Jan. 10, the camper had not been recovered and there were no suspects, Lt. Clinton Wooldridge said. He asks anyone with information about the incident to call Arnold Police at 636-296-3204.