I often write about the adventures of being a mom to three hoodlums growing up in Small Town, Texas. Then a reader recently suggested I write about the adventures of being a wife to my husband. First of all, thank you for reading my articles! Secondly, a request? Well, I can’t hardly turn that down. It seems there are people out there that have heard the rumors, and want to hear how we survive our own dysfunction.

And there is so much dysfunction. While all husbands have their little quirks, I’m thinking I received this request because of this specific husband. This specific husband is kind, exhausting, hilarious, slightly (OK, dramatically) hard-of-hearing, unreasonable, talkative, ridiculous, techy, loving, thirsty, positive, detail-oriented, unfocused (unless intensely focused), Aggie-obsessed, frustrating, and quite possibly the most down-to-earth and honest person I have ever known. One of his best friends toasted him in the last year, coining his friendship as “The Todd Experience,” and that’s exactly what the last 20 years of marriage have been — an experience.

We started this adventure young, marrying at ages 20 and 21, and during that time I have witnessed many events, mishaps and predicaments. One of the most notable of these situations was during our move home to Decatur. It is what we have termed, “The Trailer Story.”

It was time to move back to our hometown. In an effort to save money on movers, my frugal husband borrowed his granddad’s stock trailer to move our furniture. It took a few trips back and forth to get all our precious belongings here, and on one of those return trips, it happened. Todd turned off the access road and onto the highway. He accelerated. He turned up his Texas Country. He took a sip of his fountain Diet Coke. He nodded at McDonald’s, and glanced at Wal-Mart. It was at that moment he also watched the tongue of the trailer lift up, slowly turn to the right and move away from his truck.

The trailer and the truck had separated at 60 mph on a major highway.

Todd watched as the trailer made its way down the steep embankment. He winced as it bounced across the access road near Whataburger, hoping it would topple, turn over, and stop. It didn’t. The loose trailer headed directly toward the gas pumps, the people getting gas at those gas pumps, and the Wal-Mart parking lot full of parked cars. And it wasn’t slowing down.

Decision time. What would you have done? Watched the scene unfold? Stopped the car and yelled at passersby to help? Fainted in horror?

Todd did none of those things. He decided to stop the trailer. He turned off the highway, followed the same path as the trailer, and gathered momentum with each passing second. He focused. He accelerated. He caught up to the trailer. He passed the trailer. He moved in front of the trailer. He had the trailer back in his rearview mirror, and he hit the brakes. In that split second, his granddad’s green stock trailer slammed into his dad’s white, extended-cab diesel truck. I forgot to mention, Todd also borrowed his dad’s truck for the move, noting that while the Toyota Yaris he drove at the time was great for saving on gas mileage, it was not great for such a manly endeavor as pulling a trailer. (More Yaris stories to be told in a later column.)

Imagine the scene. Tuesday, 5 p.m. Tire tracks on the green grass of the highway embankment. Skid marks on the pavement. A white truck awkwardly stopped with a crumpled green stock trailer too close to the bumper. People slowly walked over from the gas pumps to check on my beloved, stunned at the incident they witnessed. No one was hurt. No property was damaged (other than our own). No gas pumps were in flames. These were all the things Todd was thanking God for when an elderly gentleman sauntered up to the truck and said, “Son, that was some goooood drivin’. Now go on and get yourself outta here.”

Todd hooked up the trailer (with the chains this time), turned down the radio, took another sip of his Diet Coke, and very, very slowly, drove home.

He often tells this story, and while most of the time it takes the better part of an evening for him to tell it, the unraveling of each detail leaves every listener stunned at his good fortune. I chose it for this column because it shows just how interesting this man of mine really is. While I think most of us would have frozen in the moment, Todd reacted. He made a decision. He solved a problem. Heck, he even made a friend out of it. That’s how he lives his life every day.

He solves problems, not always quickly but invariably completely, and he makes connections. It’s one of my favorite things about him, and one of things that makes the “Todd Experience” that much more of an adventure every single stinkin’ day.

Another Death In Texas No Safety Chains

5 States do not have a "Safety Chain Law"

Almost every state does not have a PRIMARY offense if a police officer see's a trailer being towed with missing safety chains.

What is more important to "Other Lives"

You not wearing a seat belt or your loose trailer without safety chains coming loose and killing others? Including children wearing seat belts?

Todd hooked up the trailer (with the chains this time), turned down the radio, took another sip of his Diet Coke, and very, very slowly, drove home.

We note this event was never recorded by police...never included in our data base and we state over 80% of loose trailers event's are never recorded unless it is a fatal accident and the media covers it and uses the key words that we use.

Over 80% of people who tow admit they have no "Clue" on how to tow!

Todd did not use safety chains and or the breakaway cable it the trailer was a double axle. 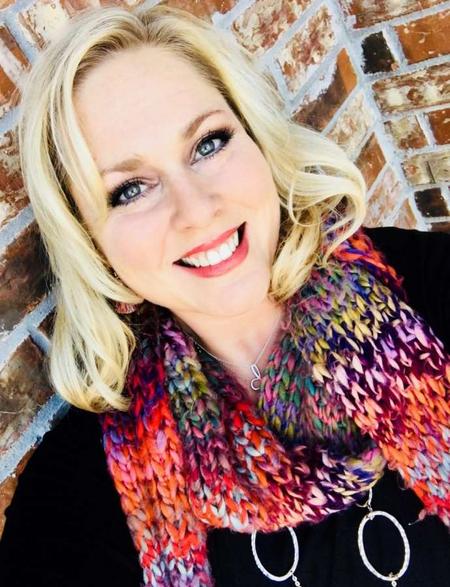 Our Letter To The Editor:

We put this here because we keep writing letters but the industry of Utility Trailers and pressure from insurance companies and political leaders make these news outlets not publish it.

Recently your paper published a true account of a trailer that came separated from the towing vehicle at 60 MPH on a major highway.  The story tells in "Chilling Factual Accounts" the total potential devastation from the separation to how the owners watched in horror as it made its way down the steep embankment, bounced across the access directly toward gas pumps.

Then in true heroic fashion Todd the writers husband decided to act, he followed the  trailer caught up to the trailer passed it got in front of the trailer and slammed the brakes and the trailer was stooped by his fathers white extended cab diesel truck.  We as a safety organization commend his quick response and note that further investigation as to "Why The Trailer Came Loose" in the first place was initiated.

Upon further reading Mrs. Danielle Scroggins admits that her husband Todd did not use safety chains as we take note of her admission " Todd hooked up the trailer (with the chains this time), turned down the radio, took another sip of his Diet Coke,and very, very slowly, drove home.

In closing the writer also admits that they are Aggie fans or allumni and while the writer conveys her "The Trailer Story" we present since 1975 over 28,000 Dead Men, Women And Children and well over 5,000 horses killed by our documentation of "Trailer Stories That Kills Others" including  Brittany Lipsey.

Over 700 more Trailer Stories deaths will occur in 2019 and over 30,000 injuries will simply happen.  We seek to minimize victims families "Trailer Stories" because not a single government agency or insurance company wants to.