PORTLAND, Ore. (KOIN) -- A 6-year-old girl was flown to the hospital after falling from a parade float in Newberg on Saturday morning.

The girl was riding a float in the Old Fashioned Festival Parade on 2nd Street when she fell around 11 a.m.

Newberg-Dundee police said the accident happened less than a block away from a fire station, so help was there right away.

She was taken by LifeFlight to a Portland hospital in unknown condition.

"Our thoughts and prayers are with the family and friends of the little girl," the police statement said.

A 6-year-old girl was airlifted to a Portland hospital after falling off and getting run over by a float she had been riding on in a Newberg parade, police say.

The accident happened around 11 a.m. Saturday morning during the Old Fashioned Festival Parade on 2nd Street, less than a block from a fire station.

She was immediately rushed to medics on scene at the fire station before being transported to the hospital.

Despite being seriously hurt, officials say it looks like she will recover.

The Life Flight helicopter was called because it appeared she may have had severe internal injuries after rolling under the wheel of the float.

"She was just a young child. She was on the float as part of the parade and just accidentally fell off and ended up underneath the tires of the float which is so unfortunate," said Kim Haughn with Tualatin Valley Fire & Rescue. "That had to have been so scary not only to see but also really scary for her as well."

The festival's website says that no one under 12 can walk in the parade, but children under that age are allowed to ride on floats.

The parade has banned anything that might lure children off the floats or out into the street, including throwing candy.

Saturday's accident follows a very similar incident in July of last summer in Baker City. A seven-year-old boy fell off a float in the Miner's Jubilee Parade, was struck by the rear wheels of a commercial vehicle and died. 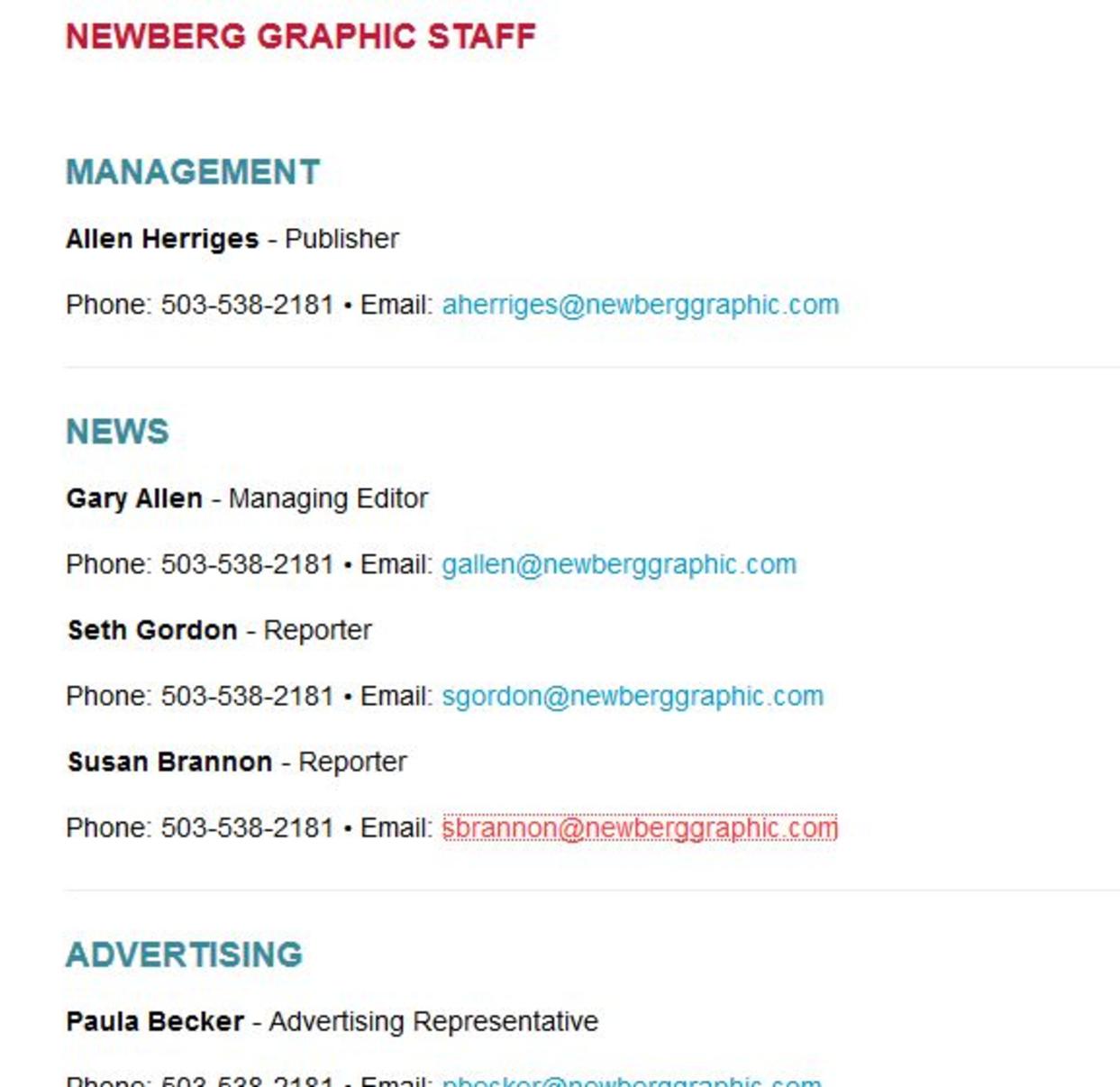 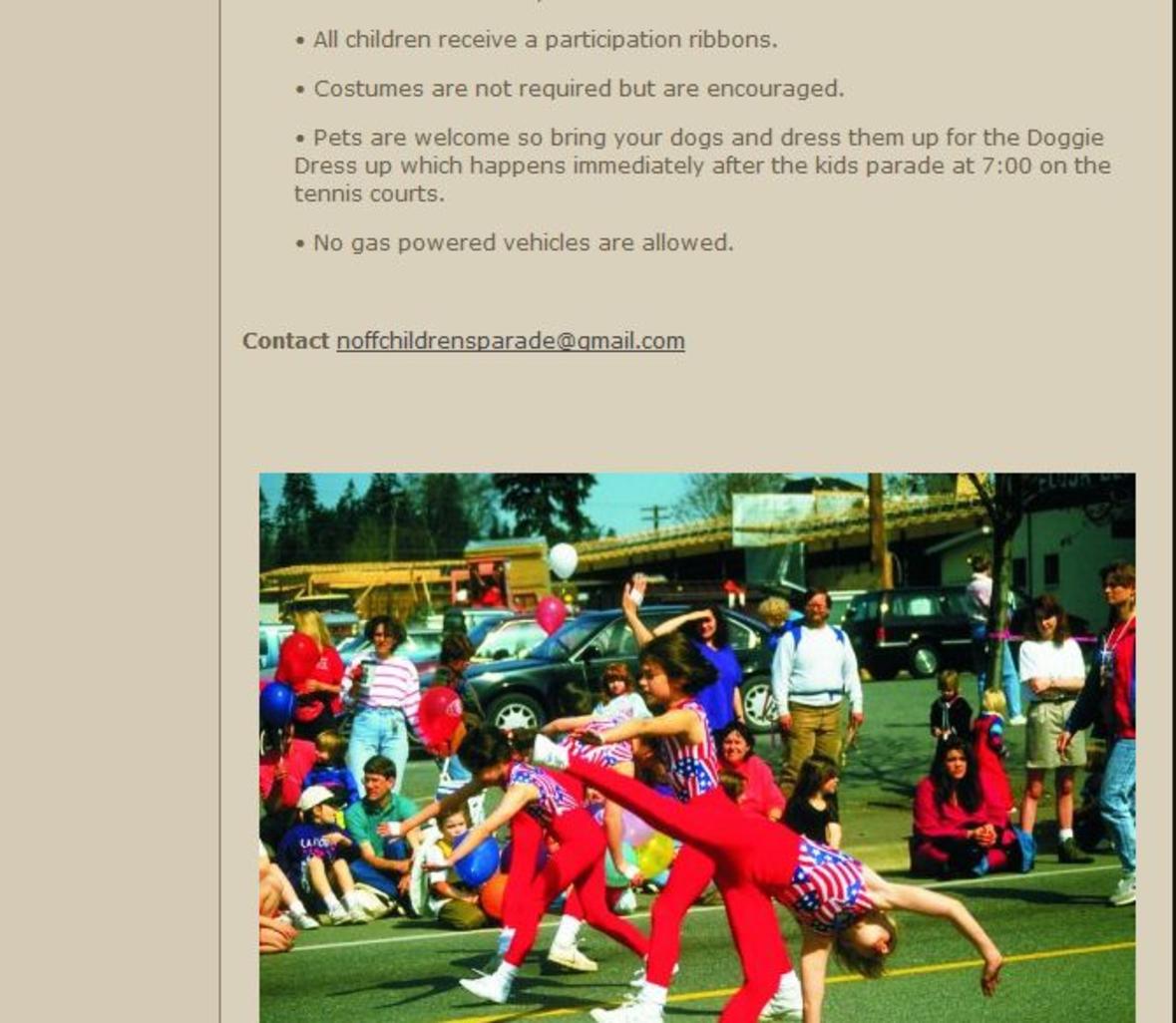 Click Here To See Our Sister Web Site
Parade Safety.Org And Know Every One Of
The Sponsors Needs To Be Named In The Lawsuit In Order To Enact
Safety Standards Because They Did Not Listen 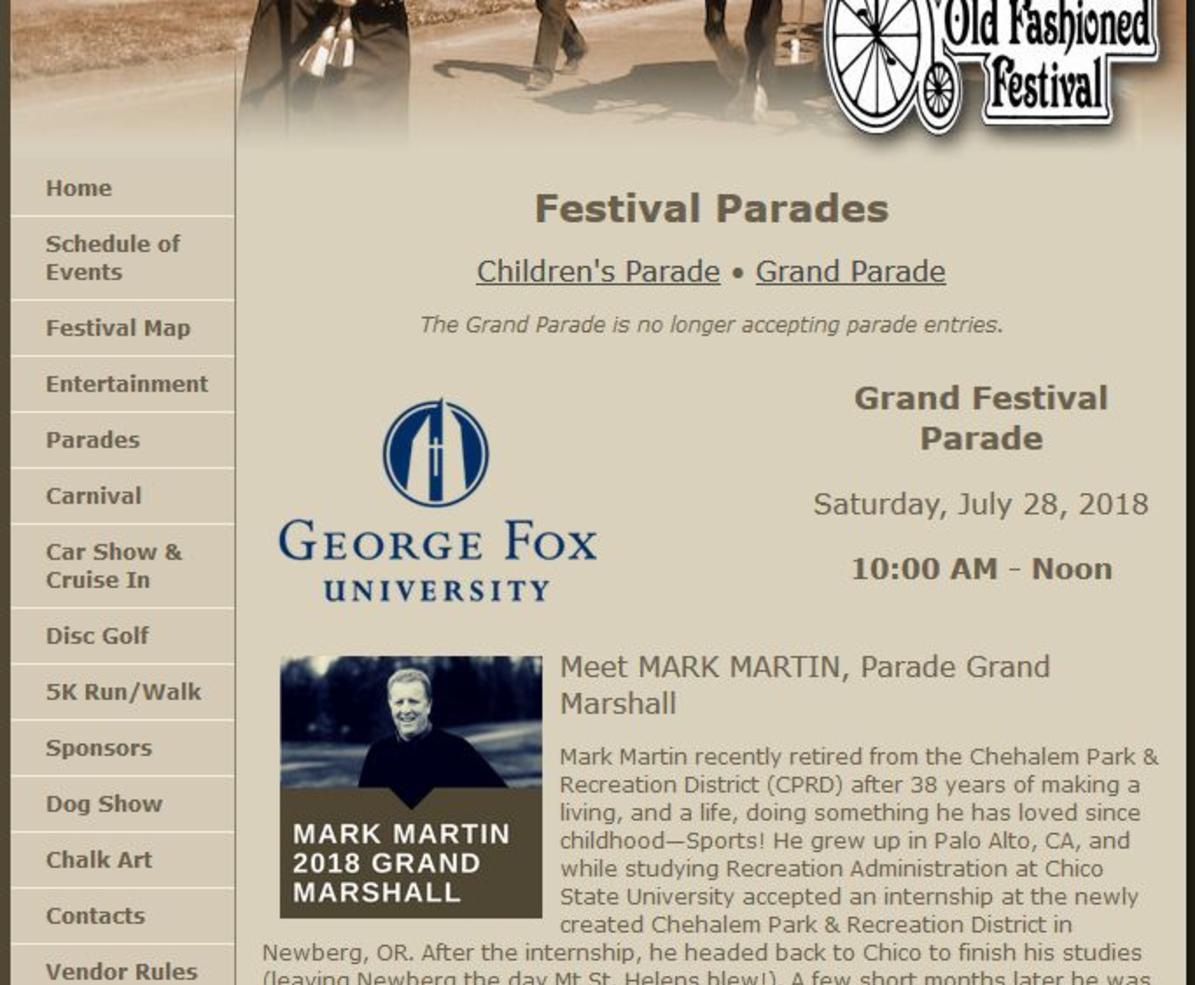 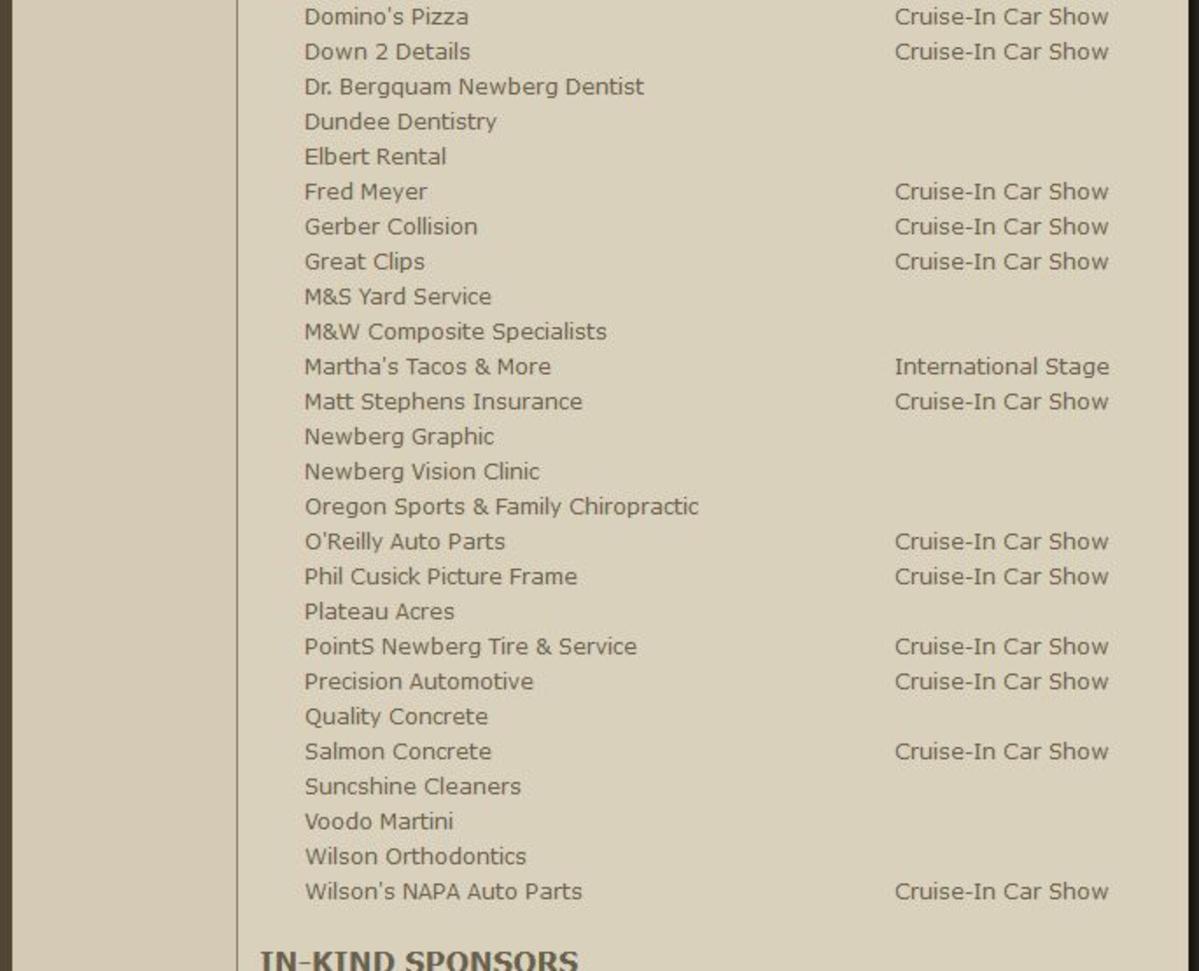 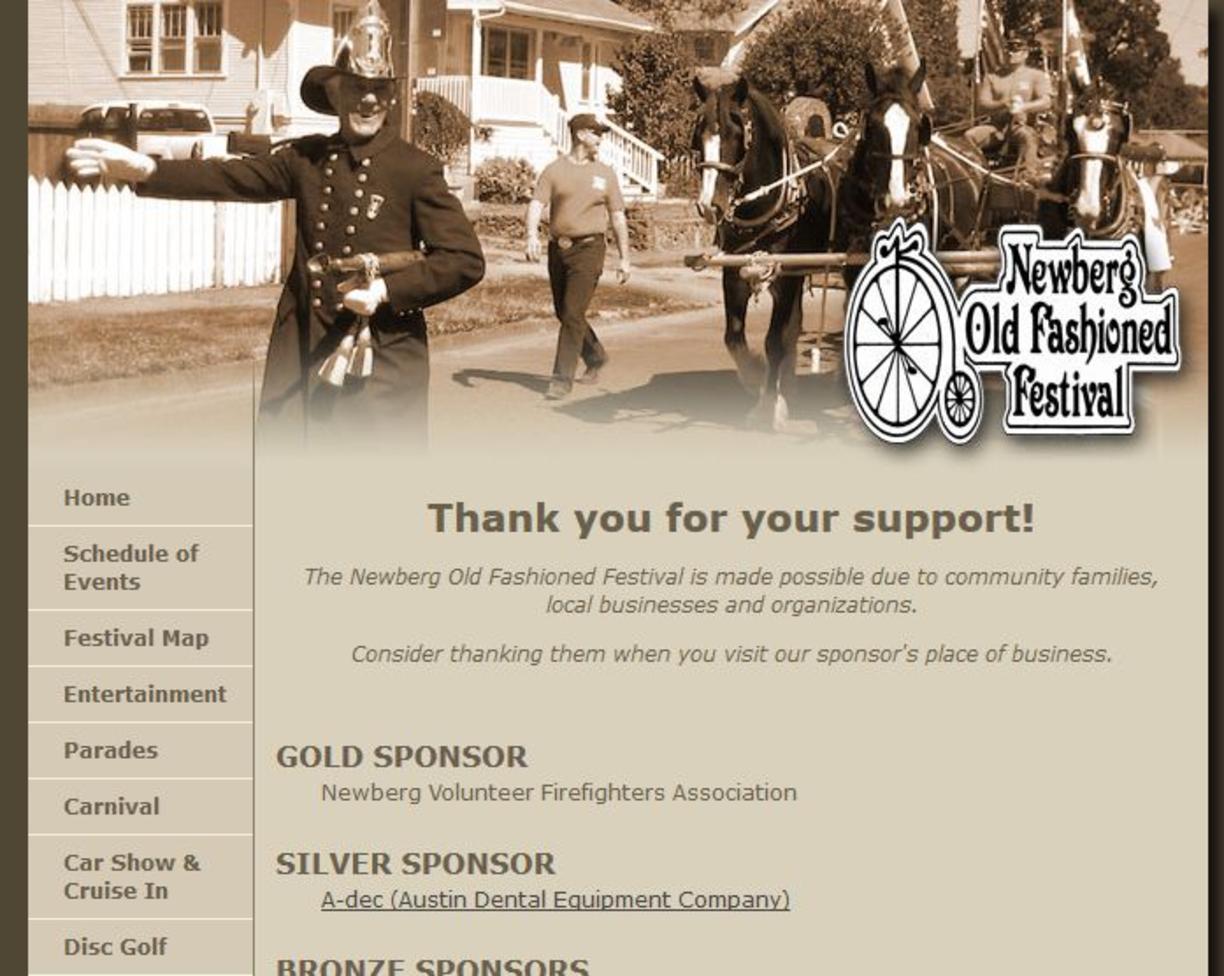 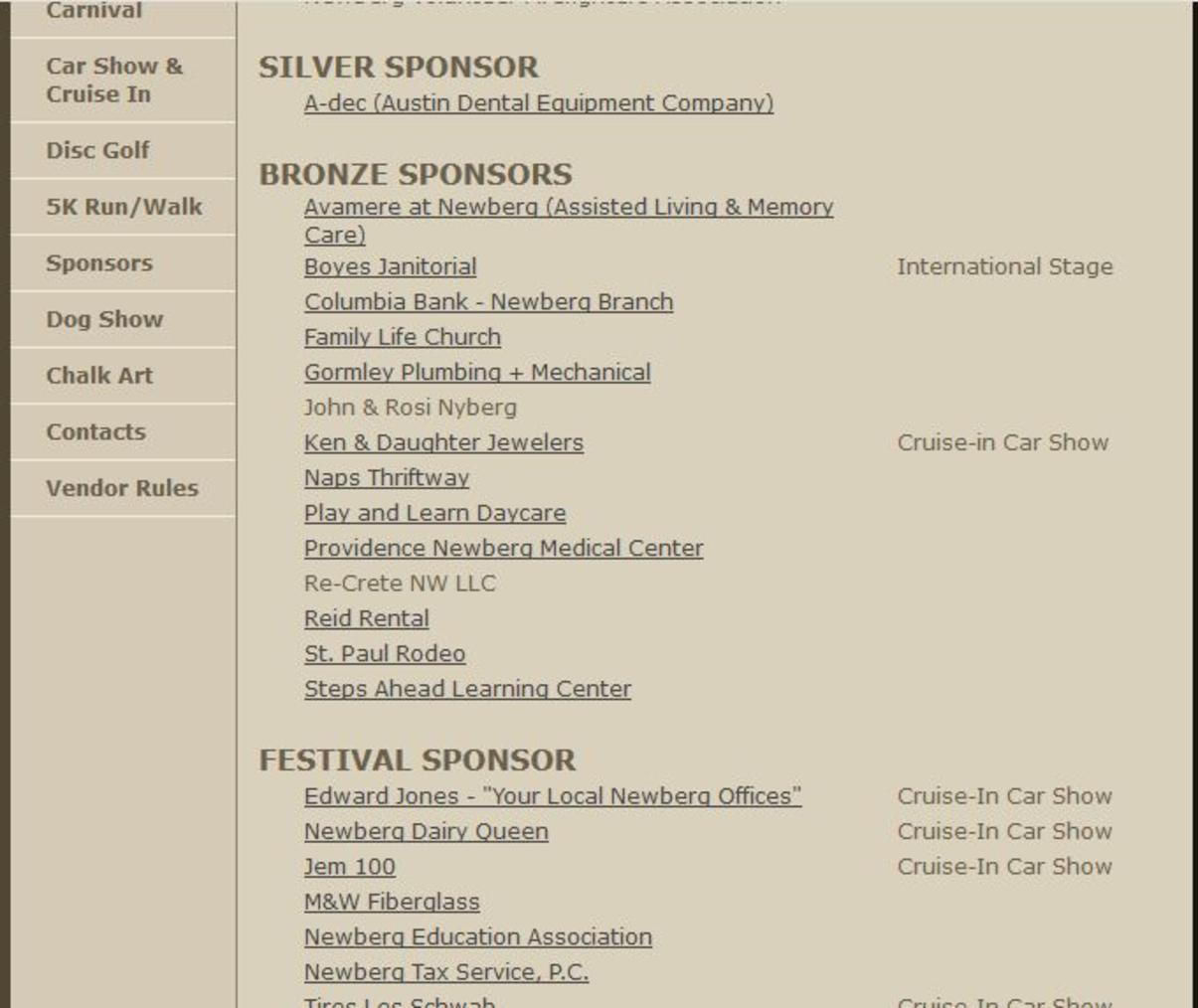 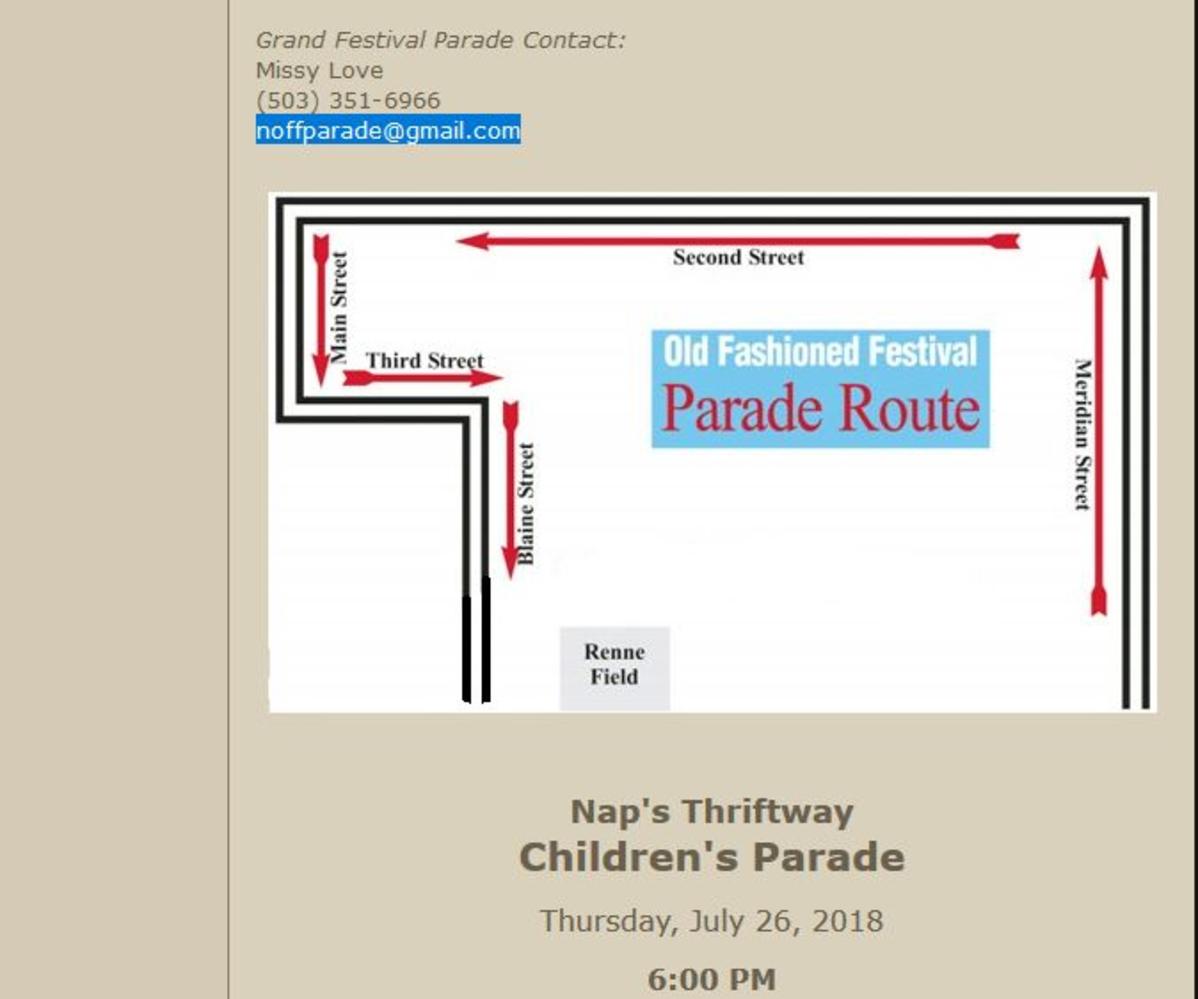 Let us make this very clear The City Of Newberg Oregon allowed a parade to be conducted on their City Streets with nobody in charge of any public safety regarding parade safety.  Why are people on a trailer moving....a trailer was never designed to carry people...then on top of it have no safety rails installed at all to prevent anybody from falling off.

"You can have your deck on your home approved by the City or County you live in if your deck does not have safety rails installed in your own back yard right?"

According to a release from the Newberg-Dundee Police Department, medics were dispatched to Second Street just after 11 a.m. on reports that a 6-year-old girl was seriously injured after falling off a float during the annual festival's signature event.

An official from the festival committee reported that the girl was run over after falling off the Rock Point Church float, but that information wasn't corroboated by police Saturday afternoon.

The accident occurred less than a block from Station 20, Tualatin Valley Fire & Rescue's primary facility in downtown Newberg. A helicopter was dispatched from Life Flight headquarters near Aurora and landed at Renne Feld to pick up the girl, who was then transported to a Portland hospital for treatment.

Neither the NDPD or TVF&R identified the girl. Lesley Carsley, co-chairperson of the festival committee, said the girl was taken to Legeacy Good Samaritan Medical Center in Portland and her condition was alert and she was talking to family and medical personnel Saturday afternoon.

Parade watchers first became aware something was amiss when there was a delay in the progress of the event, then took note when the Life Flight helicopter began circling near the parade route. The parade was delayed for about 10 minutes before continuing.

"Our thoughts and prayers are with the family and friends of the little girl," NDPD Sgt. Eric Ronning said in the release. "There is no further information at this time." 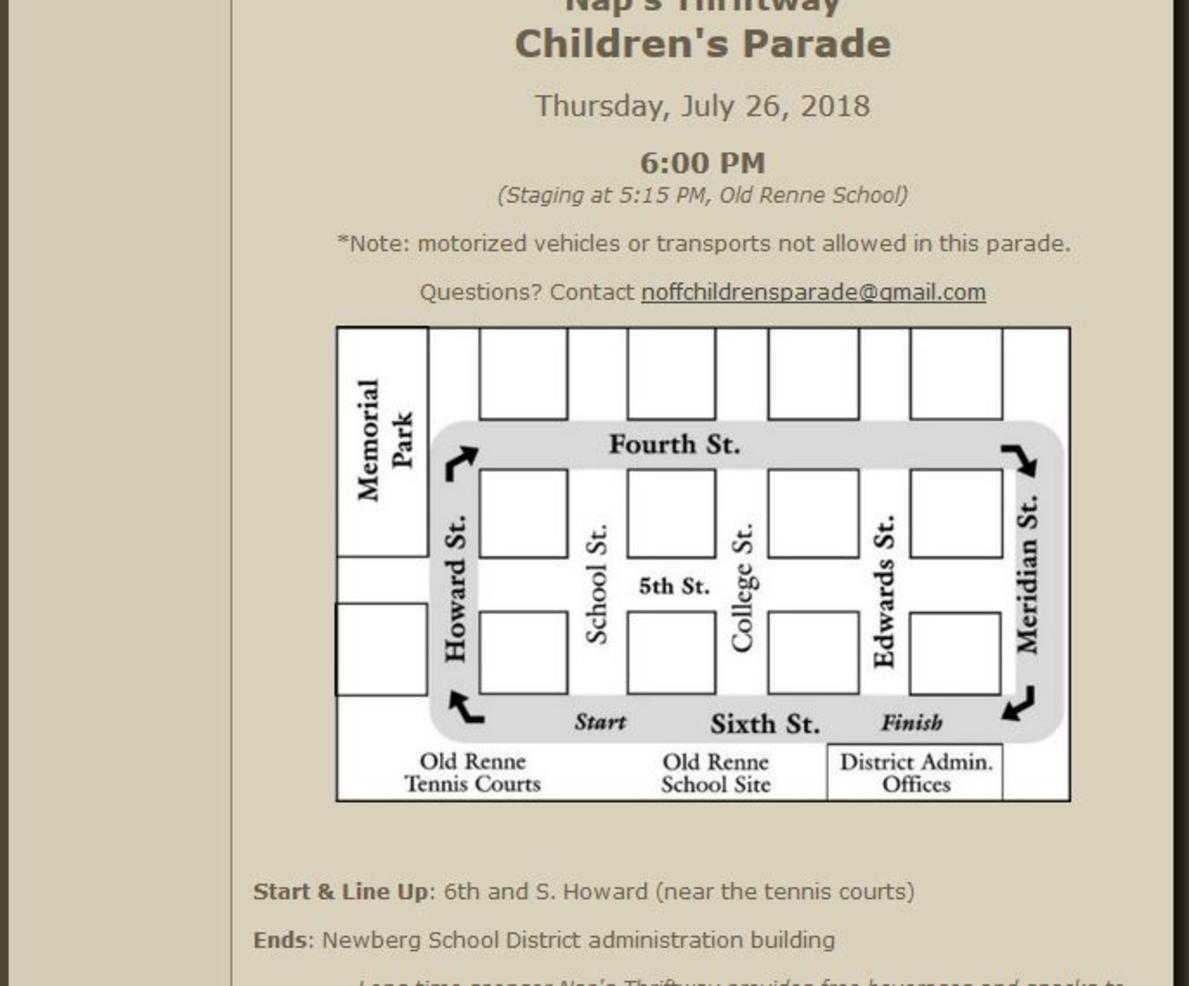