LOUISVILLE, Ky. (WDRB) -- Louisville police are searching for a trailer that was stolen -- two days after it was returned from a previous theft.

The LMPD posted a picture of the stolen trailer on its Facebook page Tuesday afternoon. According to the post, it was taken from Elliott Avenue sometime last week.

According to police, that same trailer was stolen more than a year ago before it was returned to its owners on March 18.

If you spot the trailer, or think you may know where it is, you're asked to call the LMPD crime tipline at 502-574-LMPD.

When Will They Listen To Us?  Why So Many Trailers Are Being Stolen Click Here

We reserve the right to call them pure idiots.....they refuse to fix the stolen trailer problem. 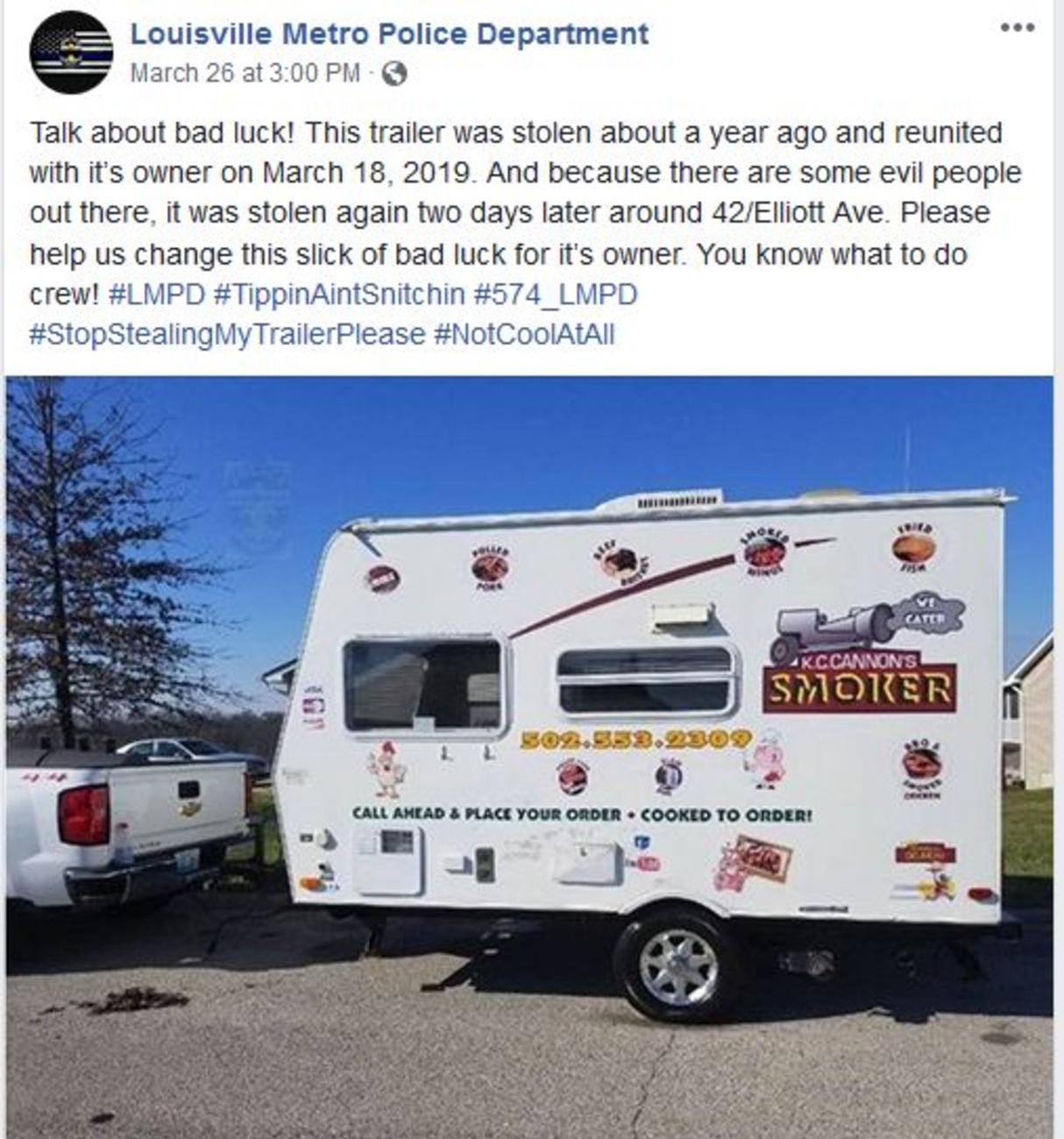 Memo They Will Never Find It