Every Thanksgiving Day our family has always had a long-standing family tradition of watching the Macy’ Thanksgiving Day Parade while the meal is being prepared. It’s been a staple for our family going way back to the day when there was much anticipation and buildup for the final float to arrive where Santa comes riding into town to kick off the Christmas season.

This parade had had a long history of mishaps and accidents, and this year weather was expected to play a major part in the parade because city regulations restrict the iconic parade balloons when wind gusts exceed 34 mph. While wind gusts were initially expected to ground the balloons, city officials later opted to have the balloons fly lower to the ground and were able to save the day.

There must be several hundred if not thousands of parades all across our country every year; all meant to be festive and full of joy but yet present several risks and can end tragically.


Photos from Wikimedia
A parade is a procession of people, usually organized along a street, often in costume, and often accompanied by marching bands, floats, politicians or sometimes large balloons. Parades are held for a wide range of reasons but are usually celebrations of some kind.

In addition to the Thanksgiving Day parades, towns and cities all across the country are holding parades for just about every holiday imaginable from Independence Day, Mardi Gras, Memorial Day, Labor Day, Easter, New Year’s Eve, Christmas, Halloween, St. Patrick’s Day, Chinese New Year, ….etc. There are countless small-town festivals and homecoming parades for local high schools, colleges, and universities. Then we have several college football bowl parades and even Disney has a parade every single day in each of their theme parks, with their very own floats and Disney characters.

The point is that with that many moving vehicles and people participating, walking and riding along in the parade procession on floats and trailers — the odds for an accident or injury are rather high. In fact, it occurs with a high degree of frequency at a point every local county or city official needs to start to take notice.

For decades stories of parade-tragedies have been appearing in local newspapers all across the country detailing accident after accident that usually involves children. It’s like a connect-the-dots puzzle that local, state and federal officials just can’t figure out when in fact it is an actual safety hazard that needs to be addressed.

I have yet to meet a local politician who prefers to stay home instead of participating in their local parade. It’s a great opportunity for them to be seen by their constituents so they are always either participating or observing parades, but yet many don’t see the obvious hazards until it’s too late.

Some of the more common parade hazards include participants falling off floats or performers being run over by a vehicle, float or trailer. Then you have incidents were children run out into streets to retrieve candy or trinkets being tossed by a passing float and are struck by a parade vehicle.

Just how frequent is this occurring? Well I was able to uncover the following four incidents and in just a 5-minute search on Google, all that had happened in just the past 60 days:

• On November 2nd in ST. Albans, W.Va. — three children were hospitalized after a mishap during a Veterans Day Parade. The incident happened where elementary to middle school age girls from a local dance school, were riding a float which was a utility trailer being towed by a pickup truck. Midway through the parade, it was struck by an ATV from behind, knocking the tailgate down onto the children. Six or seven children were injured on the float; three were seriously hurt and transported to a local hospital in Charleston.

• On October 19th in Golden CO — at least 10 people were injured Saturday morning when a float at the Colorado School of Mines homecoming parade collapsed. A pickup truck towing a trailer with a two-story float with about 30 people from a fraternity and sorority were on the float. The incident occurred when the truck was turning on to another street when the hitch hit something, causing the whole float to collapse, according to the police.

• On October 18th in Waco, TX — a fifth-grade girl who was flown to a Temple hospital after she fell off a float and was run over during the homecoming parade. The girl was riding on a float towed by a pickup when she fell off.

• On October 11th in Pikeville, KY — a 7-year-old boy was injured during the homecoming parade when he fell off the float and was run over by the wheels of the vehicle. The child, suffered a broken leg and was taken to the Kentucky Children’s Hospital at the University of Kentucky and was expected to recover.

Fatalities happen less frequently, but still at an alarming rate. A dated 2014 report in Governing.com had identified 8 parade fatalities all within 3 years. Exactly what the annual average parade fatality rate is in the US was hard to determine, but I would estimate it to be two fatalities per year, all preventable with enough pre-planning and safety controls.

Most parades have to be approved by local officials, and then a subsequent safety plan is developed that consists of local public works, EMT and police officers are stationed to address crowd and traffic control and to monitor and protect the public.

Most municipalities will then transfer their financial risk by purchasing a special event insurance policy that addresses a gap in insurance for the event, thus protecting the financial liability in the event of an unfortunate and costly accident, but that doesn’t keep the parade safe.

Several municipalities still fail to adequately address the issue of safety for the actual parade, but many municipalities have started to take note and implement some safeguards, but more can be done in my opinion.

A few years back the federal government attempted to address the issue of parade safety, only after they were called in to investigate an incident that occurred on November 15th, 2012 in Midland, TX — after a freight train collided with a parade float at a highway–railroad grade crossing, resulting in 4 fatalities and 12 injuries.

As a result, the National Transportation Safety Board (NTSB) called for localities to adopt more stringent safety measures. They called for additional city ordinances that require all organizations create a safety plan as part of the city’s event and parade approval process, to include, at a minimum, the following elements: route selection, mitigation of unavoidable hazards, contingency planning, lines of communication among event participants, notification of railroads or other entities with control over possible hazards, development of operating and emergency procedures, a safety briefing for vehicle operators driver and vehicle screening. But this was merely a suggestion, not an enforceable regulation.

If you ask me there is a lot more that should and can be done. For instance, I would recommend:

• Local municipalities and city officials should require that all drivers in the parade to pass Motor Vehicle Records (MVR) check and meet the minimum requirements that any standard insurance carrier would require. This can be done for as little as $4-$8 per driver.

• If a vehicle in the parade requires a CDL to operate that vehicle, then verify that the driver possesses one.


• Parades should never be held at night and only during daylight hours, for obvious reasons.

• All drivers that will be pulling trailers/floats in a parade should receive some form of a formal certified towing safety course. The truth of the matter is that far too often drivers today can go and purchase a trailer down the street at a local home improvement store and are not required to prove that they are competent to even tow that trailer or even have it inspected.

• All vehicles, trailers, and floats should go through a rigorous pre-safety inspection by a qualified person, to include the vehicle’s brakes and the hitch.

• Impose certain height restrictions for built floats, to avoid it from toppling while making turns.

• Implement a fall protection plan for elevated floats that do not protect participants from falling from an elevated platform.

• All parade floats/trailers should be equipped with safety railing and mid railing per OSHA standards, to prevent passengers from falling.

• All vehicles towing trailers/floats should be equipped with extended towing mirrors to be able to visually see what is going on behind their vehicles at all times.

• Every float or trailer should have a trained safety monitor or spotters that s along with passengers that are in constant communication with the driver.

• Every parade should have trained safety monitors that walk or follow along in golf carts, that are spaced far enough apart to be able to observe what’s going on in front of them. These monitors should the authority to stop the parade and equipped with a means of constant communication with those drivers in front of them, to warn of any safety issues that they observe.

• If safety monitors are not equipped with a means to communicate with the parade drivers, then they should be equipped with safety air horns that notify drivers to stop immediately when they see a safety hazard.

• Parade participants should be prohibited from throwing objects from floats which tempt parade watchers to step out into the parade traffic.

So you can connect the dots of the liability that the local municipality or the sponsoring business that was towing the trailer/float assumes, when a year later an attorney points out that you disregard the trailer manufacturer’s safety warnings in the operators manual, which contributed to a tragic accident.

At that point, you just need to find a way to get your insurance carrier to settle the case before that fact is presented to a sympatric jury of mothers and fathers.

With this said I love parades and as a safety and risk management professional I would never tell a local official that we can no longer have a parade because of the risk that they present. But what I will tell them is that we can do better, and city officials should make decisions as if their 6-year-old child or grandchild is participating in that parade and to build a safety plan that exhausts all efforts to keep him/her safe at all costs.

Be Safe My Friends

Keven Moore works in risk management services. He has a bachelor’s degree from the University of Kentucky, a master’s from Eastern Kentucky University and 25-plus years of experience in the safety and insurance profession. He is also an expert witness. He lives in Lexington with his family and works out of both Lexington and Northern Kentucky. Keven can be reached at kmoore@roeding.com.

Part Three Of Our Interview In Canada About Parade Safety 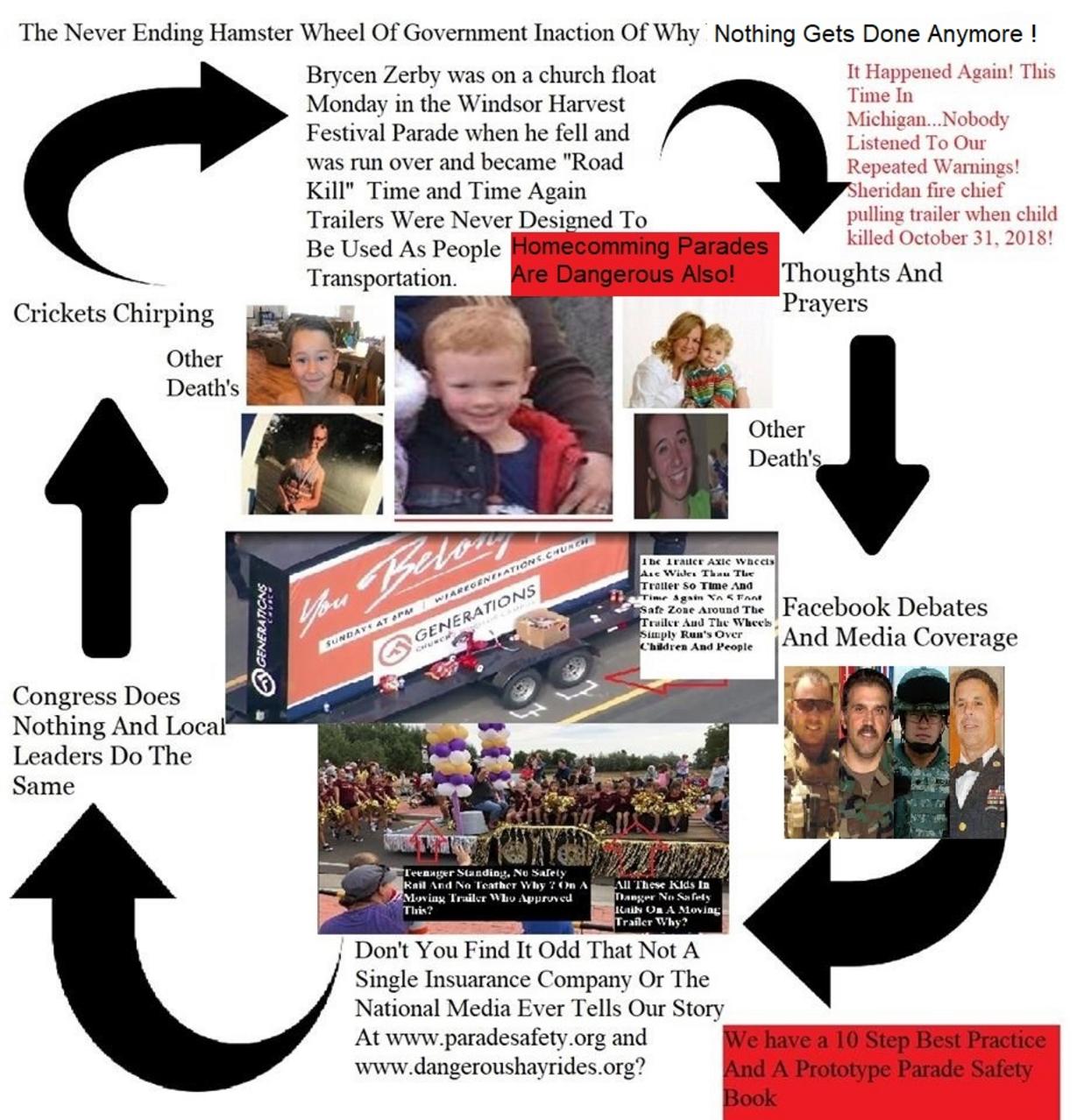 Part One Of Our Interview In Canada About Parade Safety 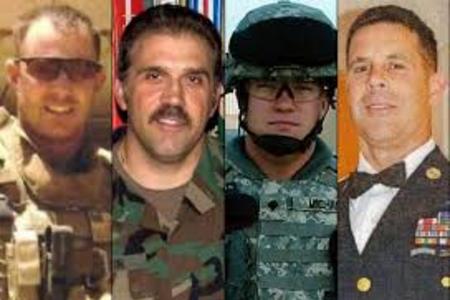 Finally a reporter and a newspaper did some homework that we already gave to the Government over 10 years ago and now every insurance company, every Government locality, every non-profit, every Fire Marshall's Office, Every Police Department is now subjected to major lawsuits if anybody gets hurt or is seen on a moving trailer.

It is now official every parade ....every hayride in the United States sponsored by anybody is illegal.

It is now published and forever part of the public domain.

This is what real journalism is....this paper is and will be getting allot of heat over this publication being published. 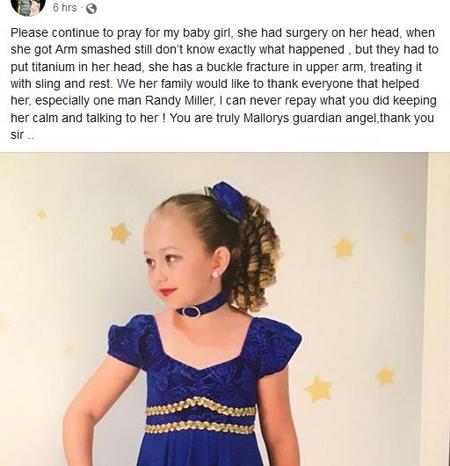