A settlement has been reached in the case involving payments to the J. Lee Milligan employees who were killed and injured in a construction zone on I-40 on June 10.

Get the latest Amarillo news straight to your phone! Apple | Android

A trailer owned by Ramirez Concrete detached from the truck that was pulling it and crashed into the workers killing three and severely injuring two. AmGuard Insurance sued, saying its coverage of the concrete company did not cover the incident.

However, after mediation, the court filing says all claims have been settled, and work continues to identify who will be paid and how much they will receive.

Ygnacio Rodriquez, 59, Jorge Noe Catano, 36, and Julian Zamora, 63, were all pronounced dead on the scene.

Two other workers were brought to the hospital.

See The Men Who Wore The Helmets Above
Click Here 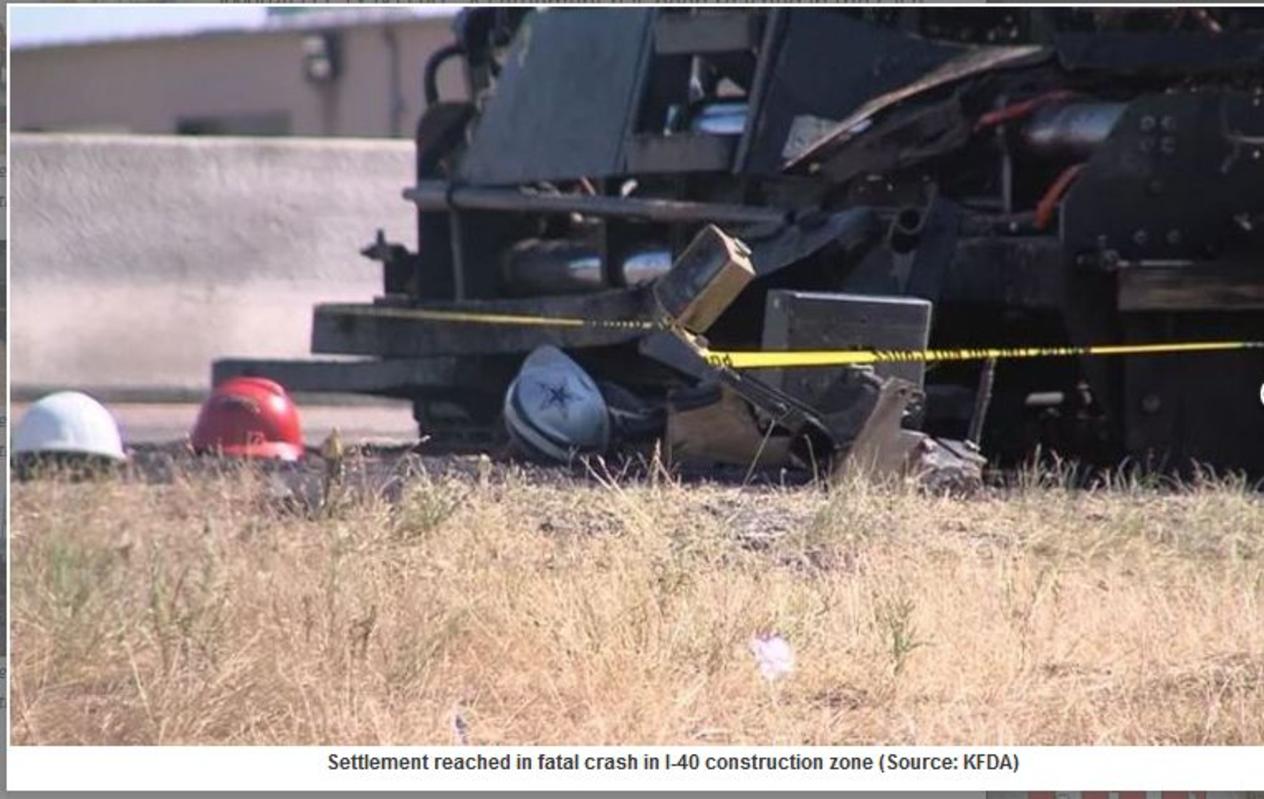 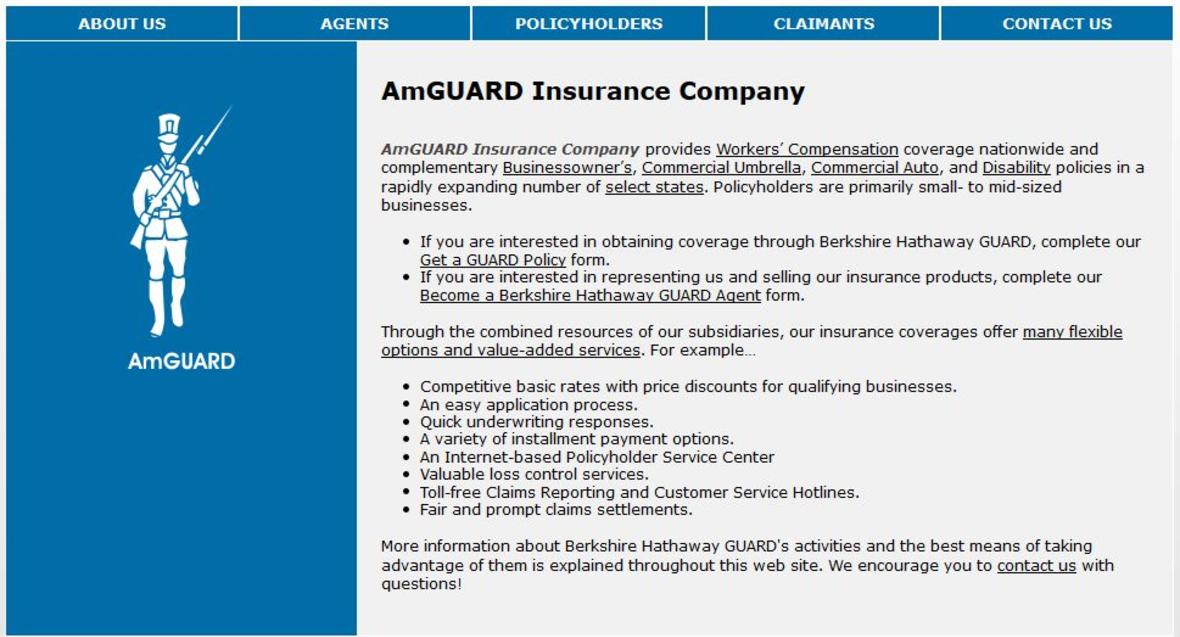 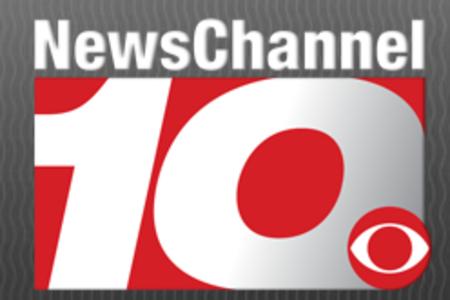 The Trailer that came off did not have safety chains...hitch pin and no breakaway cable...in Violation Of Federal Laws.

We keep asking for the Official  "Crash Team Report"  They not only refuse our request but the media as well.

"The Amarillo Police Department has given out little information regarding the crash due to the pending investigation and has declined comment on whether the driver followed state laws when hitching his trailer.

Why?  Do they not want to fix the problem!We keep asking for the official Crash t

An investigation into what caused a trailer to detach from a moving vehicle on an Amarillo highway and crash into a work zone killing three construction workers and injuring two others continues nearly two weeks after the mass fatality wreck.

The Amarillo Police Department has given out little information regarding the crash due to the pending investigation and has declined comment on whether the driver followed state laws when hitching his trailer.

“That is still being investigated at this point,” Officer Jeb Hilton said in an email.

The vehicle involved in the incident was a 2016 silver Ford F250 hauling sand and rebar on the flatbed trailer.

According to a certified crash report filed with the Texas Department of Transportation, Felipe Ramirez-Ramos, 48, of Amarillo, was eastbound on Interstate 40 driving a truck and hauling a trailer both owned by Ramirez Concrete on Saturday, June 10. It was just after 9 a.m. when a pin either came loose or broke and the trailer detached from the vehicle, lost control and crashed into a work zone.

Three employees working with J. Lee Milligan - a paving company contracted by TxDOT to do hot-mix work in the area - died at the scene and two others were injured.

J. Lee Milligan employees Ygnacio Rodriquez, 59, Jorge Noe Catano, 36, and Julian Zamora, 63, were pronounced dead at the scene on eastbound I-40 just east of Whitaker Road, according to the Amarillo Police Department.

David Huddleston, 59, and Eddie Erinco, 21, both of Amarillo, were injured in the crash and taken to Northwest Texas Healthcare System. Huddleston sustained major injuries to his leg, according to the report, and Enrico suffered more serious injuries after being pinned under a nearby vehicle.

APD officers told the Globe-News June 12 that both were recovering from non-life threatening injuries, but on Thursday said they did not have updated information.

A spokesperson with TxDOT also was unable to update the condition of the two men.

Following the wreck, TxDOT officials and J. Lee Milligan worked together to improve safety around the work site, such as closing an additional lane on the eastbound side of the highway near Whitaker Road as an additional buffer between workers and traffic. They also posted speed limit advisor signs and additional signage that warned motorists that road work was ahead.

TxDOT Spokeswoman Sonja Gross said prior to the fatality wreck regular security measures were in place.

“We will continue to evaluate each project on a case-by-case basis and ensure that the appropriate traffic control is put in place to provide the best the best possible safety for the workers and the traveling public,” Gross said.

“With that being said, we need the traveling public to heed the warnings provided, control speed, and avoid distracted driving as they pass through work zones.”

Whether the wreck makes the deadliest work zone crash in state history is unknown, however it does mark the first fatality in the Amarillo region since 1998, when Paris Hood was killed when a passing vehicle hit him as he prepared to perform litter pick-up along the shoulder of Interstate 27.

Earlier this year, TxDOT released data that showed work zone fatalities in the state had increased 27 percent in 2016. The majority of those killed, though, were motorists, pedestrians and bicyclists - not road workers.

“People often think work zone crashes result in the deaths of roadside workers, but statistics show the vast majority of these fatalities are drivers like you and me who are passing through,” TxDOT Executive Director James Bass said.

“We urge you to pay attention.”

The Globe-News filed an open records request with the state agency Thursday for statistical information on roadside worker fatalities, but the information was not readily available.

According to national data, there are 1.8 work zone fatalities per day.

Between 2005 and 2014, the U.S. Department of Transportation reported that 1,212 roadway construction workers were killed in a work zone fatality.

The primary cause of worker fatalities, nearly 50 percent, was from run-overs and backovers - often by dump trucks, according to the data.

The Associated General Contractors of America surveyed more than 700 contractors during March and April and found 44 percent of the contractors had experienced vehicle crashes into their construction sites in 2016. Half of those reported an injury, and 13 percent said the accident resulted in a fatality. Contractors responding were in California, Colorado, Indiana, Kentucky, Minnesota, New York, North Carolina, Ohio, Pennsylvania, Texas, Virginia and Washington.