It happened again another poorly maintained and never inspected trailer in Virginia came loose and almost cuts a innocent person in half.

We demand the safety inspection officer investigates exactly the event's that lead up to the trailer becoming detached.

We need this vital information so we can develop safety alerts to save lives.

All we keep getting from the Virginia State police is silence and even worse no further action from the General Assembly Why?

See below a sample of what we are exposing. 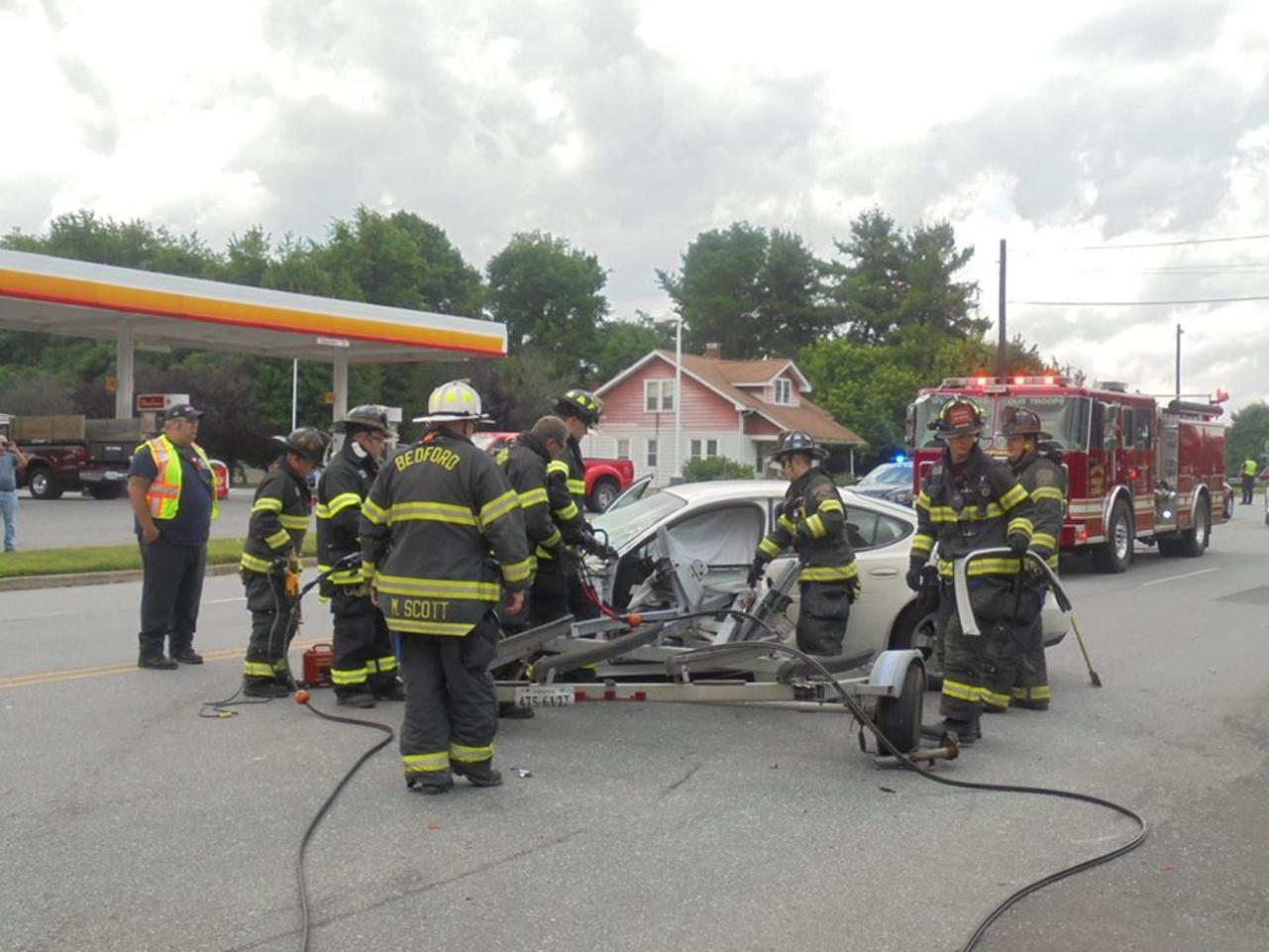 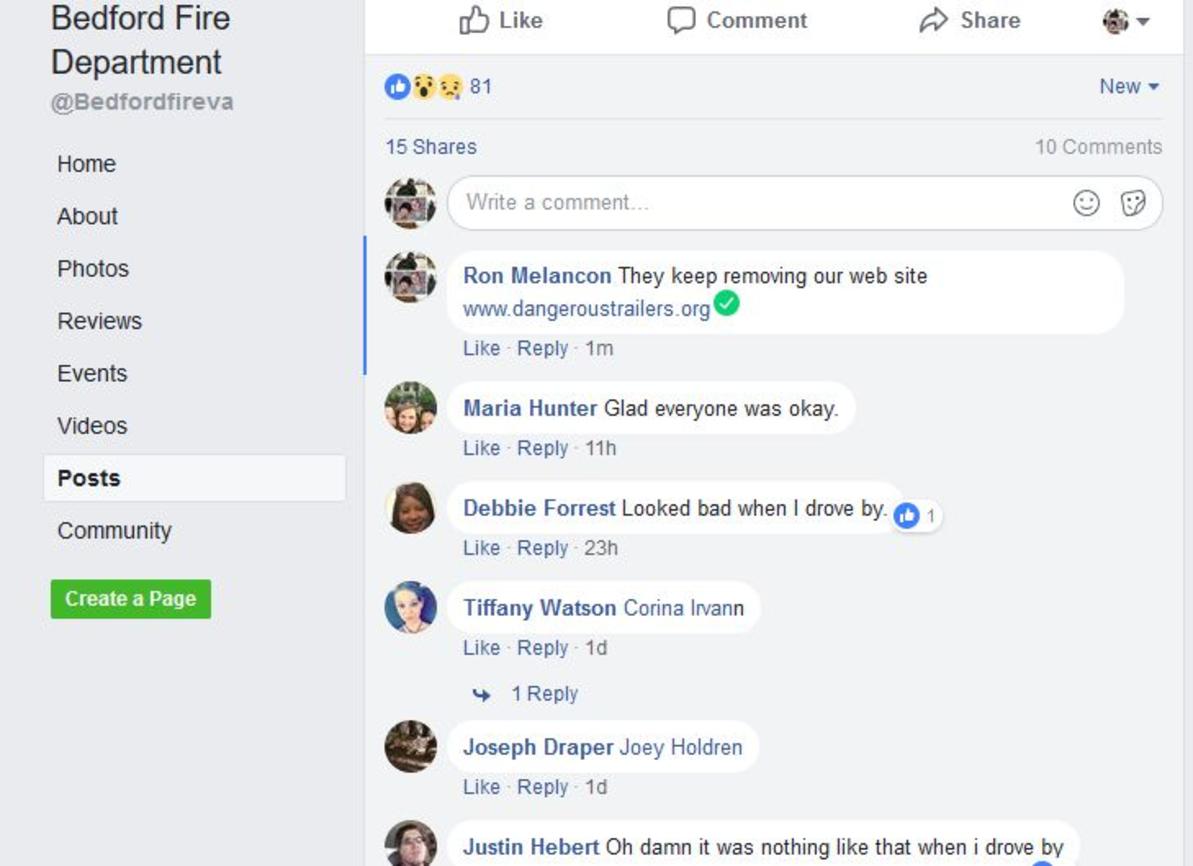 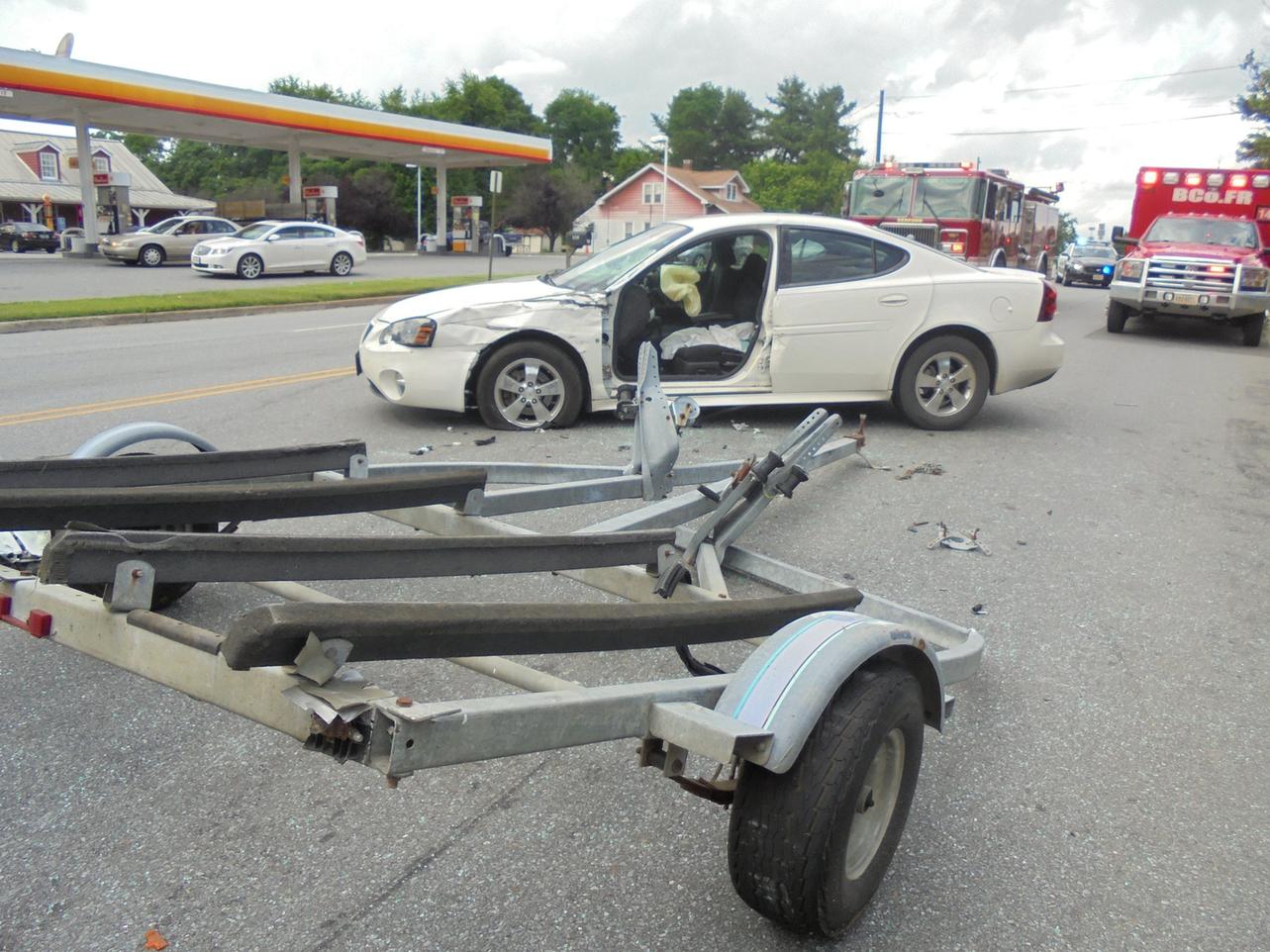 We need Answers what failed?  Safety Chains? Where is the hitch?  Look at the pictures! 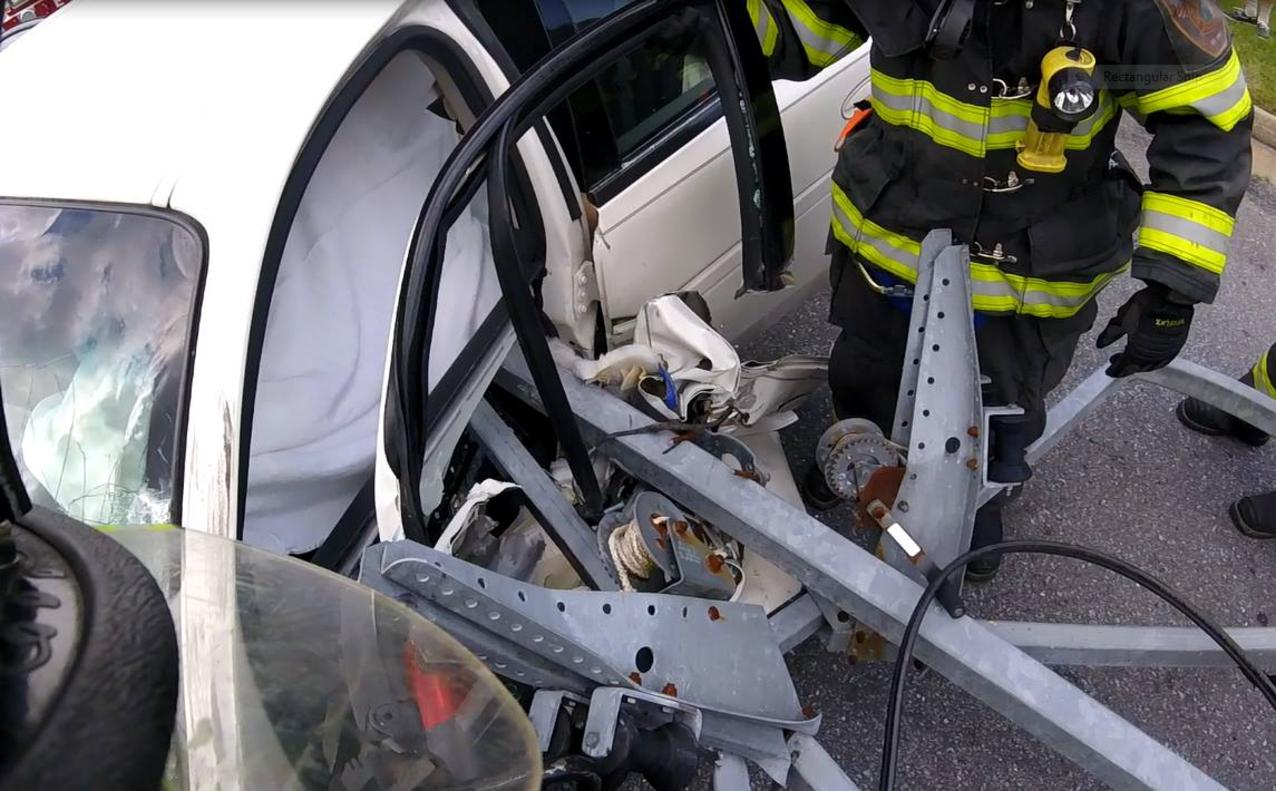 BEDFORD, Va. (WDBJ7) -- Two injuries were reported in Bedford Sunday after a trailer became unattached from its vehicle hitting two other vehicles.

1551hrs - Bedford Communications alerted Company 1 and Medic 14-1 to the 800blk of Burks Hill Road for a report of an MVC involving three vehicles one which was pulling a trailer carrying personal water crafts. Reports were that the trailer came unattached and struck two vehicles. E1 with four (4)arrived on scene to locate the trailer had struck on of the vehicles in the drivers door penetrating the hitch through the occupants compartment. R1 with six (6) removed the drivers side door which allowed the trailer to be pulled and the occupant to be removed from the vehicle. Only two minor injuries were reported.