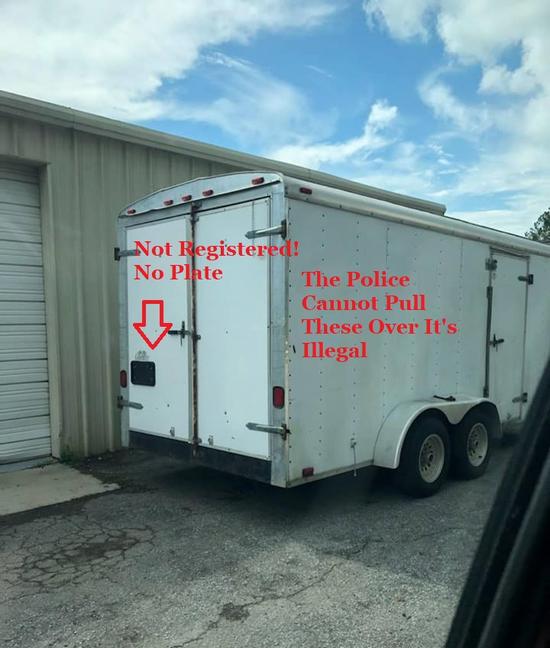 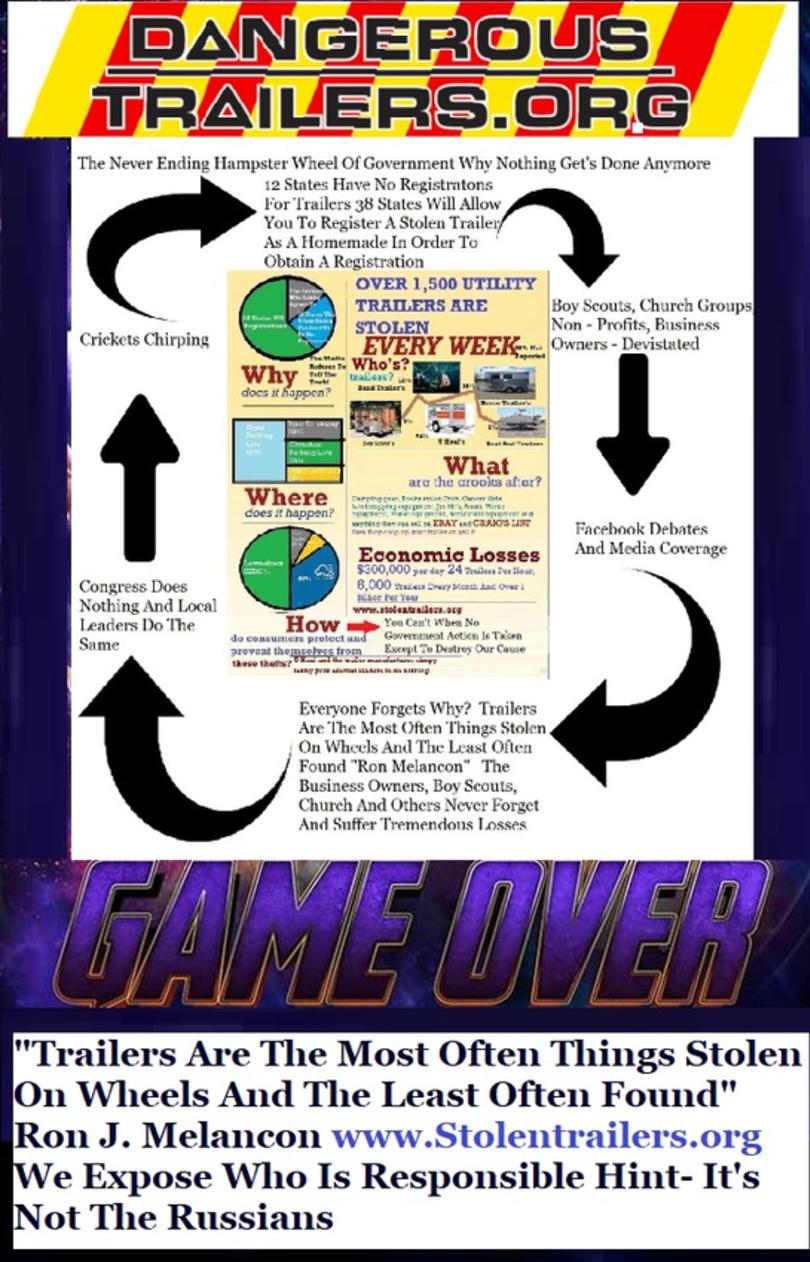 It Is Game Over....We are going to name everybody who is responsible for another Stolen Trailer That Will Not Be Found 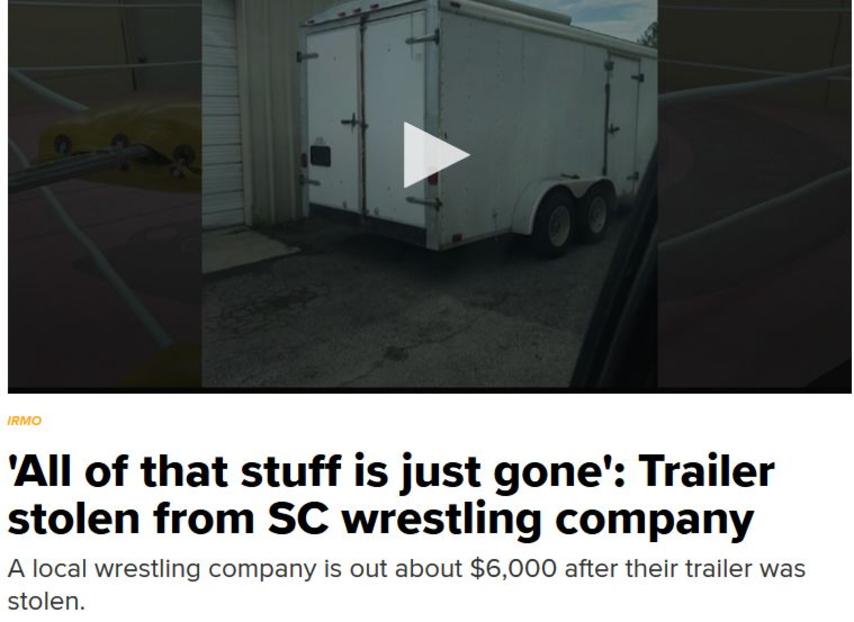 Click Here For Our Evidence That Proves That The Media Is More Concerned About
"The Russians" Than Over $1.2 Billion In Value That Will Be Stolen In 2019

IRMO, S.C. — Sometime between late Thursday night and the early hours of Monday morning, a trailer was stolen from Palmetto Championship Wrestling/Palmetto Wrestling Academy in Irmo.

This trailer was not just sitting around for extra use, it was the company's means of transportation, which also housed some vital equipment for their shows.

Head trainer and wrestler Ethan Case named some of the items that were taken:

“Our sound equipment, the rest of our guardrails which are state regulated, all the pipe and drape that we use to make our show, because we don’t do just like a ring in a building we make an arena. All of that stuff is just… gone,” Case said.

The company is one of the largest in South Carolina, and over 350 guests look forward to their shows once a month, with one being this Saturday.[ethan]
Ethan Case leaning on the ring that ordinarily would be inside the trailer in transit, but was inside the facility for training.
WLTX

Owner and founder of Palmetto Championship Wrestling Shane Dorr assures, “We should still be able to do the show.”

In addition to entertaining wrestling lovers in the Midlands, they guys also donates a portion of their proceeds to their partner, the American Cancer Society, each month.

They were scheduled to perform at a Relay for Life event this Friday as part of this partnership, but will no longer be able to.

Dorr posted some photos and a description of the trailer to Facebook hoping to get some insight on what happened. The post has almost 1000 shares.

If you recognize this trailer or have any information about it, you can contact CRIMESTOPPERS at 1-888-CRIMESC.

If you have any story ideas or information on things happening around town, contact us at StreetSquad@wltx.com or tweet us using the hashtag #StreetSquad19.