MURRELLS INLET, S.C. (WPDE) — Another trailer has been reported stolen in Horry County and this one, like others, contributed to the livelihood of its owner. The trailer sat for years next to Midnight Sun studio in Murrells Inlet and served as a local musician’s tool to help his bands make it to and from gigs.

“As I was pulling by I noticed it was gone and I pulled in to just make sure and yeah it was gone,” said McKinley Devilbiss.

Devilbiss had left the trailer next to the studio at the approval of the owner. The trailer was last seen Friday. He suspects it was taken over the weekend, but he has not been able to find and security camera footage catching the theft in action.

“It’s crazy. It could be musicians or other people who stake out trailers, I don’t know. It could have been a spur of the moment thing. I really don’t know,” said Devilbiss.

The theft comes as several other owners captured the moments their trailers were allegedly stolen. For Devilbiss, he has lost a kayak, some older equipment, and most importantly his main form of carrying instruments for him and other band members.

“I’m lucky because I have the important stuff with me, it’s not going to crush me. But it’s just the nature and principle that someone would do that because you don’t know what that’s going to do to someone’s life.”

He has filed a police reports in hopes the vin number of the trailer can help lead to tracking it down if it was sold. He also has insurance on the trailer. Nonetheless, he hopes the people responsible will be caught.

“I think the bigger thing is catching the person who did it because that’s just going to keep happening," said Devilbiss.

Click Here To See A Complete And Utter Failure Of Government To Address Stolen Trailers! 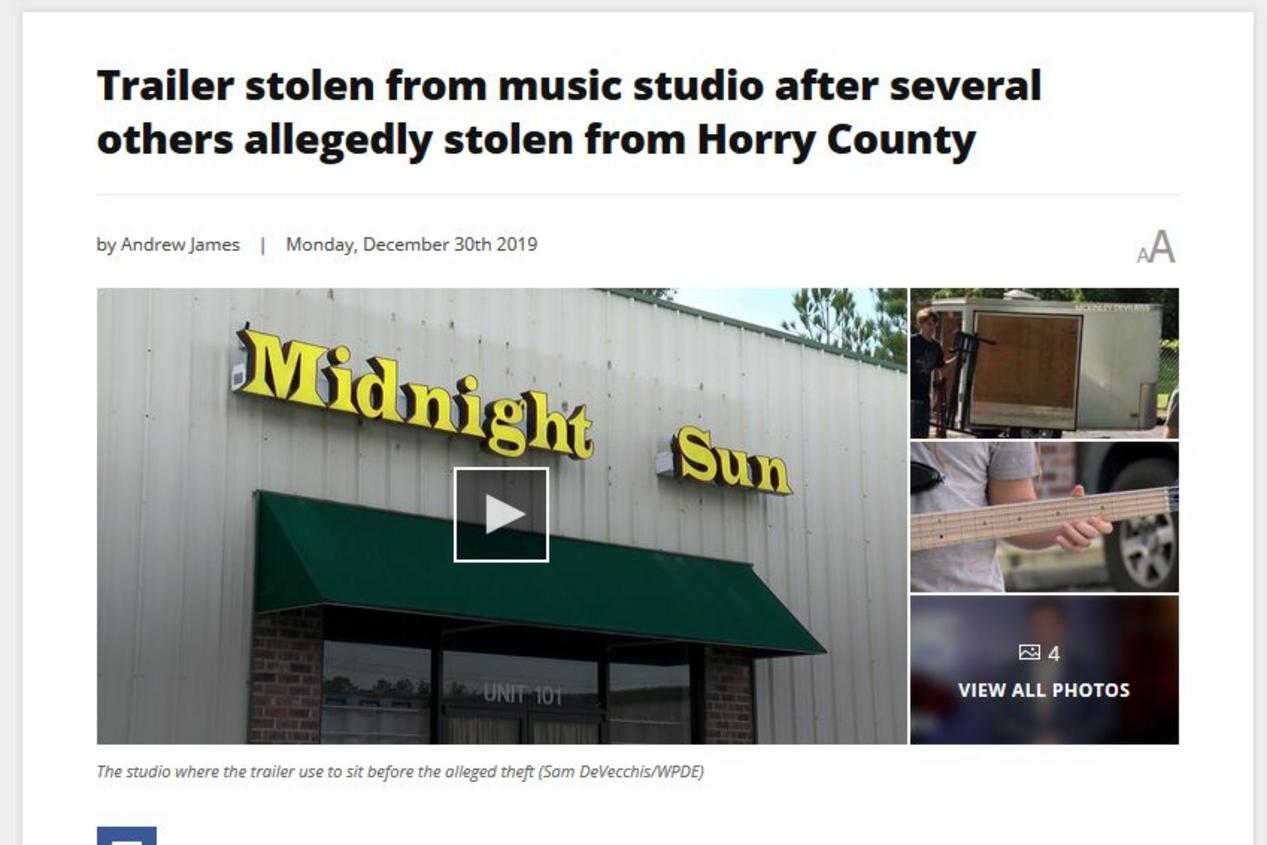