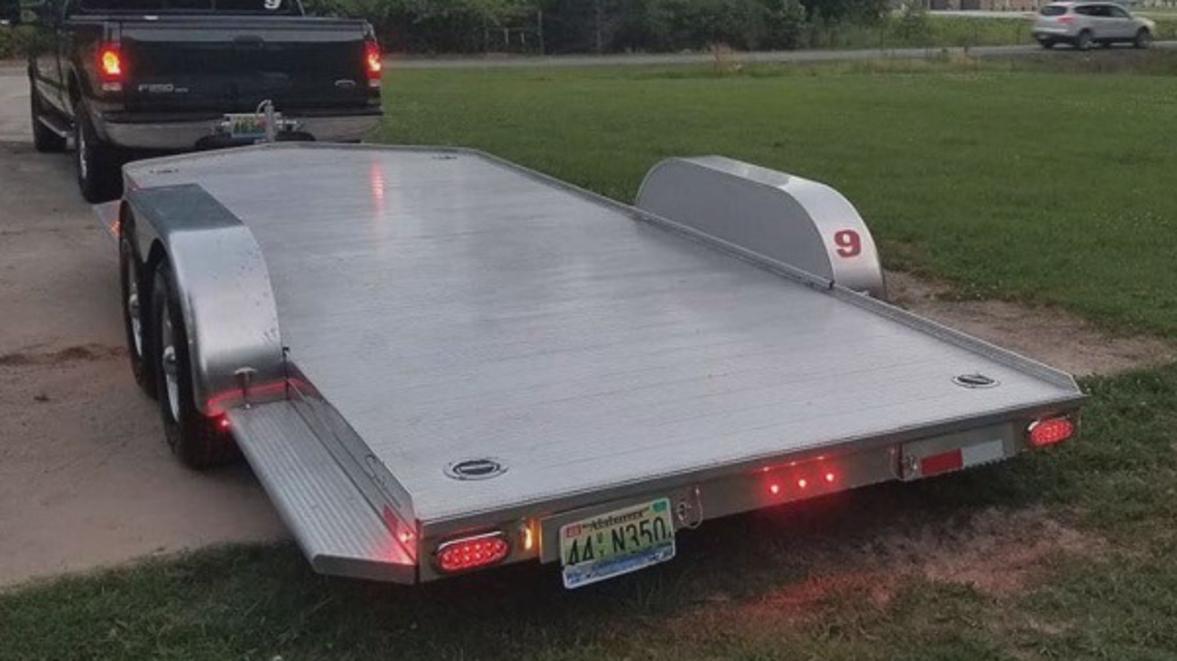 The trailer is made from aluminum, so it's lighter the the usual steel trailer, and it had a number 9 sticker above the back right wheel.Posted: Jan 22, 2020 8:16 PM
Posted By: Sydney Martin

The Limestone County Sheriff's Office is asking for your help after a trailer was stolen. Investigators said it was stolen from a home on Huber Road in Elkmont.

Bruce Jansen, the homeowner, said he is in disbelief his trailer he uses to haul his race car was stolen from his home.

"The fact they did it in broad daylight it's just insane," he said.

"When I left it was cold, and I left my German Shepard in the garage, so that he wouldn't be cold. Yesterday afternoon sometime probably around 3:30 i get home and my 20 foot trailer is gone," he said.

Jansen said the trailer was sitting in his driveway, and he's hoping somebody drove by while it was being hitched to someones vehicle and can come forward with information about who took it," he said.

Without his trailer, Jansen said his team will be left without a way to transport their race car to the next race.

"We have a race coming up February 1st and 2nd, and now I'm not really sure how we are going to get the car there," he said.

Jansen said he hopes the bold criminal is caught..

"When somebody comes on your property and you're not home and they steal something that's very precious to me, it's something I use quite often, it's very frustrating," he said.

Jansen's disappointed that someone stole the trailer that he worked so hard to buy.

'I work at times up to five different jobs and try to make sure that I have a vehicle that runs and drives. Yeah, I have a race car, and that's something that's nice to have but that trailer is a big part of it and you know i work all of those jobs to help with that hobby," he said.

Jansen said the trailer is made from aluminum so it's lighter the the usual steel trailer and it had a number 9 sticker above the back right wheel. If you see it you are asked to call the Limestone County Sheriff's Office at 256-532-0111.