MDOT employee dies after being struck by tire on I-94: 'It is heartbreaking'

The Berrien County Sheriff's office is investigating after a Michigan Department of Transportation worker was hit and killed in a freak accident.

Two tires came off a semi-truck on I-94, hitting that man while he was working on the side of the highway.

MDOT and the Benton Charter Township are mourning his loss tonight.

48-year-old Kevin White not only worked at MDOT, but was the supervisor of the Benton Charter Township.

Tonight, he's being remembered as someone who dedicated his life to public service.

It was shortly after 7 o'clock Wednesday morning, during the morning rush hour. Kevin White was picking up debris on the side of I-94 when a passing semi lost two tires, one of those hitting him.

He was taken to a local hospital, where he died.

“It certainly is a difficult day,” said Nick Schirripa, MDOT Spokesperson. “I think many folks here who knew Kevin far better than I would say it’s probably the worst day they’ve had in their careers at MDOT.”

White had worked for MDOT for nearly 10 years.

He was also the supervisor at the Benton Charter Township, a position he held since 2015. At the township's offices today, the flag in front is at half-staff.

“It is heartbreaking, to say the least, when someone is injured,” said Schirripa. “It is gut-wrenching beyond words when a coworker is killed.”


Schirripa says the last time a worker died on the job was back in 2008.

While today's incident is being called a tragic accident, Schirripa says it shows how much danger construction crews put themselves in to maintain our roads.

“These folks have families to get home to at night,” said Schirripa. “They are doing their best every day to do their jobs and get you home to your family safely, and that just highlights that level of danger on that level of commitment.”


Schirripa says White and his co-workers were following all safety procedures at the time of the accident. Grief counselors will be on hand the rest of this week as MDOT and the township grieve the loss of one of their own.

White's family understandably did not want to speak to us on-camera but say his funeral arrangements will be made soon.

The driver of the semi is cooperating with authorities. The sheriff's office says alcohol, speed and drugs do not appear to be contributing factors. 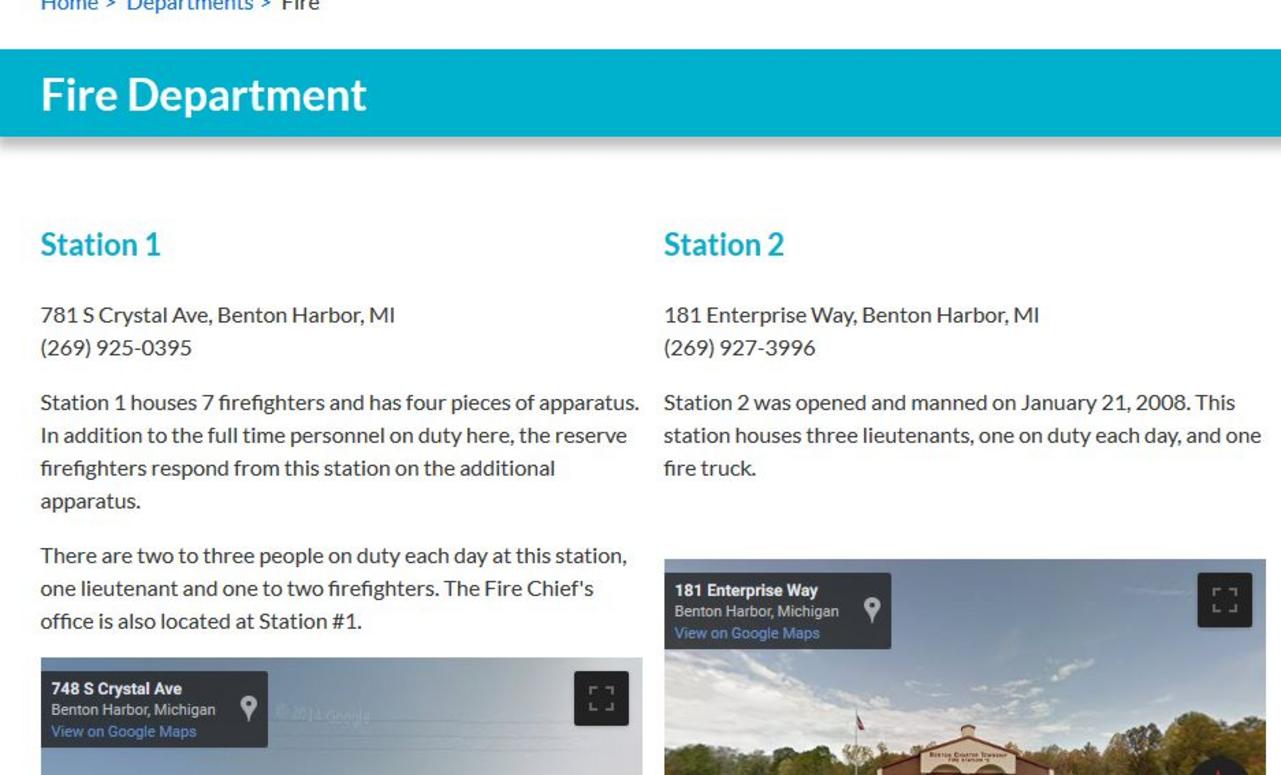 Click Here For Killer Wheels.Org And We Beg And Ask Anybody We Dare You
To Find This Newspaper Series In Any Archives!  It's Been Scrubbed 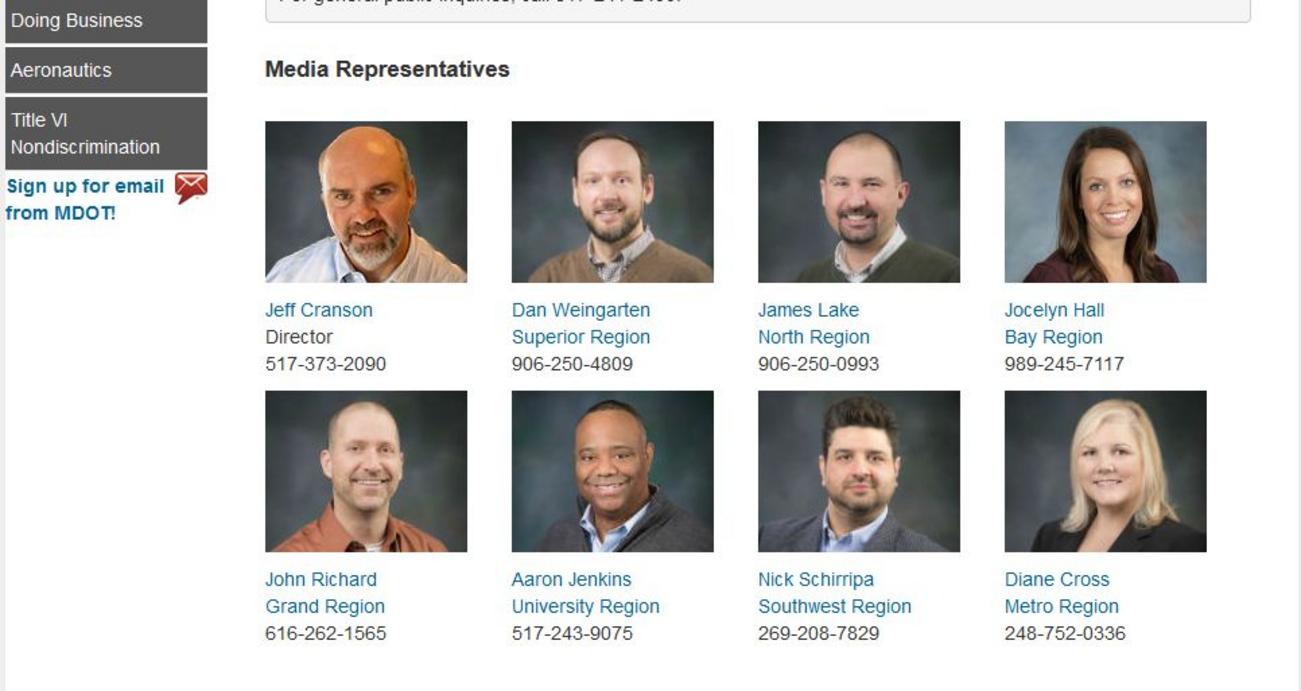 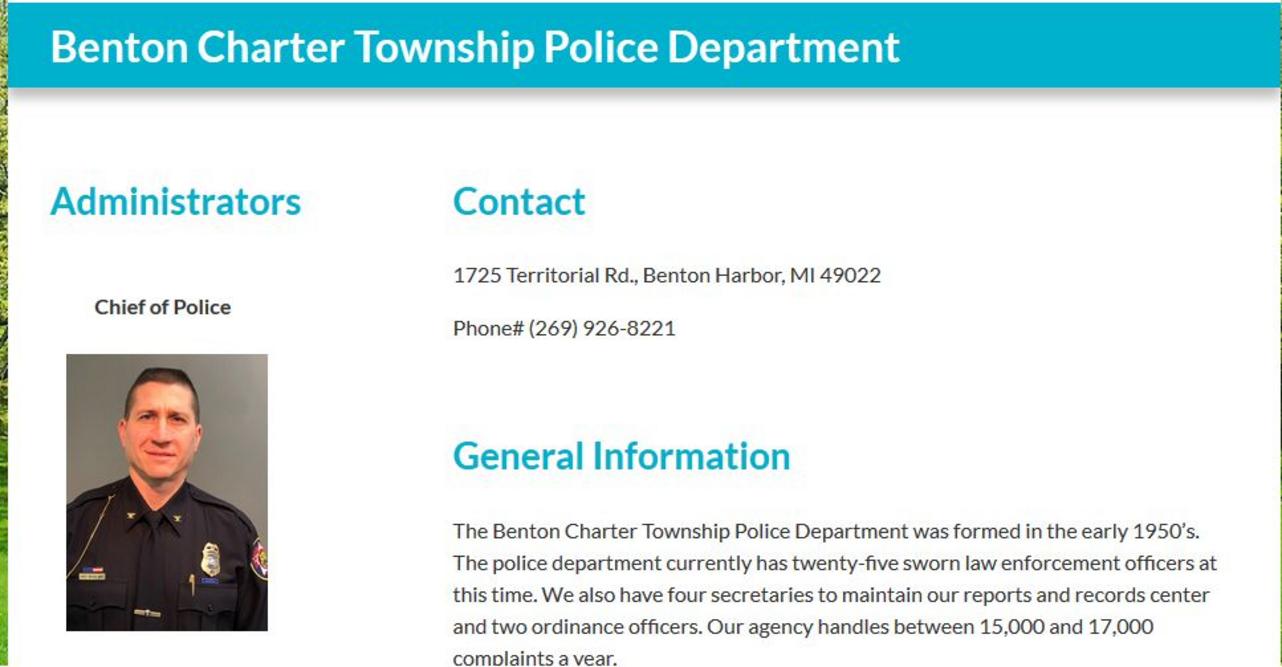 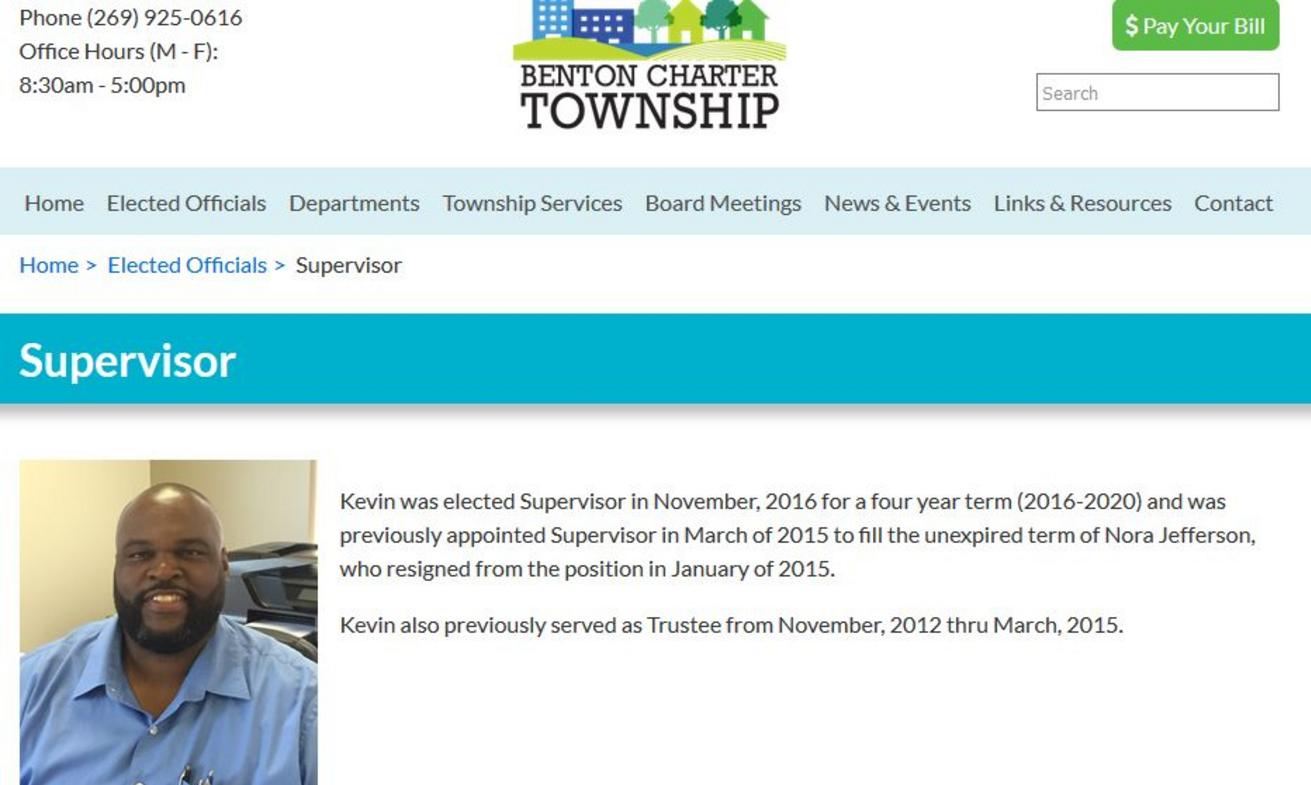 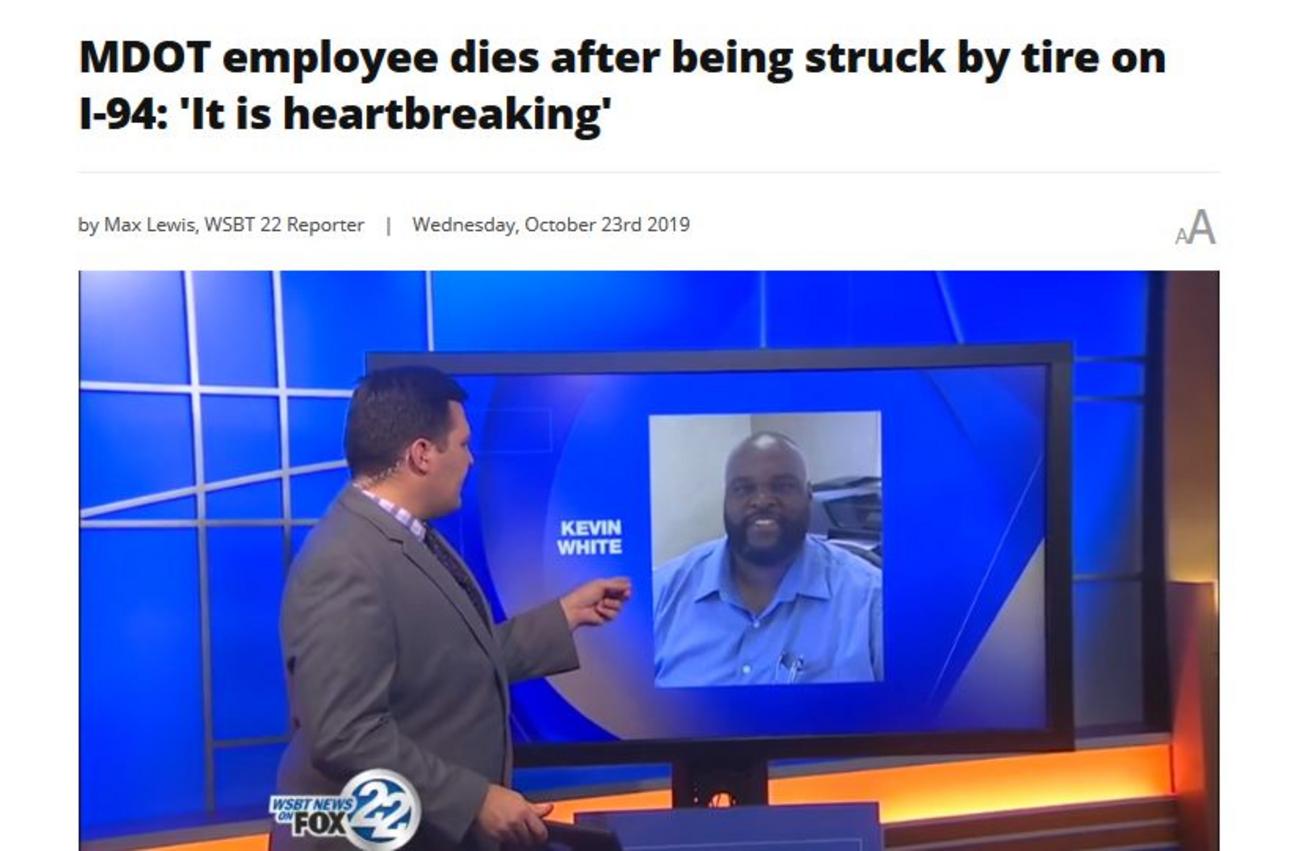 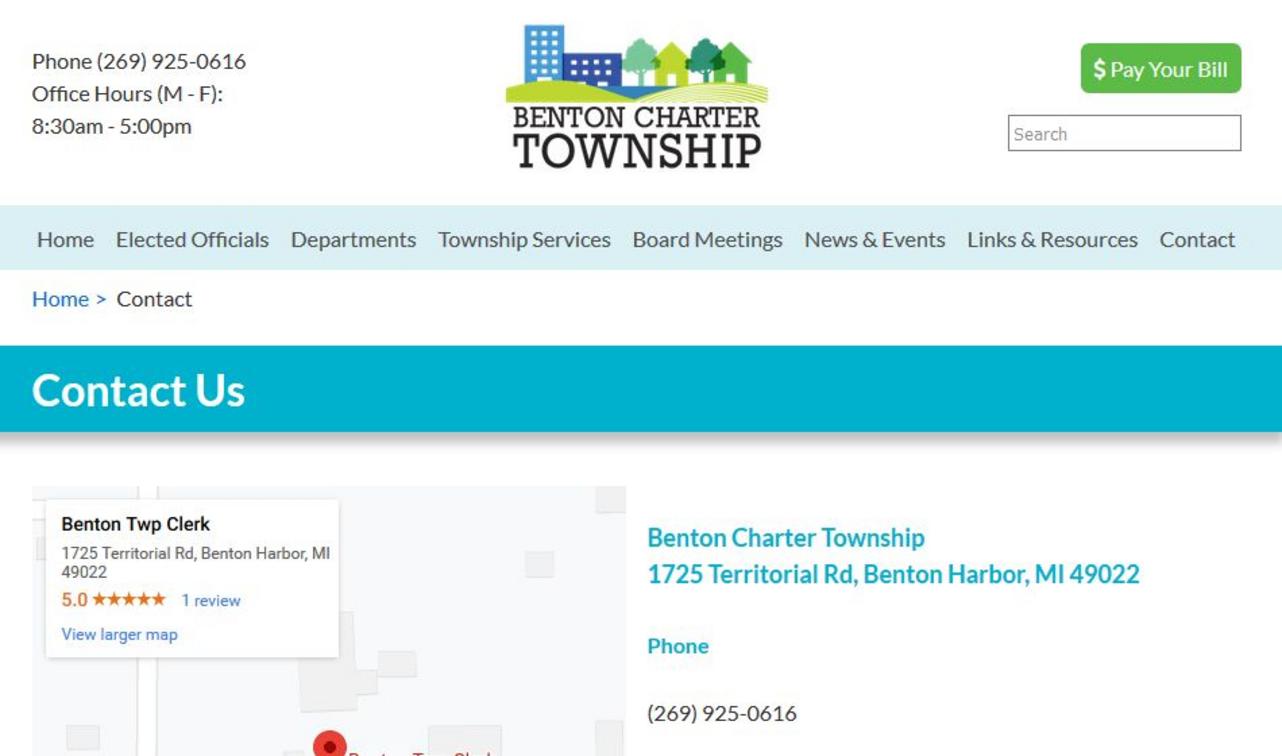