BEAUFORT COUNTY, S.C. (WCSC) - The coroner has released the cause of death of a 5-year-old who was killed in an accident during a Christmas parade in Bluffton.

The accident involved a parade float and Frazier who was being dropped off in the Red Ceder Elementary School parking lot, according to Bluffton Police Captain Joe Babiewicz.

Frazier was taken to the hospital after the parade, where he died.

No charges have been filed in the case.

On Thursday evening, family and friends came together for a vigil to remember Frazier.

Family members say they were surprised by the amount of support they have received from people since the accident happened. 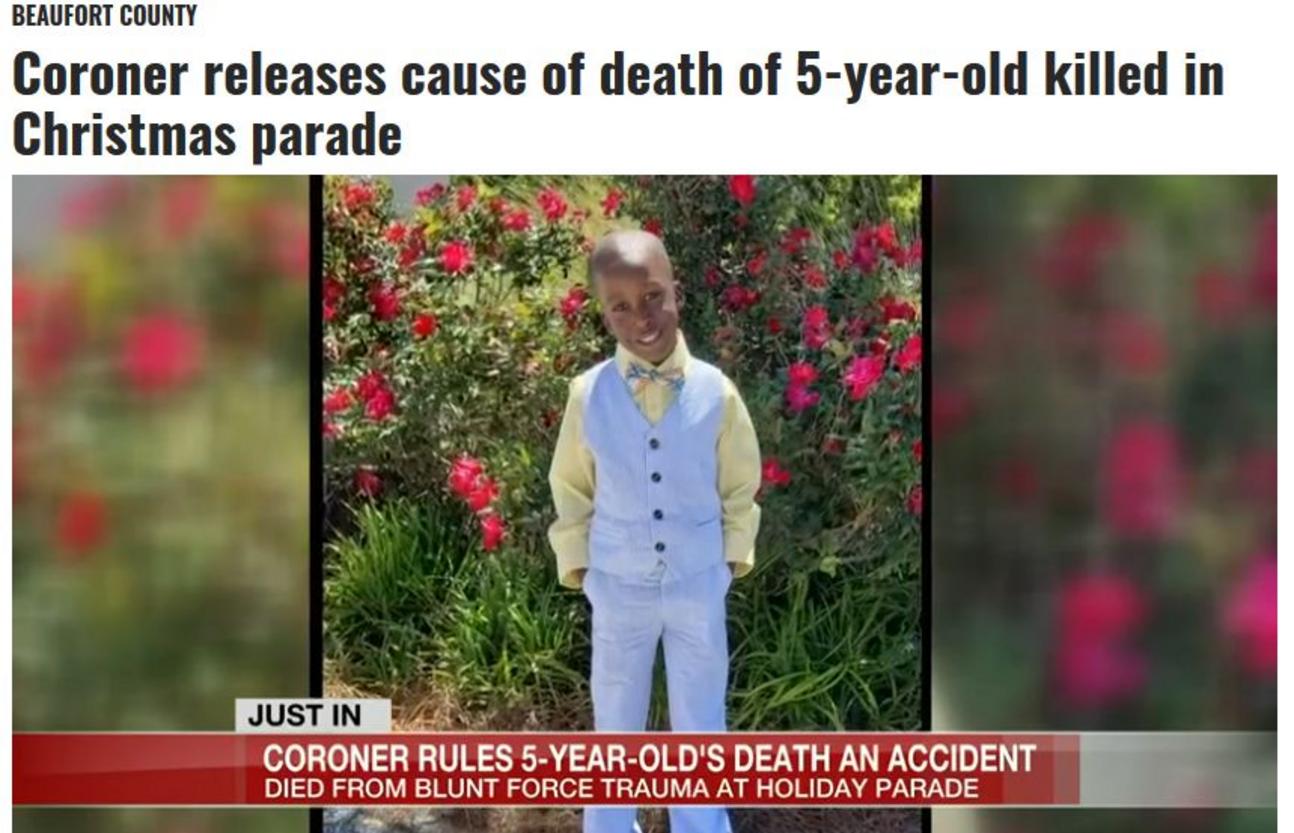 We demand an answer...what series of events led up to this child getting killed?

Let us make this very clear - - No National Safety Best Practice For Any Hayride Or Parades!  Period.

In fact it is illegal to have people on a moving trailer......read the manual.