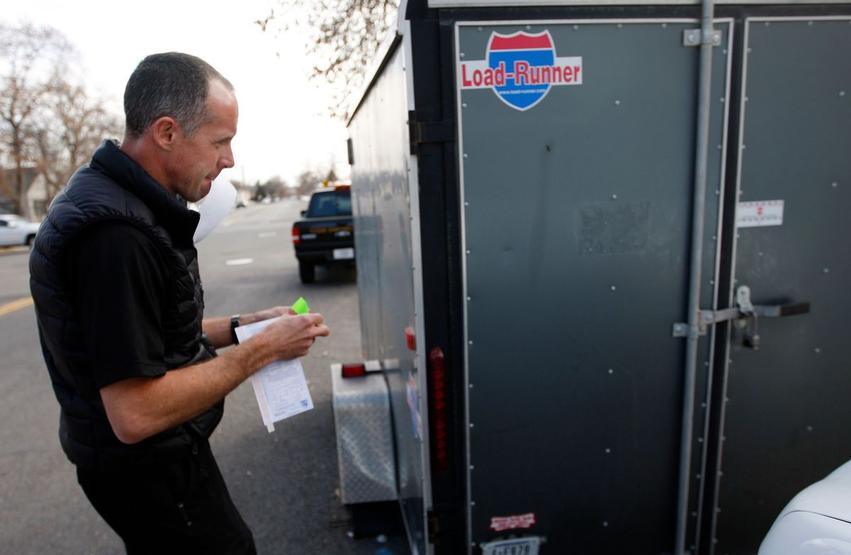 You've been warned: Get your boat, camper or trailer off the street

By MIKE FERGUSON mferguson@billingsgazette.com
13 hrs ago

Billings code enforcement officers have begun ticketing the owners of trailers, campers, fifth-wheels and boats who leave their vehicles on residential streets unattached to the towing vehicle.

Officers wrote 26 tickets in October and many more than that in November, with that figure not yet available, Cromwell said.

During the first 10 months of 2016, the Code Enforcement Division responded to more than 850 complaints of trailers, campers, boats and other conveyances parked on residential streets.

“It’s been a growing complaint over the last four years,” Cromwell said. “It used to be that most of the complaints were campers and trailers being parked in people’s driveways out over the sidewalk. Now they are parking them on the street.”

With two exceptions, that’s a violation of Section 24-406 of the City Code. The code makes exceptions in two cases: a trailer being loaded or unloaded, and a trailer being used in a construction or service project at a residence.

In addition to taking up on-street parking spaces, Cromwell said that the parked trailers present a public safety hazard for firefighters and others who must work around them while battling a nearby blaze or aiding crash victims.

Up until now, code enforcement officers have placed bright green warning stickers on the trailers or other vehicles parked on residential streets.

“That was taking up a lot of time and resources,” she said. “We have some people who are repeat offenders, and they don’t really care what the city code says. They will park the same trailer multiple times during the season, and we got tired of sending people out to inspect every few days.”

They also don’t issue the tickets on Mondays and Fridays, figuring those are days that people are more likely to be packing or unpacking their camper or preparing their boat for the coming weekend.

Cromwell suspects that the spike in the number of complaints has something to do with residents’ proclivity for taking neighborhood strolls.

“Billings is becoming a more active community,” she said. “People are out walking the neighborhood and they’re saying, ‘Hey! Your trailer is blocking the sidewalk. I don’t need to be walking out in the street.’”