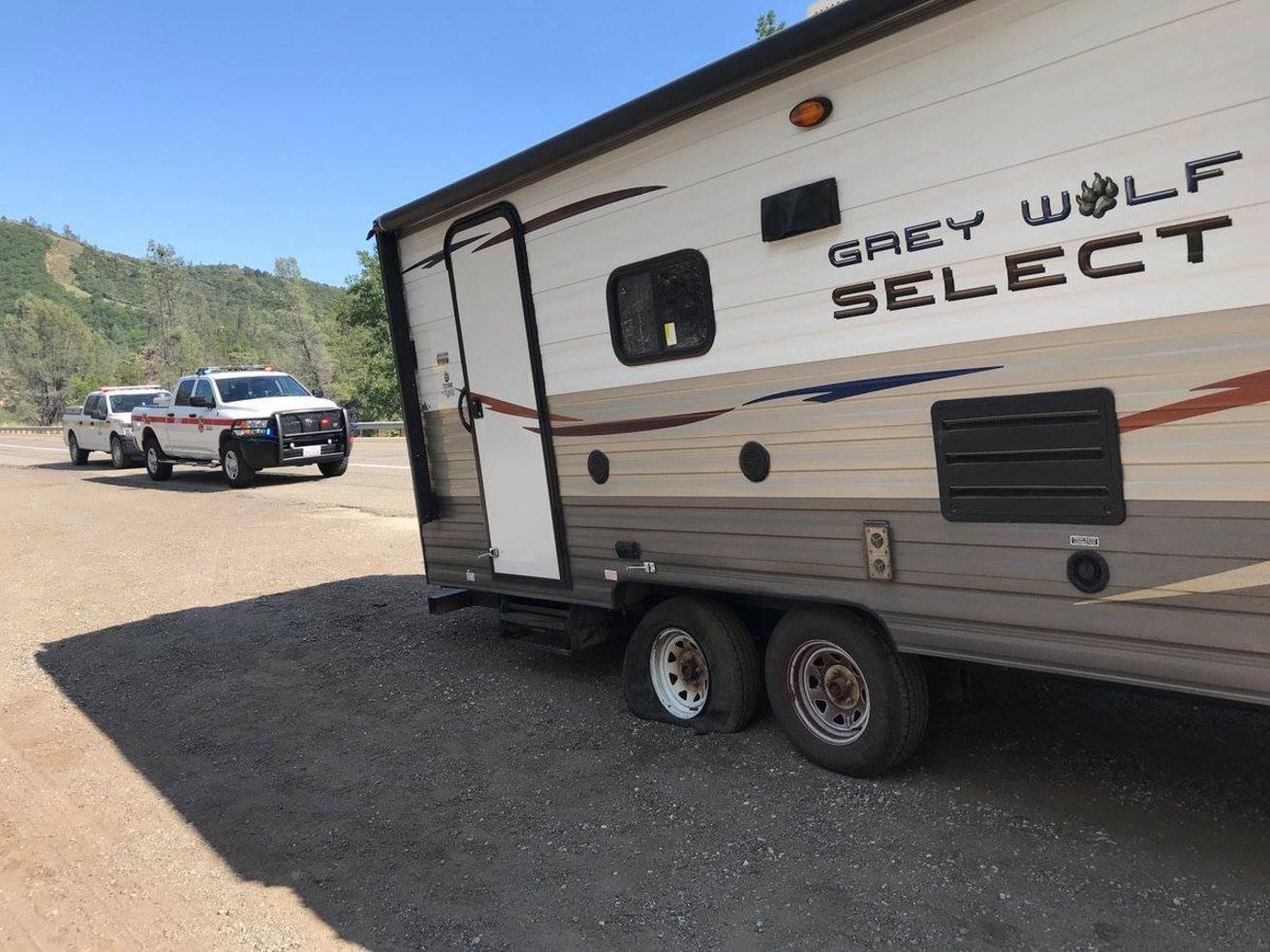 Who Built The Trailer?

What Brand Of Rim?

Who Inspected Tire And Rims?

Why Didn't They Stop?

Why Did They Keep Going? 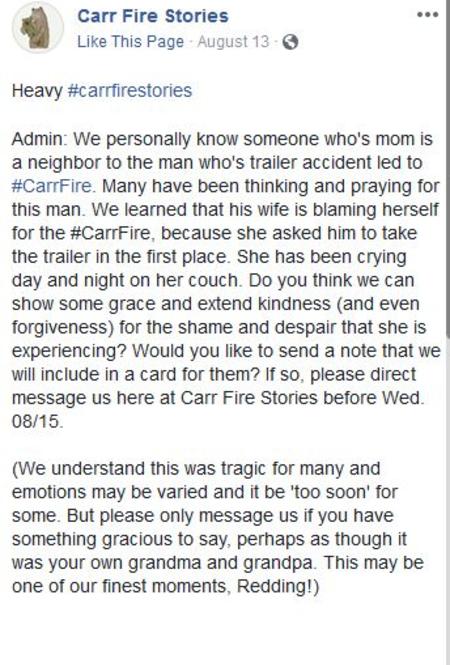 This is NOT your fault!’ People reach out to couple whose trailer sparked Carr Fire

By Gabby Ferreira And Don Sweeney

Rachel Pilli, a Redding resident, wanted to send a sympathetic note to a couple whose trailer started the Carr Fire — and that one card has turned into hundreds of notes expressing compassion and sympathy for the couple, the Redding Record Searchlight reported.

Pilli had been praying for the couple since she learned that the Carr Fire was caused by a blown tire on a trailer, the Record Searchlight reported. Then she met a firefighter who told her the couple were his mother’s neighbors.

The National Park Service said the Carr Fire was started July 23 by sparks from a flat tire on a trailer in the Whiskeytown area, the Record Searchlight reported. As of Wednesday, it has burned 211,038 acres and is 67 percent contained, according to Cal Fire. Officials have not identified the couple.


Pilli asked the firefighter if she could give him a card to give to the couple, expressing her sympathy.

Be the first to know when big news breaks

Pilli posted on Facebook, asking other people if they’d like to send a letter to the couple, KRCR reported.

“I was thinking if I could send a card, maybe my friends would also send a card,” Pilli told KRCR.

Pilli told the Huffington Post that, in less than two days, she’s received more than 600 cards and messages.

“I didn’t think this would become a love avalanche,” Pilli told the Huffington Post. “People have been incredibly generous, gracious, compassionate, kind and truly sacrificial in unimaginable ways.”

By Wednesday afternoon, nearly 500 people had responded to Pilli’s plea on the Carr Fire Stories page on Facebook.

“I lost my trailer and my parents lost (their) house,” wrote Shasta Fauks. “But what happened was no fault of this couple. The weather conditions, the area, the lack of properly clearing underbrush was at fault. I (sincerely) hope this couple knows that no one blames them.”

“We as a Community are here to help lift that weight off your shoulders, and off the shoulders of those who have lost so much in the fire,” wrote Lana D. Wharton..

“That stretch of road has caused me to pull over numerous occasions to check my tires because of the ruts & bumpiness,” wrote C.J. Sisko. “It’s that road, if anything & God’s will is not for us to know yet.”

“You are deserving of our grace,” wrote Sharon Liubakka. “The Redding community knows you did nothing bad or ugly in this whole series of events.”

Others wrote from across the United States or even overseas to extend their sympathies.

“Sending hugs your way all the way from Alabama,” wrote Amy Robinson Hill. “This is NOT your fault! Praying for you and your family as you cope with this.”

“As a fire fighter in Toronto, Ontario Canada, my heart pours out to the people who feel ‘responsible’ for this fire,” wrote Steve Walsh. “You two were merely loving life to its fullest.”

Pilli told the Record Searchlight that she was in tears reading the responses: “It was an ocean of compassion, of love and grace.”

The administrator of the Carr Fire Stories page, Hope Seth, told KRCR that they will print out the comments and messages from Facebook to add to the letters.

“I think the fire has forced us to look into each other’s eyes and discover the human kindness we have in us,” Pilli told KRCR. “I think it’s so beautiful what came out of this.”