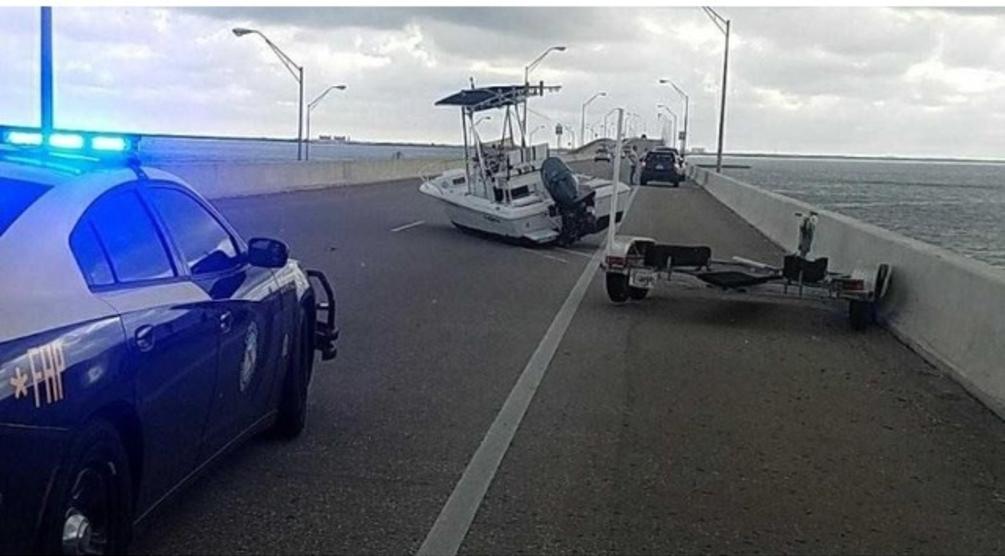 No one was injured after a boat trailer came unhitched from a pickup truck on the Gandy Bridge Sunday, troopers said.

Around 5 p.m., the Florida Highway Patrol responded to reports of a boat accident in the westbound lanes of the Gandy Bridge.

Troopers say a 2012 Ford F150 was towing an 18-foot boat when the trailer hitch malfunctioned, then separated.

The boat and the trailer hit a concrete barrier wall, but no damage was caused.

The driver of the truck was not injured.

Troopers do not believe alcohol was a factor in the crash.

Another Defective Trailer Hitch That Simply Broke Off.

2. Who installed the hitch?

3. What inspections were performed?

4. The Finial One  "Why did the trailer hitch fail?"