Barbara Carr-Long lost her husband, Robert Long, last July when a recliner fell off a trailer driving down U.S. 421.

Three cars were involved in the collision and Long died as a result of the crash.

"When somebody is still alive one minute and then they're just taken from you the next, it's going to take a long time to recover," Carr-Long said.
​
A proclamation from Gov. Roy Cooper declares June 6 as "Secure Your Load Day" and says drivers have a responsibility to make safe and considerate choices.

The simple act of securing a load makes roads safer for everyone.

"What they need to be thinking about is what if I was following my car, or my vehicle, would I want to be behind something that's not secured," Guilford County Sheriff BJ Barnes said.

Hauling an improperly-secured load is illegal in North Carolina. The penalties include community service, a point on your driver's license and a fine up to $2,000.

Carr-Long says it's her understanding that a $50 fine was charged to the person who failed to secure the load.

"In my opinion that is ridiculous and insulting and it does absolutely nothing to deter the behavior that led to my husband's death," she said.

It's a tough reminder that not securing your load could cost a life.

"I'm certain the driver is sorry, but he has no idea what I have been through over the past year and what I will go through for the rest of my life," Carr-Long said.

Allison Smith joined FOX8 News in May 2018 as a reporter. 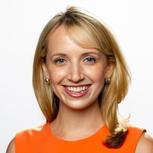 A loose load is the same as

A loose Trailer and is the same as

A loose tire and rim is the same as

A loose horse trailer is the same as

After this story below we have included additional links and video's

More On Natalie Grace
Over 5,000,000 Of Medical Bills
And See Here Progress But If
It Never Happened?  Click Here
View on Mobile