Last night, the Kaulig Racing No. 10 hauler was involved in a highway accident. The hauler was transporting the No. 10 NASCAR Xfinity Series machine that’s to be piloted by Ross Chastain.

Additionally, the NASCAR Cup Series hauler for the No. 47 of Ryan Preece has caught fire.

The co-driver, Barry Collins attempted to regain control of the truck. However, the truck ran through a guardrail, down an enbankment and 60 feet off the road, through the trees.

The truck and hauler became detached from each other. The hauler portion turned over and landed on it’s side.

Both drivers were transported to Mission Hospital.

“While on the way to Kansas Speedway, the No. 10 Kaulig Racing transporter was involved in an unfortunate incident along I-40,” the team said in a statement.

“Both our hauler drivers are alert and have been transported to the hospital for further evaluation. As planned, our team will field two entries and compete for the win.”

This morning the team followed with an update:

“Both hauler drivers have been released and are recovering at home. Thank you to all for your comments, prayers and concern.”

“Our guys have been working diligently through the night to prepare an additional primary for Kansas, with help from our technical alliance partners at RCR.”

Kaulig Racing wasn’t the only team to experience issues on the way to Kansas Speedway. Additionally, a Monster Energy NASCAR Cup Series team has suffered a fire.

The JTG Daugherty Racing No. 47 hauler experienced a fire last night. The hauler was transporting the machine to be driven by Ryan Preece.

“On the way to Kansas Speedway, our No. 47 trailer experienced a fire,” said Tad Geschickter of JTG Daugherty Racing.“Both of our truck drivers are okay. We are assessing the damage to our trailer and race cars and will have more information as it becomes available.” 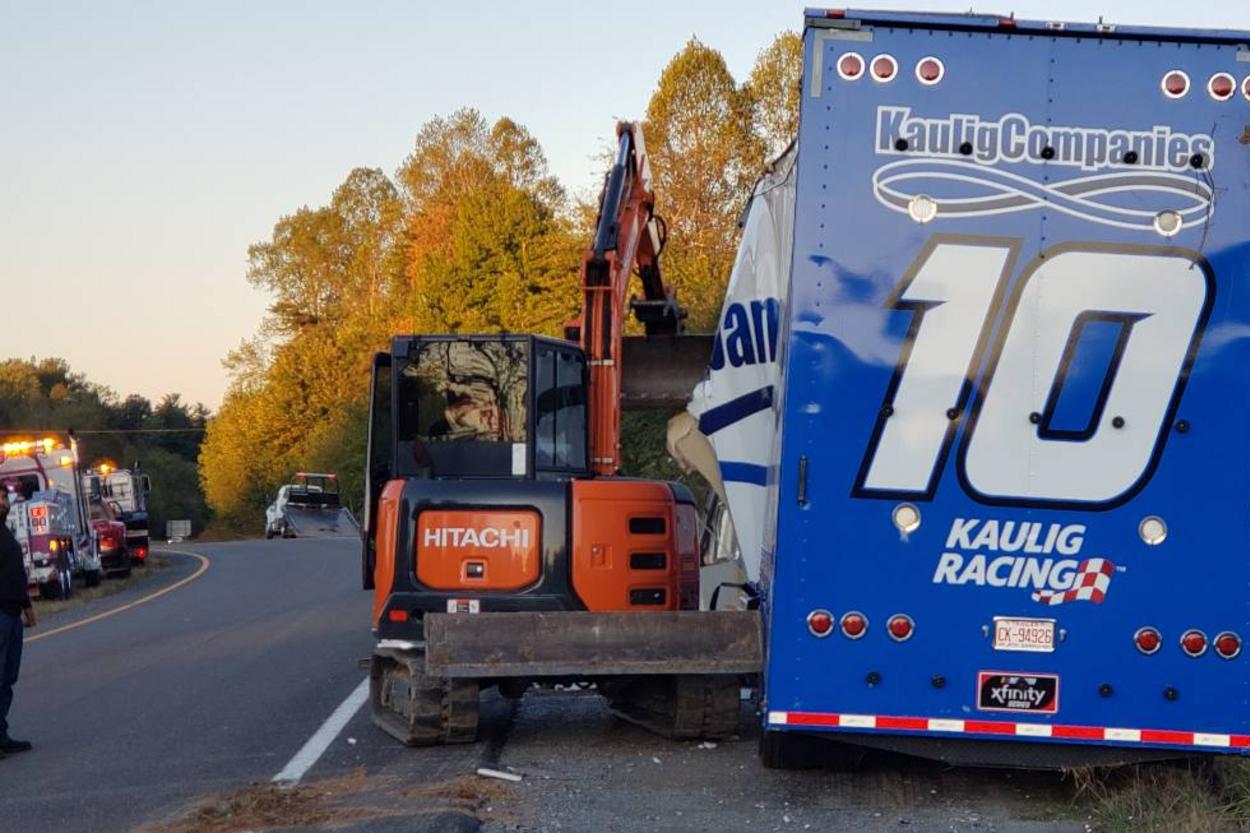 Not Even NASCAR can keep their trucks connected properly.

We have so many questions but the trucking industry keeps suppressing our questions. 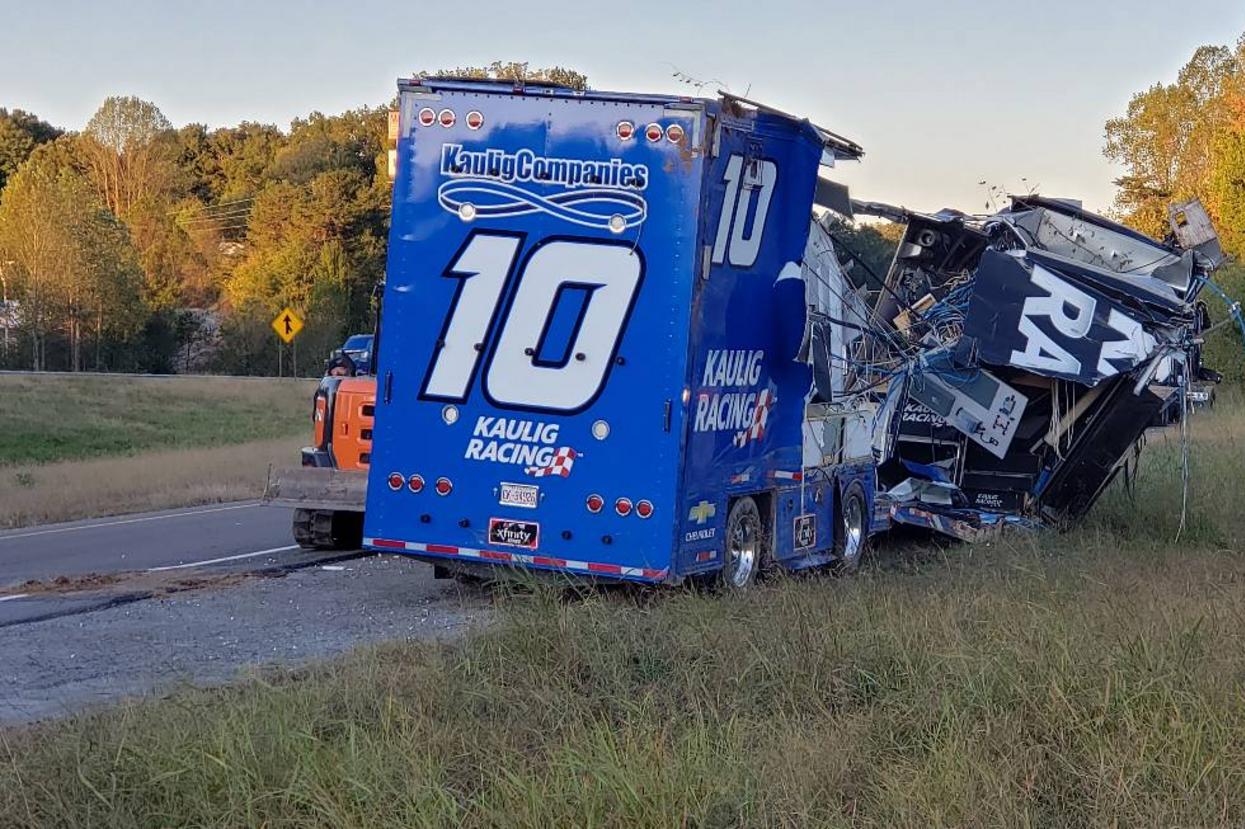