The letters T-E-X-A-S adorn the top of a dinged-up license plate screwed to an old Chevy’s rusty rear bumper, on which you can barely make out “Bob Ellis Chev Olds”—a Winona, Mississippi-based car dealership whose internet trace dries up in this old 1978 newspaper article. Just a few inches ahead, in the bed of the truck, stands a horse, the type of animal normally transported in a trailer, not in a pickup bed.

Honestly, even for Texas, this is pretty strange.

Jalopnik reader SuburbanPhile pointed this out in an email containing the photo above and the description “Taken today...In between Houston and Austin.”

SuburbanPhile, whose real name is Brian Schneider, told me he commutes 65 miles daily from Houston roughly half the distance to Austin—specifically to Brenham, Texas, where he runs his online automobile filter shop and also a brick-and-mortar NAPA store.

That drive takes Schneider from the city out into some pretty remote parts of his great state, including a particular stretch of Highway 290 just west of the small town of Hempstead, Texas. That’s where he spotted this 1970s Chevrolet C10 pickup with a horse standing in the bed, surrounded by a custom cage.

“I usually have a boring drive, but when I saw this one I had to take a couple of pics,” Schneider told me over email. “Horse trailers in Texas are common, but this one blew my mind because I’d never seen anyone put a horse in the pickup bed before; to do so in a 1972-73 Chevy ½ ton just cracked me up,” he continued.


I’m glad to see that he, a Texan, reacted the same way that I did when I saw the photo, because I half expected this sort of thing to be commonplace down there.


“He was doing about 65 in the slow lane, and I first thought it was yet another horse trailer. The fabrication looks old so I was guessing that he had this done to his old farm truck a long time ago and still uses as transport when needed,” Schneider explained.

Schneider then went on to show some respect to the seasoned, plaid shirt and dirty cowboy hat-wearing cowboy in the driver’s seat.

It is in some ways resourceful in that there’s at least a cage protecting the horse from falling out, and there’s a fairing to keep the wind out of its face. That’s more than can be said about the other horse-transported-in-pickup story (dubbed animal abuse by some) that a number of news outlets reported on earlier this year.

I’d say 65 mph seems a bit fast for something homemade like this, and I do worry that the animal might be spooked by other cars driving by since the contraption isn’t entirely enclosed. Plus—and I’ll admit that I know very little about horse transport—it seems like a number of horse trailers have narrow bays with padded walls, presumably to keep horses from falling over in turns. This pickup doesn’t have those.

So, as effective and inventive as this horse-transporting method looks, it’s not something I can condone. (Out of curiosity, I’ve reached out to the Texas DMV to get its take and will update if I hear back.)

I’m sure there’s more to this story about a cowboy transporting equine cargo in the bed of a customized pickup truck, but that’s all we have for now. 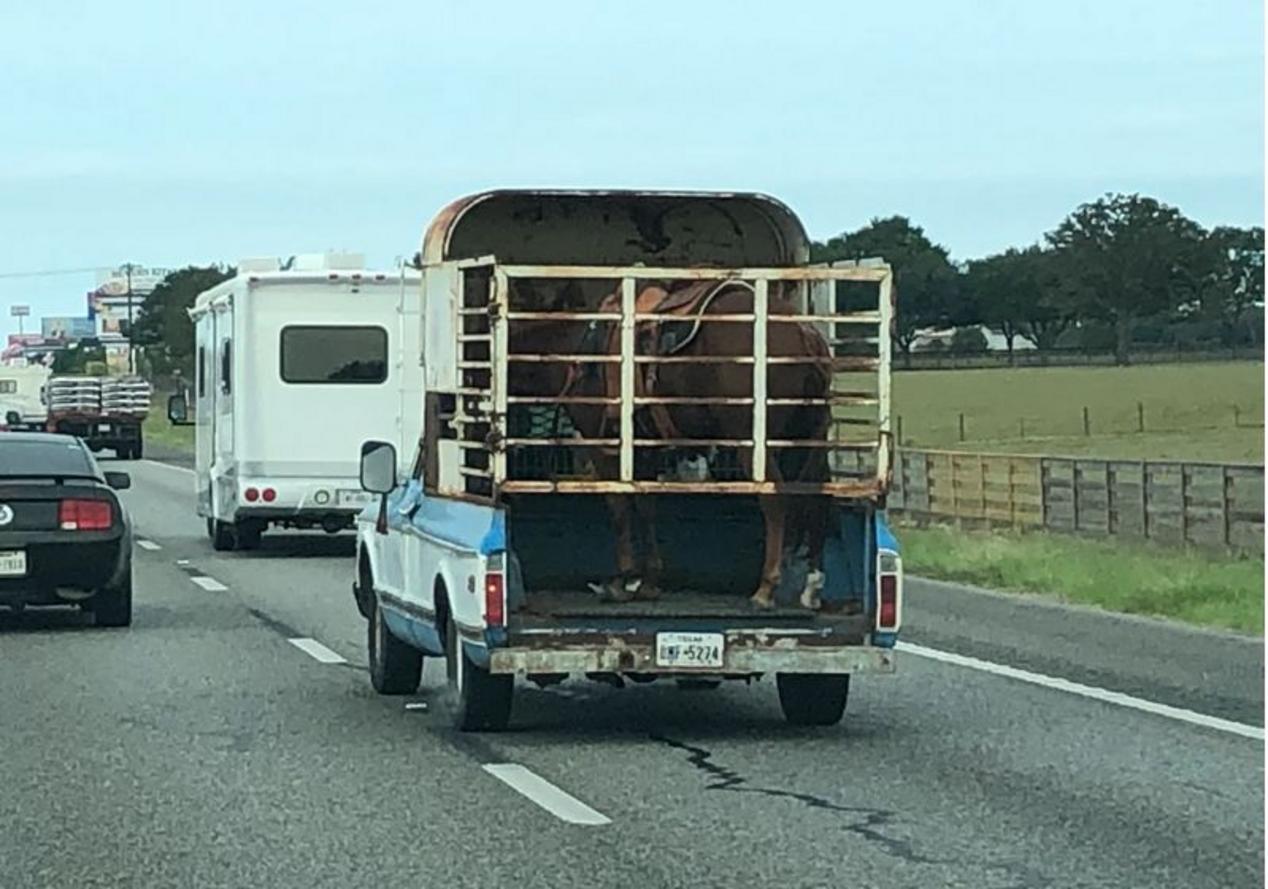 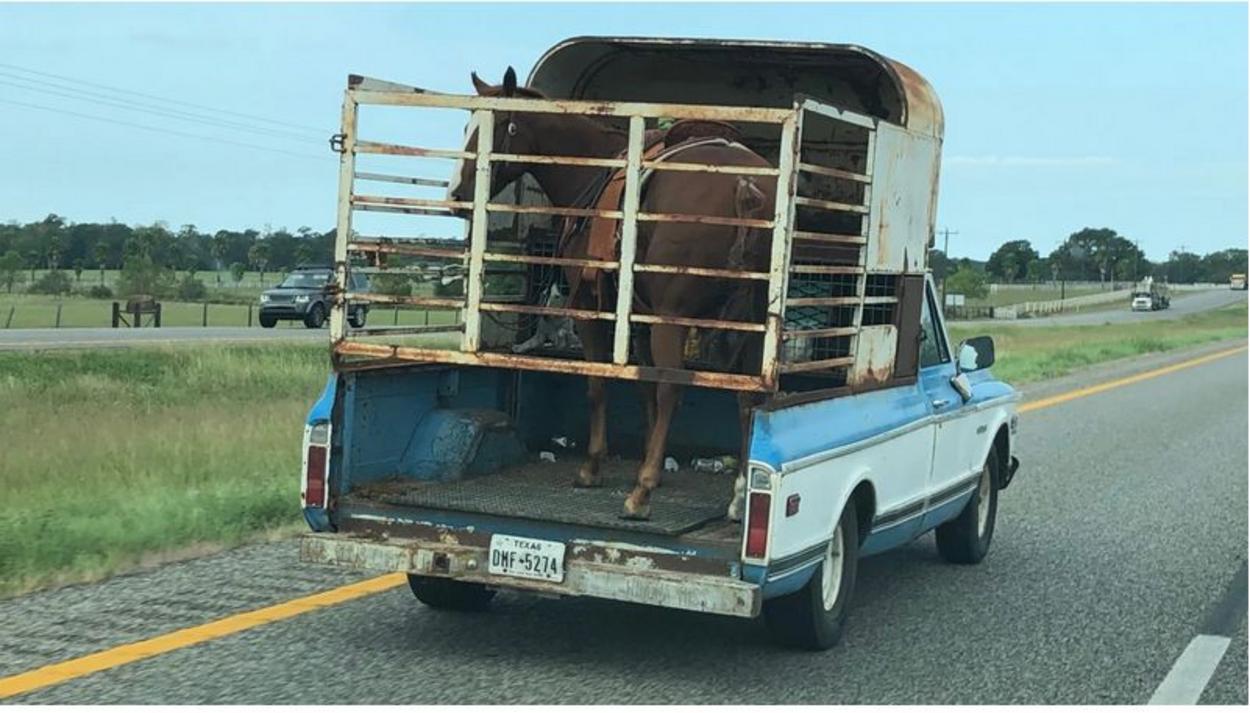