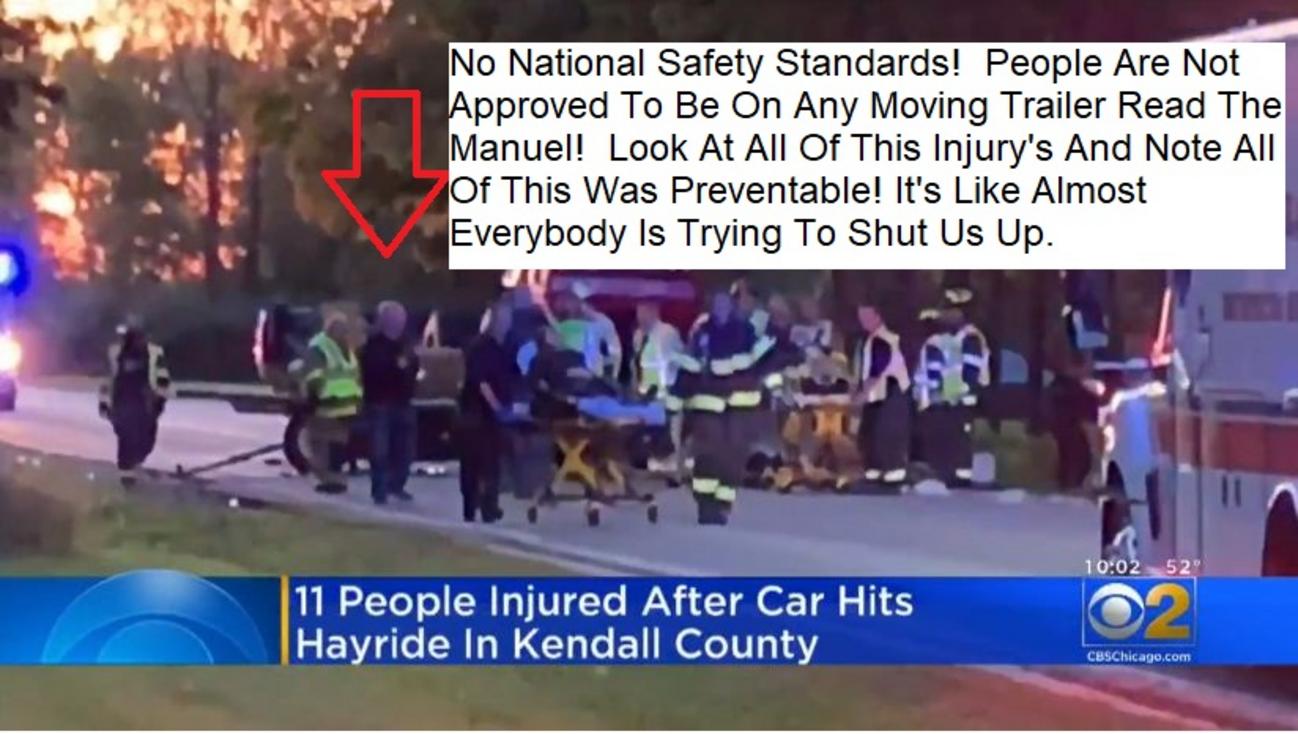 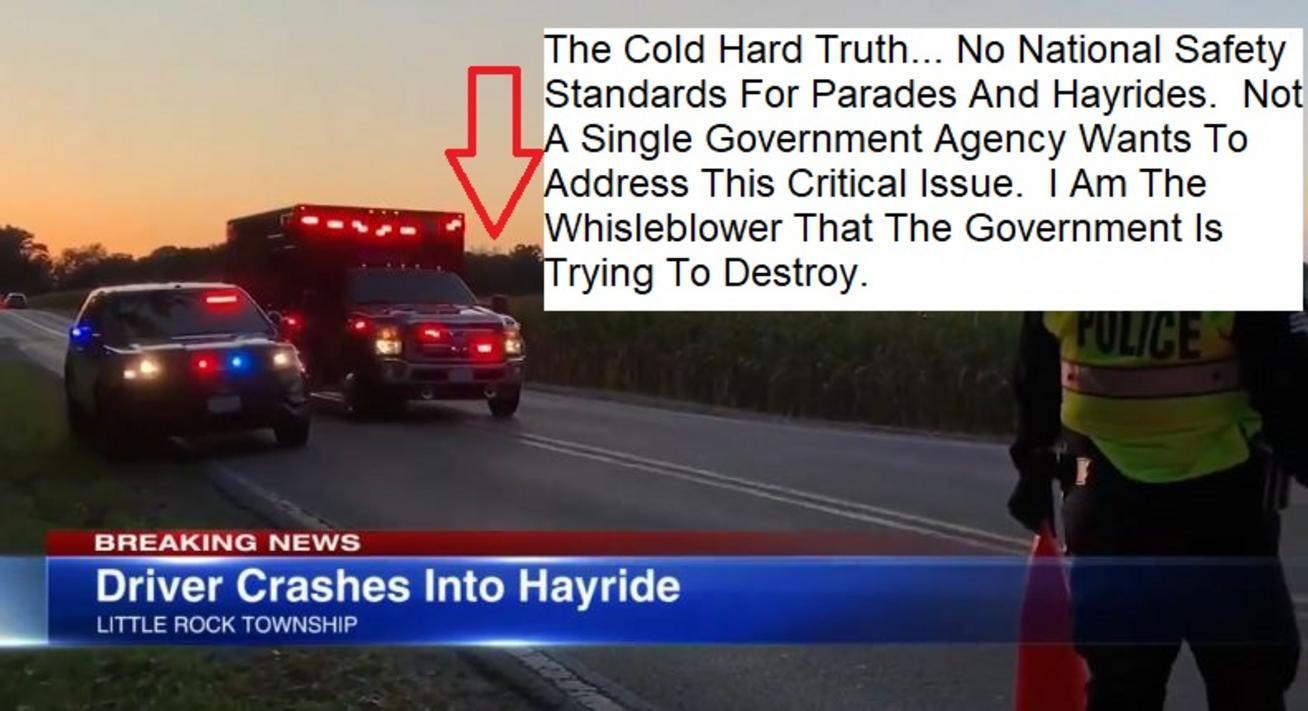 The accident occurred at around 5:30 p.m. in Little Rock Township near River Road and Blackhawk Road.

The car flipped over after hitting the hayride wagon, which was carrying roughly a dozen people at the time, according to the Plano Fire Department.

The 11 passengers injured were taken to four hospitals.

There were two people in the car, and they were both treated at the scene.

Police are looking into who was at fault in the accident.

An investigation into the crash is ongoing. 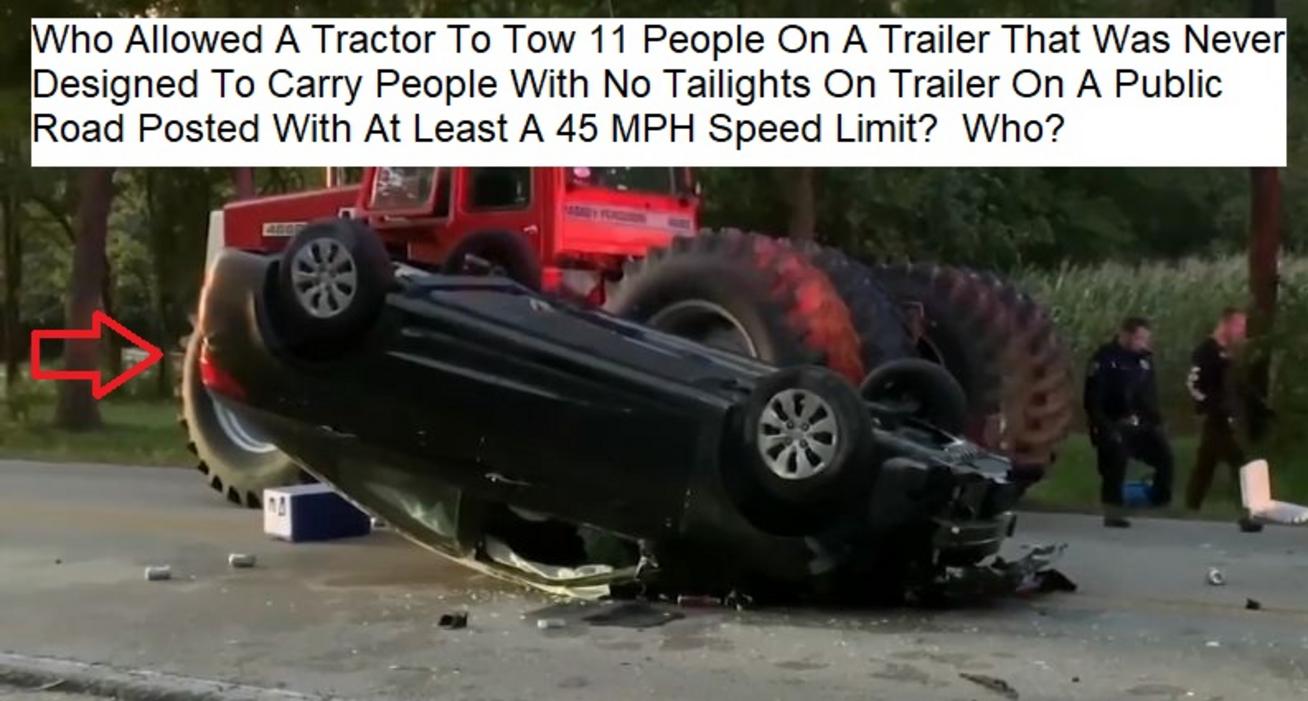 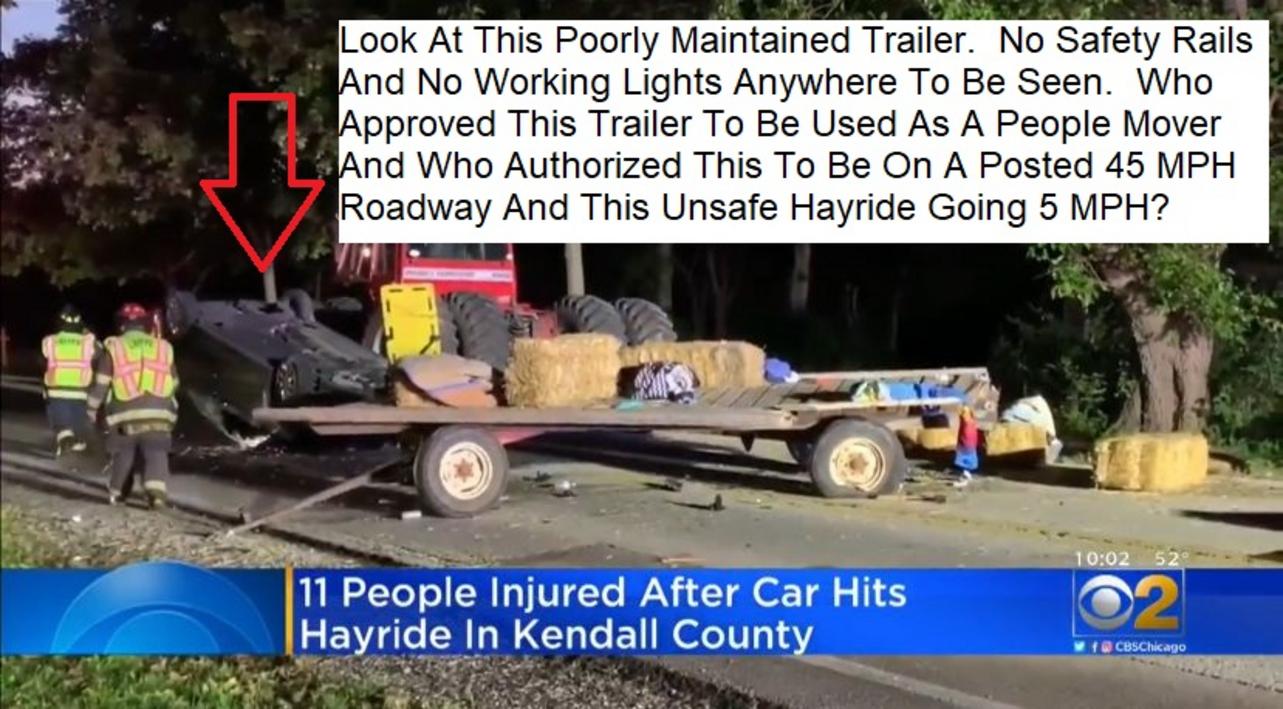 About 11 injured after car crashes into hayride in Kendall County: authorities 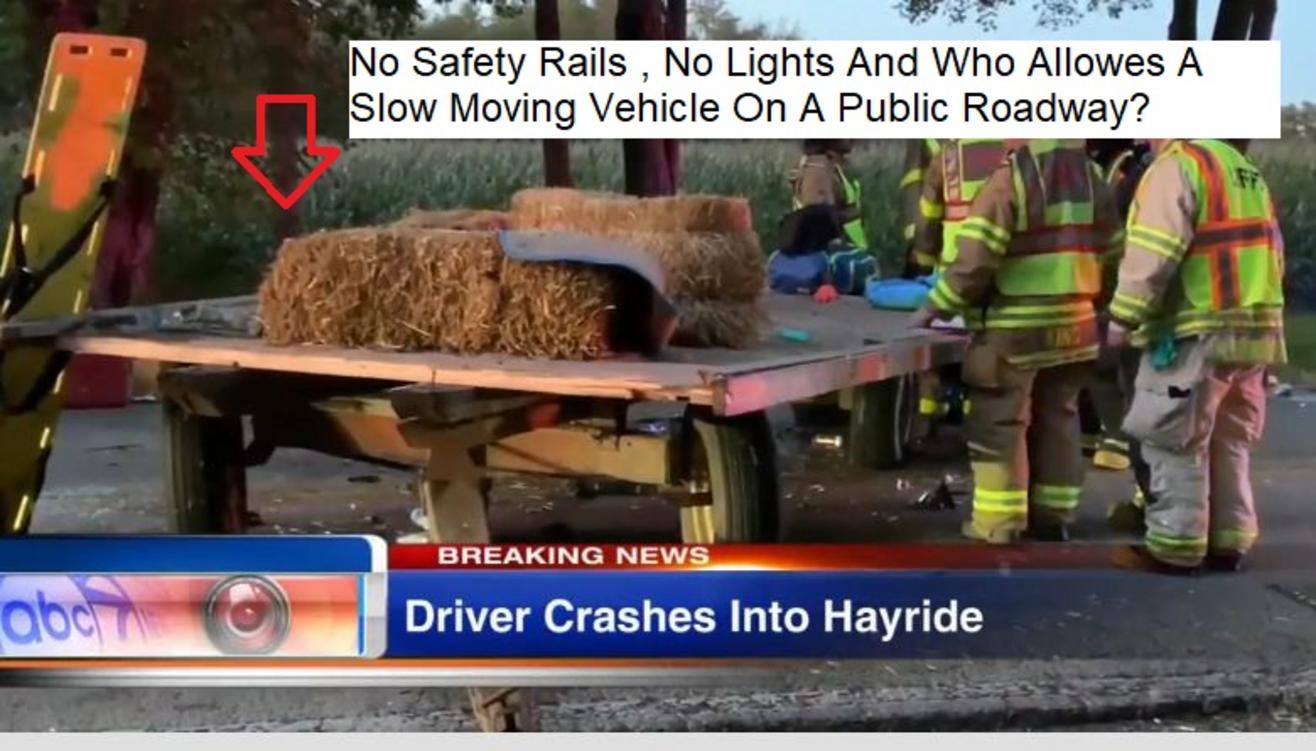 We warned everybody we could it seems like everybody is trying to shut us up except for a few who have walked the path we have.

The Farmers hate our cause

The Government ignores our cause

The Police Department's has no authority to enforce anything on hayrides

Who allows a slow moving vehicle towing a trailer on a public roadway going 5 mph?

We Warned Everybody we could and almost everybody has tried to destroy our cause well maybe now people will take us seriously.