The truth Henrico County Virginia has a trailer parking ordinance that states that these eyesores must be parked in your own driveway and not impeead past the line of the home.   Instead of enforcing the law on these violations of county code for some reason they go after the person who simply wants the government to clean up our neighborhoods.

This blue-tarped boat, with a 2018 registration sticker for Washington, was the the subject of the first enforcement of The Dalles’ new ordinance banning on-street storage of oversized vehicles.

The first tow under the city’s new ordinance banning the storage of RVs and oversize vehicles on city streets involved a boat on a trailer with expired Washington plates.

The blue-tarped boat was towed without incident Friday afternoon, July 19, from the 600 block of West 11th Street. A city police officer stood by as the city’s codes enforcement officer oversaw the boat and trailer getting hauled off by River’s Edge Towing of The Dalles.

Two days earlier, another city officer had placed a neon green tow sticker on the boat trailer’s fender, just after 9 a.m. on July 17. It warned that the vehicle would be towed July 18 if it was not removed from public streets.

It took an extra day, but the vehicle was removed.

The boat and trailer were small enough for Rivers Edge to handle. For larger vehicles, specifically RVs, the city plans to work with Guzman Bros. Mobile Repair and Towing out of Hood River. RVs are expensive to tow because they must be fully dismantled to be scrapped.

If no one comes to claim the RVs, the city will have to pay about $2,500 per RV for their disposal. The city has $20,000 budgeted for that this fiscal year.

Yancy McCall, a recovery operator with River’s Edge Towing, said it is nerve-wracking to do such tows because owners can become irate.

Usually tow operators are a welcome sight for stranded motorists, he said, but not when it is initiated by law enforcement. “Fortunately, nobody was there for this one,” McCall said. “I’m not fist-fighting anybody over a boat.”

Under the tarp, refuse was stored in the boat. The boat itself, which measured about 15 or 16 feet, had a Washington registration sticker dated 2018.

McCall said usually boats that are towed away “are garbage,” but he said “This is probably the best shape of any boat we’ve pulled in.”

City Codes Enforcement Officer Nikki Lesich said a neighbor came out and asked if they could tell the owner what had happened.

McCall said Rivers Edge would send a lien letter to the last registered owner of the boat. Fees are about $330 up front, plus a $40/day storage fee that accrues.

The tow sticker warns owners that they have to pay impound and storage fees to reclaim their vehicle or boat, and if they don’t claim it, the vehicle will be sold to recover costs.

At the same time the officer put the tow sticker on the boat trailer, he tucked underneath the winch strap connecting the boat to the trailer a $20 parking citation for “prohibitive street storage.”

The citation is written on an envelope, and the recipient is told that they can put the fine in the envelope and drop it off or mail it to municipal court or the police station.

Because the boat was on a trailer and the trailer tires were inflated, it was an easy tow for McCall. It would’ve been more expensive if he’d had to use a flatbed to haul the boat and trailer.

The new ordinance bans storing RVs on the street, or any oversized vehicles, such as utility trailers, campers and boats. RVs can get up to six free permits a year to stay on a street for loading and unloading. Each permit is good for five consecutive days, and they can’t be used consecutively.

Under the old ordinance, RV owners could continue to keep their vehicles stored on the street as long as they paid the $20 parking ticket for doing so.

On July 23, deadlines were posted on four more motorhomes—three of them in the 2100 block of West Seventh Street and one at the west end of West Second Street—to be off city streets by July 28 or have a permit.

After the RV ordinance was passed, city police officers began putting door hangers on RVs parked in the streets, warning that street storage was not permitted. But one city officer said none of the vehicles had moved after getting the door hangers.

His hope was that once vehicles started getting towed, people would begin moving oversized vehicles off city streets of their own accord.

McCall said he understood how people could be upset to have their property hauled off, but he added, “We‘ve gotta keep the streets clean.”

By Neita Cecil The Dalles Chronicle
2 hrs ago0 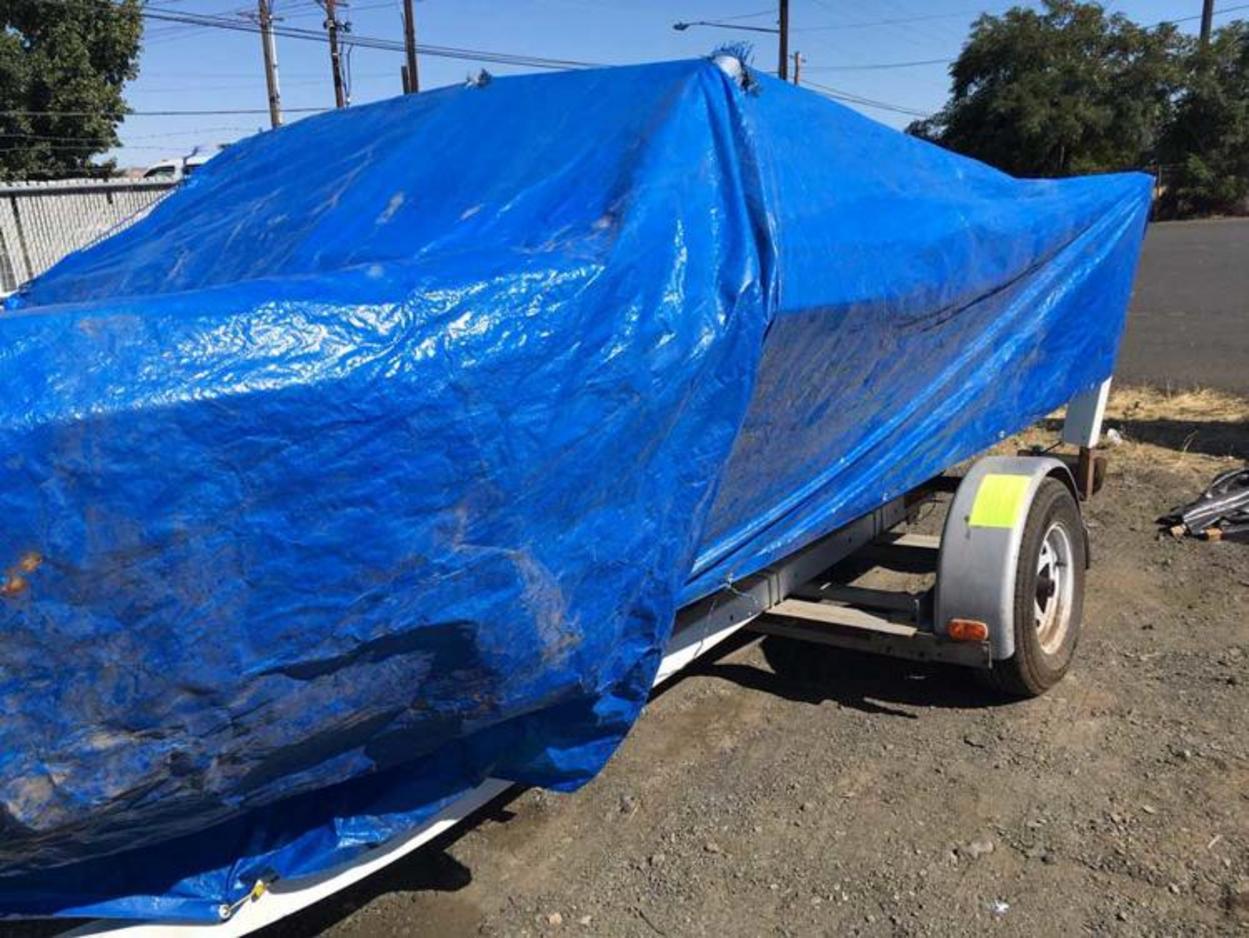