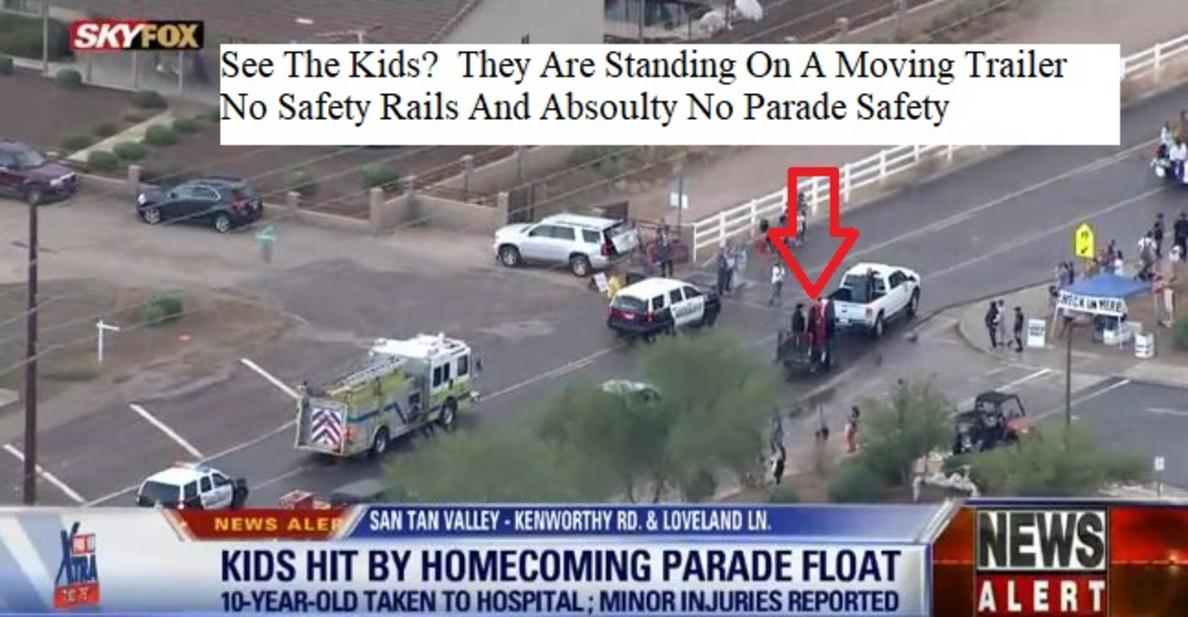 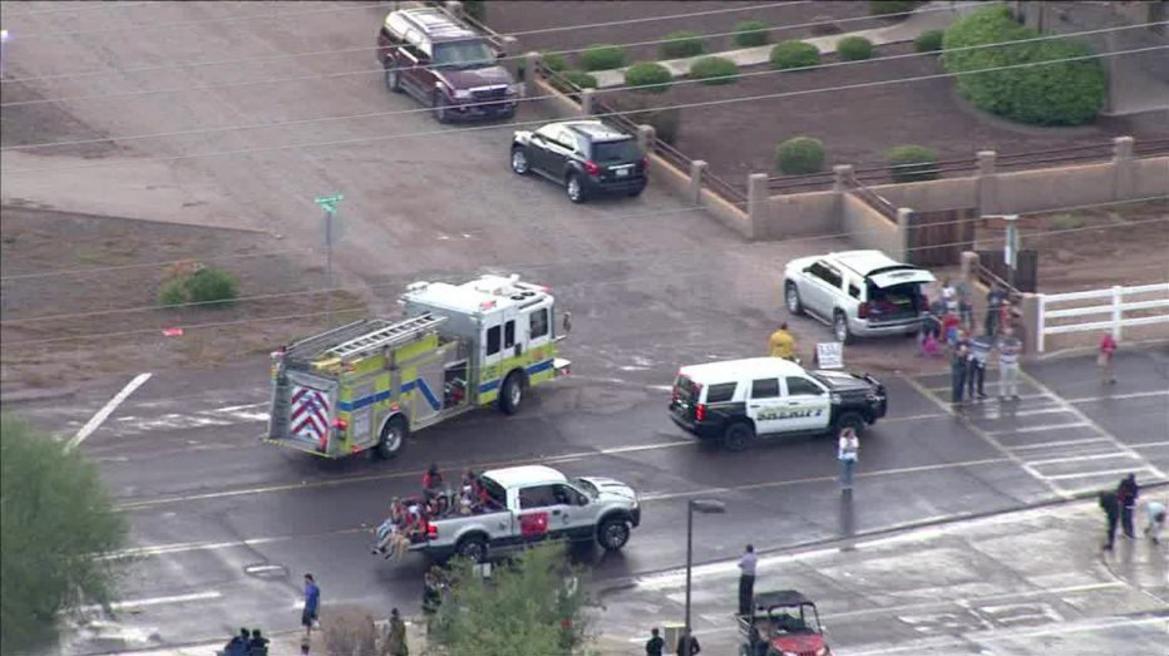 Child run over by parade float in San Tan Valley 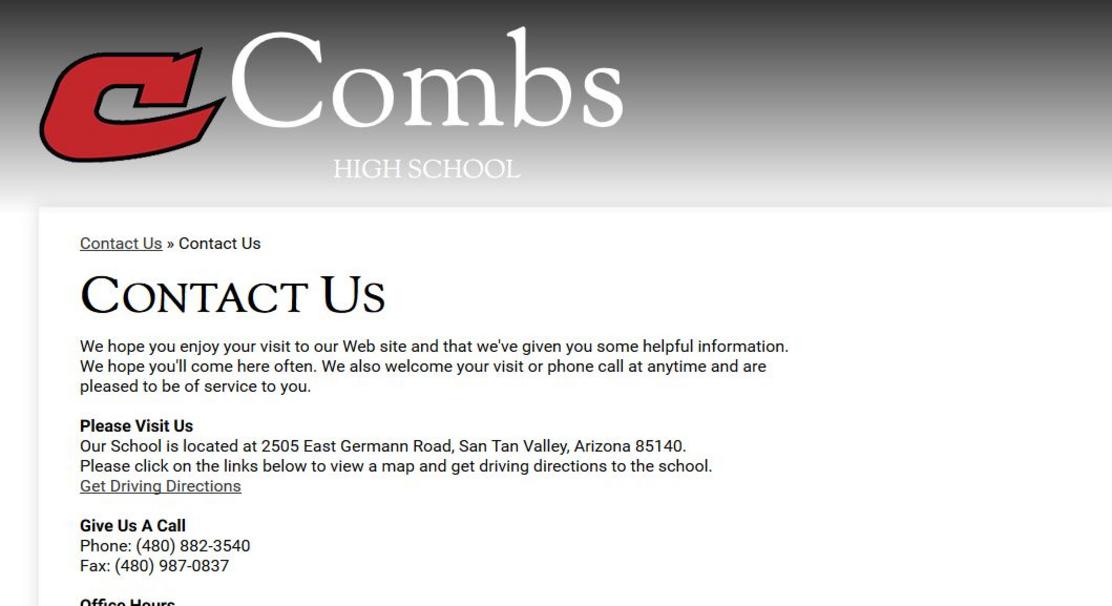 Child injured after being run over by parade float

A 10-year-old was taken to the hospital in San Tan Valley following an accident that happened during a homecoming parade.

SAN TAN VALLEY, Ariz. - A 10-year-old was taken to the hospital, after he was run over by a parade float in the San Tan Valley area.

According to officials with Rural Metro Fire Department, crews responded to the area of Loveland Lane and Kenworthy Road at around 5:18 p.m. for a report of a car vs. pedestrian crash. According to witnesses at the scene, the child was taking part in a homecoming parade that was being held in the area. He was running up to one of the floats to grab some candy when his right foot was caught under the wheel of the float, and the float's tire ran over the right side of his body.